DO CATS DREAM WHEN THEY SLEEP?

Cats spend most of their lives sleeping peacefully, but is it possible to know if they dream? If you observe a cat dozing, you often see him stretching its legs, “smiling” or even moving its mouth as if he were sucking milk. This would suggest that cats are able to dream.

Domestic cats are among the animals that sleep most in the world, from 13 to 16 hours a day. This is a characteristic common to the whole Felidae family, which requires many hours of rest, due to both their nutrition and lifestyle. Let’s see in detail the reasons for this behavior.

Why do cats sleep so much?

Hunting for cats is a tiring activity and for this they need long sleeps to rest, in order to be quick to catch the next designated prey. Furthermore, being small animals, they have a very fast metabolism that requires more energy, which are recovered through sleep. That’s why the wild cat needs to sleep many hours.

The domestic cat, even if he does not need to go hunting, takes advantage of every opportunity to rest, to take a nap on a soft cushion. Our house cats certainly like to sleep, but they also need a place they consider safe, in which to relax, whether it is a kennel, a cushion or a blanket. Cat sleep comfort is therefore important and for this reason Ferplast design all kind of bedding trying to meet the needs of each individual pet. 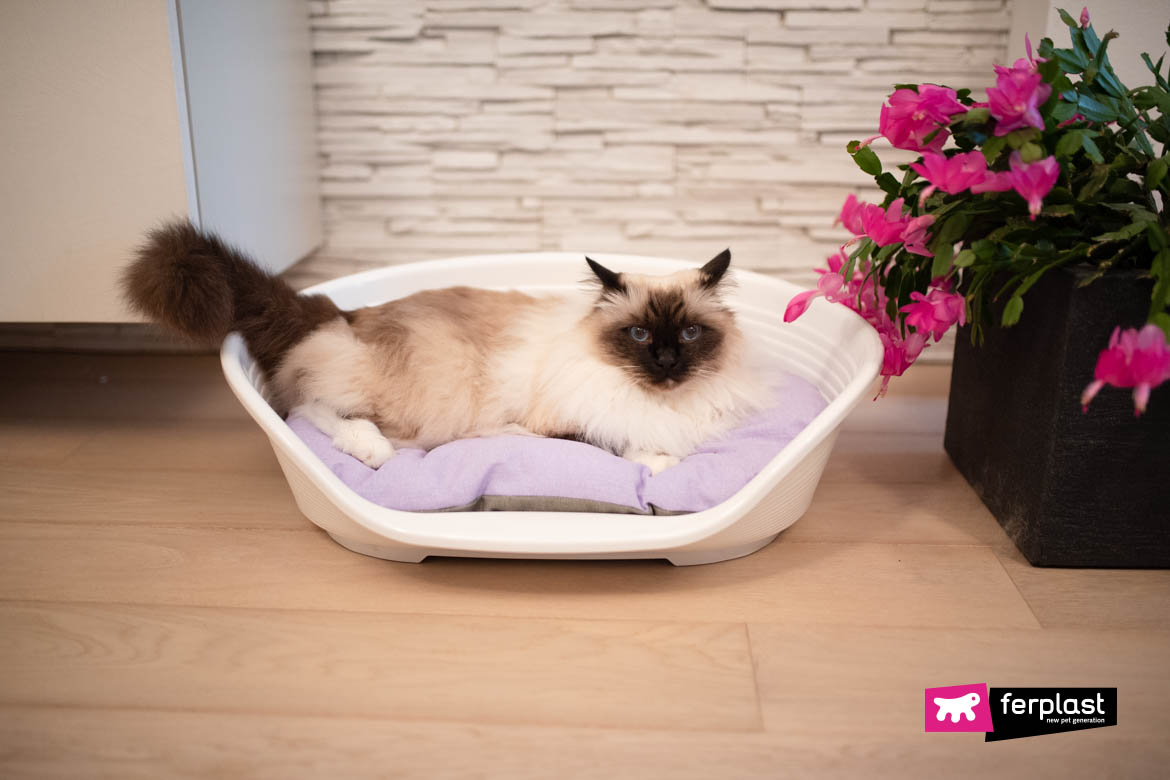 Is it possible to know if cats dream?

As with humans, cats go through different stages of sleep, the light and the deep one, the so-called REM phase, and then start this cycle several times in a night. For humans, the complete sleep cycle lasts 90 minutes, for cats only 22 minutes.

The REM phase or rapid eye movement is so called because when we are dreaming we are in the deepest phase of our sleep and even if they are closed, the eyes move very quickly.
Since cats also go through the REM phase it means that they dream too. 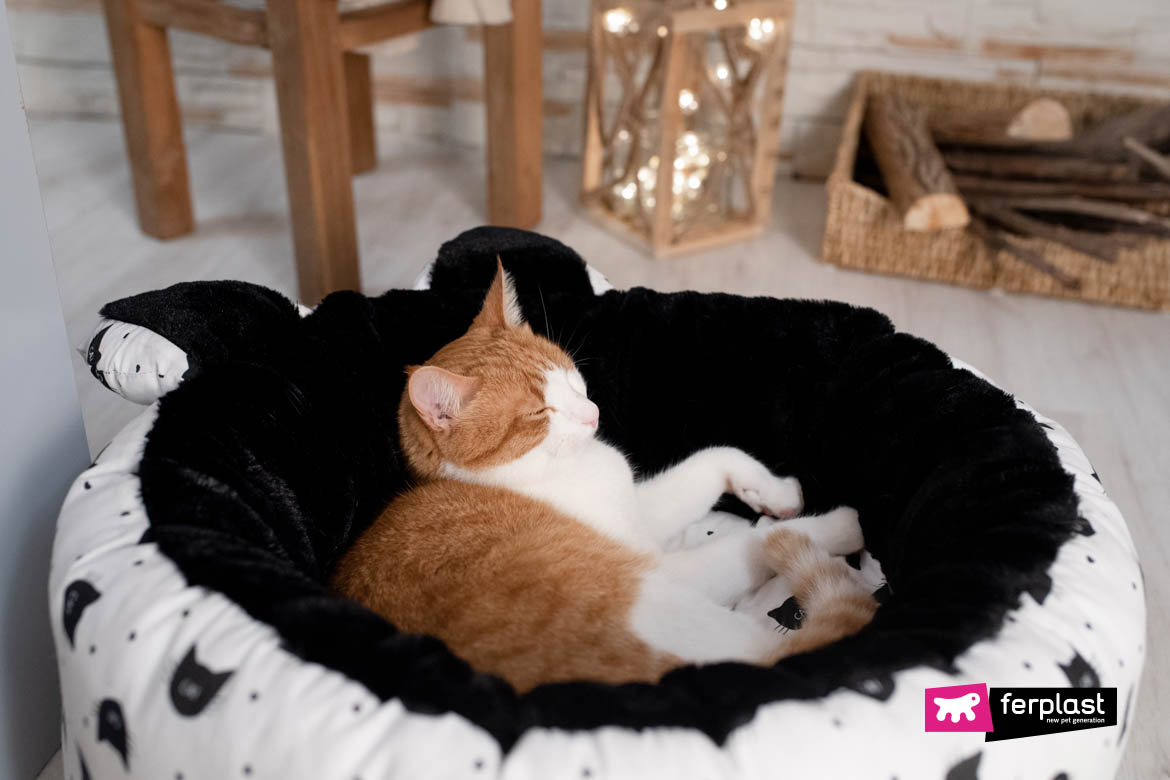 When the cat enters this phase his body turns off the muscles control system, even if from time to time this does not happen and we see him making small movements. Let’s find out why. 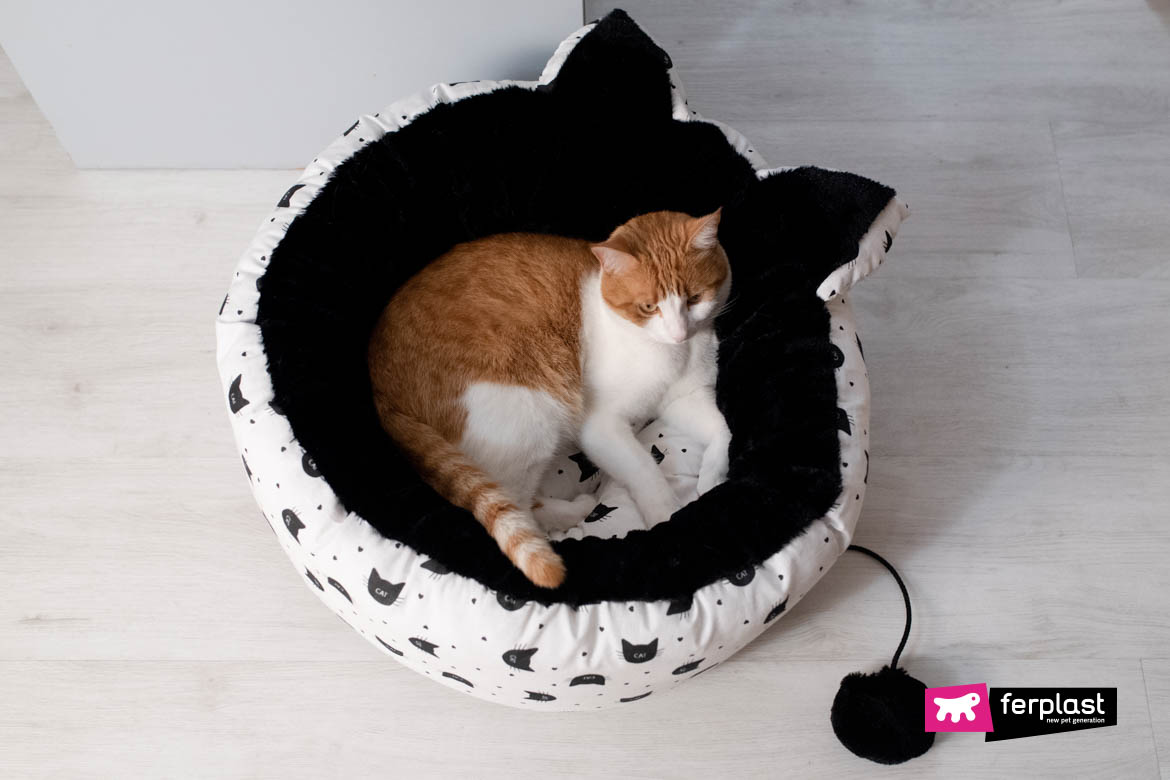 The movements in the cat’s sleep

During the REM phase of sleep, the cat often moves or makes sounds, indicating that he is retracing his day in the dream. Sometimes he wags his tail, moves his mustache, stretches his legs or pulls out his claws, meows or blows. But what will he be dreaming of? By observing a cat while sleeping on its cushion we can understand if he is calm or agitated, peaceful or if he is hunting.

In older animals, the switch that turns off body movements becomes less effective, with greater movement during sleep, so much so as to wake them up. 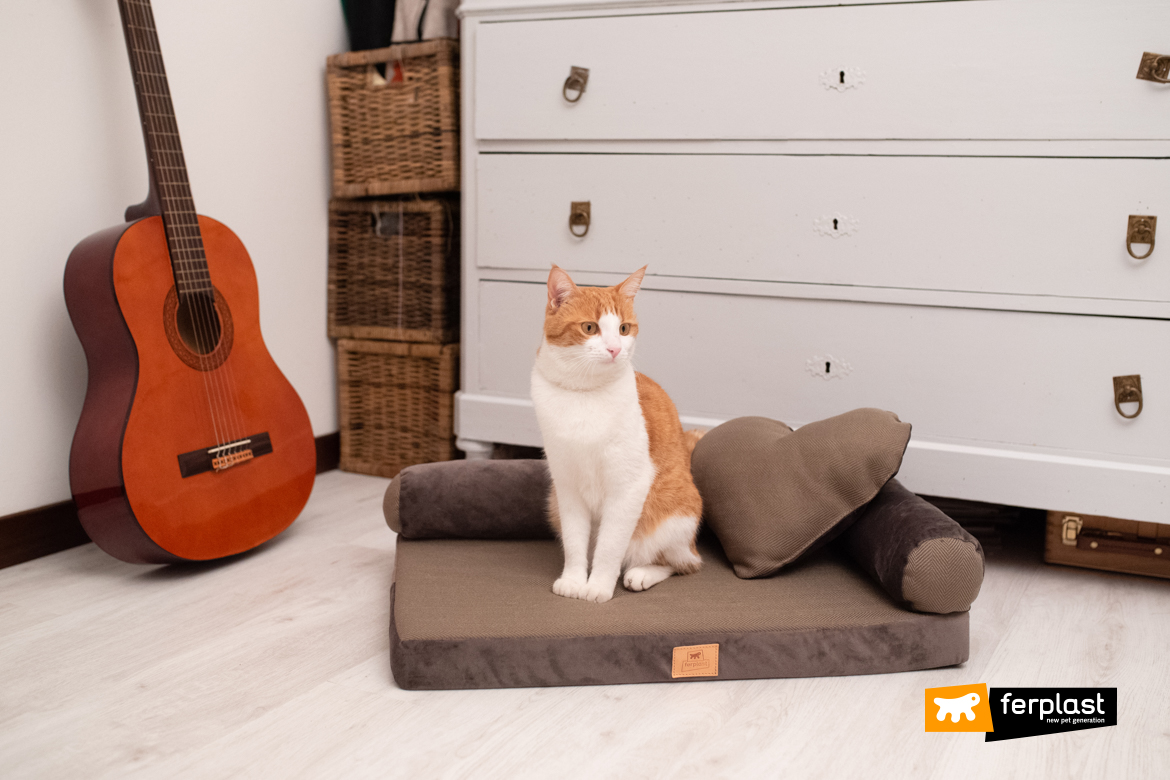 However, remember to never disturb the cat while it is sleeping, especially during this phase, because this could make him nervous and lead him to seek a safer refuge the next time he wants to go to sleep.