CAT BRAIN: HOW IT CHANGED WITH ADDOMESTICATION

Cats are elusive animals, yet something in the cat’s brain has changed since humans gained their trust.

The domestication of the cat has led to a reduction in the size of the brain over the last 12,000 years.

The cat before domestication

It is not possible to know for sure when the wildcat underwent the process of domestication by humans. However, studies on the subject agree that the domestic cat is a cross between the wildcat and the African cat and therefore has African origins. The switch from one to the other occurred when man realised the importance of the cat in everyday actions such as hunting mice, which can carry potentially fatal diseases. Originally the cat did not have a highly developed brain. The first cat specimens with a large brain and very similar to today’s cat date back ten million years. 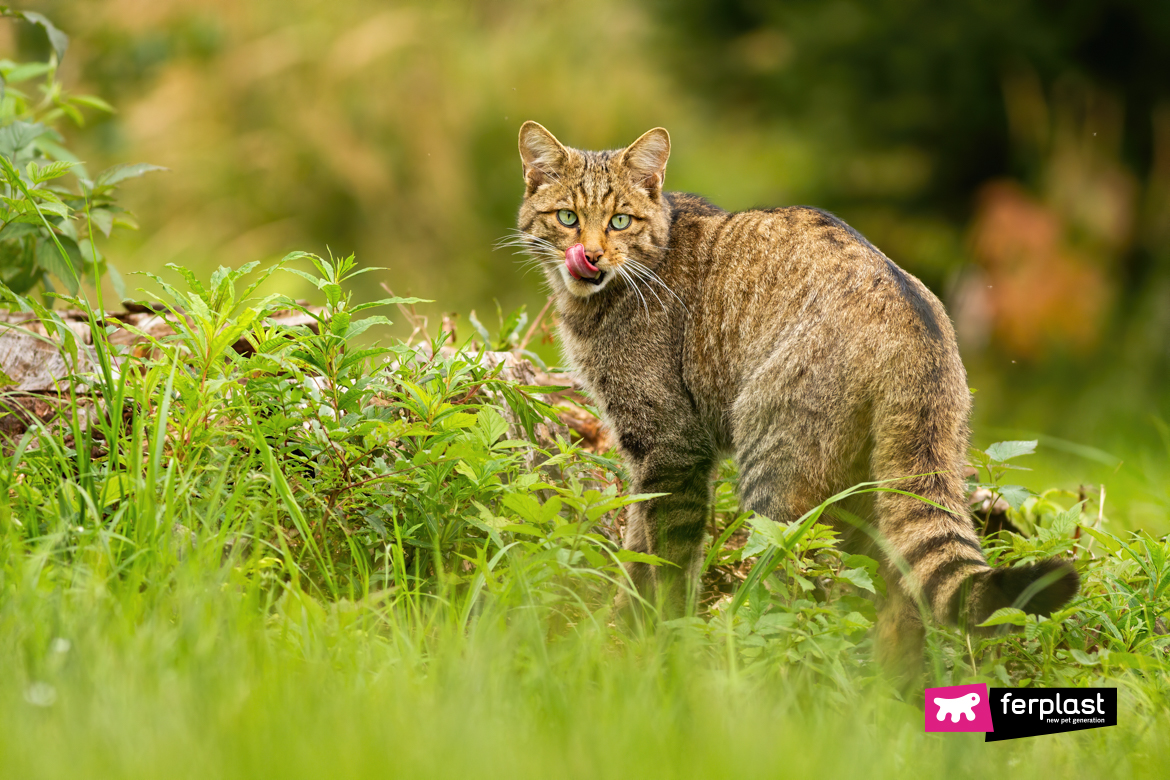 What is the brain of the domestic cat like?

The brain of the domestic cat is smaller than that of other mammals, but structurally it is like the human brain. It weighs between 25 and 30 grams and is 5 centimetres long, making up about 0.91 % of the cat’s body. It consists of the cortex and the cerebral lobes.

The cat’s brain after domestication

A recent study conducted by the University of Vienna and the National Museums of Scotland and published in the Royal Society Open Science has shown that the cat’s brain has undergone an unstoppable reduction over the last 12,000 years. The study was conducted by comparing the skull size of the domestic cat with that of the wild cat and the African wild cat. The variation is directly proportional to that of the brain. Wildcat has a larger skull, which means he has more grey matter. 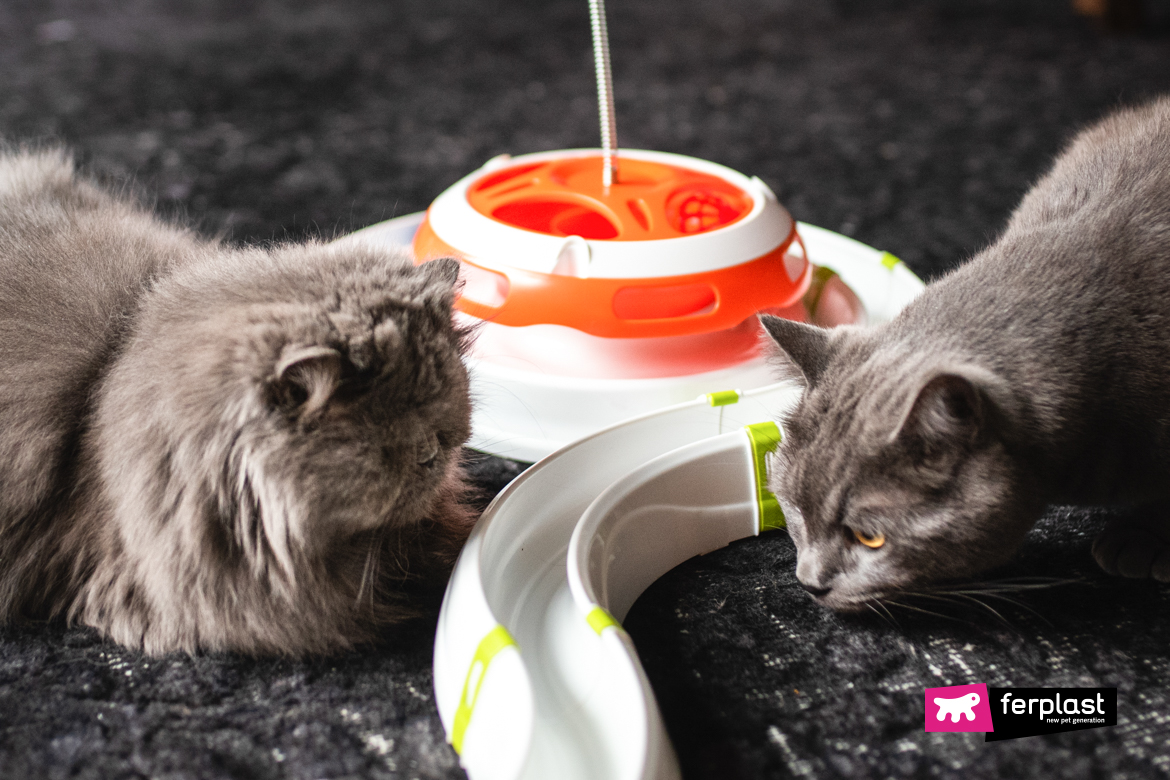 How did the reduction in size affect cats?

Domestic life has influenced the development of the brain, which is 25% smaller than in wild animals. They get less excited and are less prone to fear. This is due to the decrease in neural crest cells, which are responsible for processing and responding to threats. Due to domestication, cats have developed a very close relationship with humans, resulting in a loss of the characteristics of their ancestors.

How to stimulate the cat’s brain?

Even if a reduction in skull size does not indicate lower intelligence, cats, especially those used to living indoors, need to be stimulated. Ferplast’s toys from the Clever&Happy range have been designed to activate both mind and body. Twister, for example, designed to keep attention alive and stimulate curiosity thanks to the balls that move inside the discs. Typhon, on the other hand, is the modular circuit equipped with an LED ball that moves along the path and intrigues the animal. Or Trea, the cat skill game with kibble hiding place that stimulates the animal’s predatory instincts and forces him to eat more slowly. 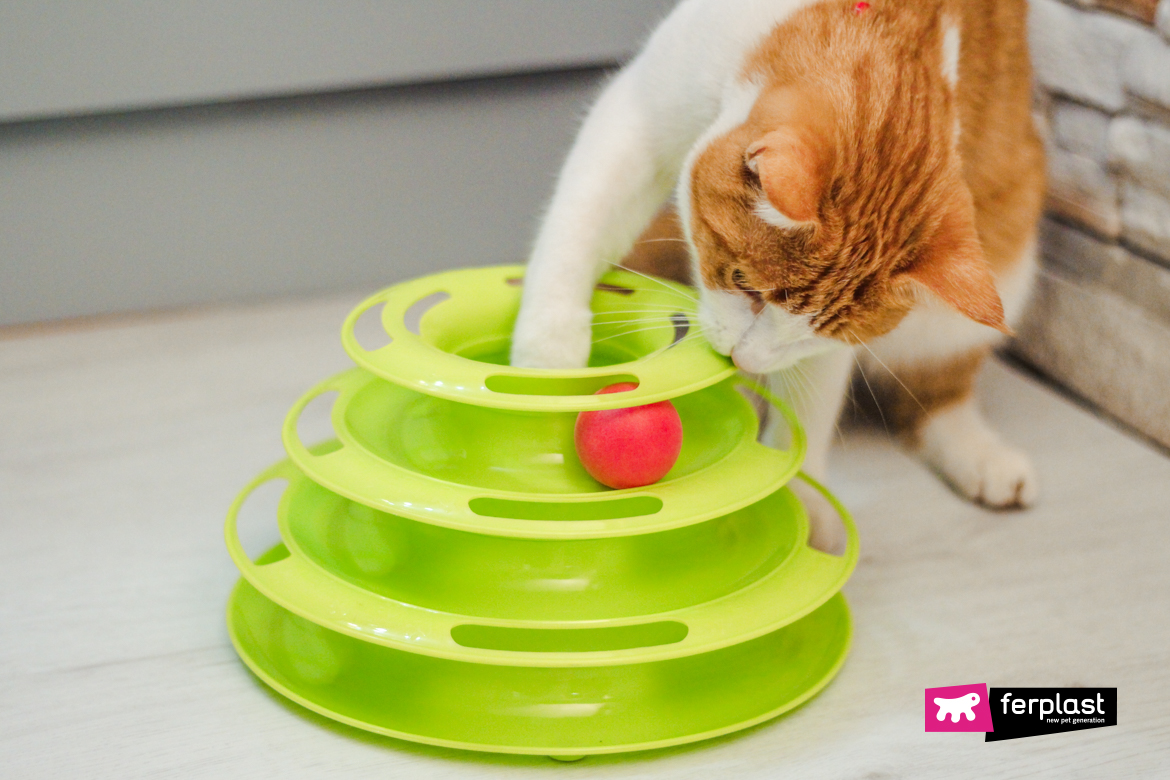 The skull of the domestic cat is smaller than that of the wildcat. A smaller brain does not imply a decrease in intelligence, but rather a change in the habits of the modern cat compared to its ancestor.