WHAT ARE THE CHARACTERISTICS OF THE SORIAN or TABBY CAT

The tabby cat is currently the most common cat in our homes and is commonly referred to as a European mixed breed cat.

Although it is an impure breed, the tabby cat has special characteristics that distinguish it from other cats.

Origin of the tabby cat

The adjective “tabby” or “Sorian”, which defines the most common domestic cats, is due to the region of origin of this cat, Soria, i.e. present-day Syria, where he was particularly present in the wild. He is also called Tabby, after the region of Iraq that produced a silk that resembled the cat’s fur. His history began in 2000 BC in Egypt, where he was revered as a sacred animal, and then continued in Europe, where he managed to survive thanks to his hunting nature. 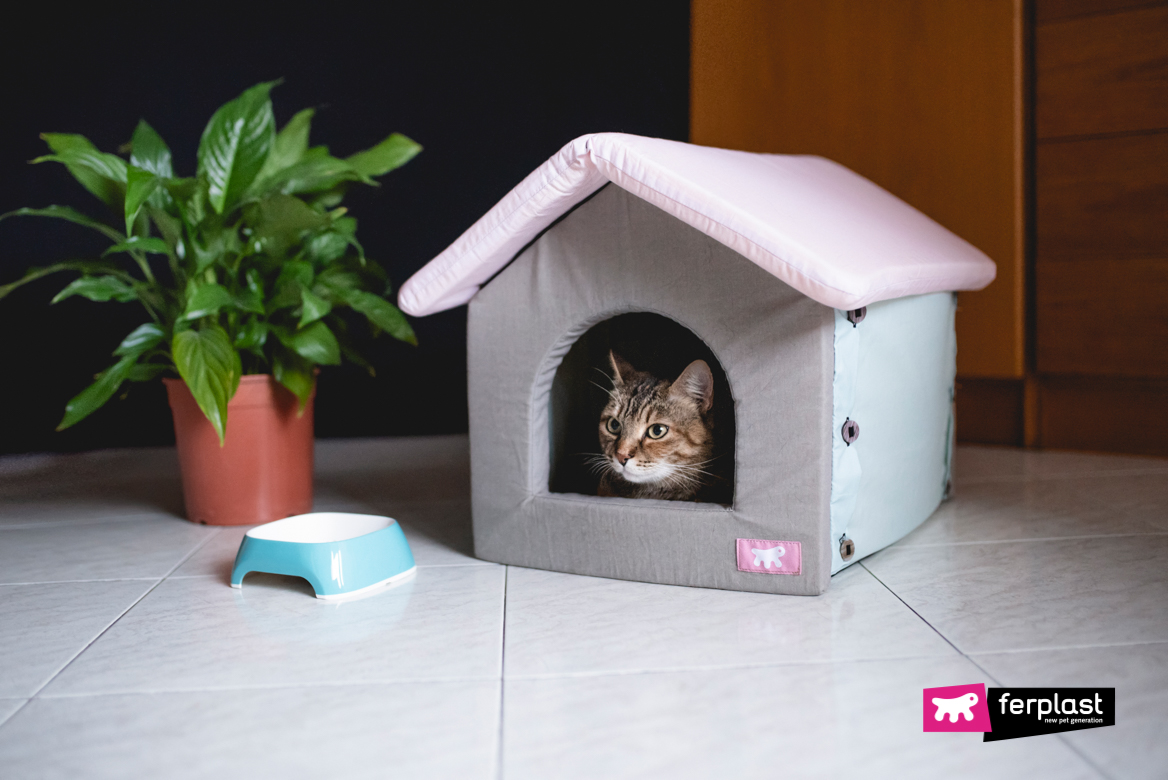 Physical characteristics of the tabby cat

Size and weight: The tabby cat is a medium-sized cat. An adult male cat can weigh up to 6-7 kg and a female can weigh 3-4 kg.

Appearance: The body of the tabby cat is agile and robust. His head is proportionally larger than the rest of his body. His ears are straight and wide apart, his eyes are round and slightly slanted, green, blue or havana depending on the colour of the coat.

Coat and colours: The tabby cat generally has a soft coat and an undercoat, which can be longer or shorter depending on the climatic conditions where the cat lives. It may be black, grey, coppery orange, white or brown. The coat is usually characterised by a mixture of spots and stripes. The colouring is due to continuous random genetic combinations between specimens of different origin. 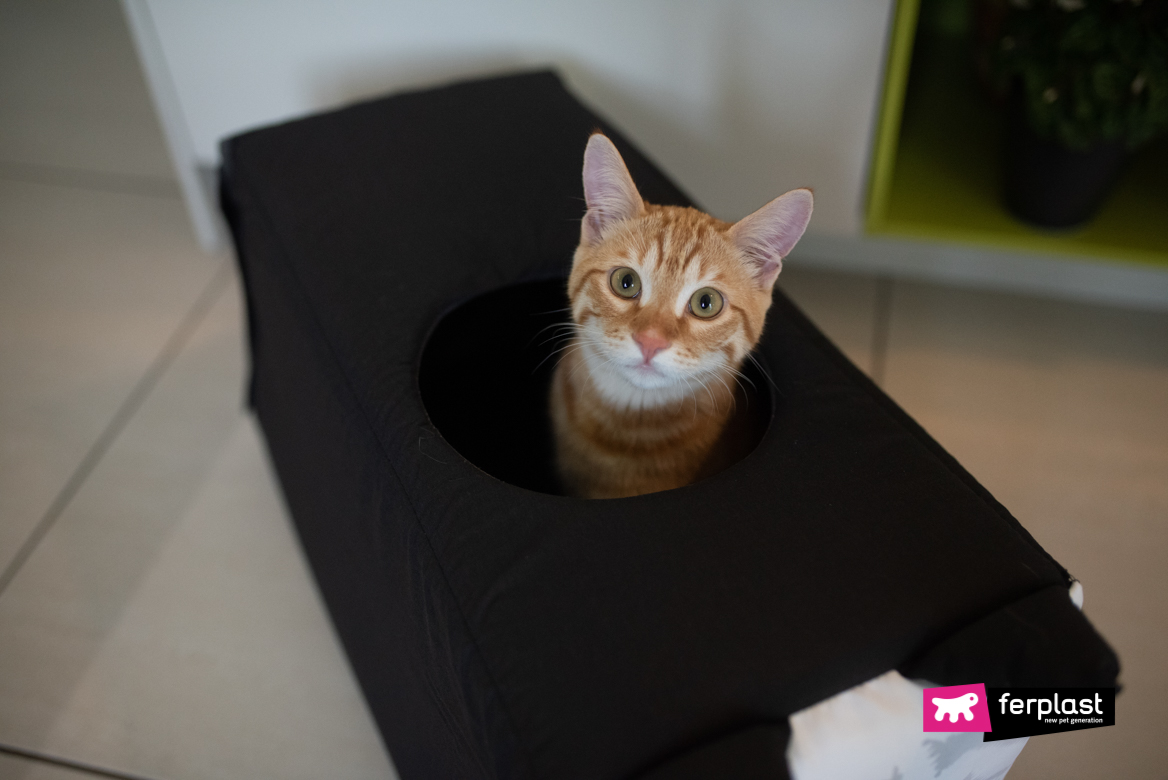 Special features of the tabby cat

Among the special features of the tabby cat is an “m” drawn on the forehead, which looks almost like a crown, the result of darker stripes and shades. In addition to this, the coat has streaks and rosettes that are still being studied. Only females can have three colours together, white, black and brownish brown, which makes it possible to distinguish them immediately.

Behavioural characteristics of the tabby cat

The tabby cat is a good companion, but he is also an independent animal that particularly likes being outdoors. It has a strong predatory nature and is alert, intuitive and agile. Therefore, if your cat is particularly apathetic or sad, do not ignore the situation and if this behaviour persists, contact your vet. To put your tabby cat’s skills to the test, Ferplast has created the Clever&Happy range of toys, dedicated precisely to curious and lively cats. These games, in fact, stimulate the mind and activate the body. 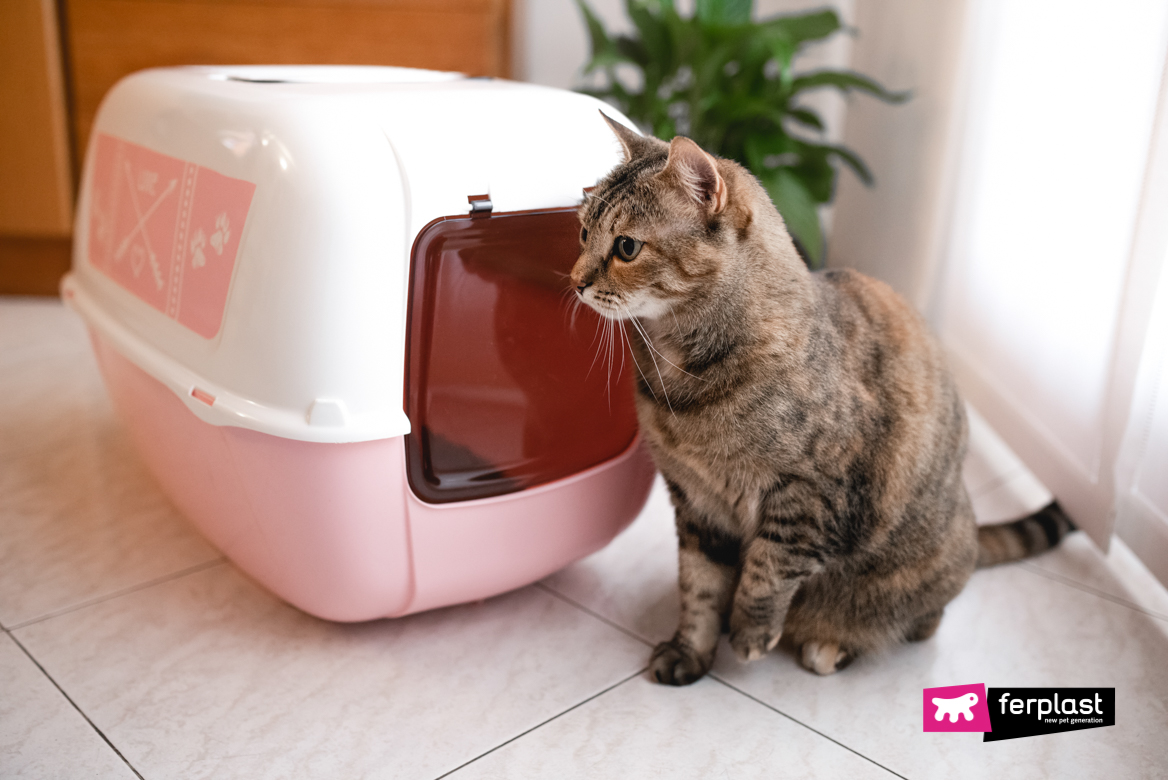 The tabby cat is the most common cat but his coat, however, is very unique.