THE WILD CAT IS BACK INTO ITALIAN WOODS

Over the years the wildcat has seen a drastic reduction in his natural habitat. This reduction has resulted in a threat to his species.

In recent years, thanks to the recovery of woodland areas, the wildcat is once again becoming popular in the Italian Alps.

The first characteristic of the wildcat is his size. A wildcat can weigh over 7 kg. Unlike the domestic cat, which rarely reaches 80 centimetres, the wildcat can reach 120 centimetres including the tail. The tail can vary between 20 and 45 centimetres and ends in a black tip. He has a very thick coat, grey-brown on the flanks, with a black stripe on the back and a white stripe on the chest. The tip of the nose is always pink.
The wildcat is territorial and solitary. He feeds on mice and other small animals, which he hunts mainly at night. 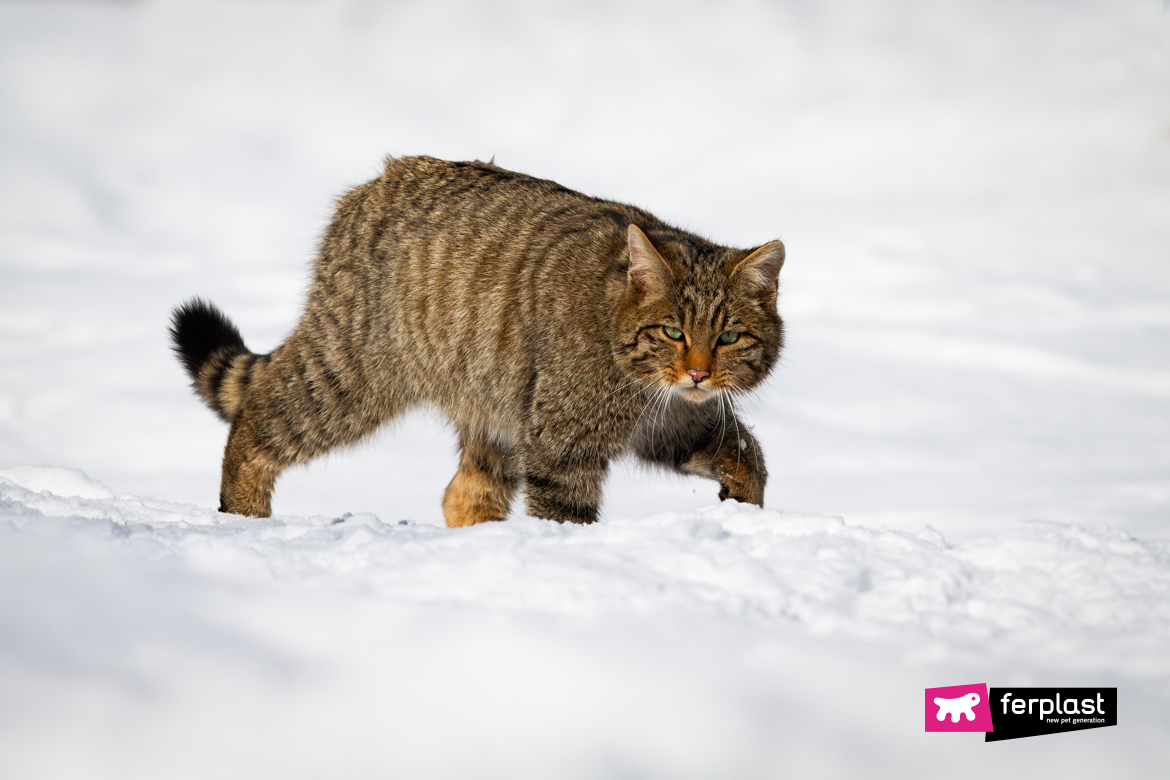 Where the wildcat lives

From the Latin “felix silvestris”, meaning “woodland cat”, the wildcat is found in woodland areas in much of Italy, France, Germany, Scotland, Turkey and Spain. Until the last century he was present throughout Italy. In recent years, however, he can be found in the Alps in the Friuli and Belluno sectors and on the Apennine chain in Sicily and Sardinia.

The causes of the reduction in his habitat

As a carnivorous animal, the wildcat is considered harmful by farmers, even though he feeds on rodents and does not harm human activities. Habitat fragmentation, exposure to toxic agricultural chemicals and hybridisation with the domestic cat are threats to his health. 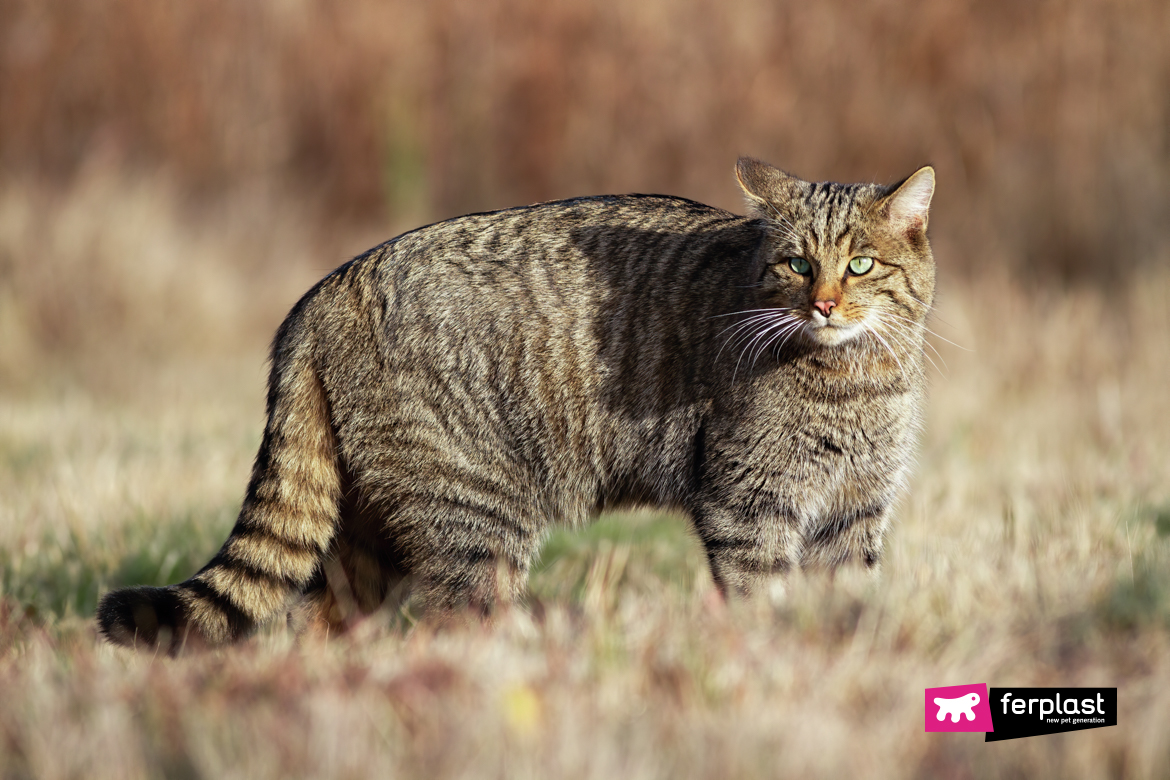 A wildcat has recently been sighted at the foot of the Pale di San Martino in Primiero. This is a positive sign, which suggests that the species is also expanding in northern Veneto. The depopulation of the mountains after the Second World War, the increase in wooded areas and forests and, finally, greater protection of these threatened specimens since the 1970s, have led to an increase in the wildcat’s habitat. His return to the forests is a sign of the resilience of the Alpine ecosystem.

How to encourage wildcat repopulation

In order to encourage the progressive repopulation of forests by wildcats, it is necessary to create corridors for the passage of wildlife. This would help to avoid unpleasant accidents and, moreover, hybridisation with common cats, which causes an alteration in the genetic heritage of wild cats. 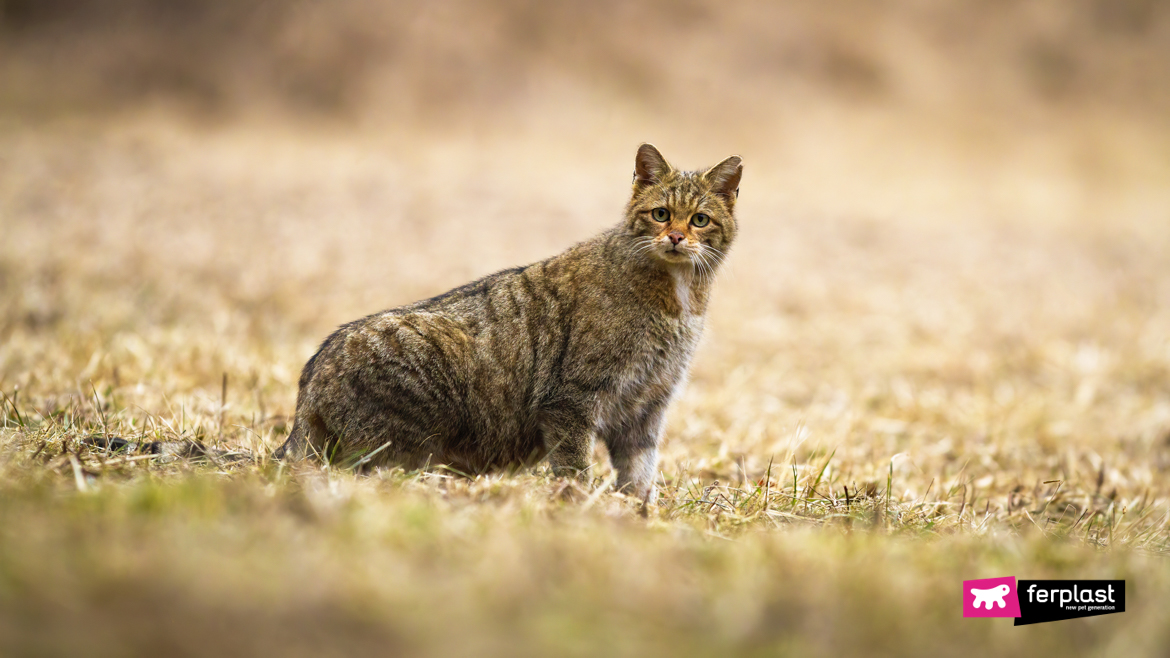 The return of the wildcat in the Alps underlines the hypothesis of tolerance and coexistence between man and animal and testifies to the prosperity of the Alpine ecosystem. This is why it is important to continue the work of protecting wild animals such as the cat and studying their behaviour, as the WWF is already doing.