WHAT DO YOU DO IF YOUR RABBIT NIBBLES EVERYTHING?

Rabbits are sweet, friendly animals, but they almost always have the bad habit of nibbling everything they find in their path, including people! There’s no need to be alarmed though, as this is part of their nature. You can, however, try to limit this habit of theirs. What should we do if our rabbit bites everything?

Why do rabbits bite?

A rabbit can bite for various reasons, like when he is scared, because he has been touched suddenly or, at times, simply to show his affection. If he does it in an aggressive way, it could be a demonstration that he is distressed, which could even be caused by lack of sterilisation.

When your rabbit is in his cage and he seems agitated to the point that he starts to bite the bars, try to let him out right away and remember that he too needs to be able to run around freely in the house, to receive attention and above all to play! 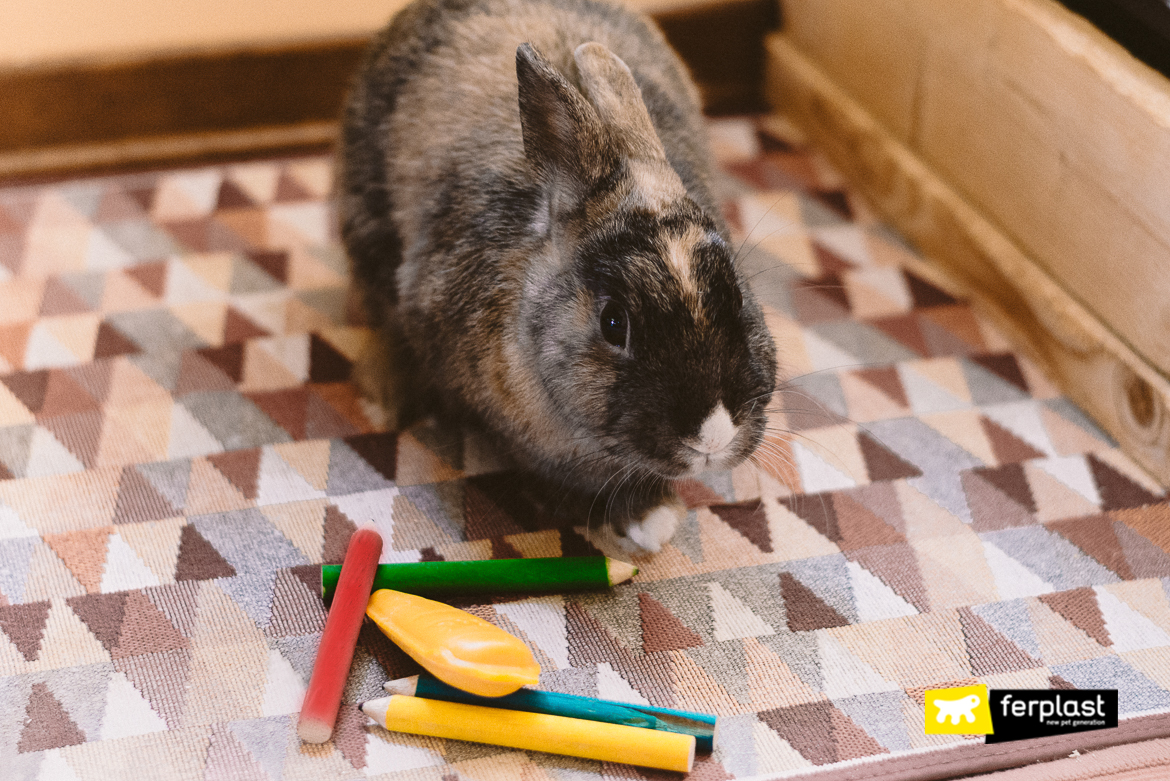 Another reason that would explain this behaviour is perhaps the most obvious one, and is that of feeling physically unwell. When a rabbit doesn’t feel well, he tends to bite anything he comes across.

A more physiological reason is that linked to tooth growth. Due to the fact that their teeth grow continuously, rabbits need to gnaw in order to wear them down and keep them at the right length. Snacks and dental toys are available on the market, such as Ferplast’s GoodBite Tiny & Natural, created especially to strengthen the teeth and keep them well-filed and therefore very useful for your fluffy friend to have.

If your pet is free to roam around your home, always be careful of wires and sockets, which could be very dangerous for his safety. Try to put the electrical wires in a safe place, by positioning them high up and out of reach, or protected behind the furniture, so that your furry friend cannot get to them. 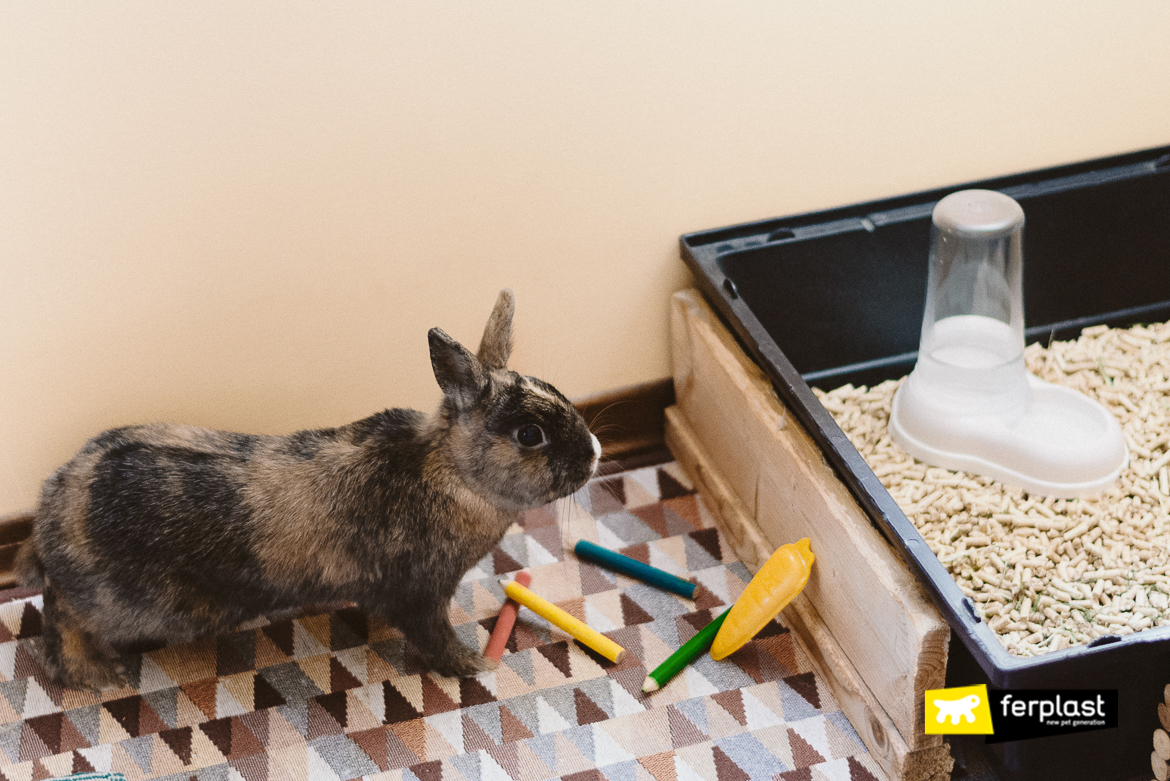 Teaching your rabbit not to bite

When a rabbit first arrives in your home, finding himself in an unknown place, on the one hand he will be influenced by the stress of his new surroundings, while on the other he will want to discover and explore… and consequently he will want to bite everything he comes across (furniture, objects, clothing). This is why he needs to be trained from the very beginning. There are only a few rules, but they need to be imposed firmly!

If you catch your pet red-handed, don’t scold him and don’t clap your hands or stamp your feet to distract him from what he’s doing, because this noise would scare him and would only make him move away temporarily. Telling him off after he has been up to mischief is also of no use at all. 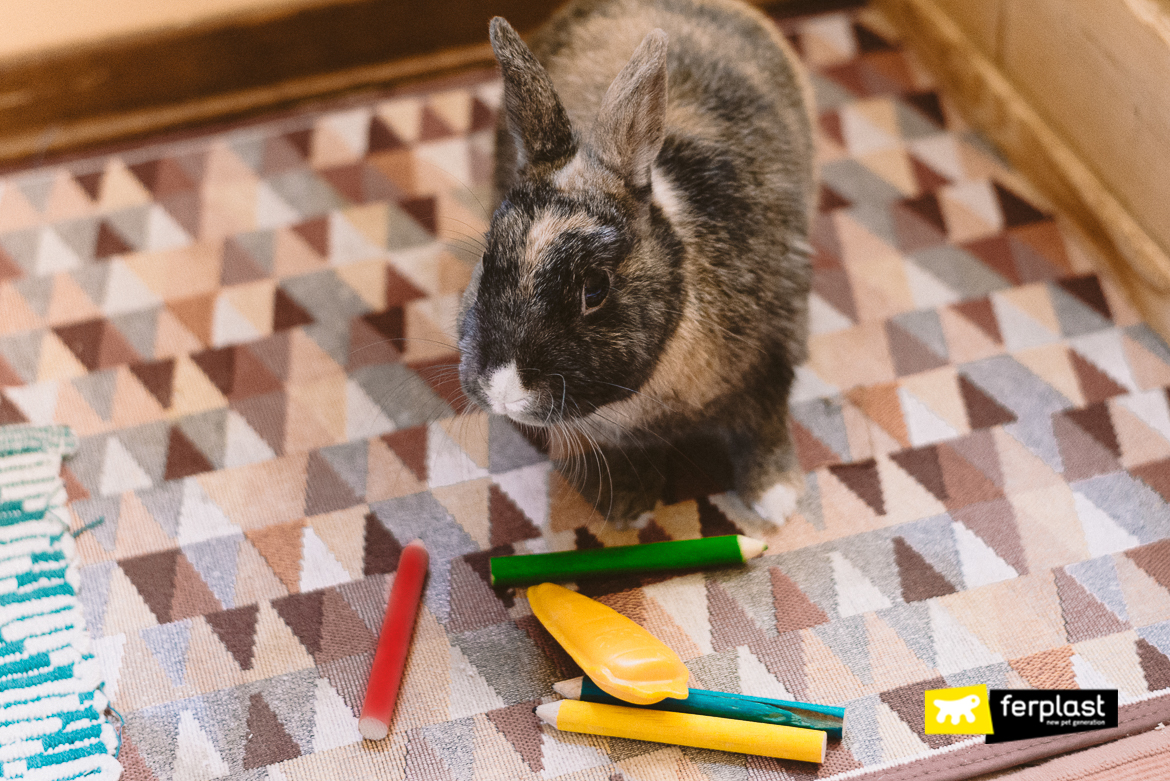 A rabbit will learn more quickly when encouraged with a prize, so the best thing to do is give him a reward (food, toys, stroking) when he behaves well. By doing this, your rabbit will learn how to distinguish between good and bad habits. Furthermore, you should avoid leaving dangerous objects or things you particularly care about in your rabbit’s area, but give him toys that he can play with and distract himself instead! 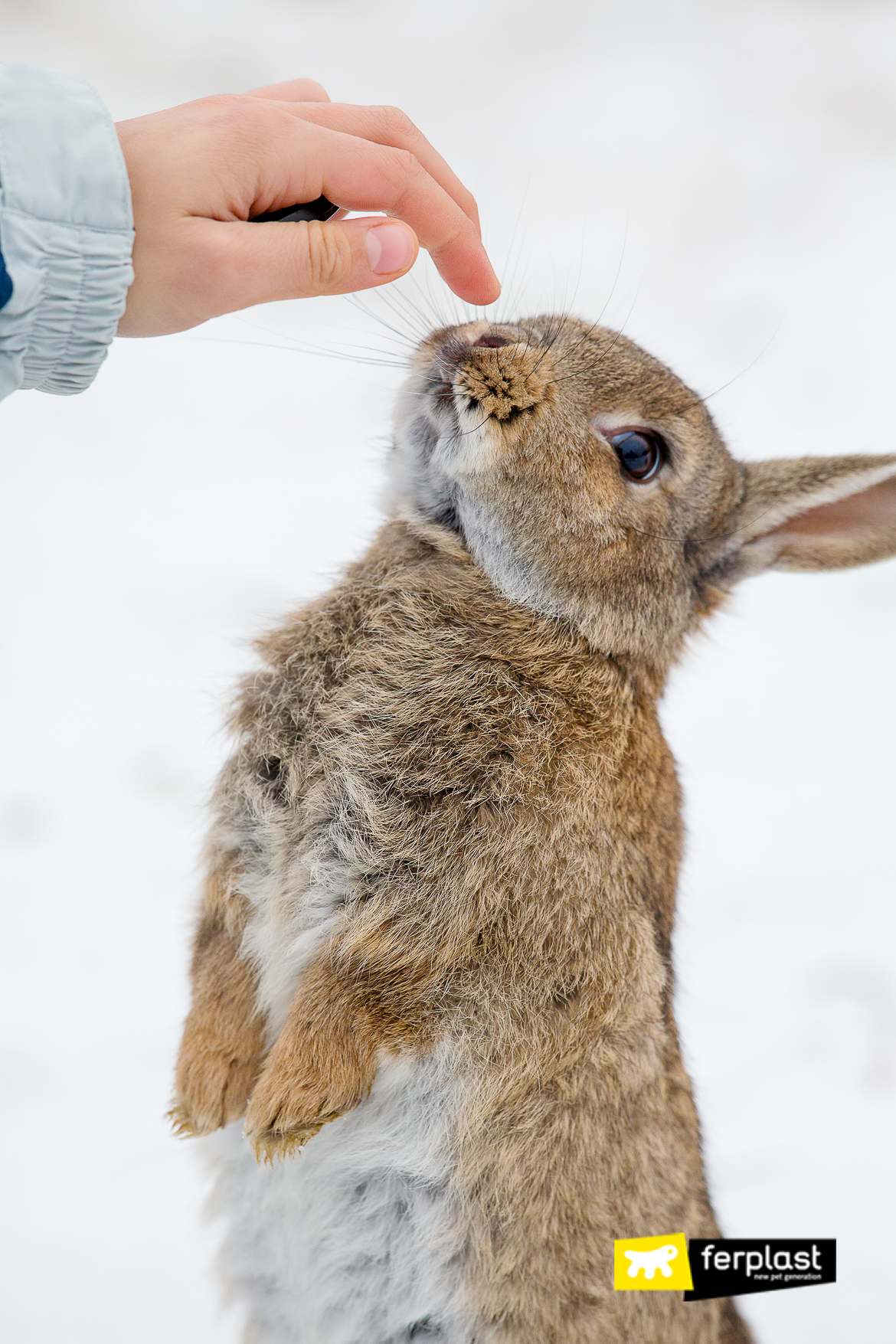