WHY DO CATS RUB THEMSELVES AGAINST OBJECTS AND PEOPLE?

Cats have a habit of rubbing their faces on object and people. This is an innate way of communicating their mood, but not only. In fact, there are other explanations for this behaviour: are you curious to find out the reasons behind a cat’s rubbing behaviour?

How a cat rubs itself against things

A cat can rub itself in two different ways – with its mouth or with its head. This typical movement that starts from the corner of the mouth and reaches the ear is called “rubbing”, while the gentle and affectionate way your cat rubs against you with his head is called “bunting” 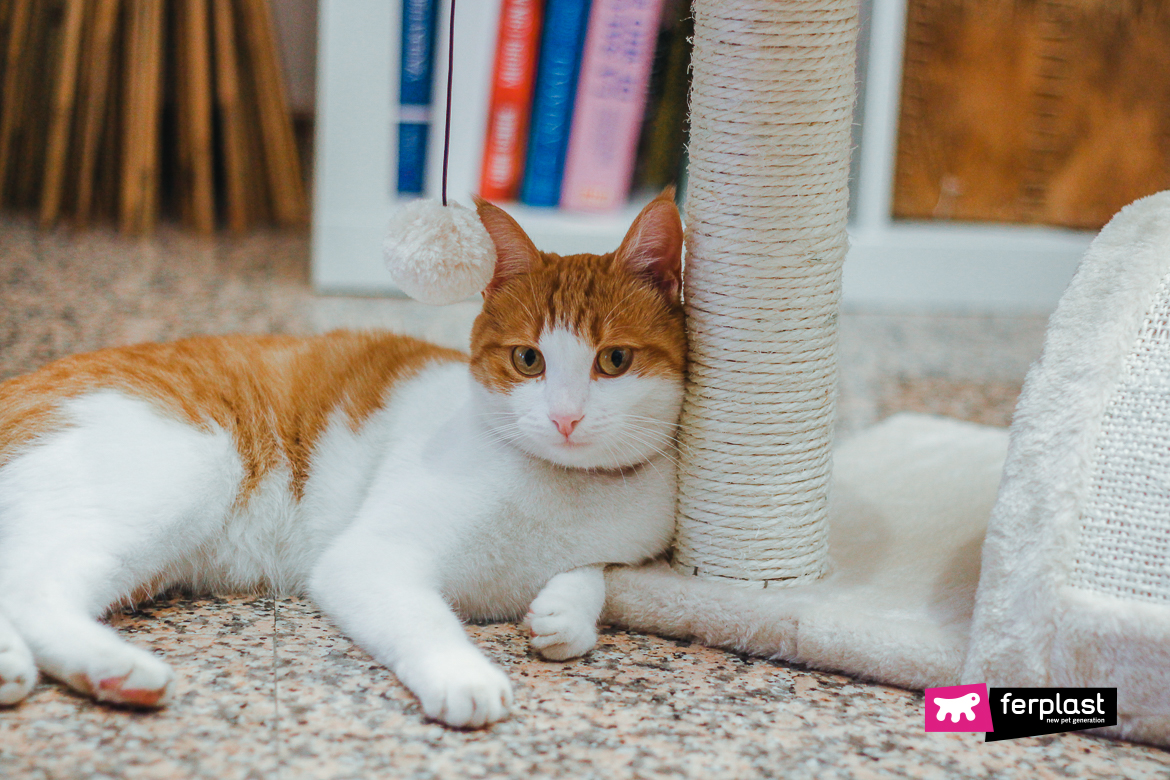 A cat marks its territory by rubbing

When a cat leans against his master’s ankles, first with his head, then with his side and lastly with his tail, he is marking his territory and is somehow telling you “you’re mine!” When he does it with objects – he tends to pick the corners of boxes, chair legs, the edges of the sofa, his scratching post and his bed – all he is doing is marking the place he belongs to, thus creating a safe area, where he can relax and be at ease. Male cats usually rub against objects more than females do!

By rubbing, the cat deposits pheromones, substances produced by the sebaceous glands near the mouth and at the base of the tail, which transform the objects marked into familiar objects.

Therefore, rubbing is not strictly a demonstration of affection. Nevertheless, it is a form of behaviour that the cat only adopts with individuals he trusts blindly and with objects that are part of his daily life.

A cat rubs because he wants attention

Another reason why kitty might rub his face on our hand is the need for pampering. Although cats are very independent animals, every so often they seek affection and attention and, if he feels the need, it doesn’t take him long to let you know!

Rubbing himself against people can also be a way the cat uses to greet you: for example when he zigzags between his master’s legs, he collects his master’s scent and leaves his own. This usually happens when the cat sees his master again after a while.