WHY DO CATS LICK EACH OTHER?

Why do cats lick each other? Those who live with cats will have noticed how cats, especially if used to living in community, love to lick each other. There are several reasons why they do this, let’s find it out.

Why do cats lick themselves?

When two are exchanging tender licks, however, it can be:
1. to clean themselves
2. for affection and friendship
3. to protect himself
4. for dominance.

Cats lick each other to clean themselves

Some cats not easily groom certain areas of the body on their own, such as the neck and head, so if the owners don’t realize that it is appropriate to brush it, resorting to the help of a friend may be the most effective solution, to clean and remove excess dead hair in hard-to-reach places on the body. 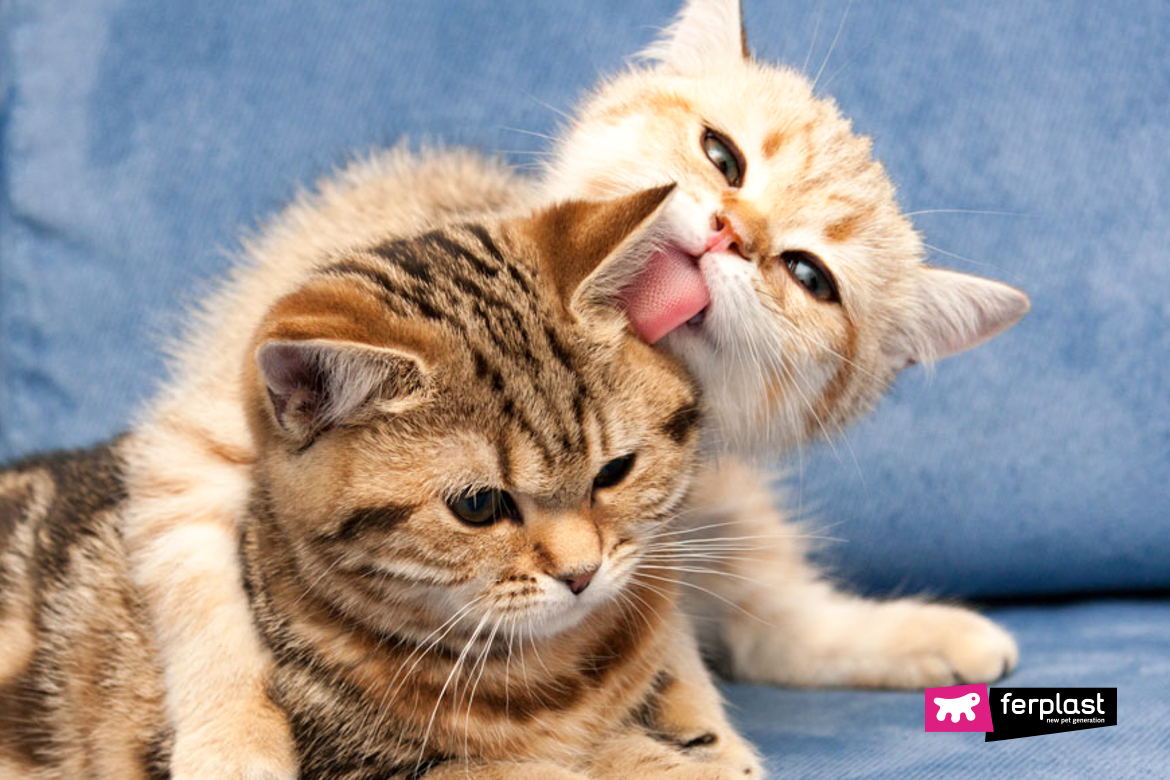 Cats lick each other as a social bond

Grooming each other is a way to express group cohesion and to strengthen the link between them. So it is not simply a functional gesture for cleaning, but a real exchange of affection and friendship, which happens when two cats are really close together. A bit like us human beings when we hug. In fact, it happens especially between felines of the same family or litter. Which areas of the body are affected? The nose and ears, or their favorite places. 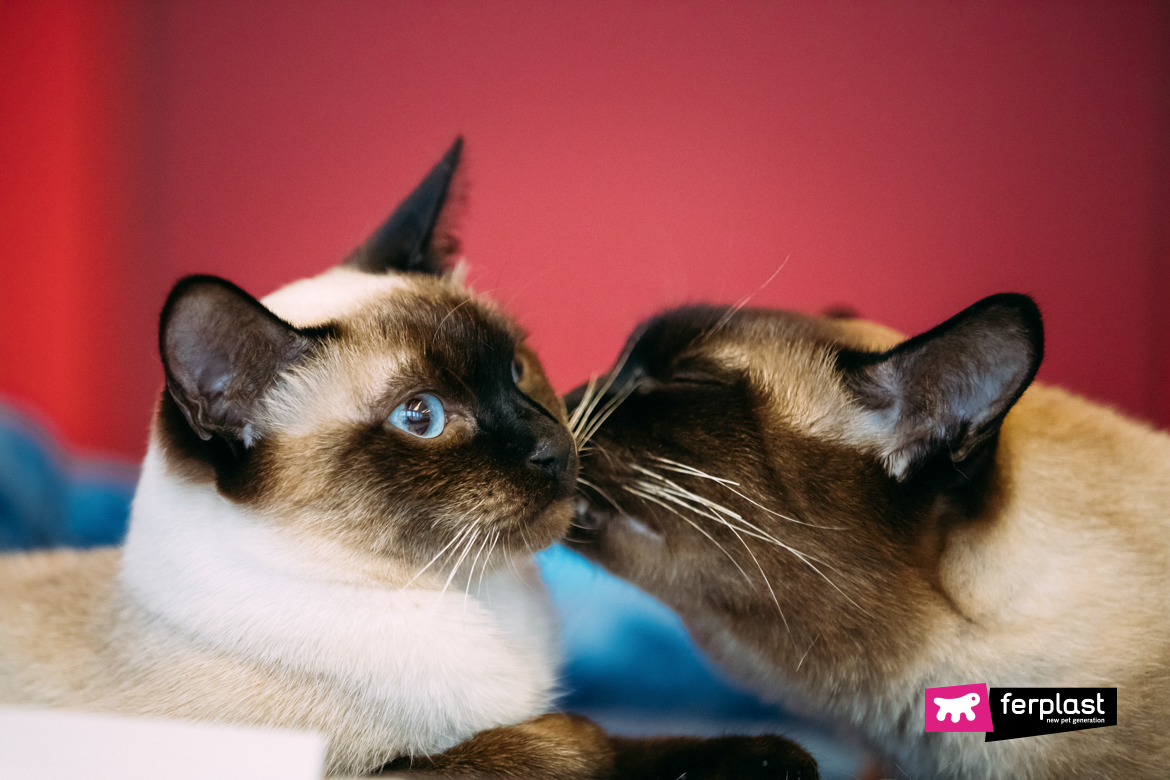 Cats lick each other to protect themselves

When a cat decides to lick another cat, especially if it is a newcomer to the house, it means that it has accepted it and that it can be part of its family… it is a kind of blessing. With this gesture, spreading the common smell, helps the newbie to calm down and make him feel safe and in a protected place. 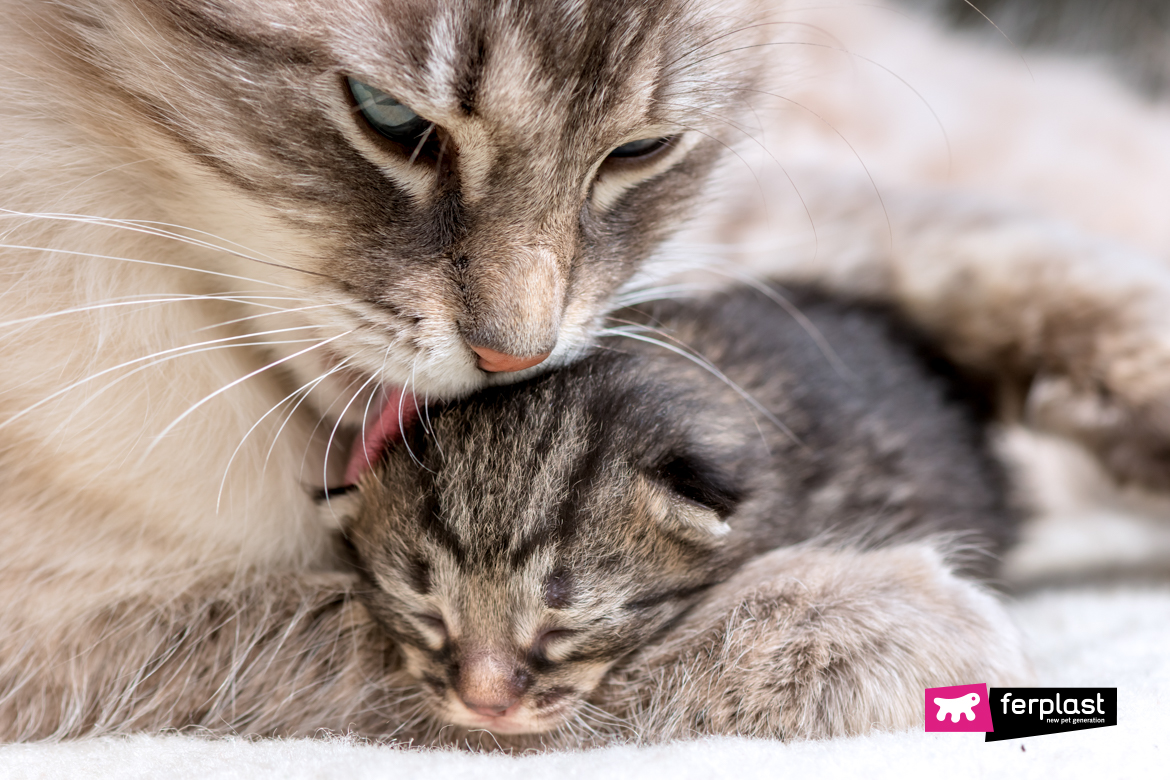 Cats lick each other for dominance

Through this gesture, cats are able to define hierarchies: it is often the dominant cats that lick the dominated cats, the cat that licks shows his dominion over the cat that is licked to communicate that it is useless to get to physical confrontation. Then we arrive at a peaceful solution and in this way we also create greater cohesion between the two animals. 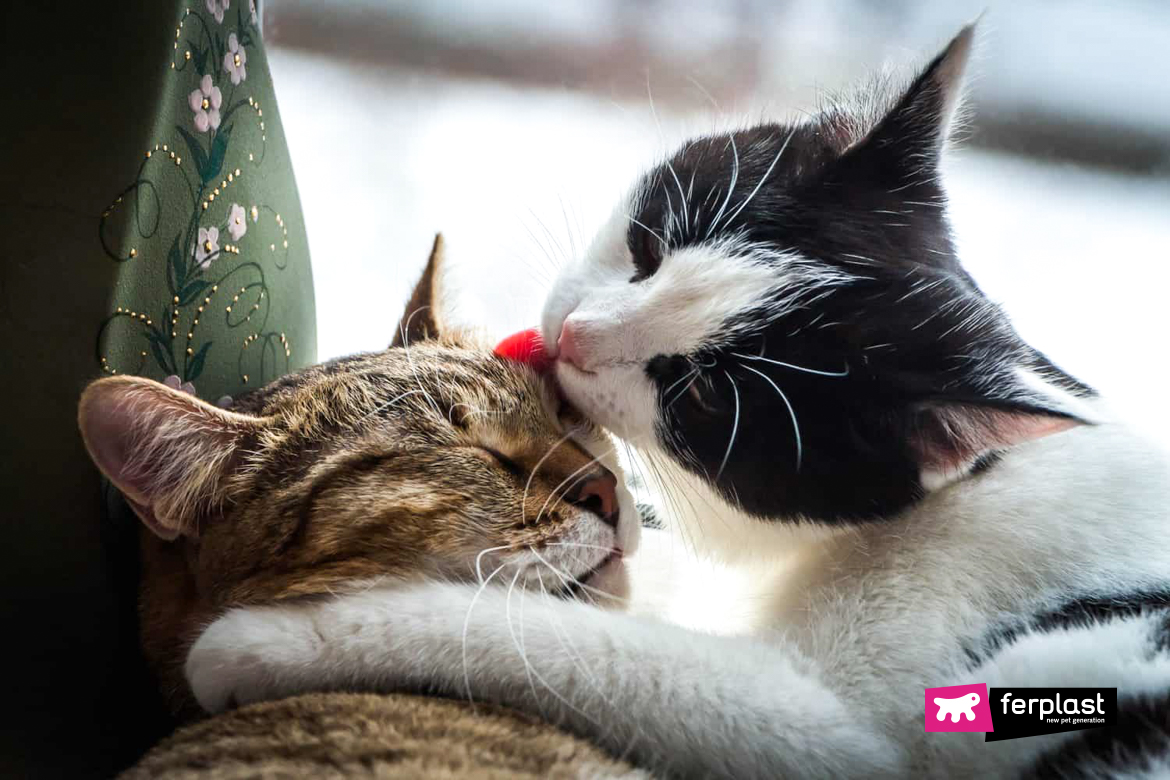 Understanding the cat’s ways of communicating, even those related to his behavior, is very useful because it allows us to approach his world in a conscious and prepared way!