WHY ARE LOVEBIRDS CALLED THAT?

Lovebirds are a species of parrot that is particularly common as pets. They are usually purchased in pairs, hence the name lovebirds. But why are they considered as such?

Lovebirds are budgies that enjoy each other’s company and have a lively character. Each one of them chooses a partner to stay with for life, which is why they are called lovebirds.

The origin of the name lovebirds

This species of colorful and vivacious parrots originates from Central Africa. They belong to the genus Agapornis, which literally means “birds that love each other“. After a courtship ritual, in which the male shows his love by pecking, a pair of male and female is formed and will be linked for life. 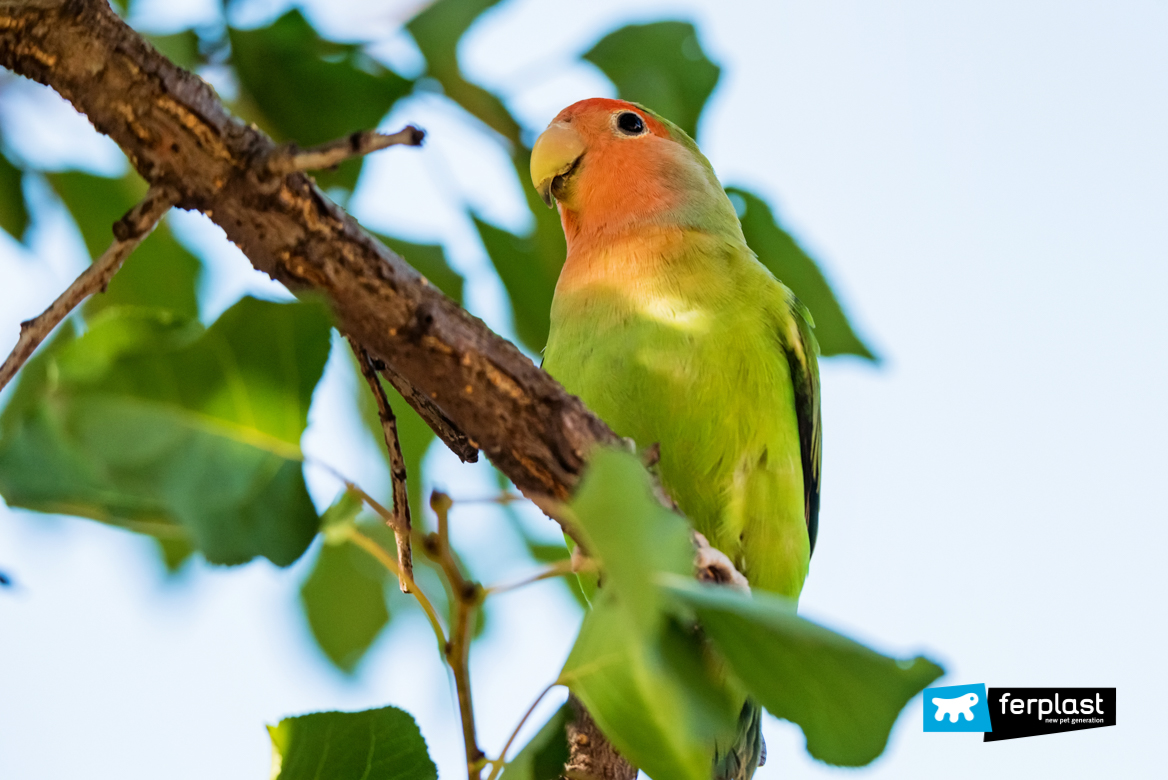 The personality of lovebirds

Lovebirds are sociable animals that detest loneliness, which is why, when one of them dies, the other often suffers to the point of dying of a broken heart. Their relationship is so special that they create their own language, which they pass on to their babies. At the same time, however, they are territorial animals. They live in small groups and are ready to react when someone encroaches on their habitat.

The relationship with humans

However, lovebirds do not only bond with other lovebirds. If the owner takes on the role of “life companion”, it is possible to have only one lovebird as a pet. Lovebirds seek the affection and companionship of people by making their presence felt with high-pitched whistles, resting on humans’ shoulders and crouching near their necks.

Habitat adapted to the personality of lovebirds

The ideal habitat for lovebirds is spacious. Their hyperactive personalities mean that they require a large cage, at least 45 cm per side. It is also advisable to place the cage in a raised position, away from doors and draughts. Expert 70, for example, is Ferplast’s professional parrot cage, equipped with legs and wheels, to be lifted and moved with extreme ease. It is made of wear-resistant metal and is very safe, thanks to its double-locked access door.

Finally, because lovebirds have an effervescent nature, there should be plenty of stimulation inside the cage, such as perches in different sizes and materials, which allow the parrots to fly from one side of the cage to the other.

Unhopeful parrots are not only defined as such because of the strong bond they establish between partners, but also because of their sociable personality, which makes them love company, especially human’s one.