WHY ARE CATS OBSESSED BY LIZARDS?

After winter, the eternal struggle between cats and lizards comes back again. Why are cats so attracted to lizards? Everything lies in their primordial hunter instinct.

It’s well known that cats have a hunter’s nature, which emerges when he sees a small wild animal moving. This happens above all with lizards, that are among the preys cat’s preferred ones. With the arrival of warm weather and lizards’ awakening, the predatory instinct of the feline awakes too. What can happen if the cat eats too many lizards?

Cats are particularly attracted to lizards. The reason lies in the fact that the lizard, when it feels under attack and wants to defend itself, loses its tail through a voluntary contraction. The lost appendage, however, continues to move, and thus the cat continues the chase. Once he has captured his prey it is very difficult to take it away, due to his primitive hunting instinct. Often the cat brings home some things from his hunting session, like trophies. It’s not strange to receive lizards’ tails, insects, pieces of small unfortunate animals “as a gift”. As much as we may not like it, we should not scold the cat for this, because he sees this gesture as a gift and a “thank you”. 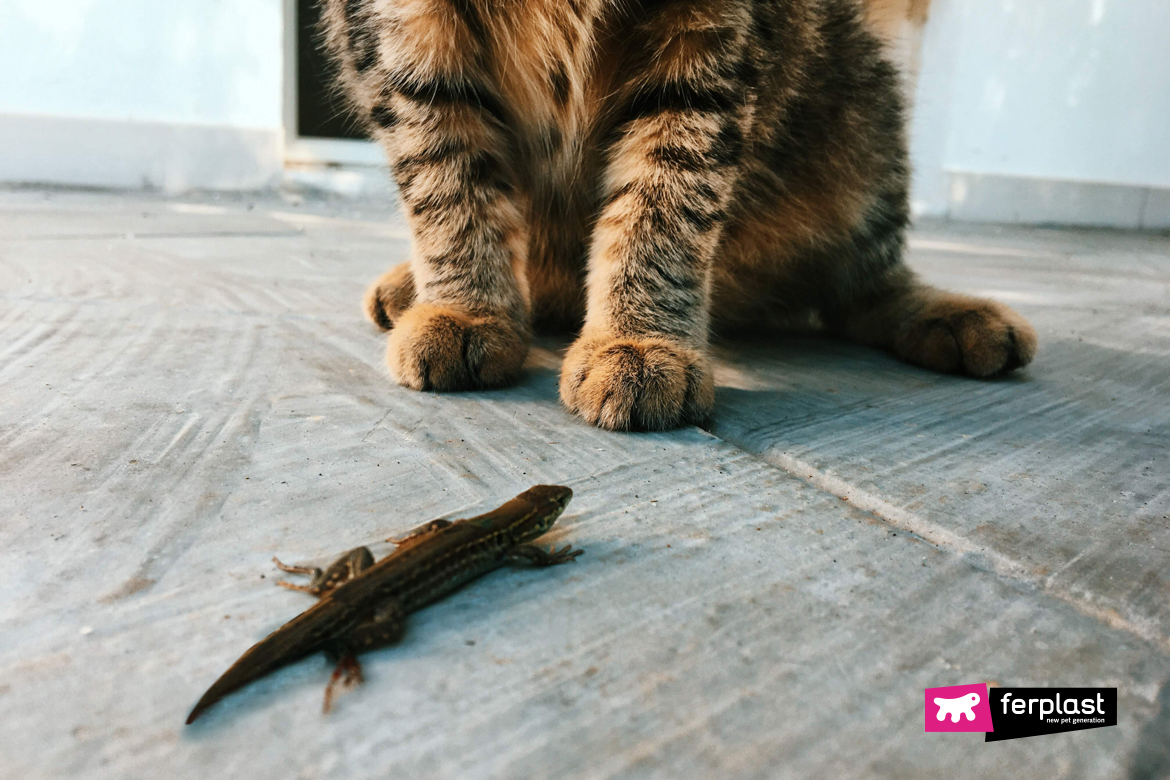 What happens if the cat eats lizards

While stray cats hunt out of hunger and quickly devour their prey, domestic cats rarely do so. If, however, out of eagerness or fear of losing the prey, our cat eats the lizard, let’s not worry more than we have to. These reptiles are mildly toxic, so they should not create major problems for the cat. However, if he eats too many of them, it’s better to warn the vet: some lizards can carry potentially dangerous parasites.
If a kitten eats a lot of lizards, it may in fact get sick. And he may become so weakened that he will perish and lose fur. 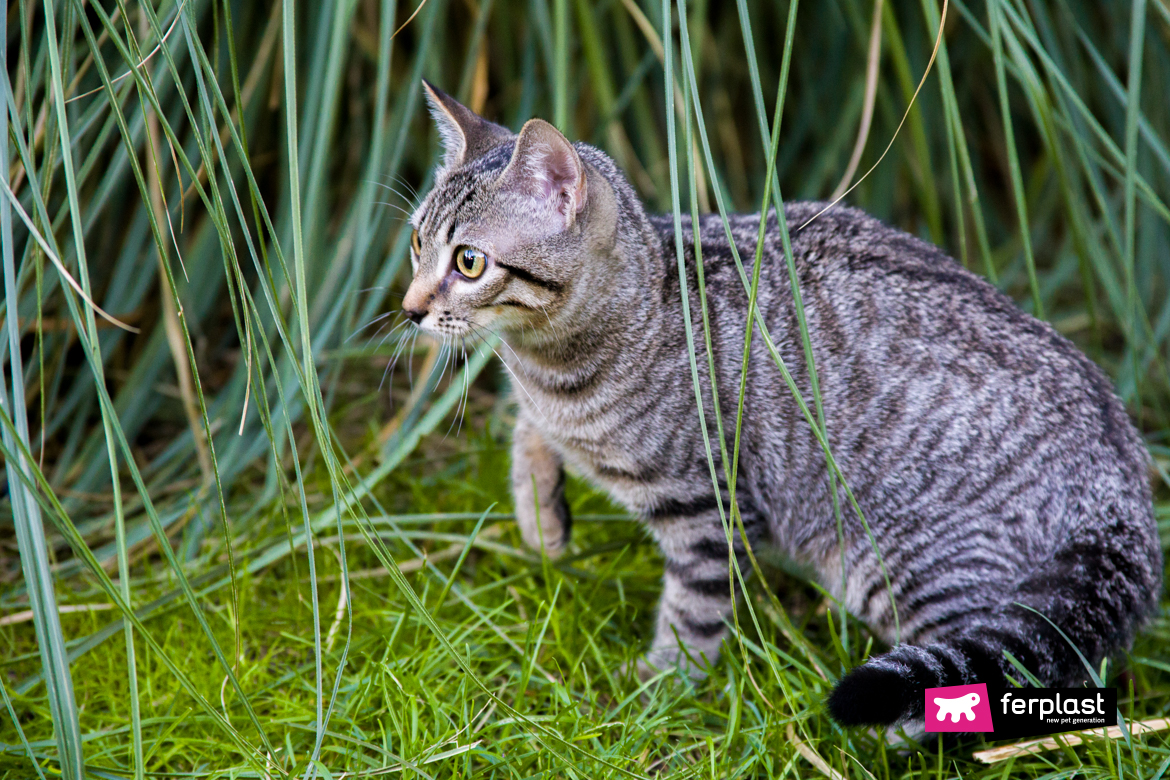 How to prevent your cat from hunting lizards

Domestic cats hunt for fun and boredom. For them, chasing prey is a game. To turn this behaviour into stimulating exercises for the body and the mind, we can dedicate some time to play with the cat toys of the Clever&Happy range by Ferplast, designed to stimulate cats’ curiosity. The Ferplast logo projected on the wall thanks to the laser light of the Cat Pointer, for example, reminds cats of a lizard running away. The pointer projects a nice light beam that our cat will be instinctively led to grab. Phantom, the interactive game that emits a laser light with three different modes of movement: slow, fast or random, also uses the same mechanism. It automatically shuts off after 15 minutes to ensure the right anti-boredom workout session. 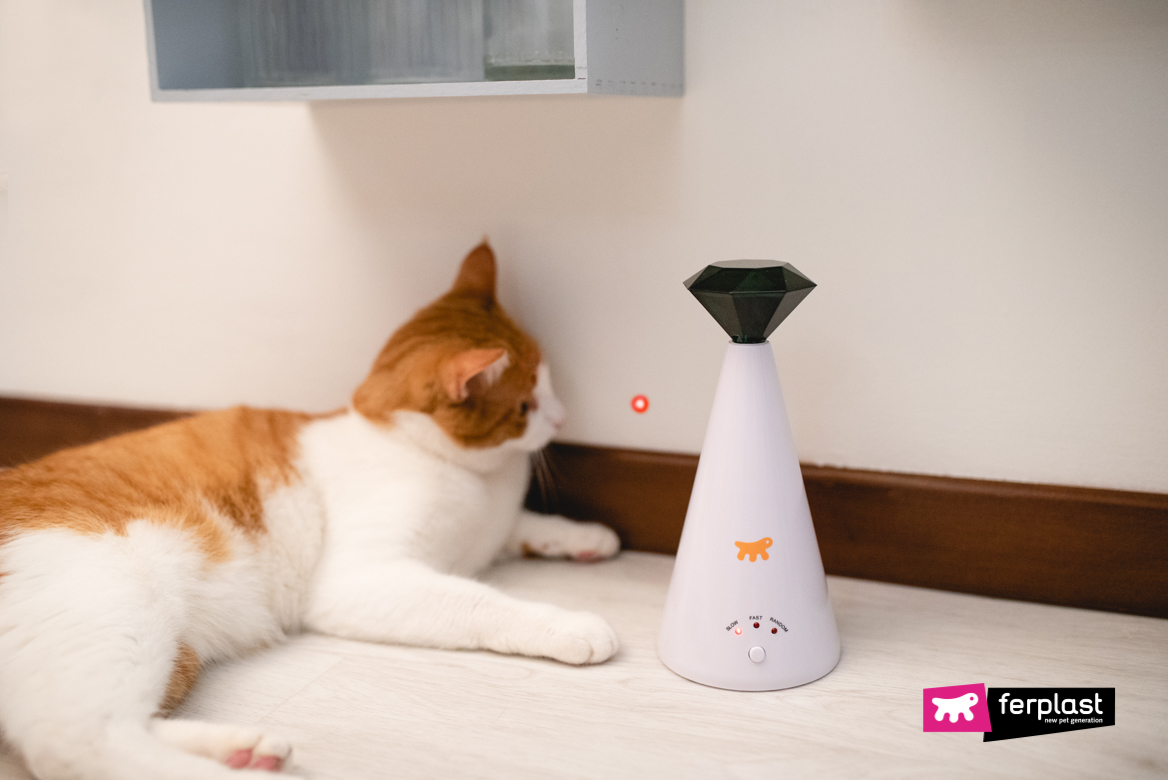 Wooden fishing rods with fun stylized mouse pendant made of natural fiber and fabric also stimulates kitty’s interest. It is an effective stress reliever and stimulate the cat to exercise. 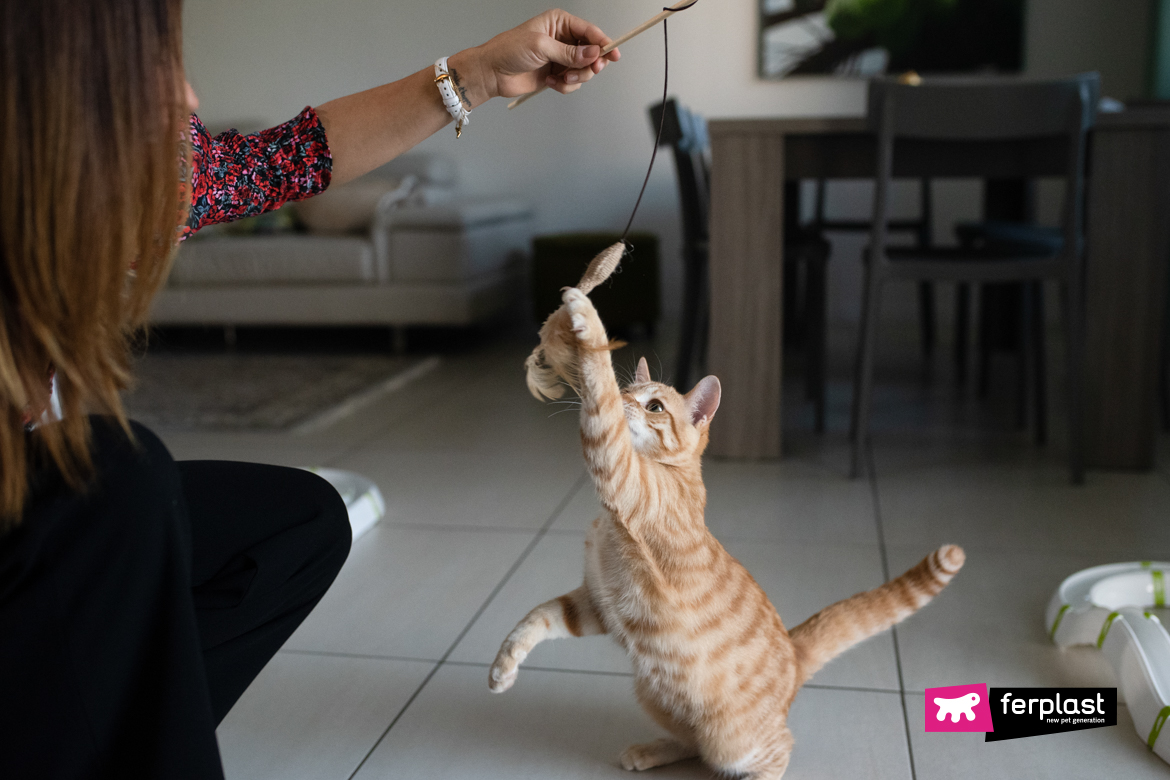 Out of instinct or boredom, the cat is inclined to hunt lizards. To prevent this behavior, we must give him the right stimuli.