WHY DOES THE CAT SUDDENLY RUN ALL OVER THE HOUSE?

Seeing your cat suddenly running all over the house is a common situation for many feline owners. But why do cats run around the house like they have gone crazy?

One of the most bizarre cat behaviors is to run all over the house. Sprinting suddenly and running fast from one room to another. They are not completely crazy, but there are several reasons why they behave this way. 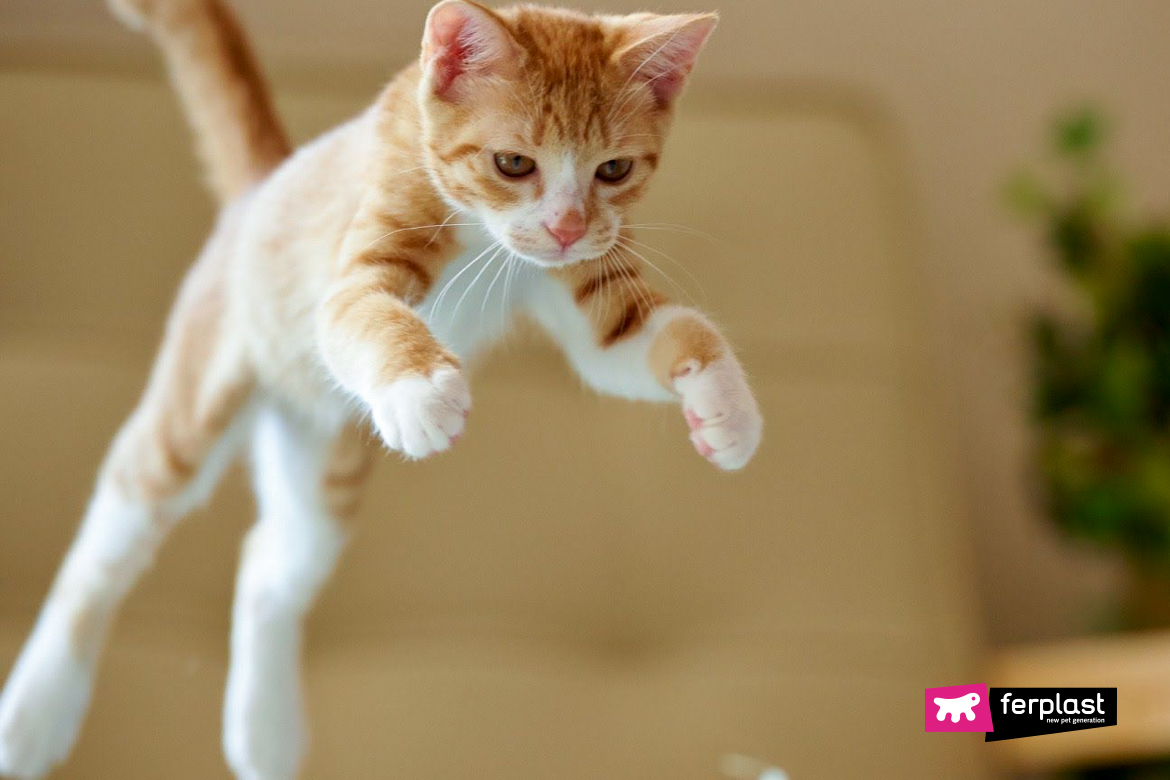 1. The cat runs around the house for lack of stimulation

Cats are very energetic animals, and if they spend too much time on their own, it’s easy that when you come back home, they start to run around to let off steam and to be noticed. This is typical of kittens or young cats, who play hunting, climb all over the furniture and stop only when they have run out of energies.

Cats tend to be more active when they are not alone, and they like to share playtime with humans. Try to calm your kitten down with kibble, then with fun games, so that he gets tired and sleeps through the night.

Hunting games (mice, fishing rods) remain an evergreen, also because they actively involve both the cat and its owner. Otherwise, there are circuits with balls and electronic games, such as Raptor by Ferplast, equipped with a mobile rod with a small pendant that moves in unpredictable ways. Perfect for physical and mental exercise and as a stress reliever. 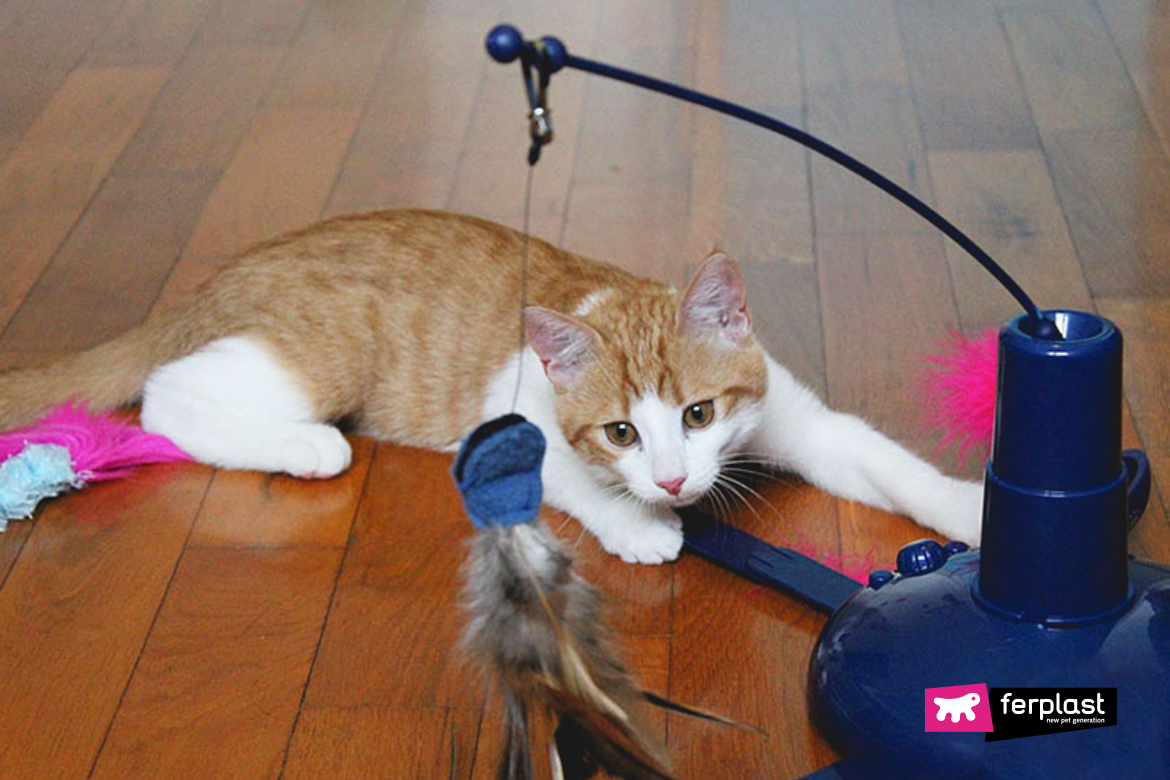 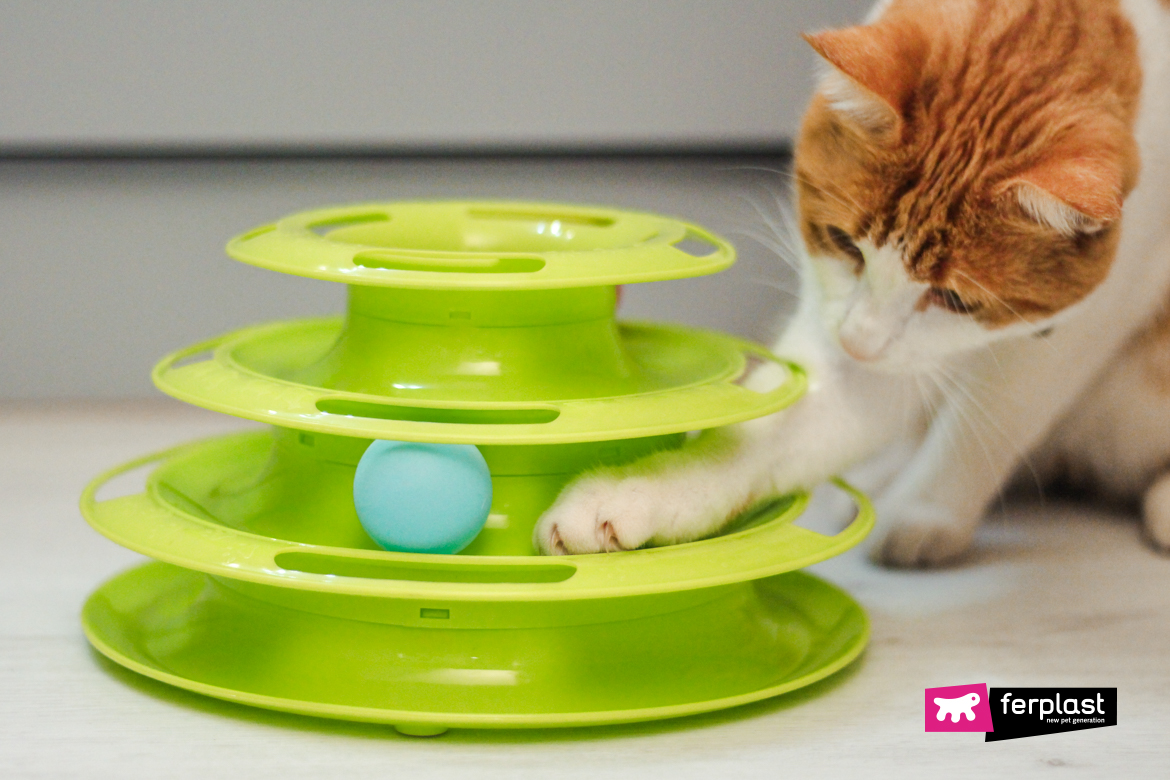 2. The cat runs to report intruders

Other stimuli for the cat can be smells or animals in the house (especially other cats). The presence of third parties is a threaten to the cat, and his defiant reaction is to run wild. The cat begins to run to attract attention and scare the opponent.

3. The cat runs because his wild nature takes over

Weird behavior can usually be linked to the wild side of the cat. Running around the house is a reminiscence of hunting. A darting cat can appear to be either a feline chasing imaginary prey or a feline fleeing from an enemy. 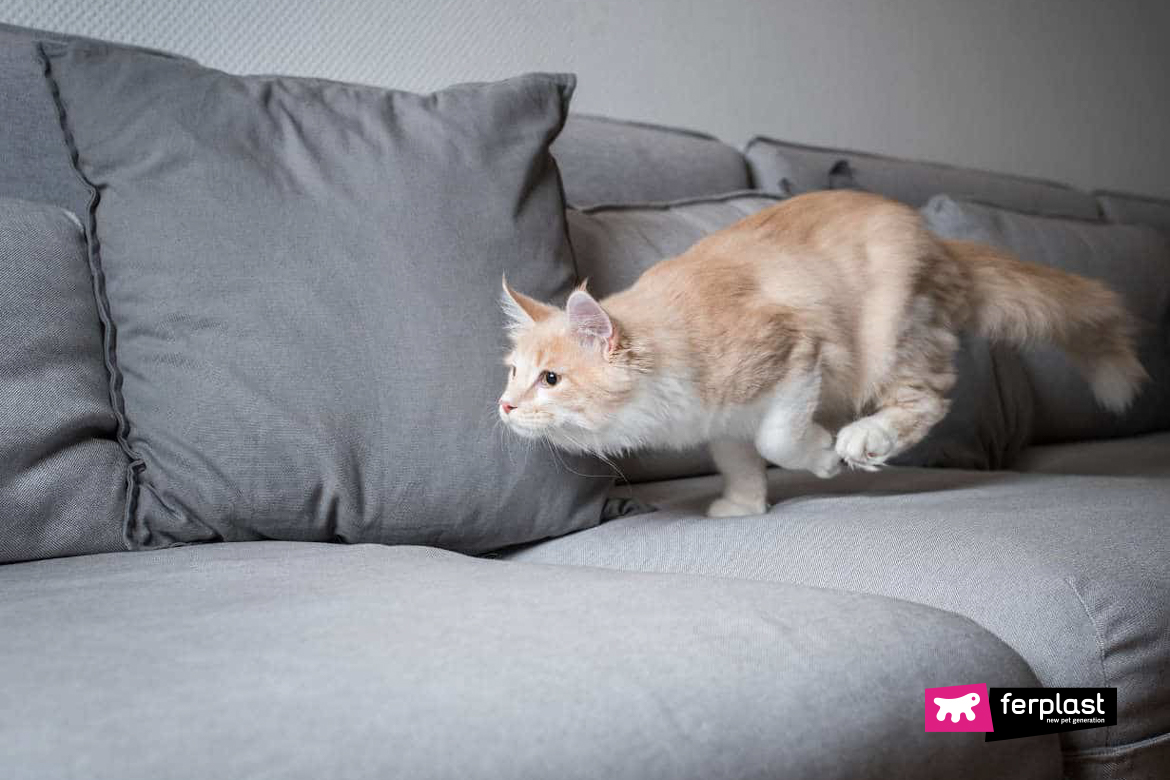 4. The cat runs because of the presence of parasites

Sometimes a cat jumps up out of nowhere and starts running as if he had been bitten by an insect. It may happen that the cat has an itch somewhere on his body, but he can’t reach the spot. This itching can be caused by the presence of fleas or other parasites, or by skin problems. The strong itching, which is very uncomfortable for the cat, would lead him to run or turn like crazy to escape the discomfort. 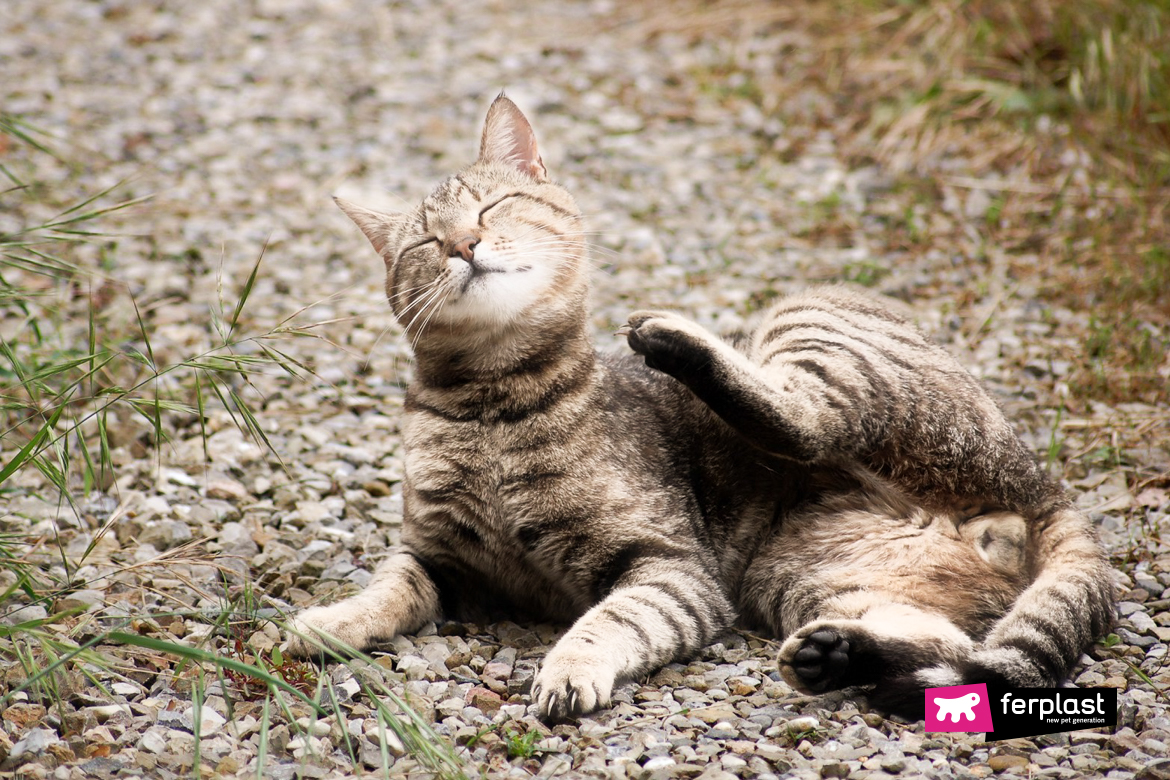