WHAT TO DO IF A DOG BARKES THE OTHER DOGS?

Does your dog tend to bark like a madman as soon as he sees another dog? When Fido barks at another dog going out for a walk can be quite complicated. What can you do to solve this problem?

Why does the dog bark if he see another dog?

Almost certainly a dog barks because of the emotion linked to the meeting. It is a reaction that occurs more often to dogs “only children”, who are not accustomed to the presence of others like them and who rarely go out.
Very often a dog that barks aggressively at the sight of another dog is experiencing discomfort or difficulty, perhaps at that moment he is not ready to make friends, he is asking us for help and he is communicating his need for space and safety.
Raising your voice and starting to pull the leash, perhaps ending up jerking the animal is absolutely wrong, in fact, in doing so you will get a reaction opposite to that hoped for, reinforcing the behavior we would like to correct. 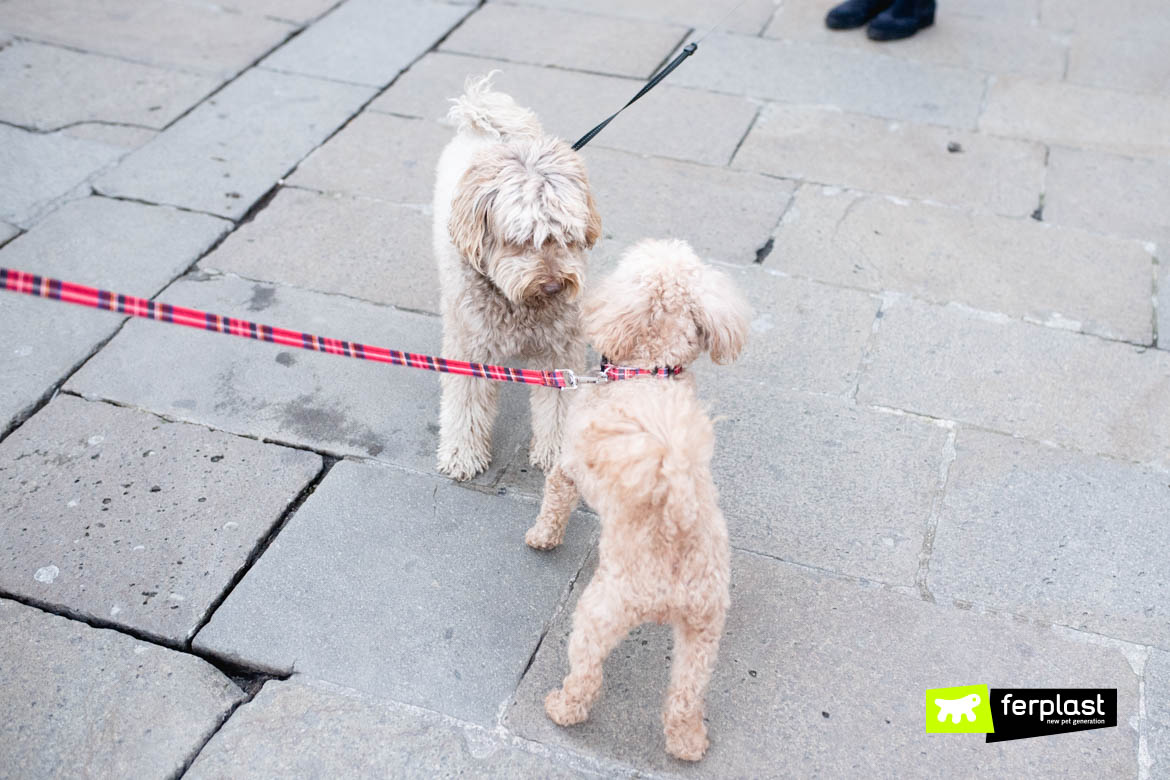 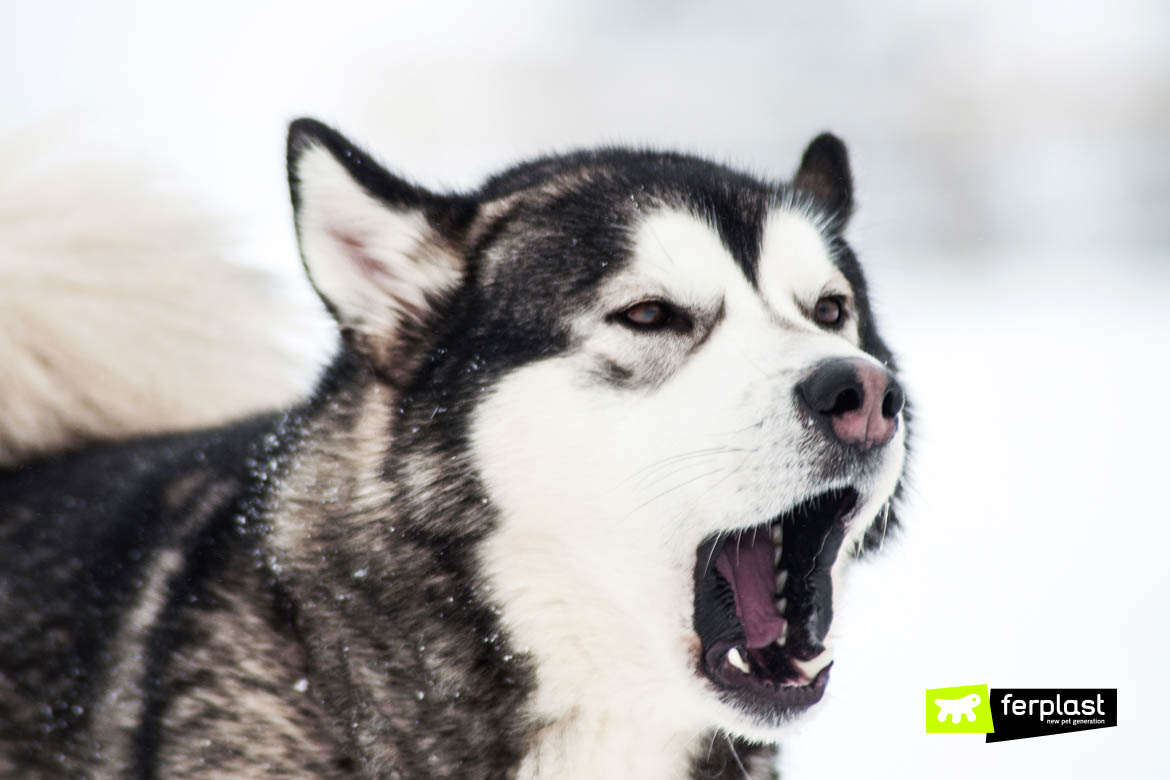 How to train a dog not to bark at other dogs

Walking the dog should be pleasant experiences, not a continuous struggle trying not to rush the furry against other four-legged. In addition to solving the cause of the problem, that is finding the reason for the stress with the help of a trainer, there are other small precautions to be taken.

Using a robust leash and an ergonomic harness can be a good starting point. At the very least, if the dog starts to pull, we are sure that there is no risk of getting hurt. An ideal model these circumstances is Ferplast’s Daytona Cross harness, which is lined with soft padding and easily adapts to the body of the darling. As for the leash do not be fooled and do not keep it too short, because it can increase the probability that the dog decides to pull it. The right thing to do is to hold the leash firmly, but not too tense, the dog, in fact, must not perceive to be too much controlled. 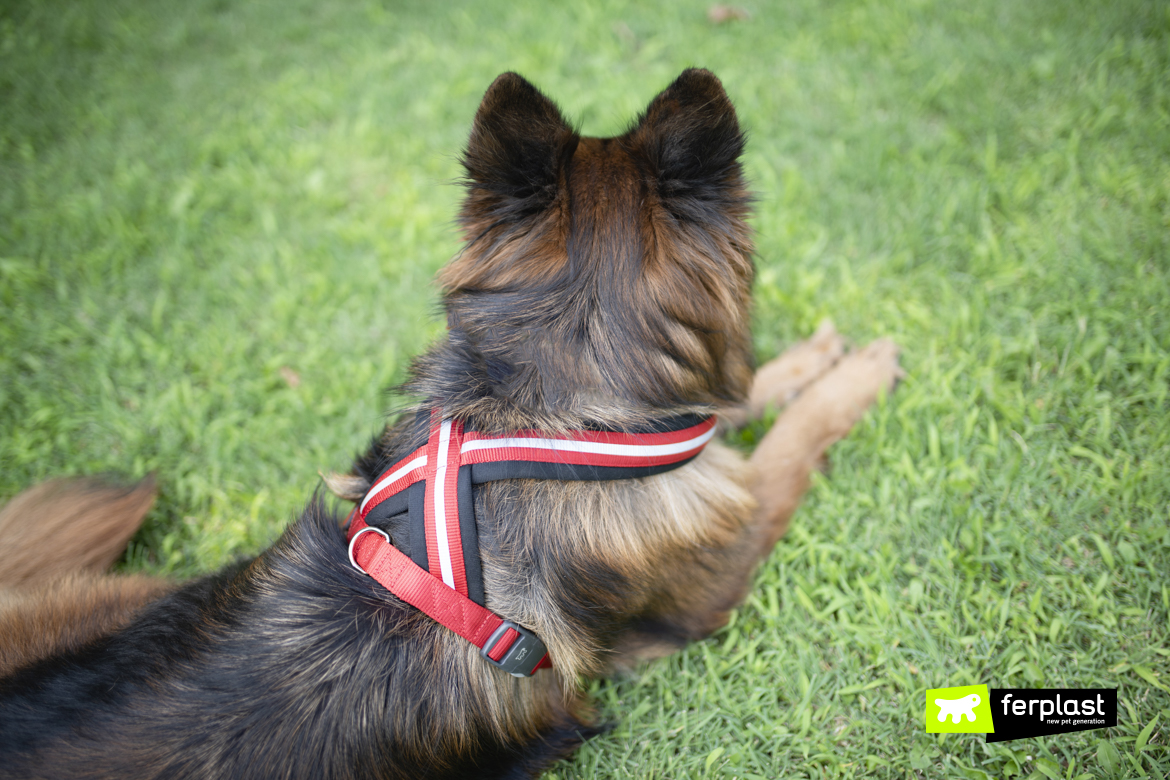 To teach the dog not to bark at other dogs, you must proceed with extreme calm and patience.

1. Stop at a safe distance from the other dog and give a light pull on the leash to your furry, no need to tug him!

2. Say a verbal order to draw his attention to you and away from the other dog, for example you can say firmly, but without raising your voice, “NO!”;

3. If the dog remains calm, reward him with a treat or a caress.

4. If you want Fido to get used to being among others, put him to the test by gradually bringing him closer to the other animal. If he starts to react and bark, go back and try to move slowly after a while. Try to approach a few meters per session, continuing to reward him as long as he does not bark and does not react. 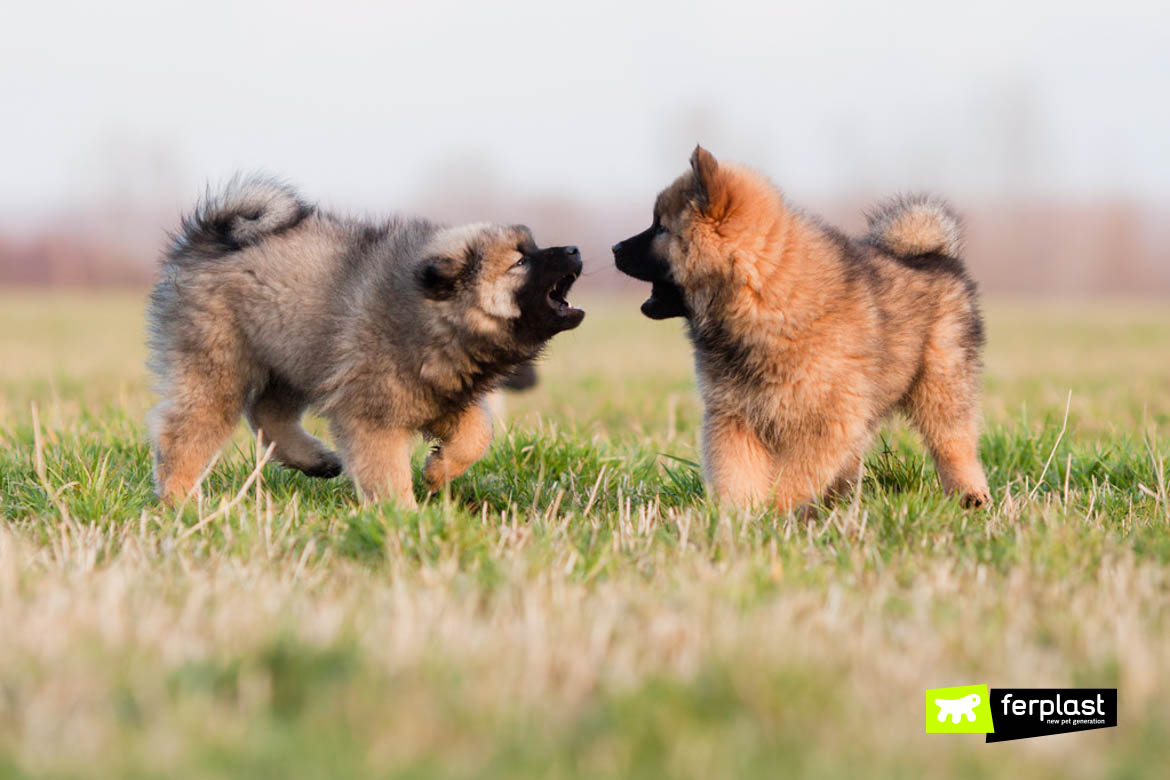 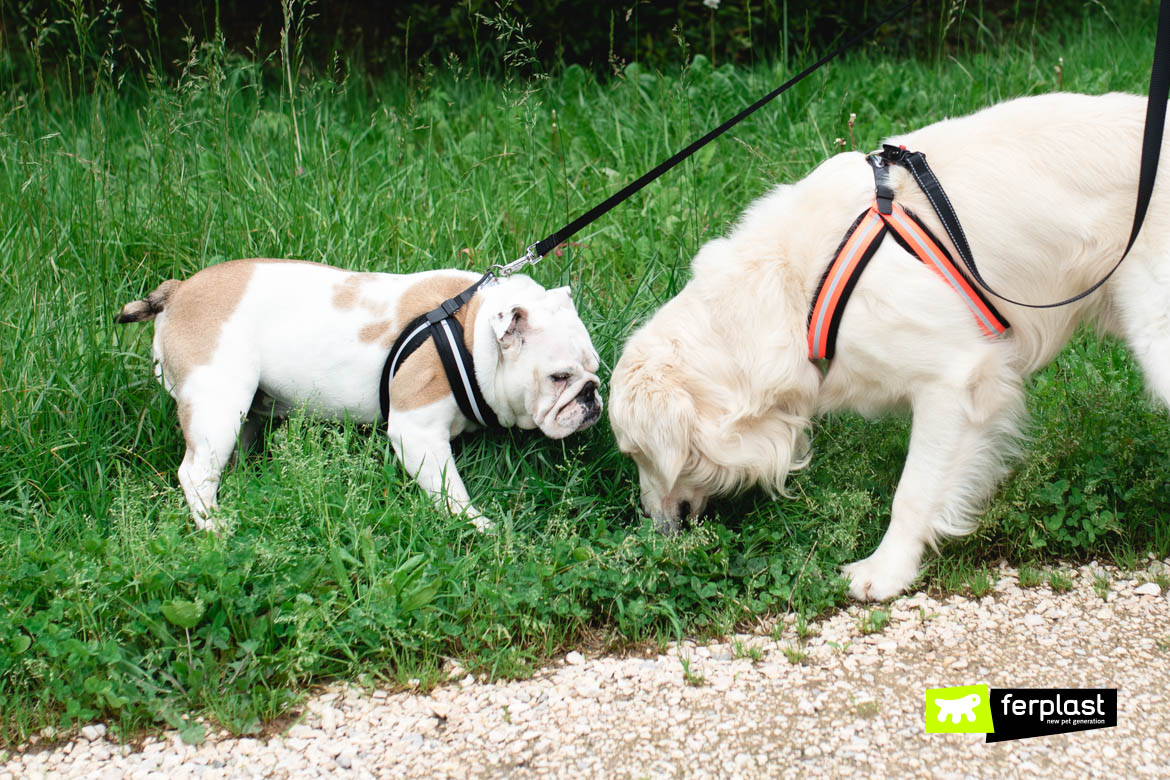 Also remember that a dog that lives in a relaxed and peaceful environment will be less prone to barking, so it is essential that the mood at home is always relaxed: let him listen to music, play with him, do not make him feel alone.

A little by little you will see how he will stop being intimidated by others!