SPORT WITH YOUR DOG: RALLY OBEDIENCE

Doing some sport with your dog is constructive from many points of view and carrying out different exercises instead of the usual ones is even more so, because it stimulates our mind and that of our furry friend. We turned to Genny, a dog trainer and instructor at the Wolfspirit centre in Gambugliano (Vicenza), to get a closer look at a special discipline, which is focused on the relationship between man and dog and the desire to “compete” together: Rally obedience!

What is Rally Obedience?

Rally Obedience a fairly new discipline, which emerged in the year 2000, in the United States, and is based on communication and fun for the dog, the owner and the public. Rally Obedience, unlike dog agility, does not focus on the speed at which the exercise is performed, but on the synergy between dog and handler.

The basis of Rally Obedience is a series of descriptive signs for an exercise, which are put into a sequence in order to form a path based on the difficulty and experience of the dog-handler team. One of the advantages is that it is a very inclusive sport and, therefore, all dogs can practice it without any problems, regardless of breed, size and age. 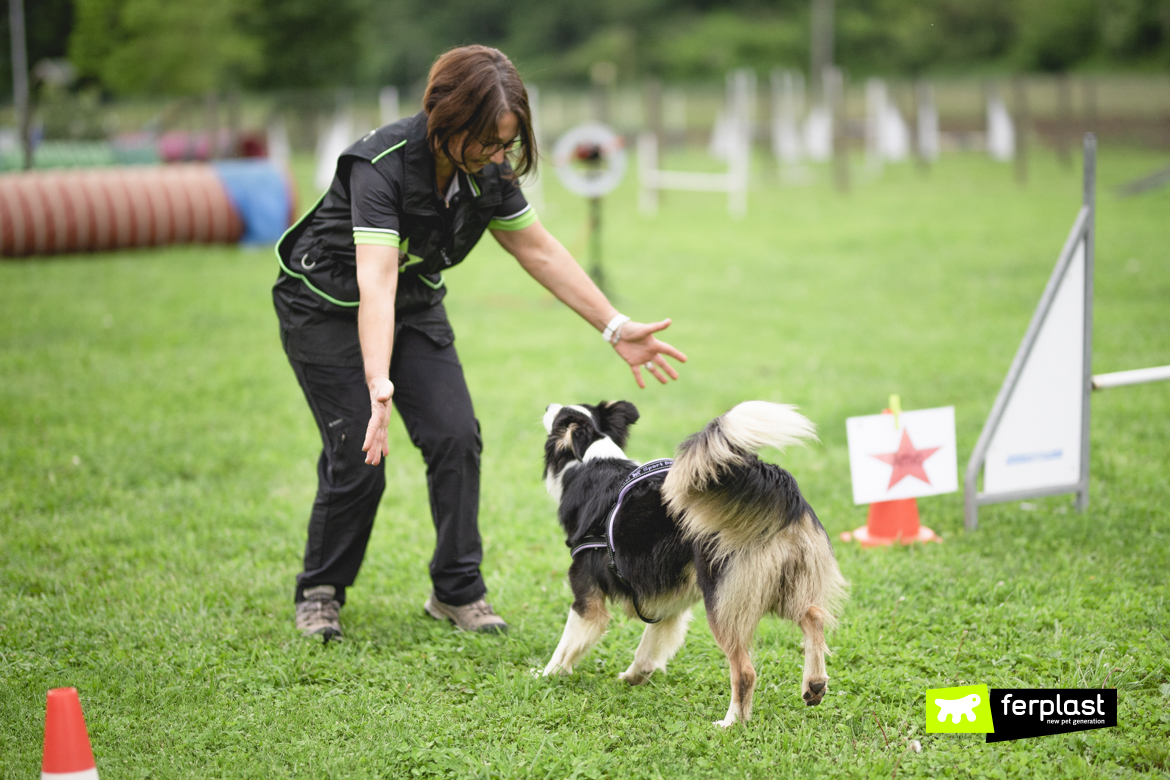 A Rally Obedience course consists of 15-20 signs, for three different classes, indicating the exercises to be performed with the dog: heel, turns, positions, stay, recalls and various others depending on the level.

Let’s take a look together at some of the exercises that you can learn in a Rally Obedience course (from the simplest to the most complex):

1. Zigzag path go/return! It is a sort of slalom between cones and is one of the easiest to do. Once the team has passed the sign, they will tackle the wavy line both going and returning, keeping the first cone on the left and being careful not to knock down the cones.

2. Sit-Go around! The team stops next to the sign and the dog, upon the handler’s command, takes on the sitting (heel) position. Then the handler tells the dog to stay and he walks around him in an anticlockwise direction returning to the initial position. At the end of the exercise the dog must be rewarded. 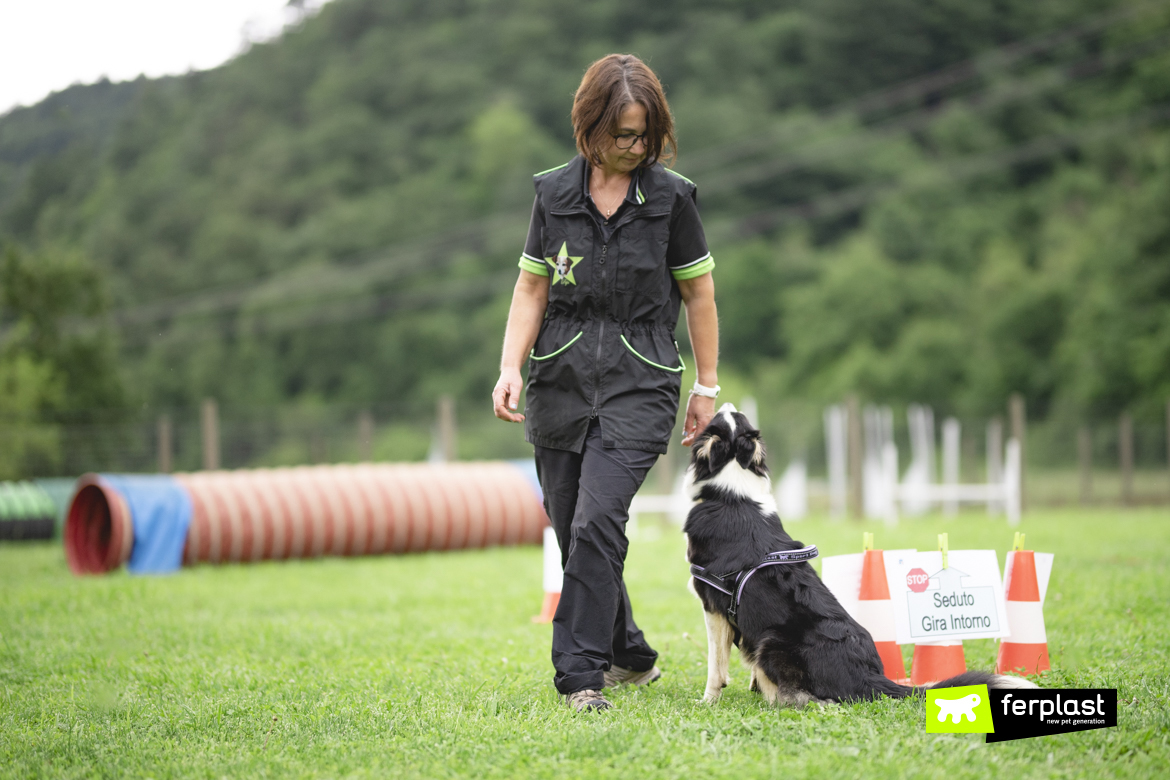 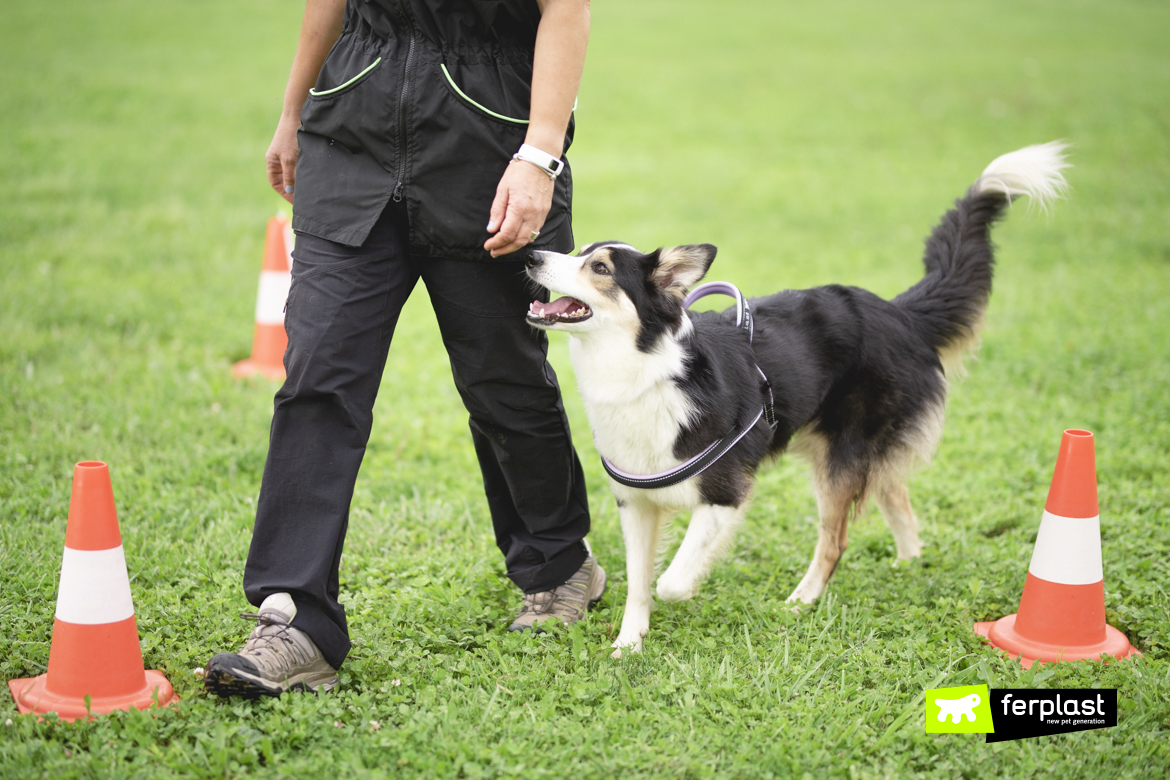 5. Stop, leave the dog, send him to the jump! To do this exercise it takes a lot of coordination and great harmony! The team stops 3/5 metres before the jump which will be on their right about two metres away. The handler leaves the dog in a sitting position and walks away to the next sign placed 3/5 meters from the jump.

6. Turn – forward after the jump – right foot – stop! The handler, near the sign, turns around and positions himself keeping the sign on his right, and he invites the dog to make the jump, calls him to action without making him sit and makes him heel in a sitting position. 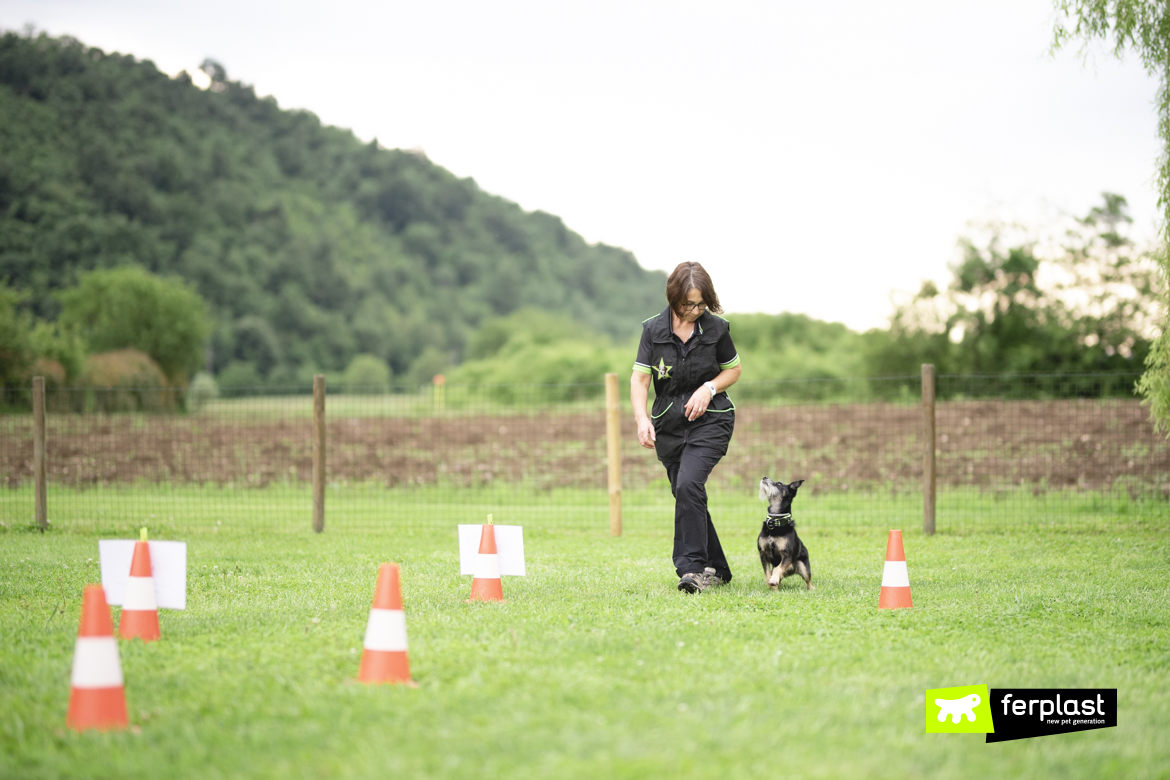 Rally Obedience can help you establish a wonderful relationship of trust with your dog. Ten minutes of training per day is enough to get excellent results and remember … a few treats and words of encouragement are essential to encourage the dog to perform the required exercises and to become a perfect team! 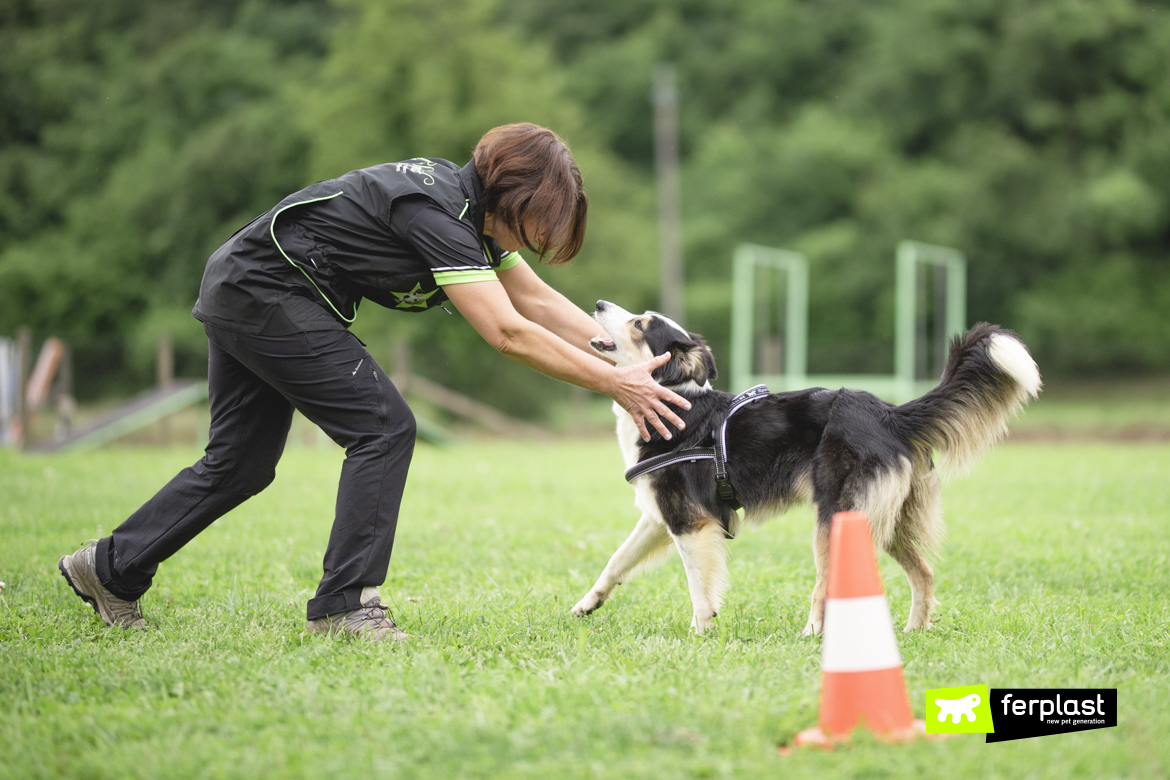