SPORT WITH A DOG: MANTRAILING

Playing or playing sports with a dog is very important, as we often repeat. If you are looking for an unusual activity to enjoy with your four-legged friend, we suggest you try Mantrailing, a discipline that highlights your furry friend’s great sense of smell and ability to search, as well as your ability to interact with him.

Man-trail literally translates as man-path. In other words, it means following the path of man. The dog that practices Mantrailing, in fact, is potentially able to follow the individual smell of a specific person and to identify it among the many smells present in an environment.

Mantrailing is a searching activity usually used by Canine Units to identify lost people, but it also lends itself very well as an exciting recreational activity! 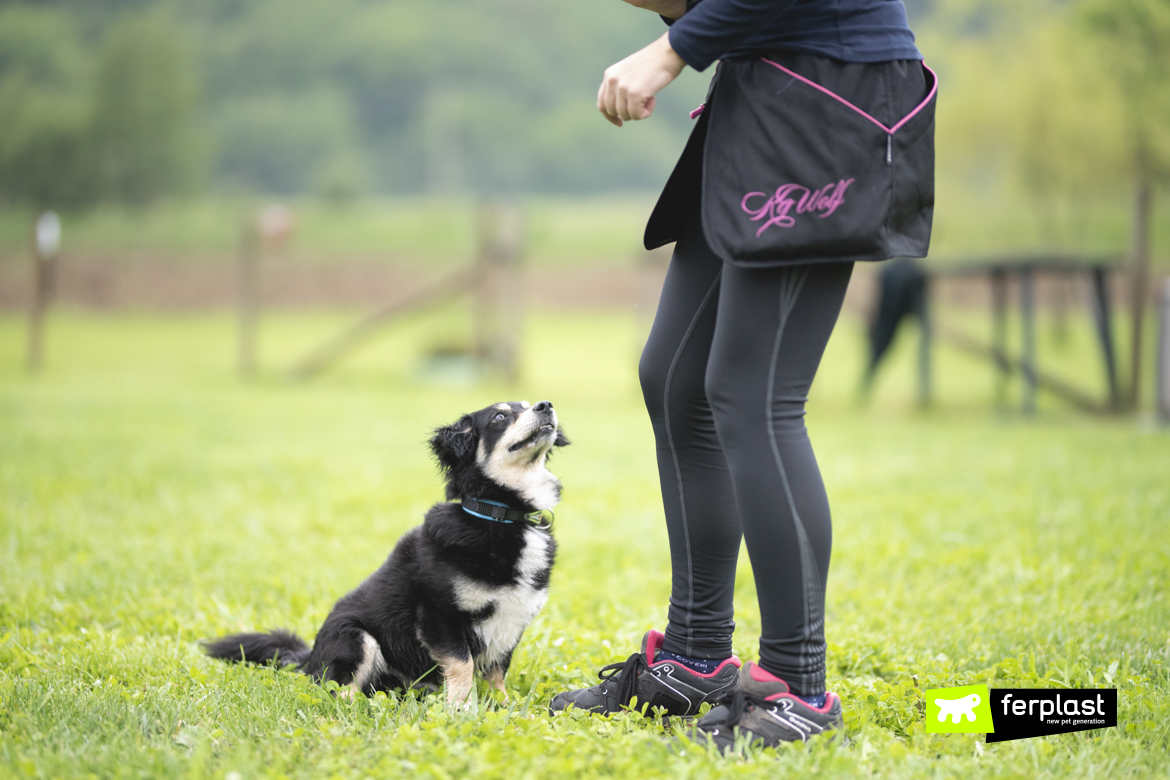 How is a Mantrailing exercise performed?

To practice this sport you need a collar, a harness, a 5-metre long line, a reward (snacks, dry food or whatever your dog prefers) and obviously a great desire to play with the dog.

It is interesting to know that every human being continuously loses particles from their body. These molecules fall and form a scent trail that is easily perceived by your pet; dogs are able to recognize all the human smells that occur in the environment and identify a specific one.

The first exercise to be performed is focused on motivation. A helper is positioned in front of the dog and his handler who is ready with all his equipment. The helper stimulates the dog, allowing him to smell the reward, then he drops an object to the ground (which can be an item of clothing; in the video we used a hat) with its natural small and its molecules and runs off to hide. The dog memorises the composite characteristics of the smell and, for this reason, he will be able to identify the subject sought for, by following its trail. After the time needed to reach the hiding place, the owner lets the dog smell the object and gives the command “Search”. The dog sets off to look for the hidden object and once he has found it, he will get a reward in return. 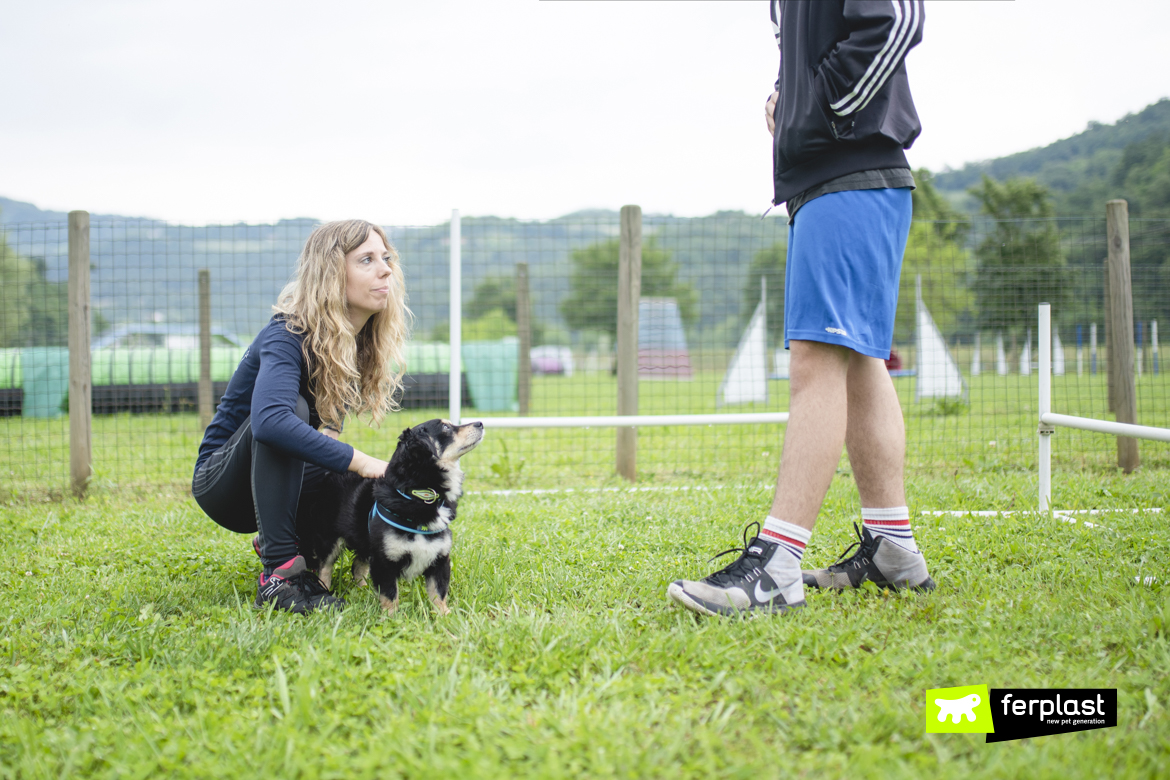 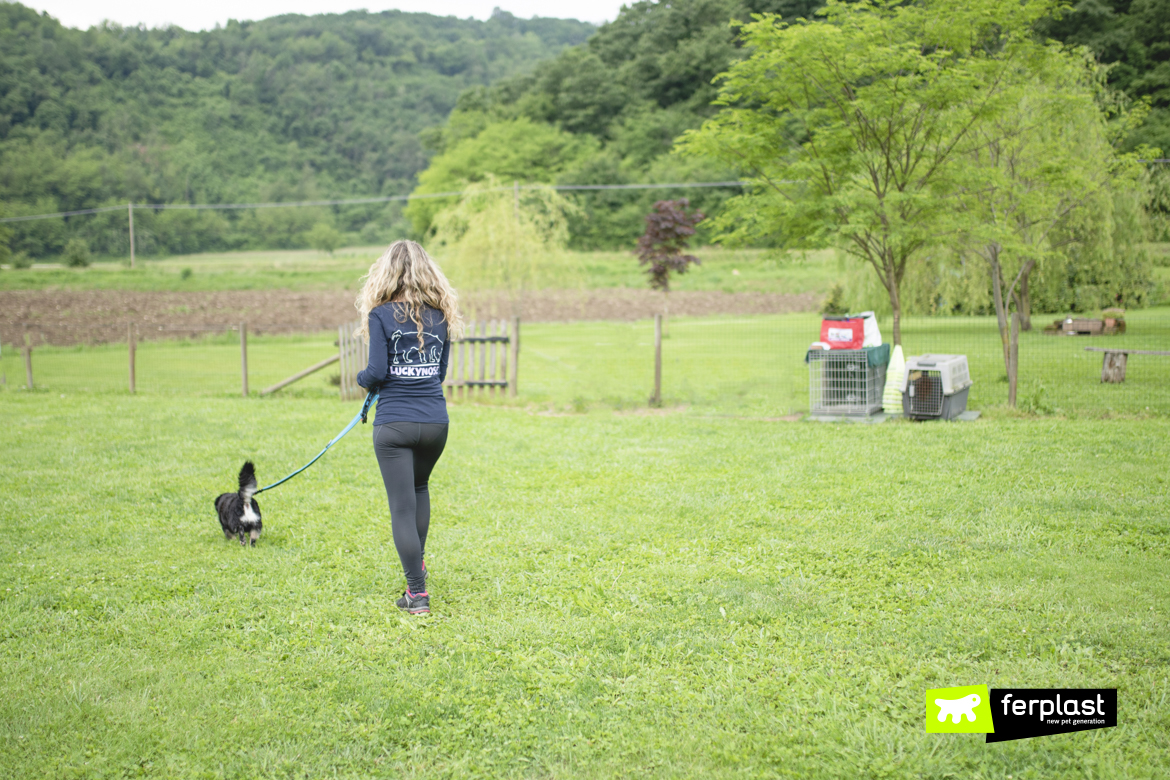 Once the dog has acquired the right motivation and has understood how this game works, the smell  input of the helper is already in place at the starting point; the harness is put on the dog along with the line, and the person conducting the game lets the dog sniff at the smell  and proceeds with the “Search” command. The dog will decide the direction of the traces of the acquired smell and continue to search. Indicating the discovery of the person gradually gets stronger during training. 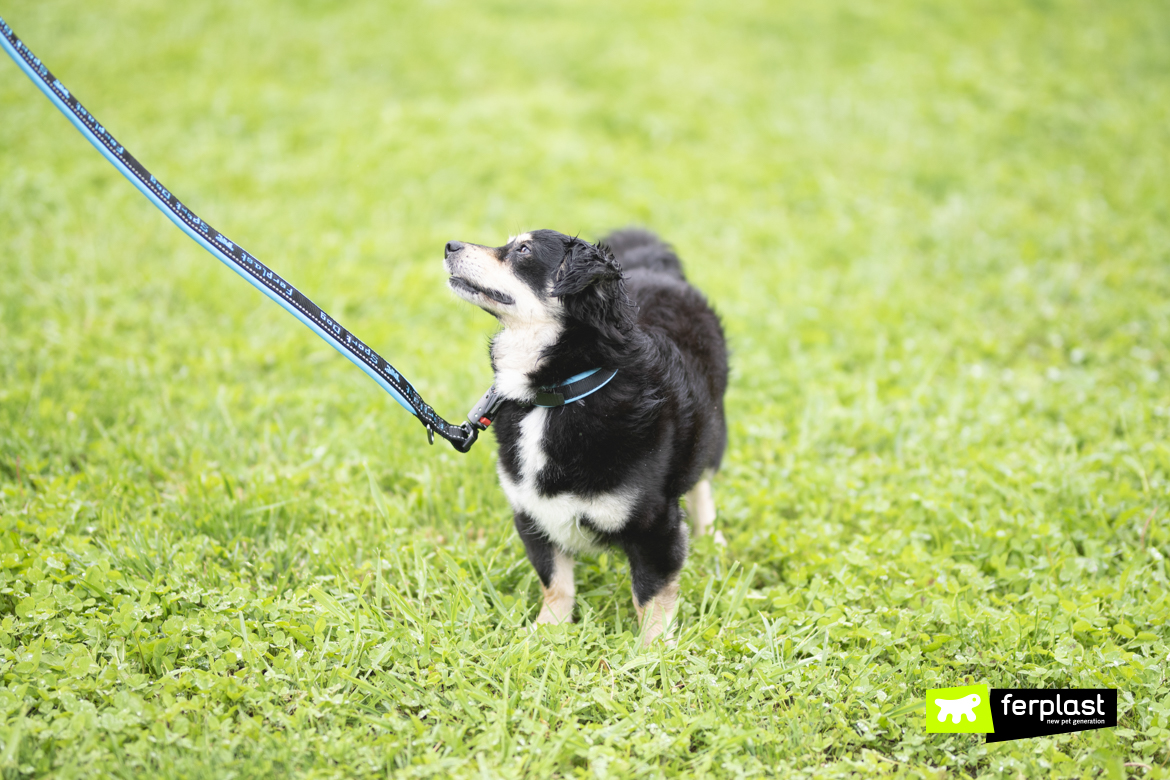 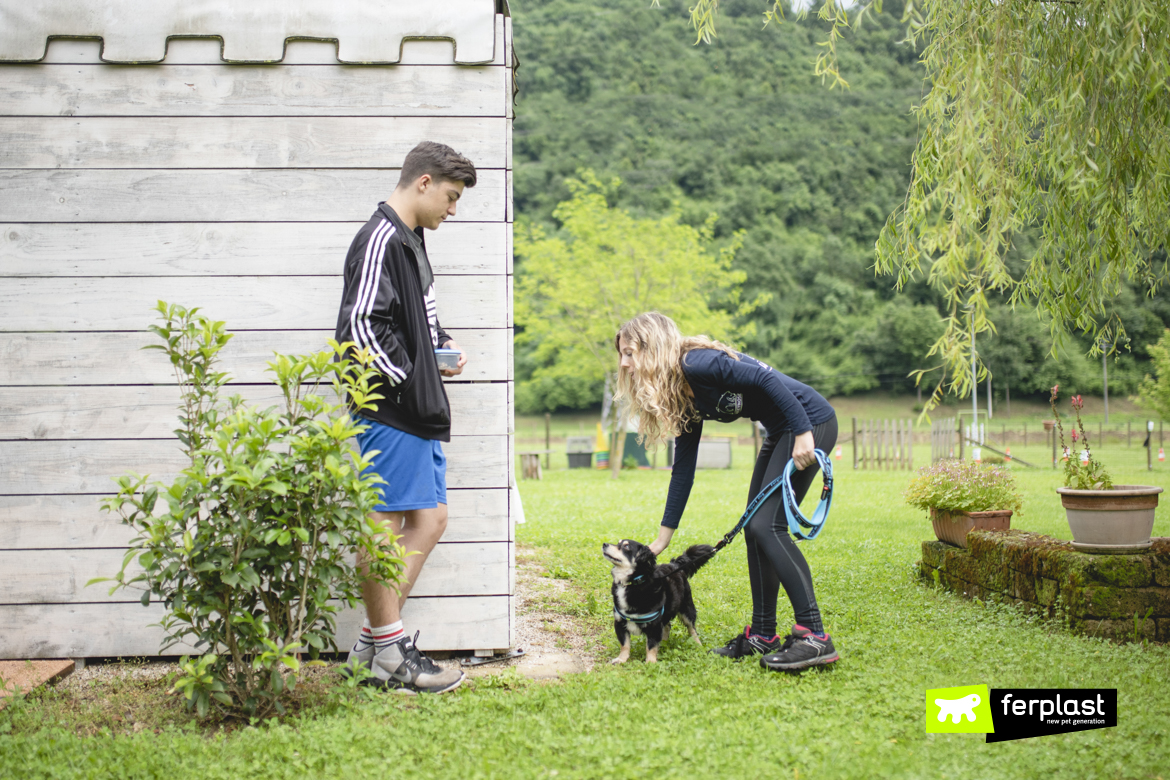 Which dogs can perform Mantrailing?

All dogs can enjoy this sport, but they must demonstrate a good desire to do so and an aptitude for work, while the handler must demonstrate skill and be natural when leading the dog. It takes perseverance and dedication, but in the face of good results, there is a great deal of satisfaction! 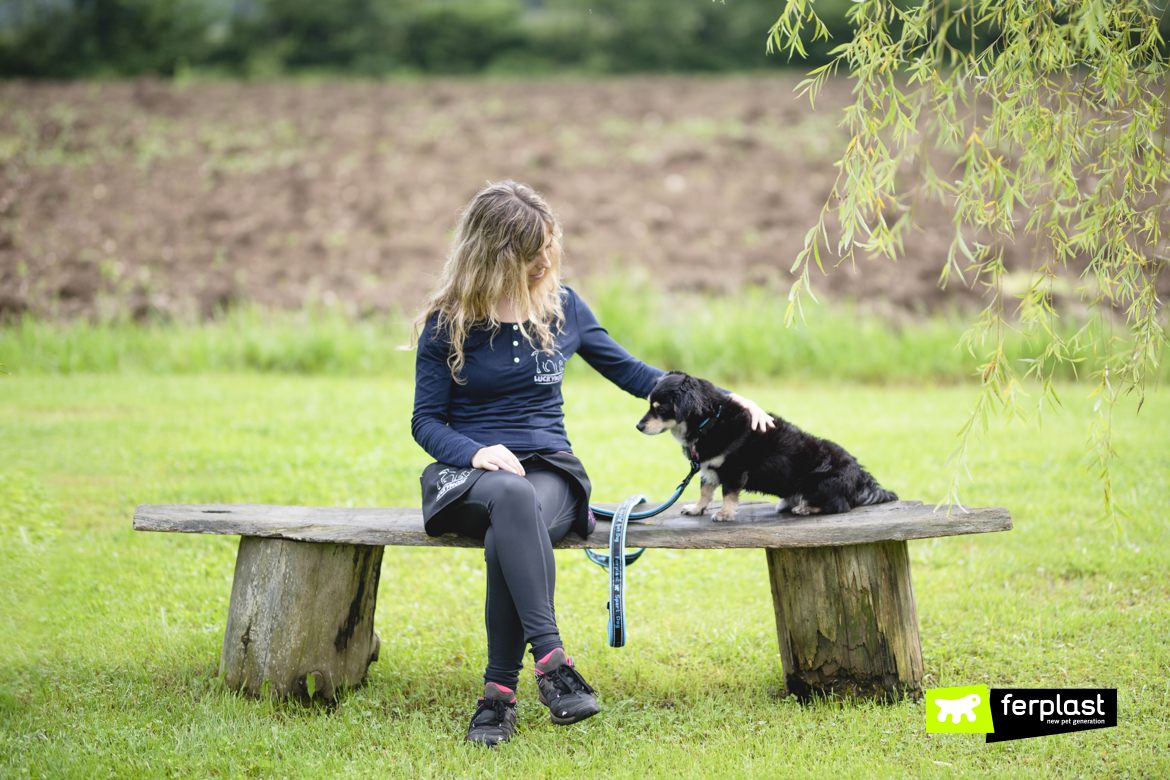 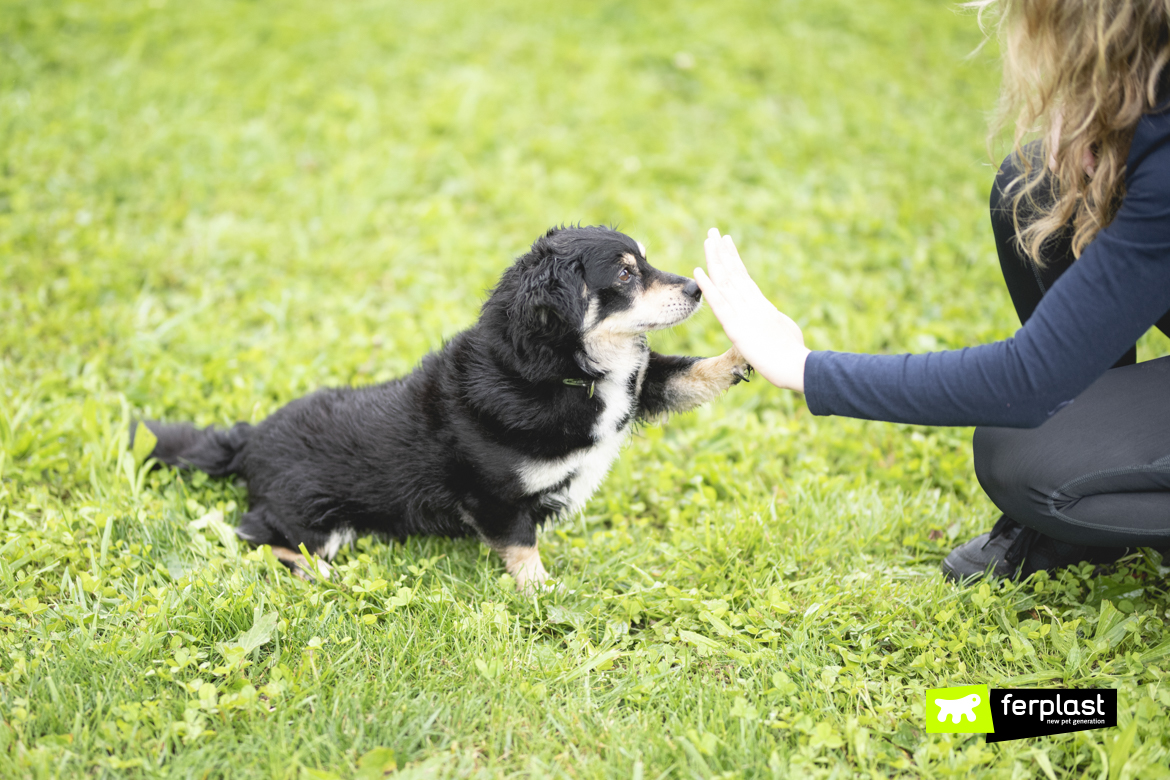 Enjoy the video we made in collaboration with Lucky and Alice Salionti, educator at the Luckynose canine centre in Isola Vicentina, who will show you step by step how to perform Mantrailing.