SHAR PEI, CHARACTER AND HEALTH OF THE DOG WITH WRINKLES

The Shar Pei is a very special dog, known to most for his wrinkles, making him really cute and cuddly especially at an early age. Let’s discover together his character, needs and history; this information could be very useful in case you want to adopt one and make him your companion of life!

Origins of the Shar Pei

The Shar Pei is a dog of Asian origin, specifically Chinese, descended from molossoids coming from Tibet. His history is very ancient and it seems that the first examples date back to 200 BC. For a long time, he was considered a factotum dog because of his talents and his remarkable intelligence: hunter, shepherd, guardian and (unfortunately) fighter … a dog able to perform any task assigned to him. 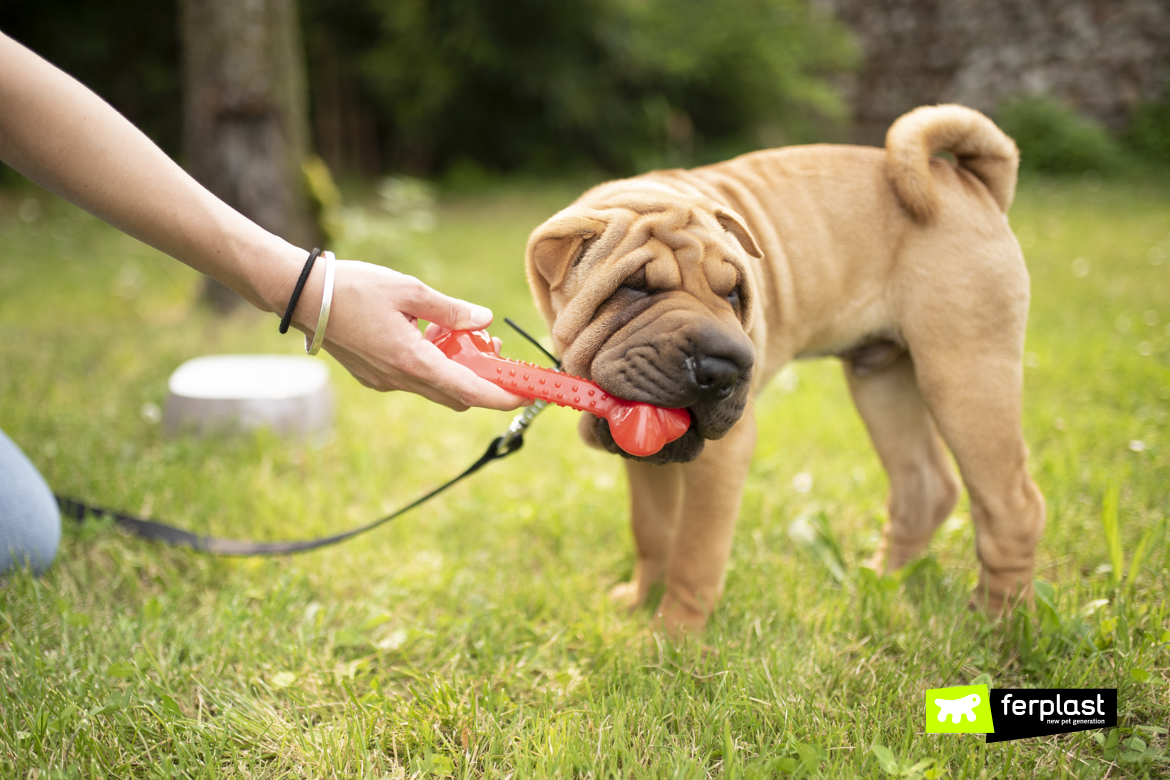 Physical features of the Shar Pei

The Shar Pei is a medium-sized, compact and robust dog, whose main feature is his sagging, wrinkled skin, concentrated mainly on the head and between the eyes. It measures around 44 – 51 cm at the withers and can weigh from 18 to 30 kg depending on gender.

As for the hair, it is certainly very hard and can have different colors: cream, black or gray, it can have all shades except white. 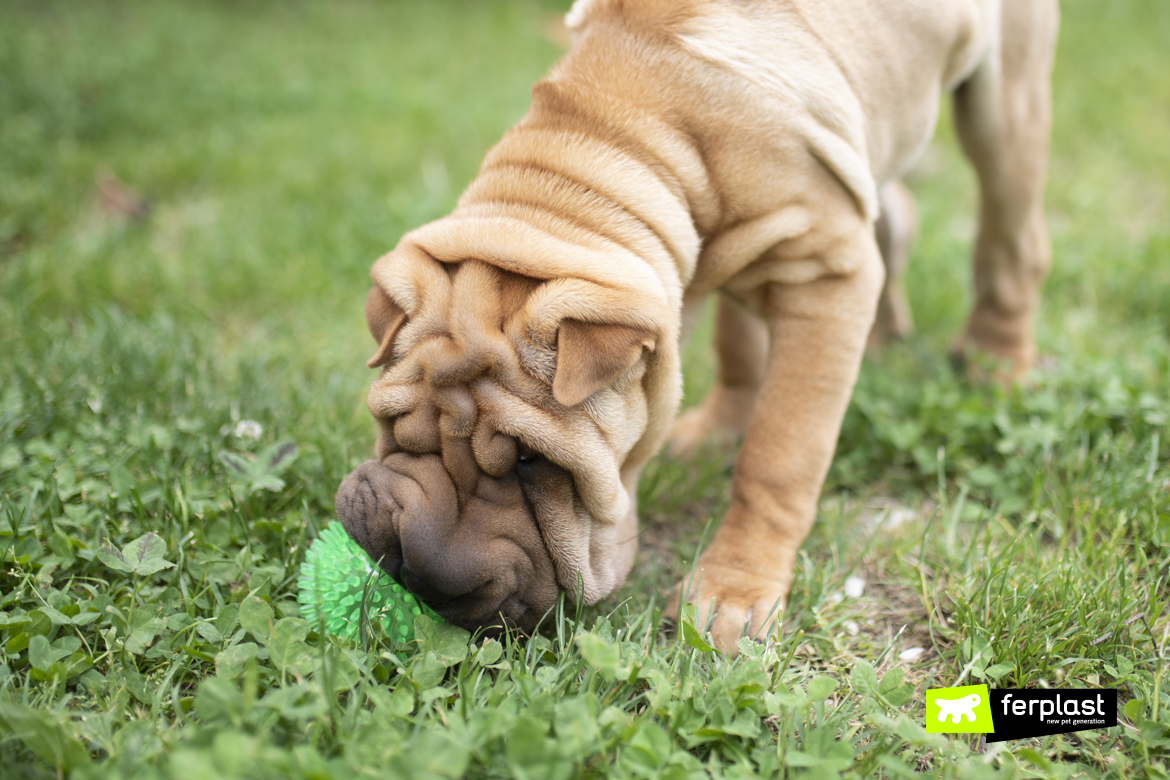 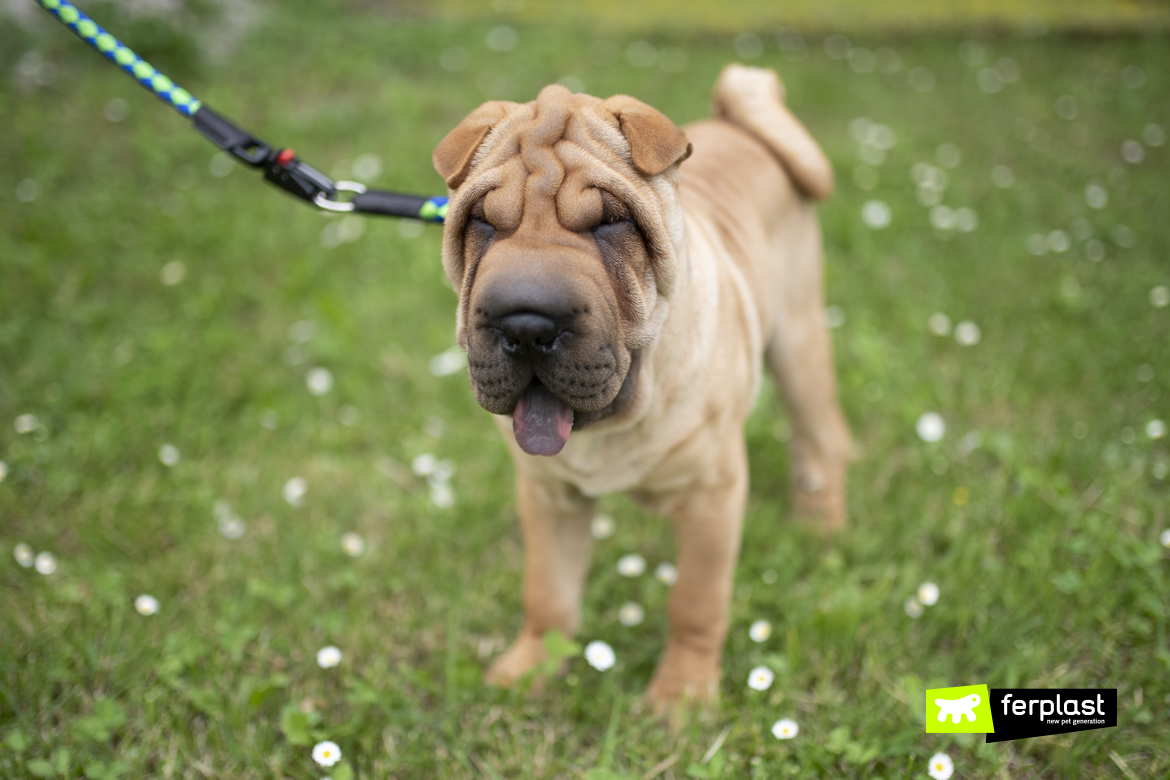 The Shar Pei breed is by nature mild and peaceful, a quiet companion dog, perfect for the family. However, he has a very strong personality, so he can adapt himself very well both in the countryside and in the city, even live in in a flat, but in this case put a collar and a leash on him and often take the furry friend to the park to let some accumulated energy off, also because with a sedentary life he will soon become a big lazy! An advice? Given his predisposition to have a dominant character it is important to support him with a trainer since he was a puppy! 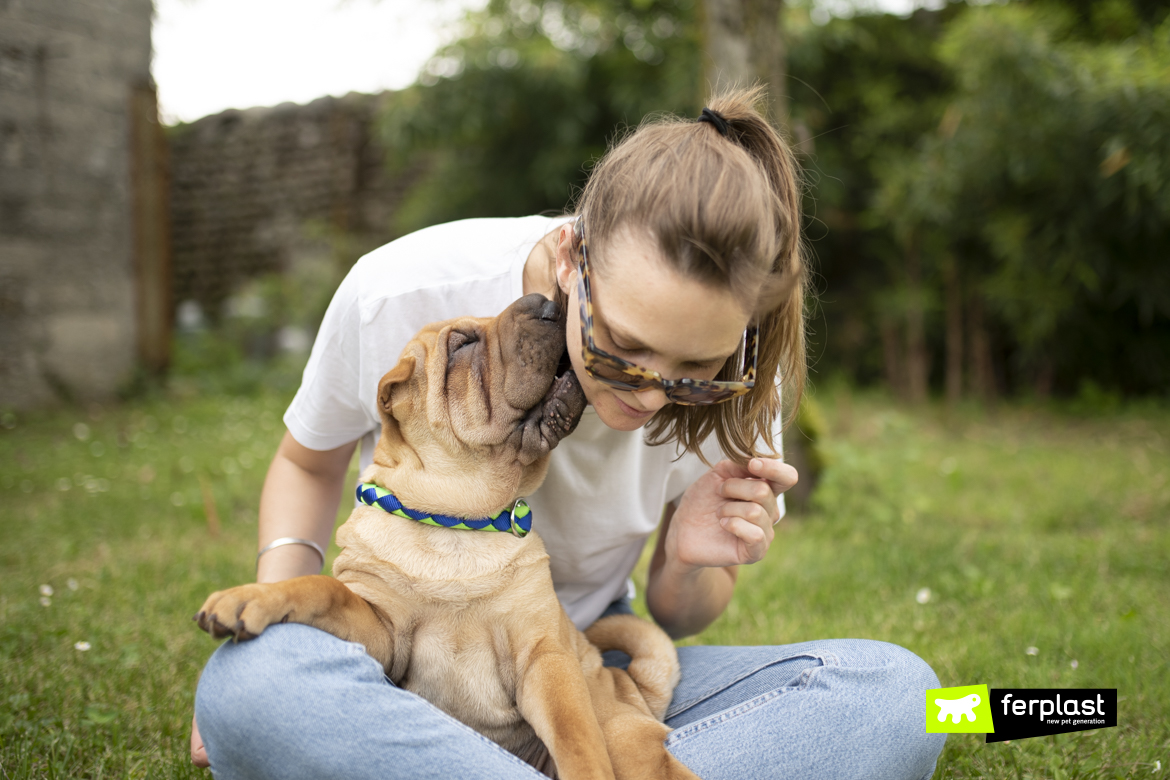 Compared to the majority of dog breeds the Shar Pei does not like water: avoid taking him out if it is raining or if there are thunderstorms, he hates getting his legs wet and is very sensitive to climatic factors. Because of some characteristics of the skin he is particularly predisposed to suffer from some sicknesses that have the bad smell as a consequence. 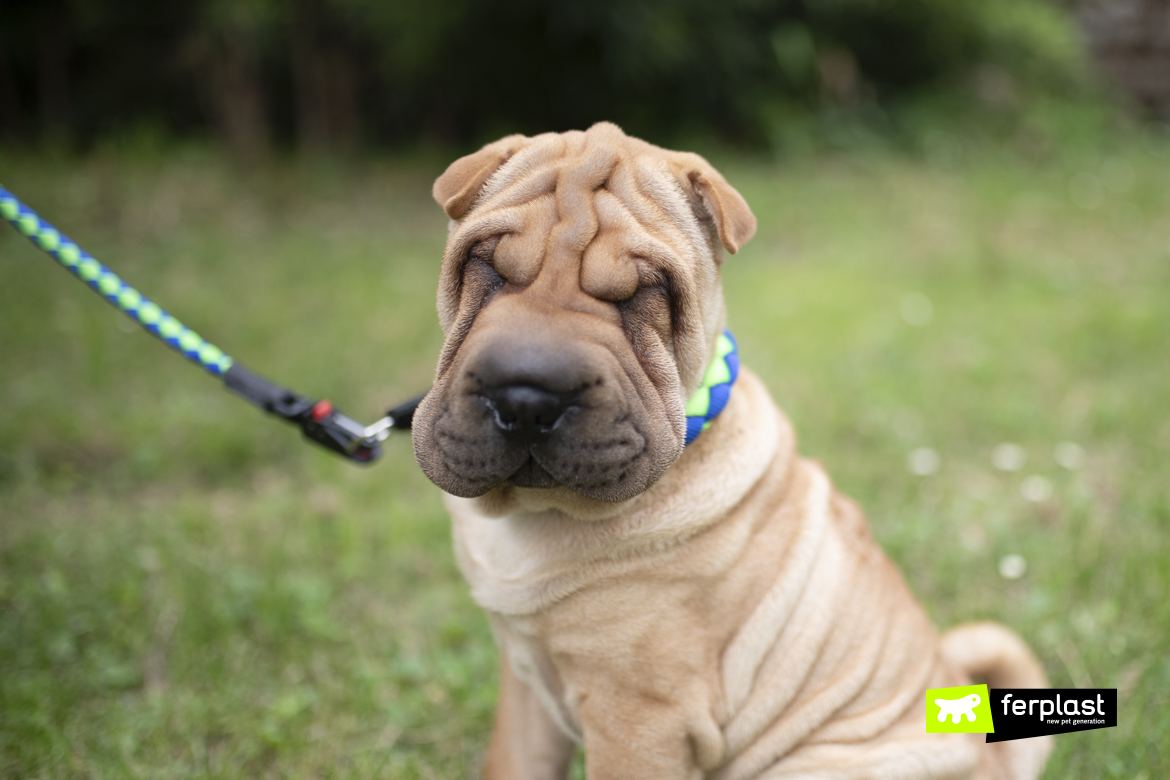 The name of the Shar Pei derives from the Chinese ideograms that mean sand skin: it is reported to soft-like-velvet hair but, if caressed the wrong way, it is bristly and looks like sand.  Not only, in Chinese culture the Shar Pei was born as a dog involved in driving away the spirits, demons and ghosts, so that he was allowed to idle and have a comfortable life. 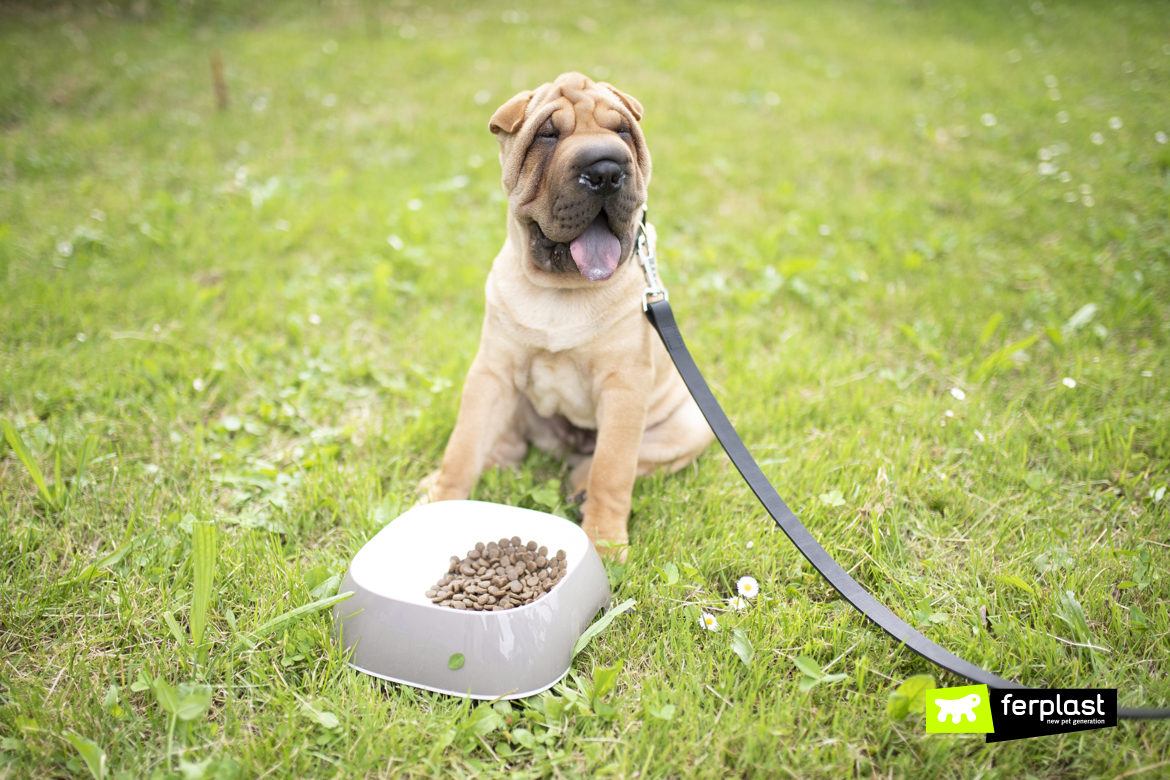 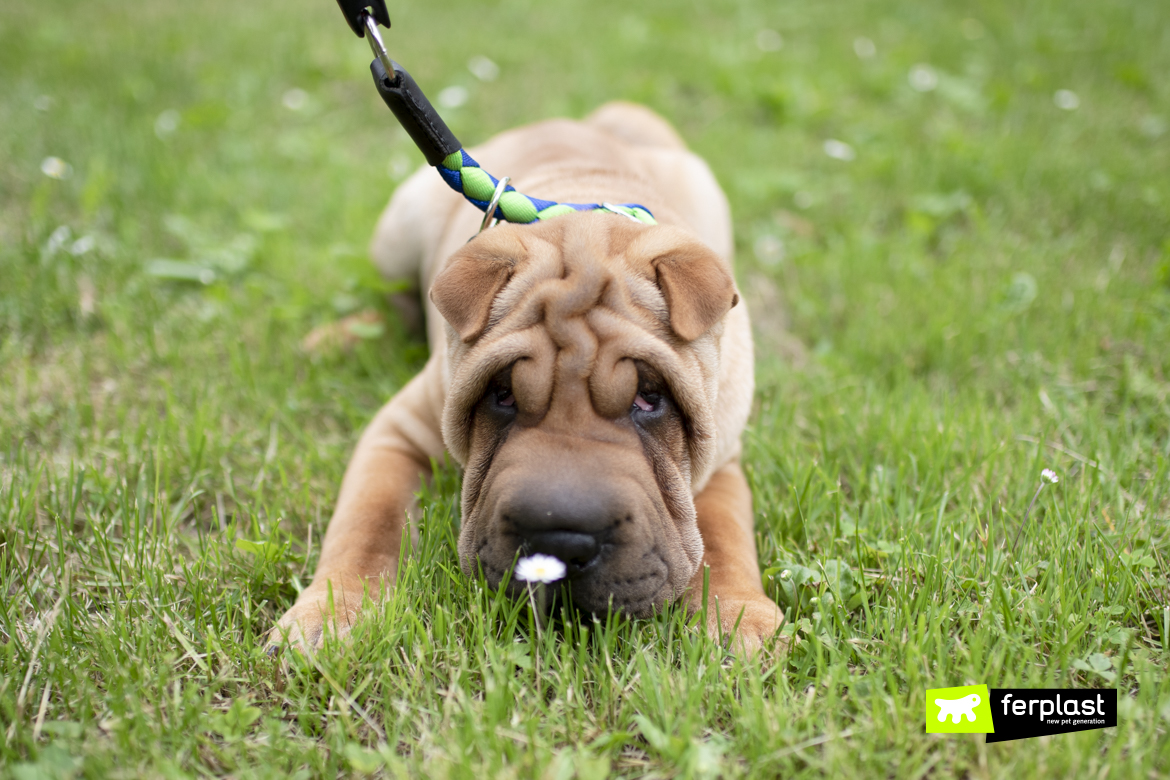 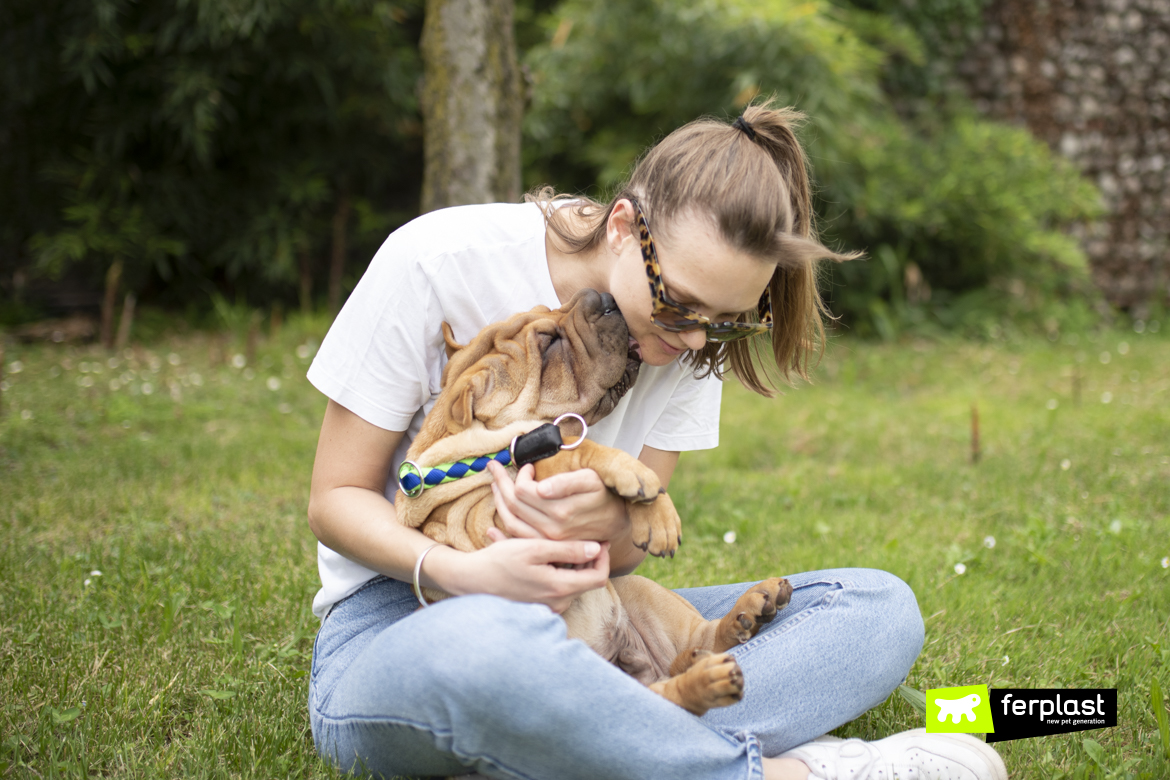