SETTING UP A FRESHWATER AQUARIUM: ROCKS

To set up the bottom of a freshwater aquarium, you need: gravel, artificial plants and rocks. Rocks are particularly useful because they guarantee a place in which the fish can find shelter, offering them safety. How should the rocks be chosen?

Usefulness of rocks in an aquarium

As well as embellishing and decorating the aquarium, rocks also make it possible to reproduce the specific natural habitat, thus facilitating the normal life cycle of its inhabitants. They have an important function for what concerns the survival of the fish: they are, in fact, excellent hiding places, where fish can find shelter from any external noise or movement. If we do not add rocks to our tank, our fish will probably be prone to stress. In addition, rocks can also be used to separate spaces and create different levels and natural terraces. We can simply attach plants to them and they are also useful for keeping wooden items on the bottom. 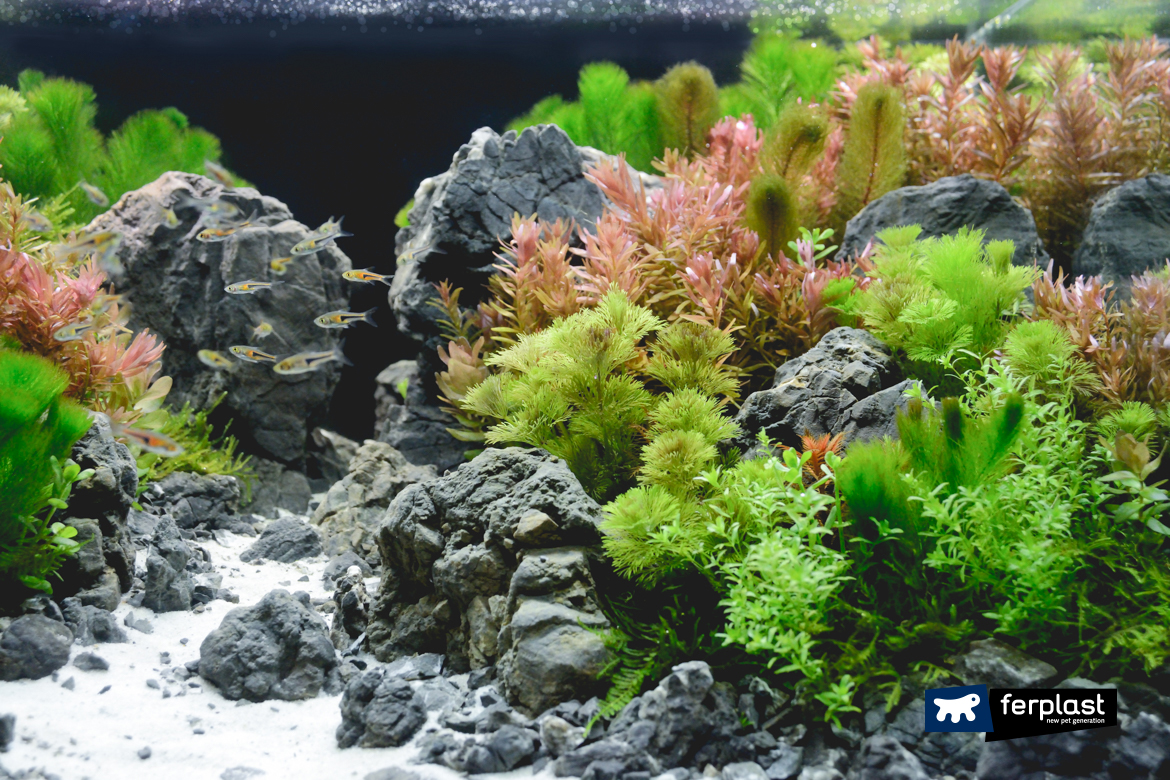 Rocks can be bought in specialized shops or can also be found in nature. In the latter case, be very careful and clean them well before putting them into the aquarium, as they could contain bacteria and elements harmful to the fish.

The choice of rocks goes hand in hand with the natural habitat that we want to reproduce. Not all rocks are suitable for all environments; some, for example, release calcareous compounds that modify the pH values ​​and increase the hardness of the water. It is always best to avoid nice clean white rock, as it could reflect the light of the aquarium, creating various problems for our finned friends, so it is better to opt for dark colours. It is also advisable to check that the rock has no sharp points, which could injure the fish.

There are different types of rock, the safest and most used are: slate, a stone that darkens as it oxidises and becomes similar to the blackish rocks found on the seabed; travertine, which is particularly porous and thus generates a source of extra oxygen for plants and fish; basalt, perfect for creating hideouts and sheltered areas; lava rock, also very porous and very beautiful to look at. 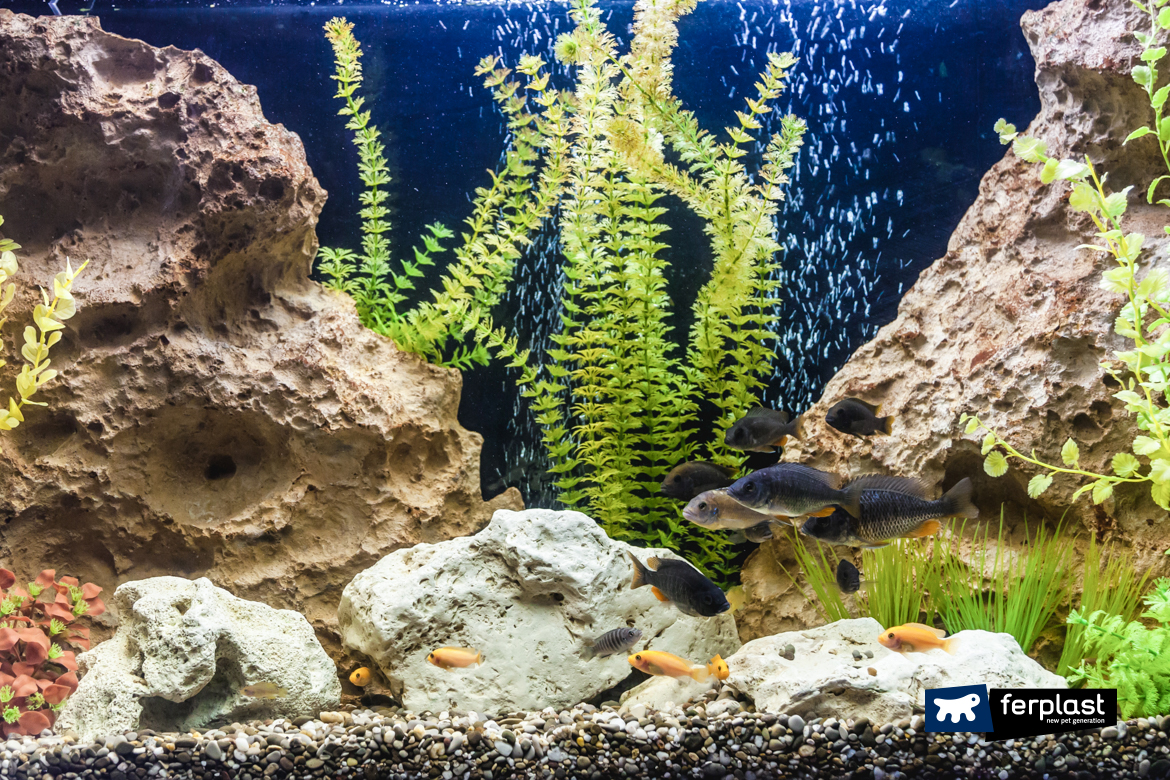 How to place rocks in the aquarium

After making the gravel base, place the rocks in the desired position. The rocks must always be secured so that they remain in a stable position and do not injure the fish if they move. The larger ones should be placed directly on the bottom of the tank, while the smaller ones are usually used to hold the various gravel terraces in place.

A useful tip is to try out the set-up outside the aquarium first, to avoid making too many movements once the rocks have been put inside, and also to avoid ruining the set-up on the bottom of the tank.