A soft and adorable ball of fur… Who are we talking about? Not cats this time. Ladies and gentlemen, the chinchilla! Let’s find out more about them.

Chinchillas originally come from the Andes, where they live in regions between 3,000 and 5,000 metres above sea level, and their fur is so soft they have always been hunted for it, and have even risked extinction. That’s not what we want them for, of course: their fur is great for cuddling, but that’s about it!

The characteristic softness of chinchilla fur is so remarkable that the species was named after it: their scientific name is Chinchilla laniger, where laniger means “woollen”. This graceful rodent, raised in captivity since the early 20th century for its fur as well as for its sweet temperament, has turned out to be an excellent pet. With its sweet little nose, its long whiskers and large ears, its small size (an adult specimen weighs about 500 g), and its soft, non-smelling coat, the chinchilla has conquered countless hearts.

Mostly nocturnal, it can also be active during the day and adapt to our habits (of course, it’s never advisable to force the animal into anything). Its character is usually docile and sociable, although some individuals can be a little shy, and it can develop relationships not only with other chinchillas, but also with human beings. Chinchillas also get along with other chinchillas of the same gender, if they grow up together. 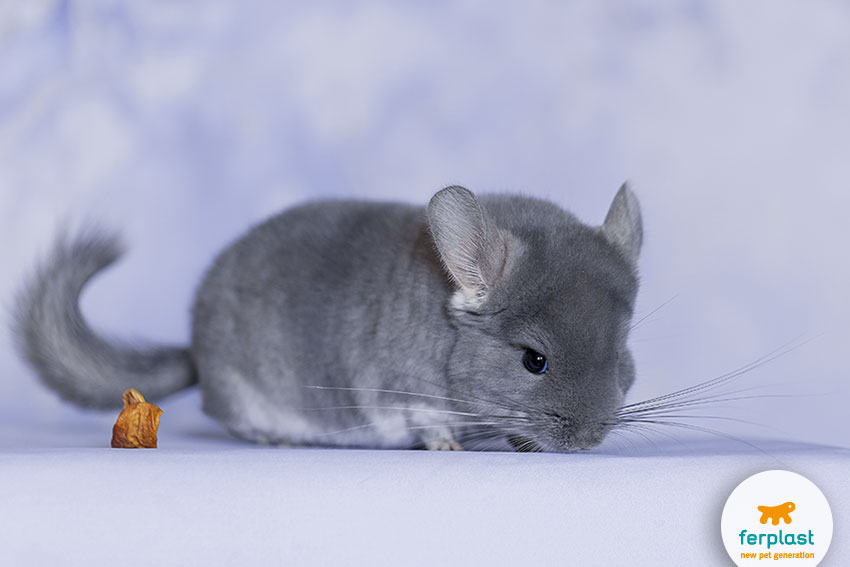 Chinchillas are tiny, yes, but they can live quite long lives, if all their needs are met. This rodent can live up to 15 years, and some specimens have lived to 20. Not being particularly delicate animals, it’s not hard to raise them, but some aspects of their lives must be carefully attended to, their diet in particular.

But what do chinchillas eat? Being strictly herbivorous, just like Guinea pigs, chinchillas must be fed mostly fresh hay and vegetables. Fruit should only be given every now and then, perhaps as a treat. Keep in mind that these little rodents are sensitive to changes in their diet, and any new food should be introduced gradually. The list of foods to avoid includes all those that are toxic or result in weight gain, such as seeds and nuts, cereals, avocado, tomatoes, potatoes and aubergines, and foods containing milk and flours in general.

To keep your chinchilla healthy, you must take care of its teeth and of the temperature of their environment. Like all good rodents, their teeth never stop growing, which means they’ll need chewing toys. These can either be made of wood, a classic, or of a special material, such as Ferplast’s Goodbite Tiny & Natural line, which can be swallowed without altering their diet (not to mention the fact that they come in cute shapes and colours). When it comes to temperature, chinchillas live well between 10 and 20° C. Above 25° heatstroke is a possibility; if it’s very hot, turn on the air conditioner, or use a cooling bed. 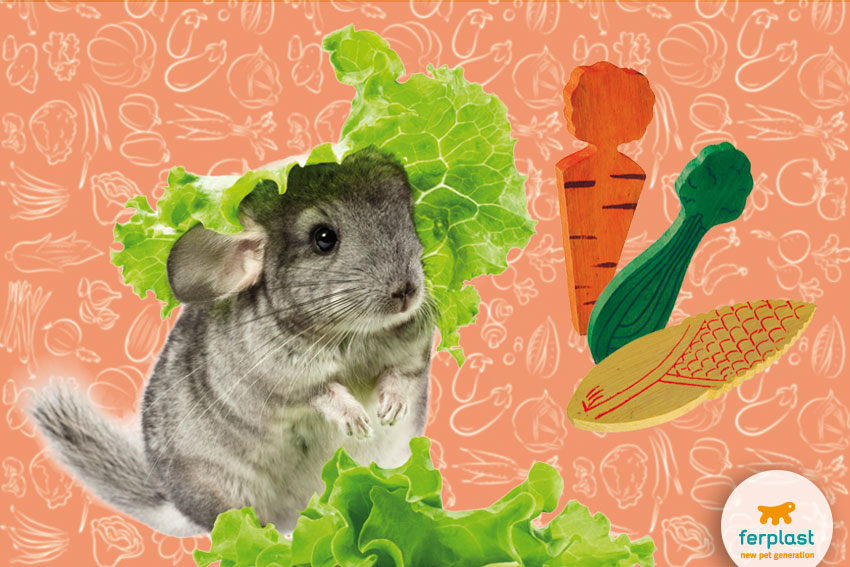 So, what do you need to raise a chinchilla? The first think you need is a proper cage, which must be roomy and preferably more vertical than horizontal, with several “floors” so your ball of fur can jump and move around. The Cincillà KD cage, for instance, comes with all the must-haves, such as drinking spout, hay trough and a container they can use as nest or litter box. The chinchilla houses you can place in the cage are also available in wood, in graceful shapes and decorations.

Chinchillas are curious, lively and playful animals, and should be allowed to run around freely whenever possible – just be very careful with any holes through which they may escape, and with power cords. Finally, they need a tub for their sand baths, which should last about 10 minutes a day: chinchillas should never be washed with water and shampoo. They groom themselves by rolling around in the sand (it must be specific chinchilla sand, or it could cause skin problems) to get rid of grease and humidity and to keep their fur nice and glossy. 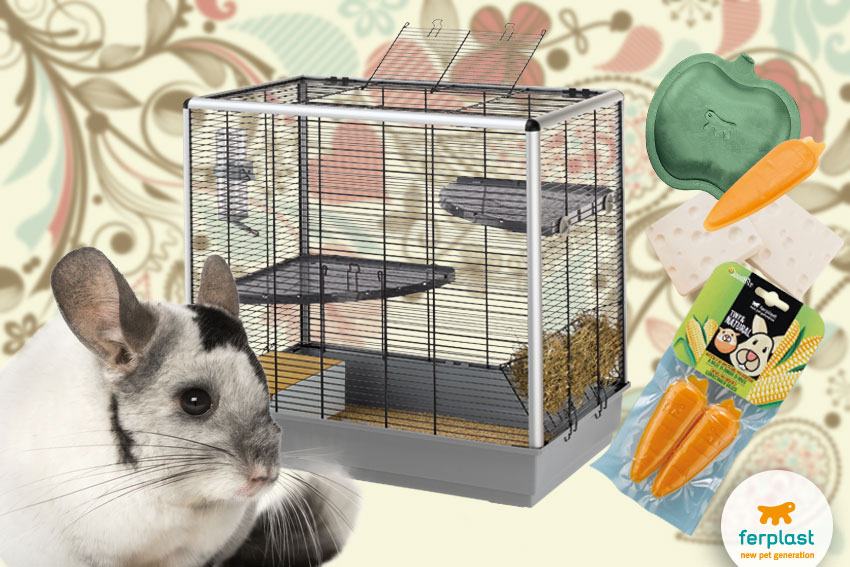 Now that you know all this, don’t you feel this strange desire to have your own chinchilla?