DO CATS PLAY OR FIGHT? HOW TO UNDERSTAND FELINE BEHAVIOUR

Have you ever seen cats chasing each other and pawing at each other, without being able to understand whether they are in the middle of a fight or just playing? Sometimes even the experts among us find it difficult to define the fine line between play and conflict between two cats … but don’t worry, we will help you understand whether the two cats are great friends or the fiercest of rivals!

A cat that tries to challenge a rival is completely different from a cat that is telling a fellow cat that he wants to play, so the secret to understanding whether two cats are playing or fighting is to interpret the signs they send with their body.

How two cats behave when they are fighting

Cats that are fighting or getting ready for a possible confrontation, start looking straight into each other’s eyes, their hair stands on end, their backs are almost always arched and their legs are stretched to make themselves look taller. One of them adopts a dominant, challenging position and approaches the other in a rather aggressive manner, while the other, to defend himself, tries to fight back.

During the fight the two cats make long, acute meowing noises and once the fight is over, one of the two will have to lick his wounds (really, not figuratively speaking!) and he will be the one that runs for cover and hides from the fright. Be careful, because the injuries they suffer from fights like these can cause infections and lead to serious illnesses. 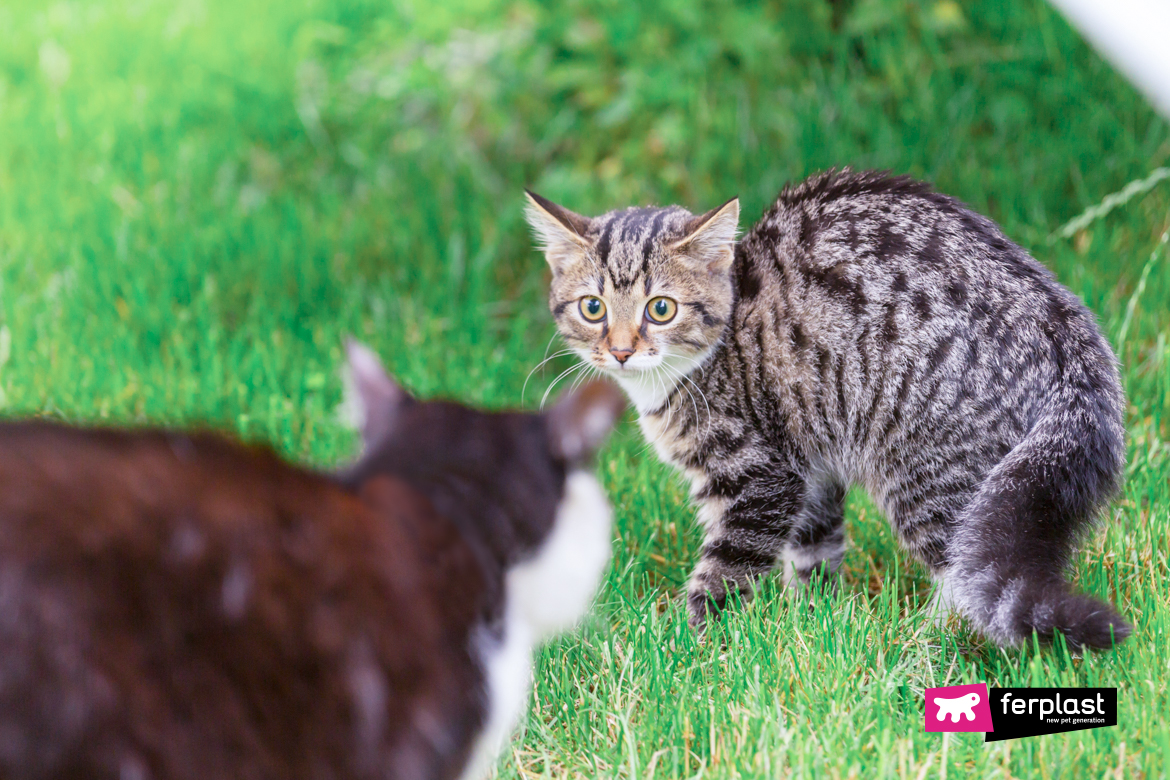 How two cats behave when they are playing

When a cat wants to play, it approaches the other in a friendly way, trying to figure out if he wants to play too. In this case, they jointly determine the rhythm of movements, attacks, defence or chasing. Always keep in mind that when two cats are brawling for fun, they are happy to change places with each other.

From the point of view of bodily communication, when two cats play, they keep their ears pointed forward, straight or slightly backwards and they never exaggerate with too much meowing. Once the playing session is over, they move away from each other quietly and neither should have any injuries. 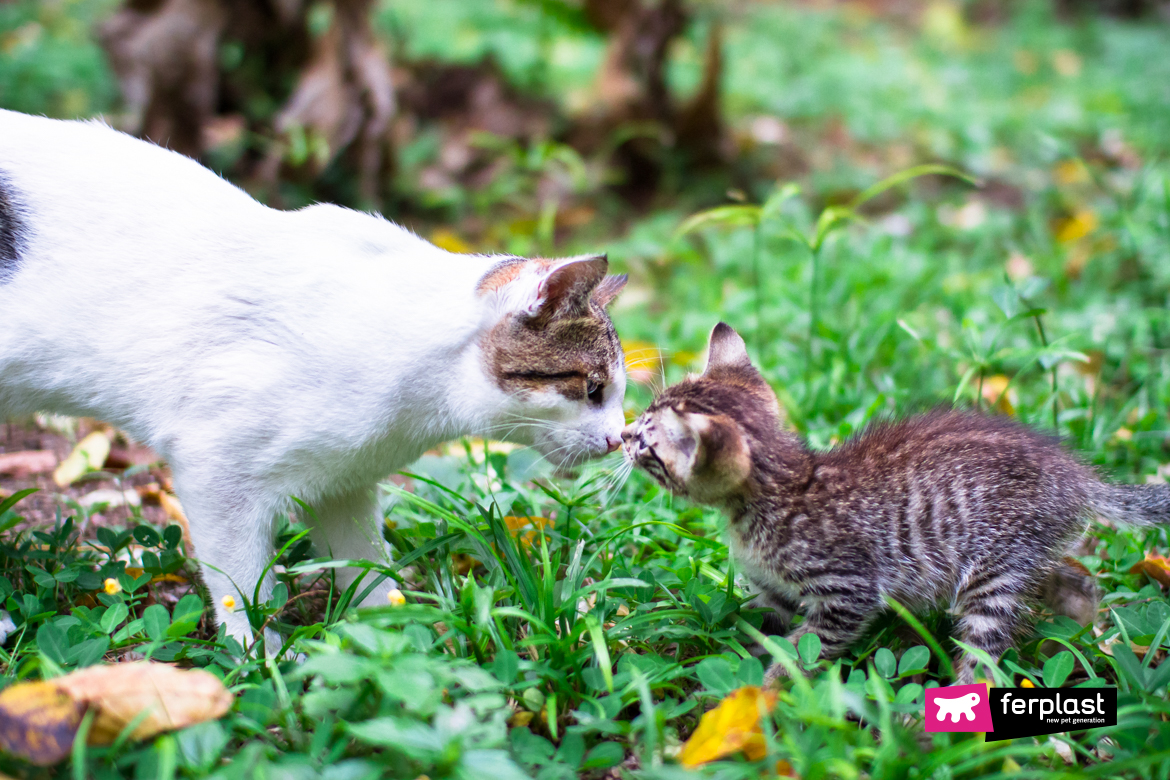 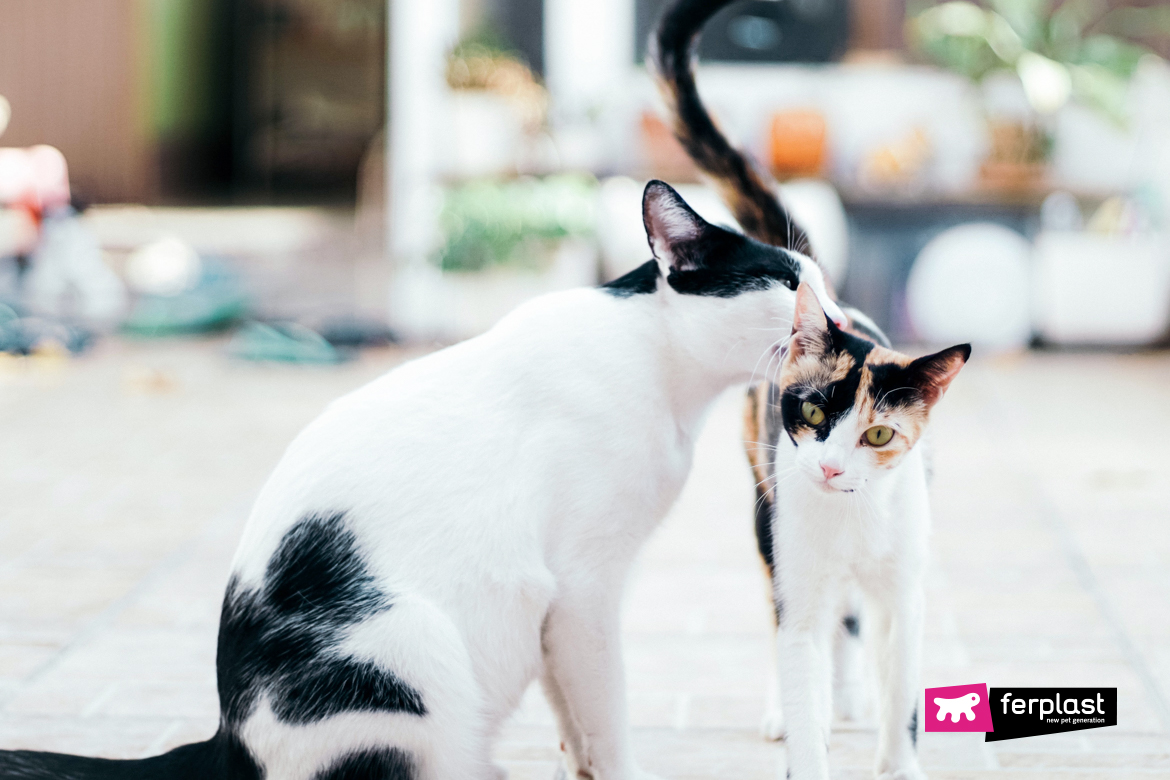 What to do if cats fight

If you notice that the cats are going beyond a simple game, try to stop the fight as soon as possible and prevent one of them from being seriously injured. Yes, it’s true… particularly male cats can be very brutal against a rival of the same sex!

The first rule is never to get in the middle, never shout or use violence. The secret is to make a loud noise, such as clapping, in an effort to distract them.

To reduce fights, a socialization process must be initiated, which should usually be done at the beginning, as soon as the second cat is brought into your home. Each feline must have their own space and their own accessories: bowls, litter, games, cushion and scratching post, so there will be no excuse for a squabble to take place.