The Boston Terrier is a small molosser particularly suitable as a companion dog as well as guard dog. This cute four-legged animal knows how to be very protective of his human friend and to see him happy and safe, he would risk his life! If you are at your first experience with a dog this is the breed for you.

Origins of the Boston Terrier

The Boston Terrier originated in the city of Boston in the early nineteenth century, the first specimens were selected as fighting dogs, the result of crosses between English Bulldogs, French and English Terriers. Only in 1893 was the Boston Terrier declared a true breed by the American Kennel Club. That of the Boston Terrier was a breed so much appreciated by the Americans, to the point of having been honored in 1979 of the official recognition of the state dog by the government of Massachusetts. It was so popular that it became the mascot of various colleges and their sports teams. 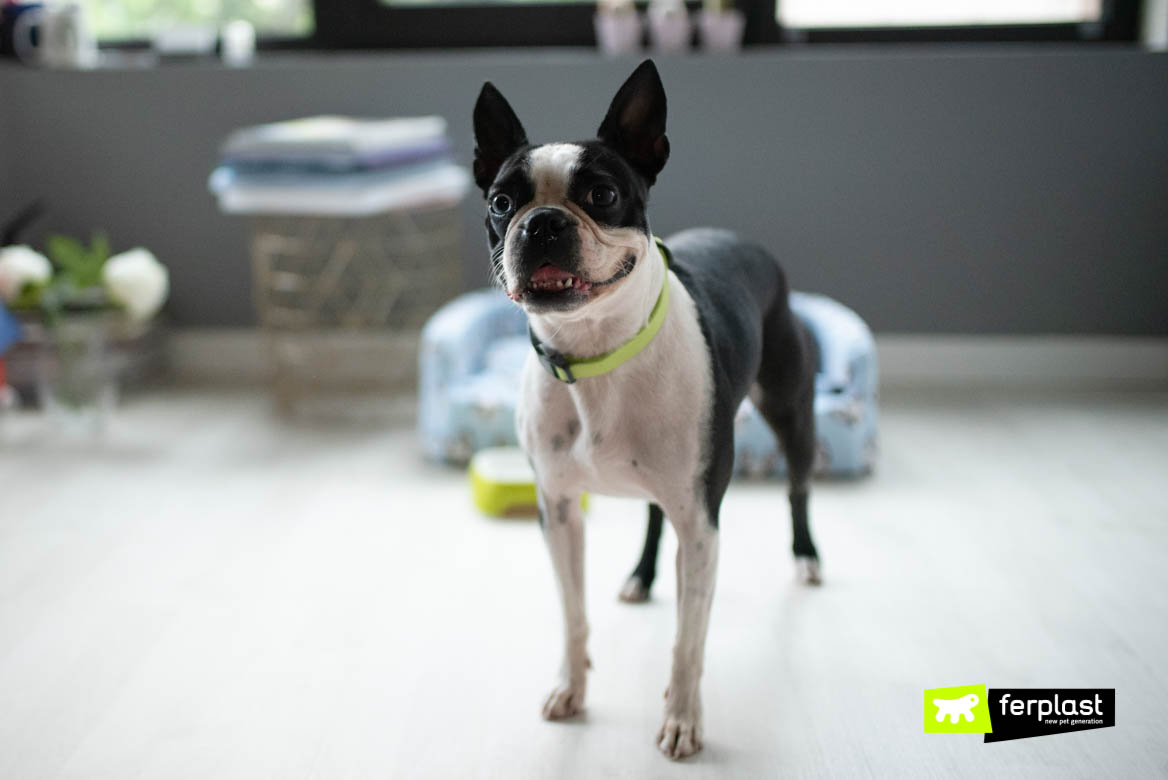 Physical features of the Boston Terrier

The Boston Terrier is a small-sized dog, but there are three types based on the weight: the light category, weighing less than 6.75 kg, the medium category ranging from 6.25 kg to 9 kg, and the heavy category, weighing more than 9 kg. Due to its peculiar body build, it is essential that it follows a very balanced diet, absolutely avoiding that it gains weight exceeding the kilos granted. 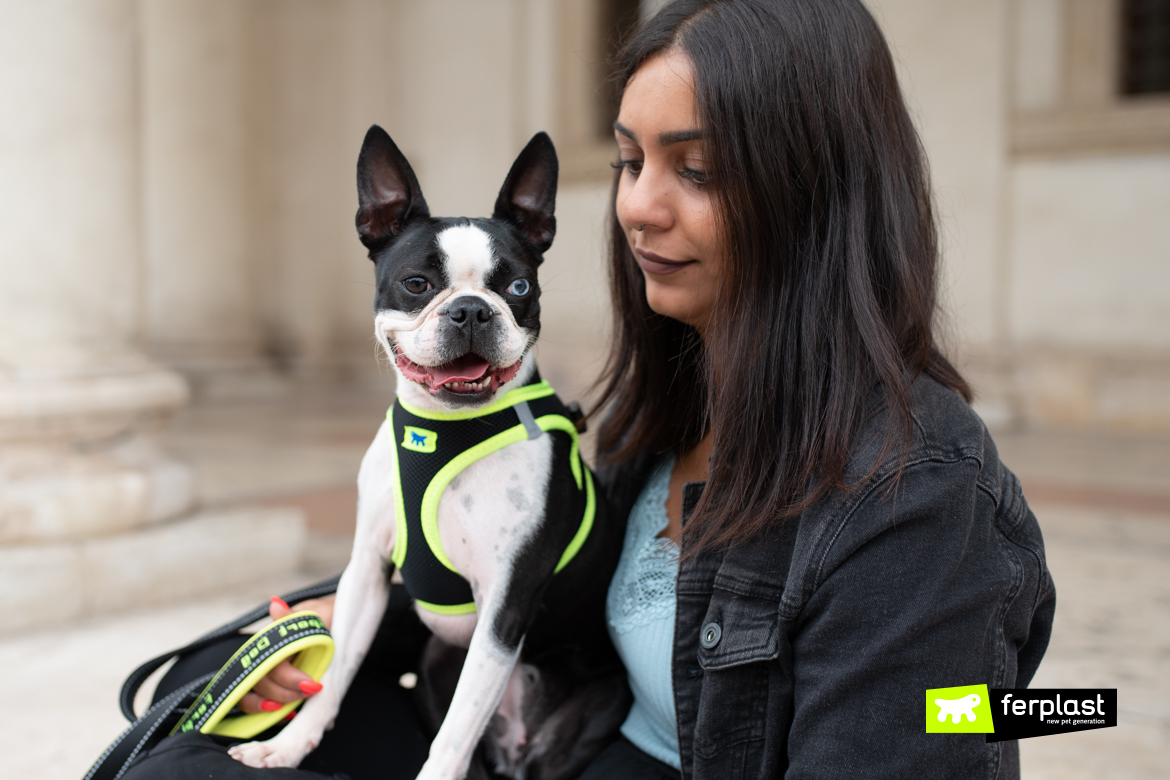 It is a square-shaped dog, with a very compact and muscular body. An unmistakable trait is its well-pronounced jaw, also squared. The muzzle is crushed and the eyes are large, dark and very expressive. The ears, on the other hand, are pointed, straight and small, the trunk is short and even the tail. The coat of the Boston Terrier is shiny, short, streaked, seal colored, black with white spots, but by the standards of the breed the white must not be too overwhelming. 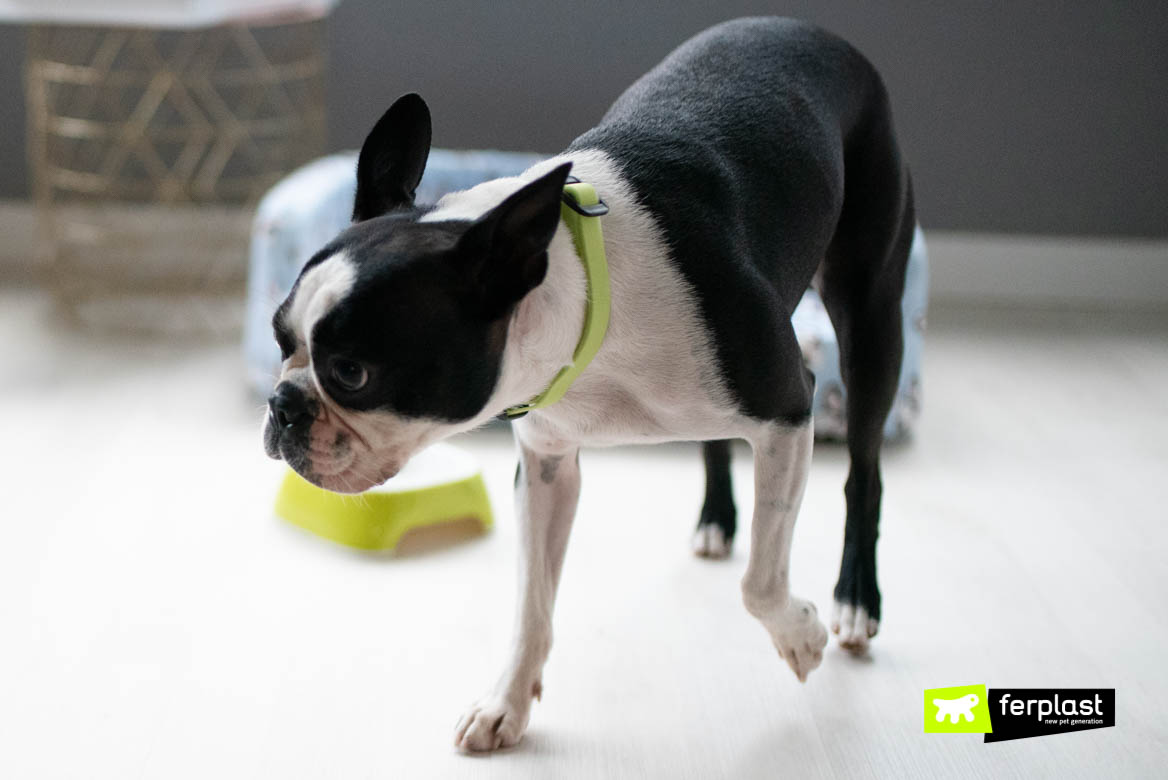 Despite its turbulent past, the Boston Terrier is a loving, companionable and super cuddly dog. He is a loyal and tireless dog, he loves taking long walks in the park and in the city, and he stands out because of his loose and graceful walk. He is a very clever, brave and attentive dog, which makes him the perfect playmate for children. 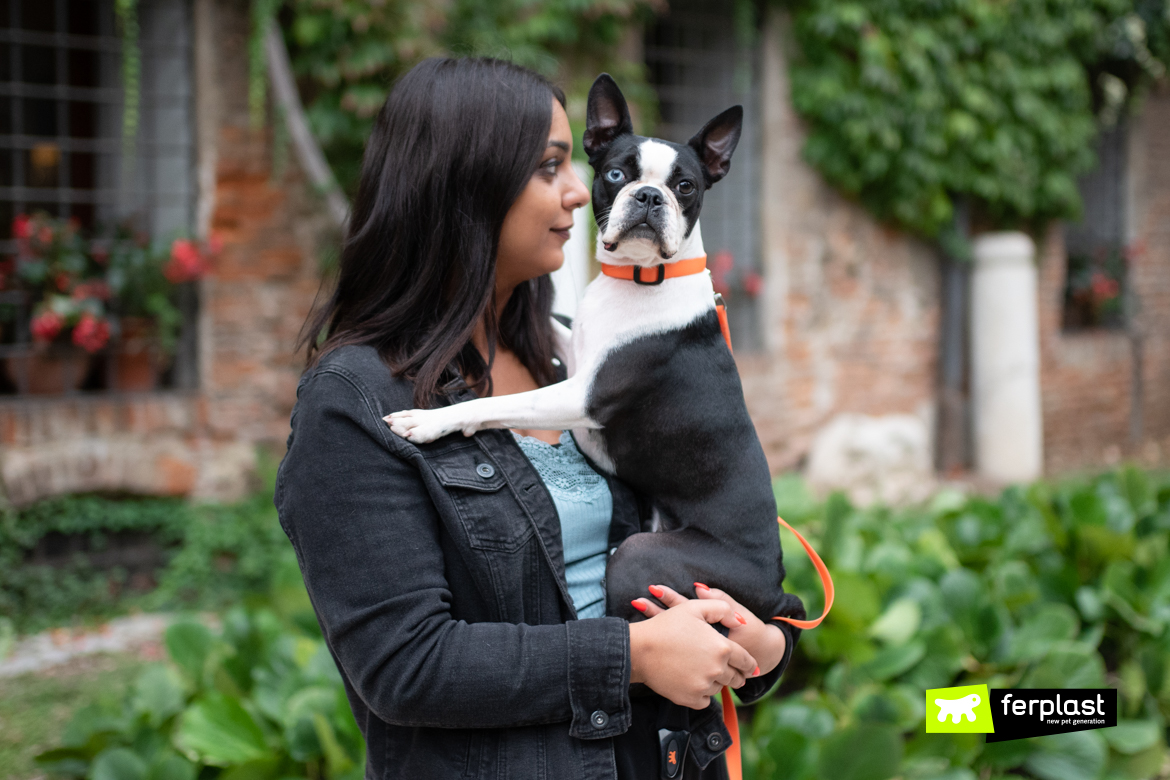 He manages to live quietly in small spaces, so that even in the apartment it adapts without problems. If you fear that it may disturb the neighbors, do not worry, it barks only if it is strictly necessary to defend his parent-owner or to warn of an emergency.

Our model Zoe loves very much to be with her young owner, but she also enjoys spending moments of tranquility and solitude in her bed. The Boston Terriers don’t always want to be the center of attention! 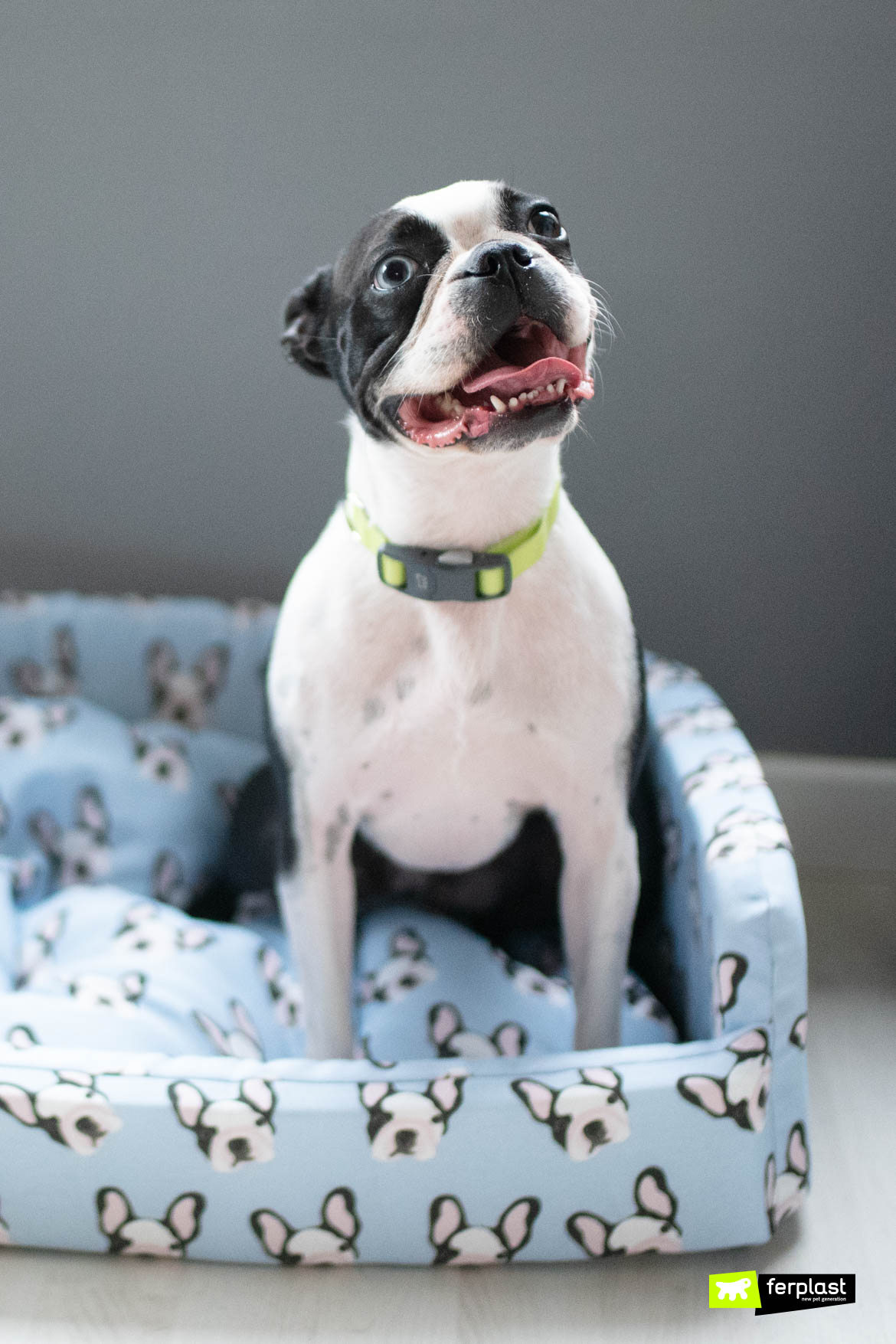