THE ENGLISH BULLDOG: A CHILD-LOVING DOG WITH A DOCILE NATURE

The English Bulldog is a molosser with a stocky appearance and patient character. He is not exactly a great sportsman and is happy even living in an apartment. Are you considering adopting one? We’re sure that after reading on, you’ll be rid of any doubts!

Origins of the English Bulldog

Amongst the English breeds, the bulldog is one of the oldest. The name – from the literal “bull dog” – hails from the fact that they were once used to fight bulls (the famed bull-baiting), a practice that is now fortunately illegal. Starting from the end of the 19th century, thanks to vigilant selection, these dogs no longer show any aggressive traits. Indeed, they have become the docile and sweet pets that we know today.

Physical characteristics of the English Bulldog

The English Bulldog is a small, stout, squat but broad dog, whose weight ranges from 22 to 23 kg for females and 24 to 25 kg for males. The head is rather broad in proportion to its size, whilst its snout is marked by a characteristic wrinkle that runs across its forehead and by the wide, black and voluminous jowls. The jaw, rather, is strong and square, with the teeth not visible when the mouth is closed. 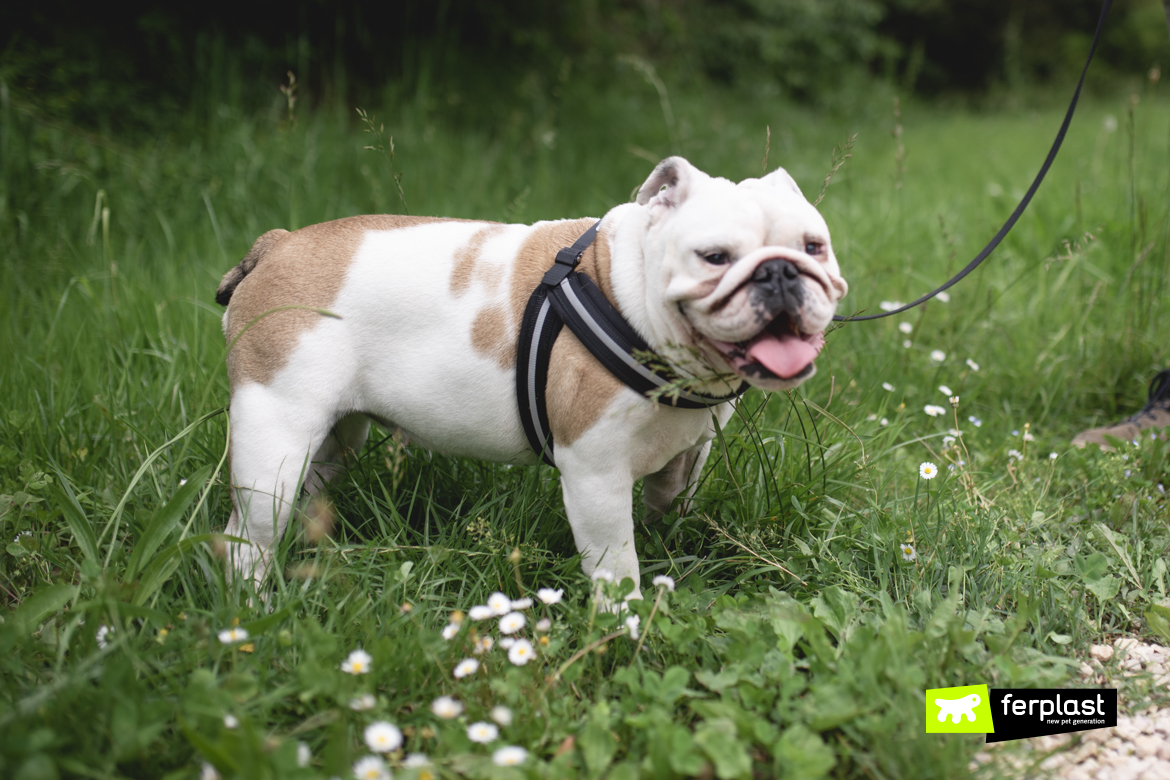 Bulldogs are muscular animals, having very distinct limbs, with the front legs usually being shorter than the rear ones. The tail is short and sags slightly at the tip. The English Bulldog’s coat is short, smooth yet dense and can be of various colours: white, piebald, brindle, fawn, brown and reddish. Bulldogs need to be brushed and washed often as dirt tends to settle in between the wrinkles. 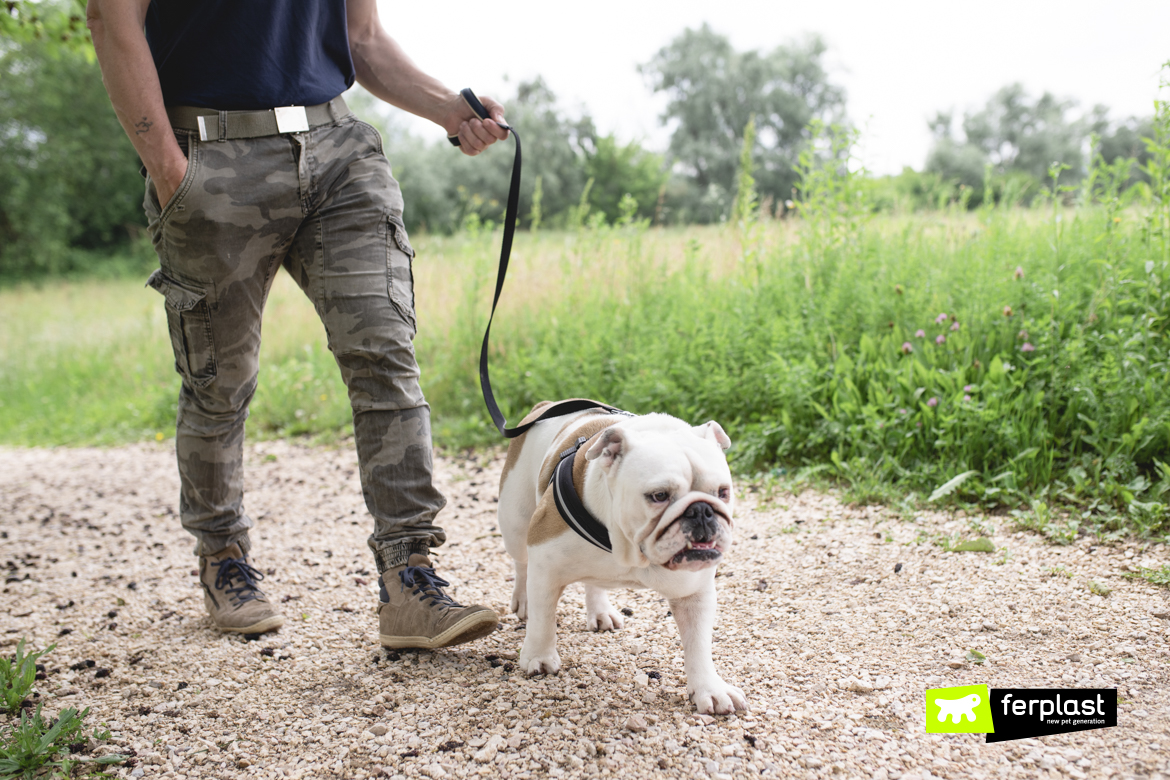 Despite its turbulent past, the English Bulldog has turned out to be a furry, docile and respectful breed, features that render it an ideal companion for the family. He seldom barks, loves to spend time with children for whom he develops a marked sense of protection. Whilst his appearance may be intimidating, he is more likely to play than to bite! He is a lazy canine and much prefers the “indoor” life to the outdoors. 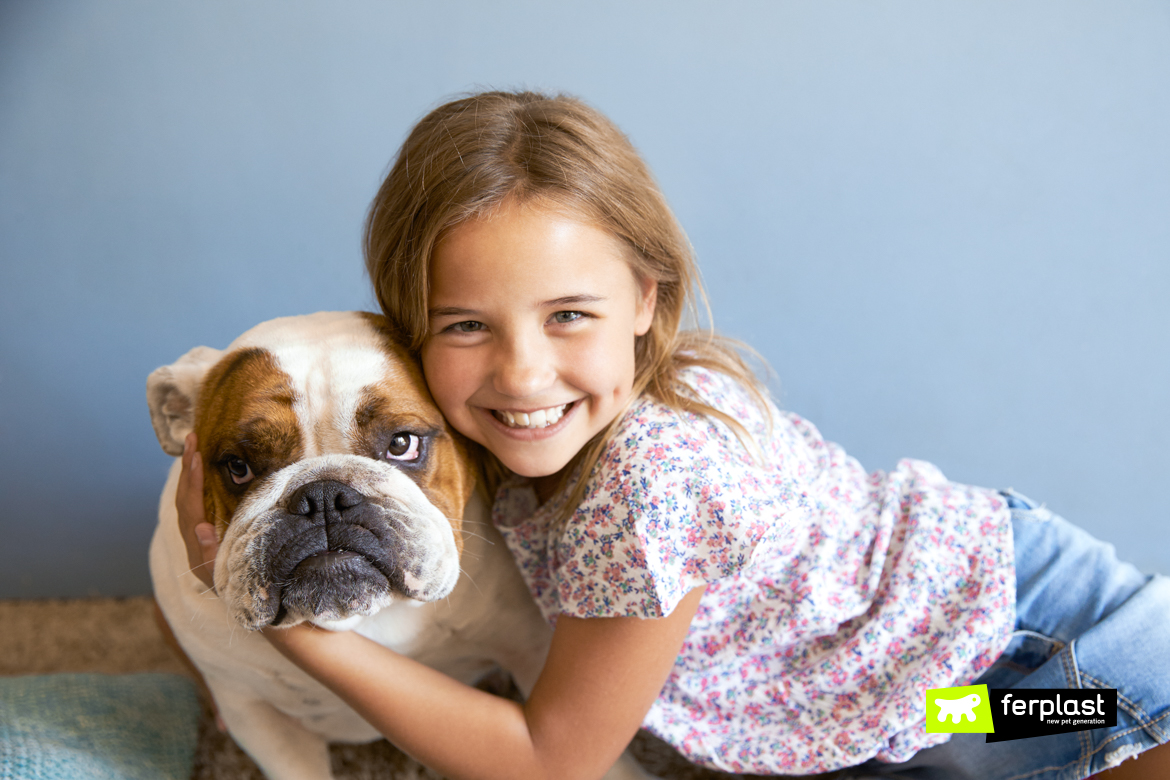 From a health perspective, he is a rather delicate pooch. Bull dogs often have breathing problems, they tend to suffer from the heat and cannot handle too much physical exertion. This does not mean that he must always be kept indoors (even though he loves to hang out at home) but it is good idea to take him out for a walk, preferably during the cooler hours of the day, such as in the early morning or evening. Our model Camilla, for example, loves going to the park in the late afternoon, wearing Ferplast’s reflective Agila Reflex harness so she is always visible, even as daylight fades! 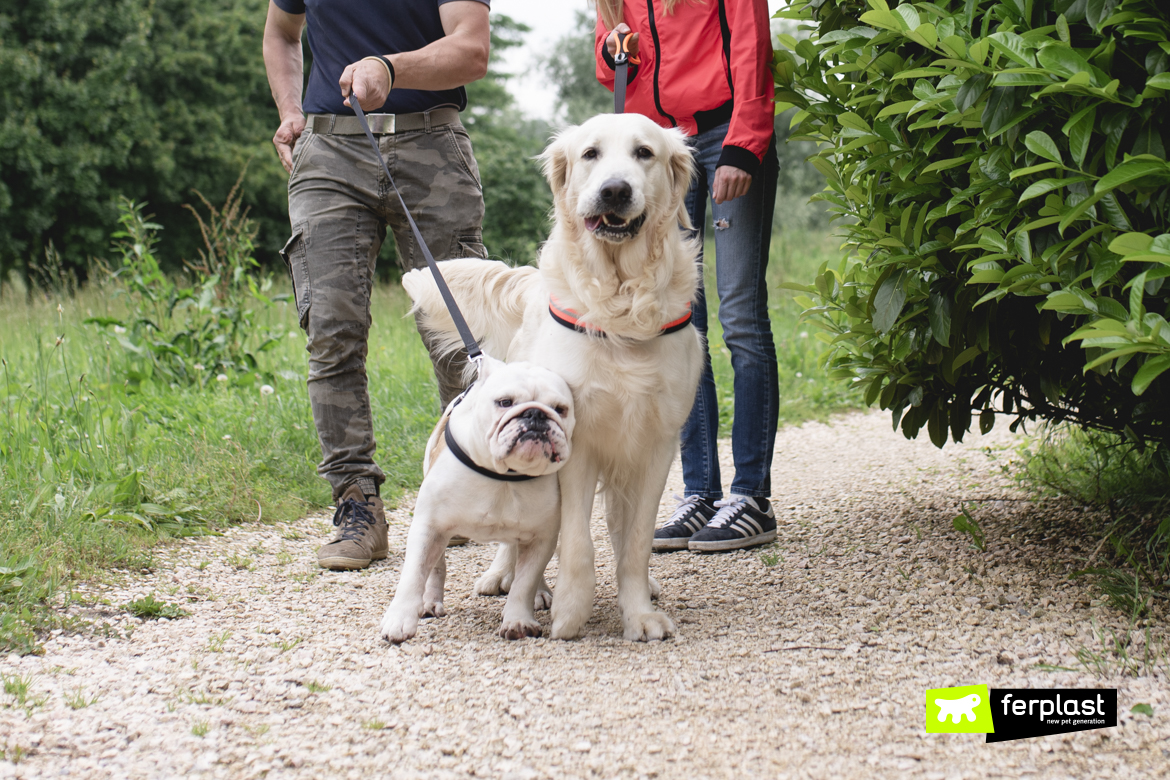 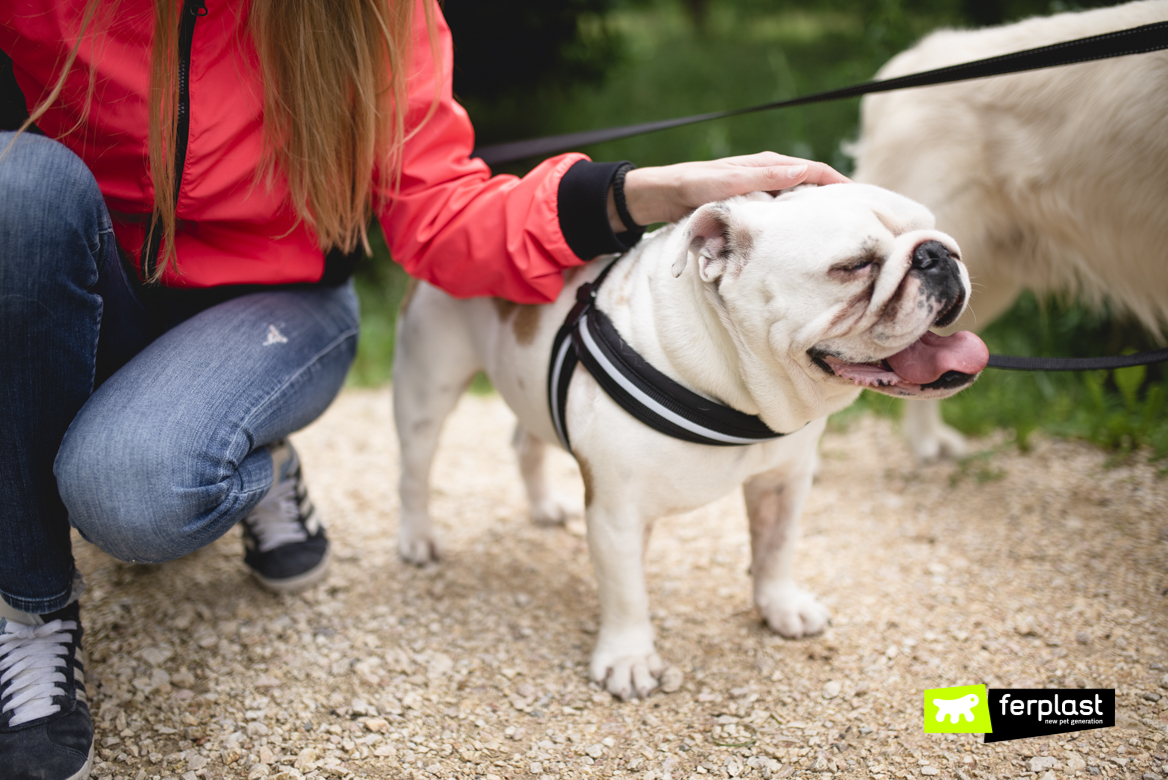