GEORGETTE and WITH ME SMALL

How does a designer carry her dog around? In a nice comfy bag which also looks cool, naturally. We went to visit Georgette Polizzi, a young designer whose GRIME OUT line of clothing is having great success throughout Italy. We only stole a few minutes of her time seeing as she’s always super busy, but we had spotted her on the web chatting about her frantic lifestyle in which she’s always accompanied by her four-legged friend Spritz, which she likes to call the Intruder as she regularly finds him photobombing pictures or hidden in the most unlikely places. Spritz is a 9-year-old chihuahua, absolutely tiny, a mere crumb, but hugely fond of his owner who takes him everywhere.

Georgette, are you very fond of Spritz?

I would certainly say so: I take him everywhere! He was a present from a former boyfriend several years ago, but as you all know, love comes and goes, but animals stay. I must say I don’t know what I’d do without him.

What sort of relationship do you and the “intruder” have?

We hardly ever are apart. My days are frantic because of my work, so I always take him with me. After all, he weighs practically the same as a diary.

How do you carry him around?

To be honest I have often simply put him in my designer bags, because it’s such an easy thing to do, but I realise that they are not the best place for him. I recently discovered the With Me Bags by Ferplast, and I love them.

For a fashionable girl like you, even your dog bag is important.

Of course it is! At the end of the day, it’s an element of my style as Spritz is always with me. I like the With Me bag as it’s available in several colours; I chose this one for spring. It’s rigid without being too much so, so it’s comfortable on my arm. It even has a hook to link the harness to keep the dog still.

Are you planning to modify it in any way?

One never knows! I like personalising my belongings, a bit like in my clothing line. For me it all stems from creativity: if I think of something, I do it. If one morning I wake up and decide to colour my With Me bag, you have been warned! I may transform it into the first With Me – Grime Out. 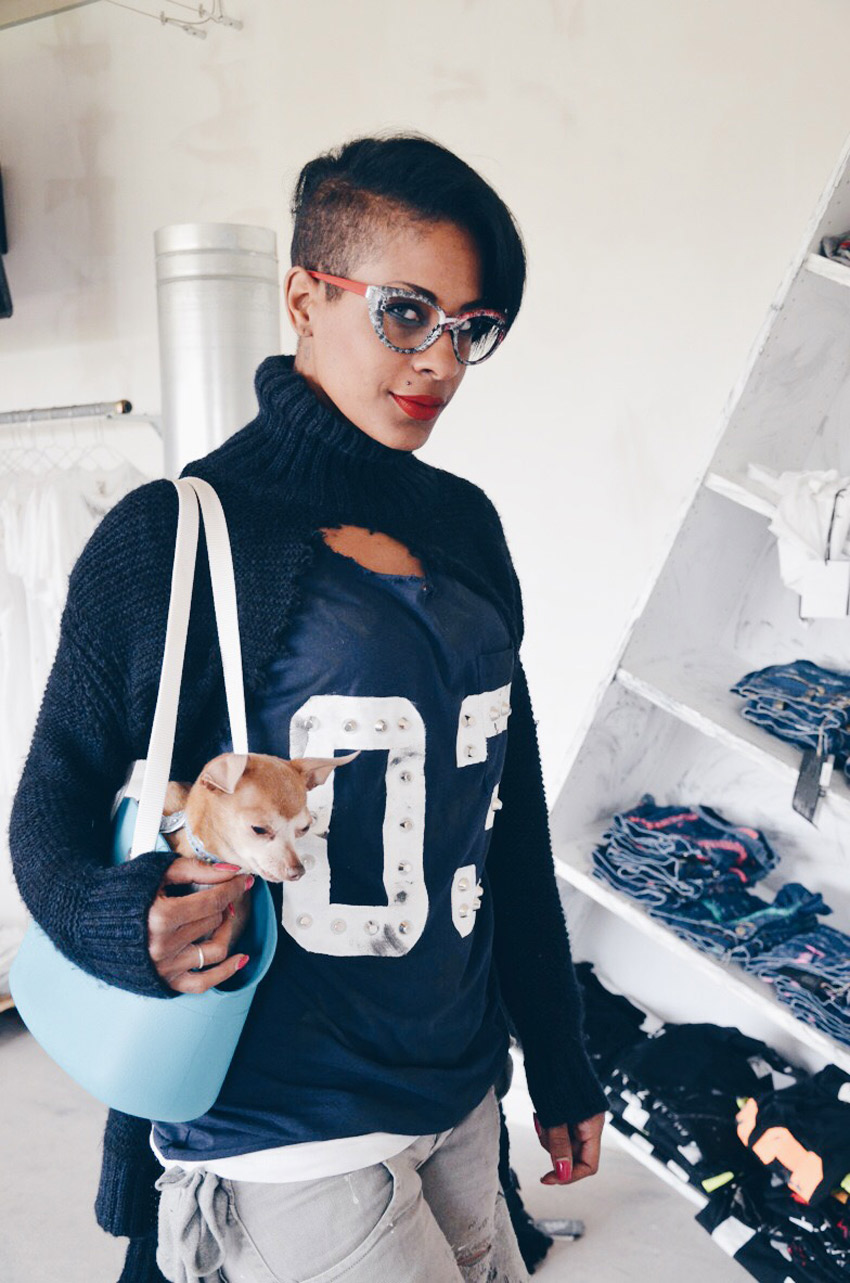 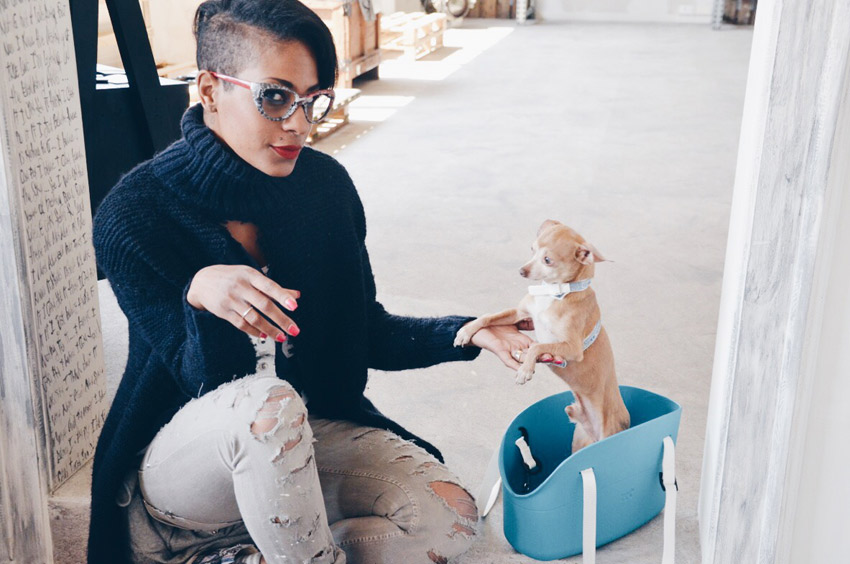 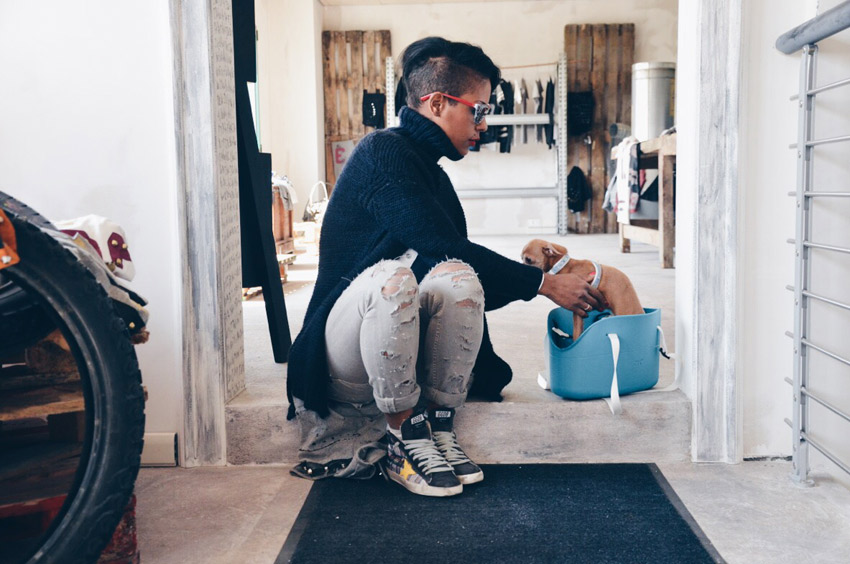 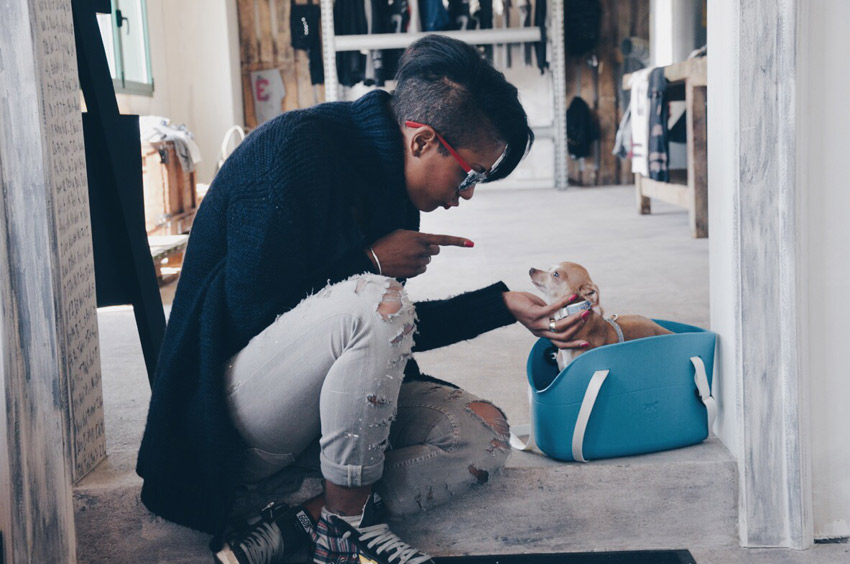 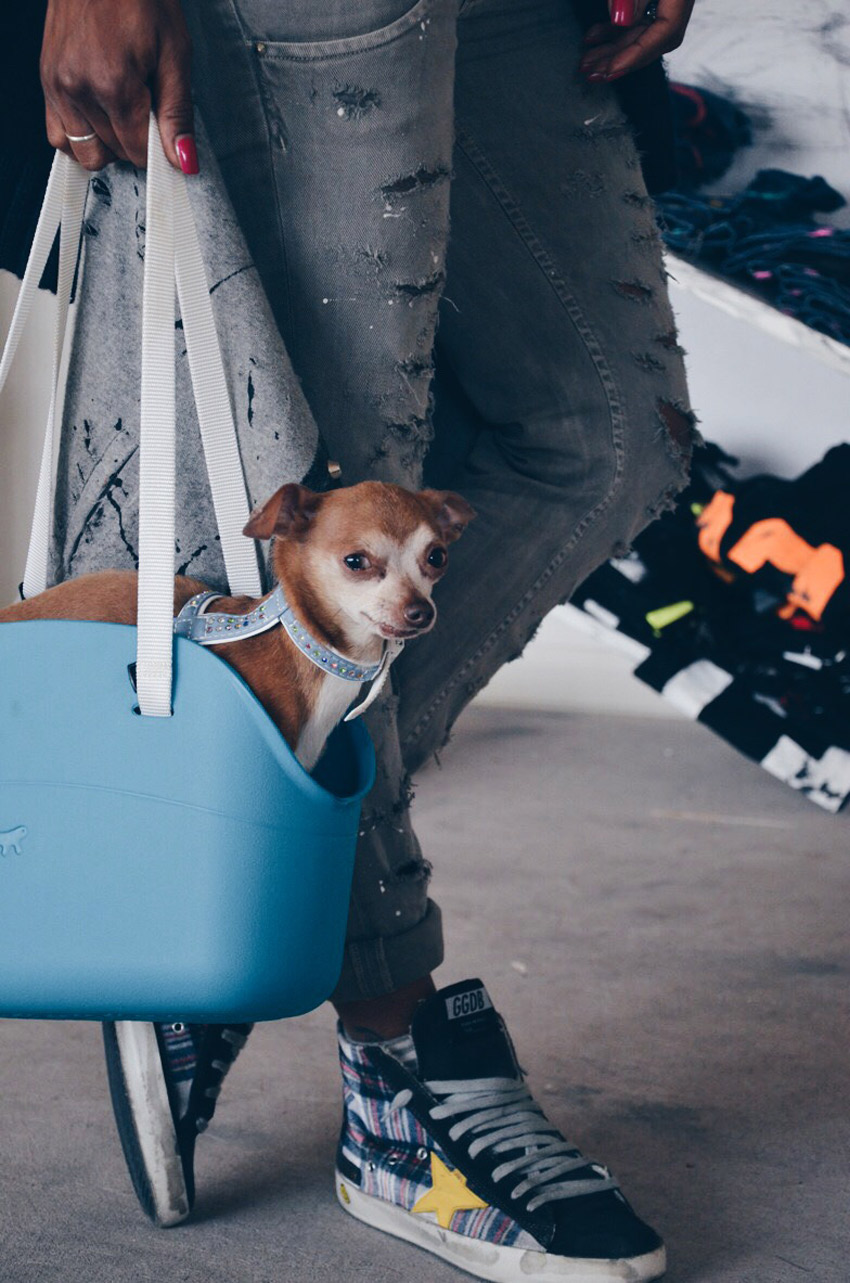 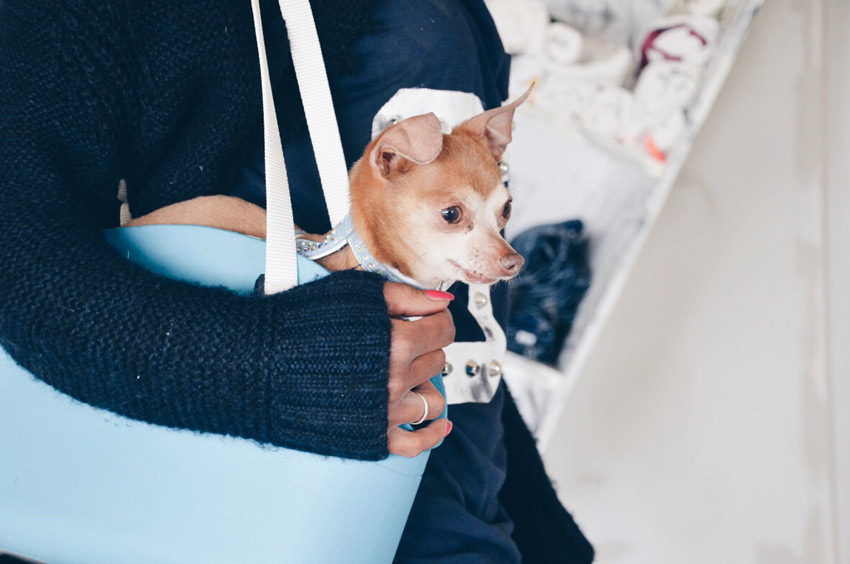 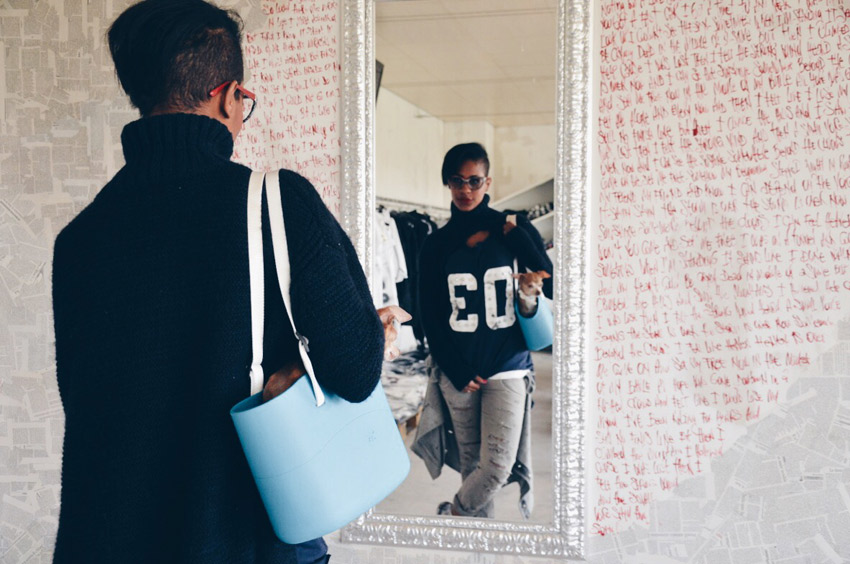 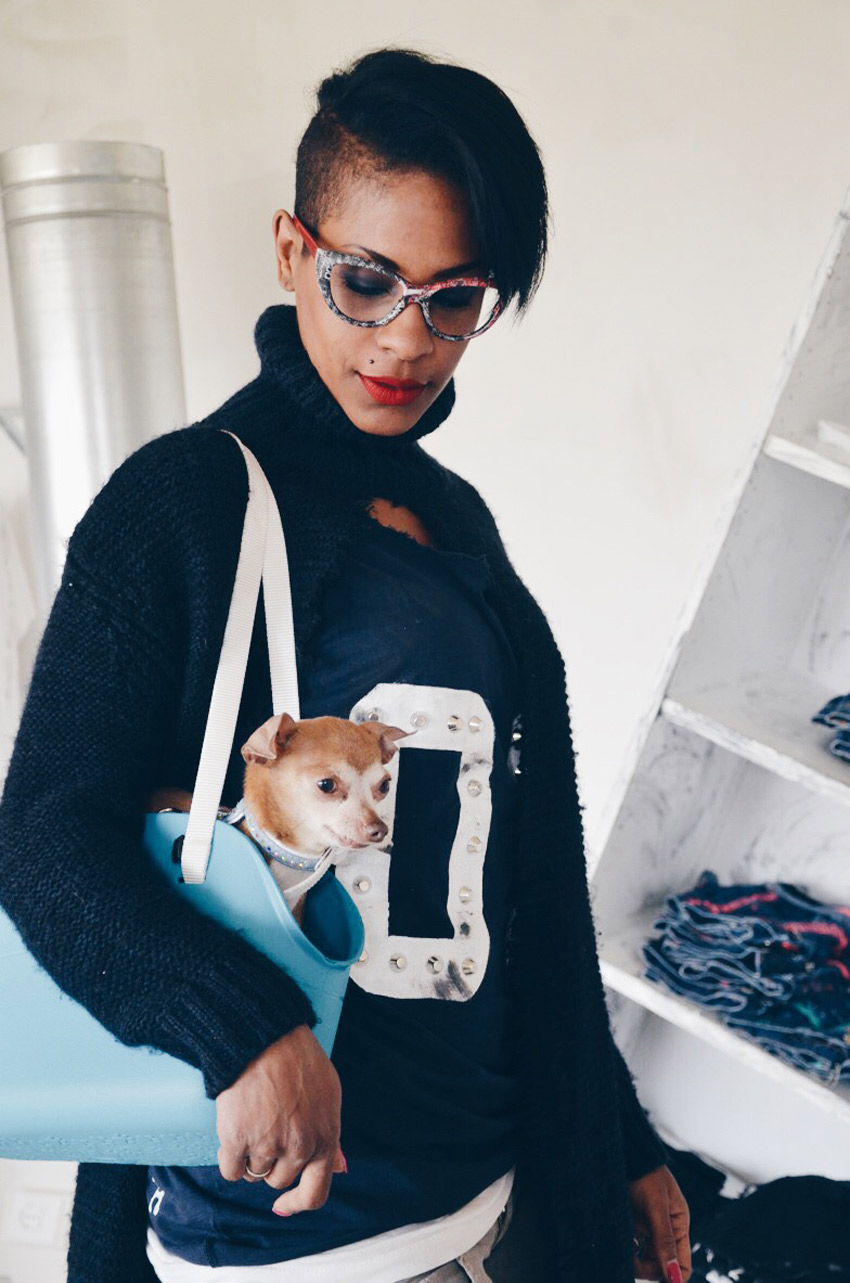