WHAT TO DO IF A DOG IS SAD? GAMES TO MAKE REX HAPPY

Have you ever thought your dog was sad? Recognizing the emotions of dogs is not that difficult, just look at their body language. Today we explain how to spot and remedy a sad dog!

The emotions of dogs: sadness

According to US neuroscientist Gregory Berns, dogs have emotions and feelings just like us. With the difference that human beings live deeper and more complex physical and psychological experiences. Four legs, on the other hand, react to direct experiences and to what happens around them.

So, for example, Rex is sad because he has experienced a negative episode as a change. Changes related to the place in which he lives (e.g. moving to a new house), a change in his habits (e.g. lack of walks), loss (e.g. death of his owner), illnesses or loneliness.

A sad dog: what are the symptoms

Our 4-legged friends cannot explain in words how they feel however there are some behaviors that allow us to understand when they are in a bad mood.

Symptoms that indicate that a dog is sad: 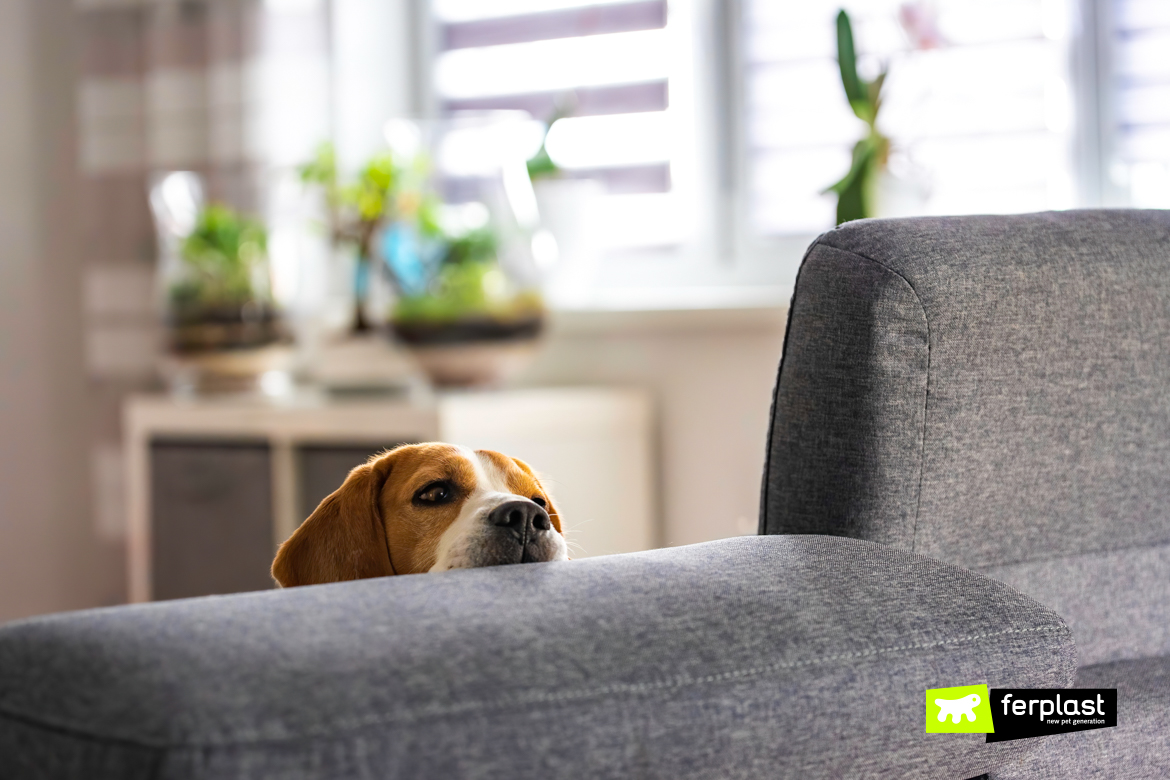 Fortunately, dogs don’t stay sad for long! When your pet is experiencing melancholy, run to him to reassure him and help him improve his mood. Involve him in activities and games that make him more cheerful.

One of the most effective games to lift the mood of dogs is Puller, a light and odorless purple ring that is purchased in a set of two, to be thrown to the dog as a retriever and to make him have fun like never before. It is a tool with multiple functions. Dogs can do many exercises with Puller (running and retrieving, jumping, shooting) useful to improve dog’s attention, endurance and agility, guaranteeing him a state of happiness and serenity. 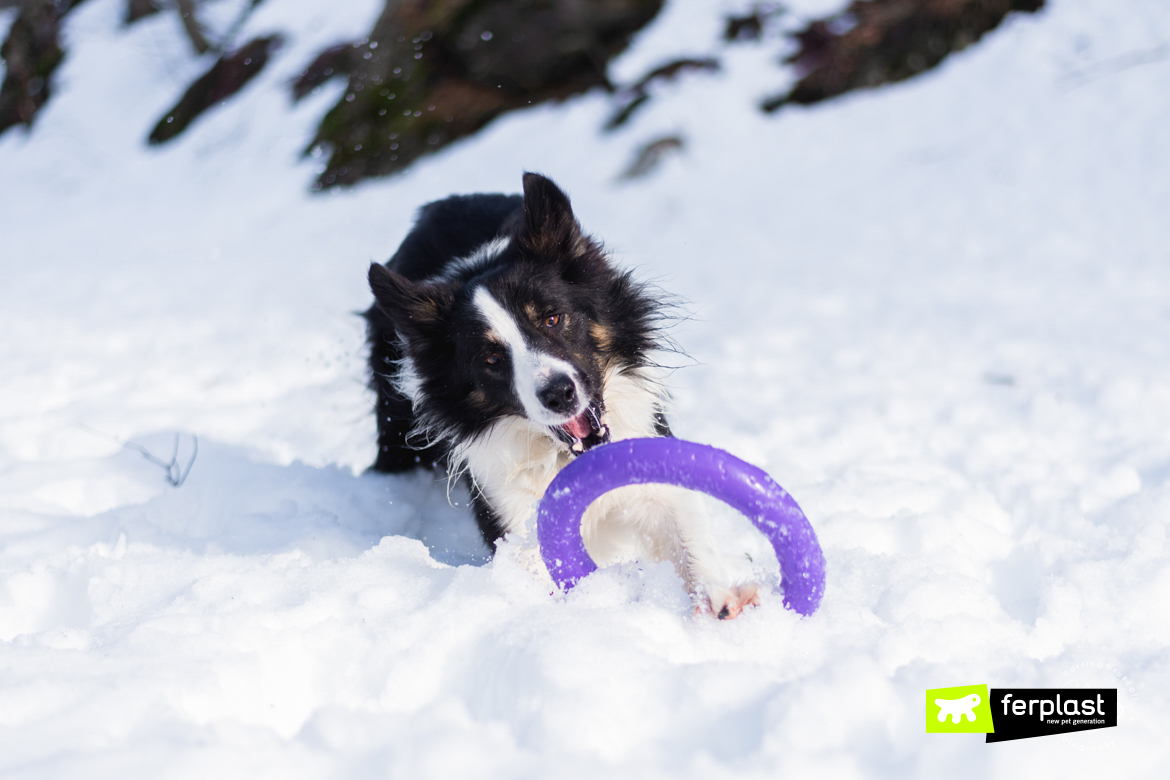 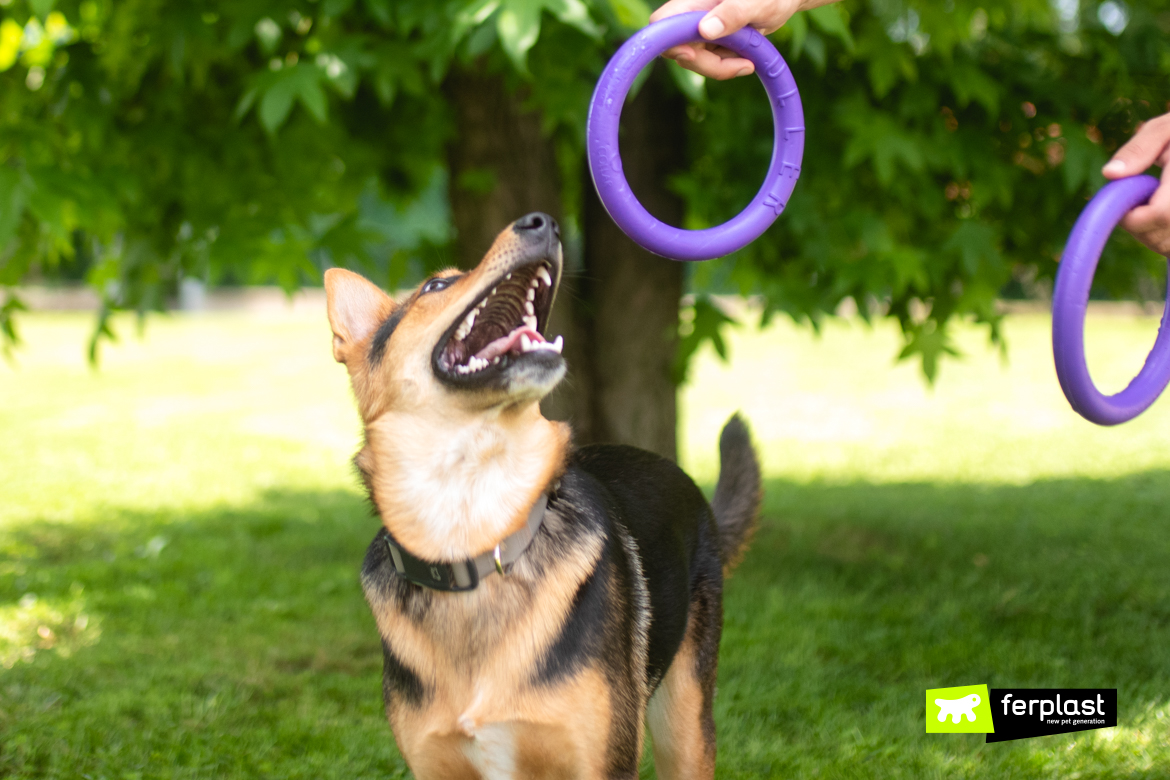 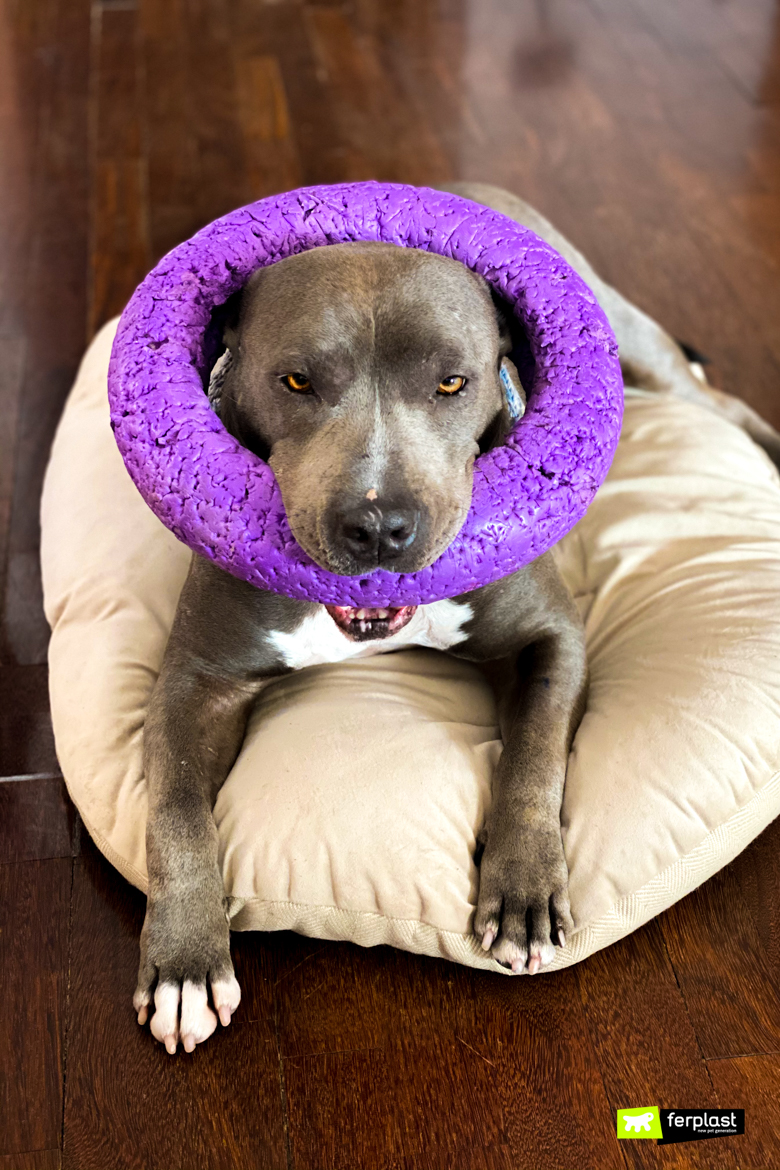 To make Rex overcome his sadness, give him chew toys like Goodbite Natural by Ferplast or other dental rope toys.

Chewing engages the dog both physically and mentally and involves the release of endorphins, which lead the animal to a state of satisfaction and serenity. Intense chewing activity also increases serotonin levels. The good mood hormone acts at the level of the central nervous system and is essential for regulating the mood of the hairy. 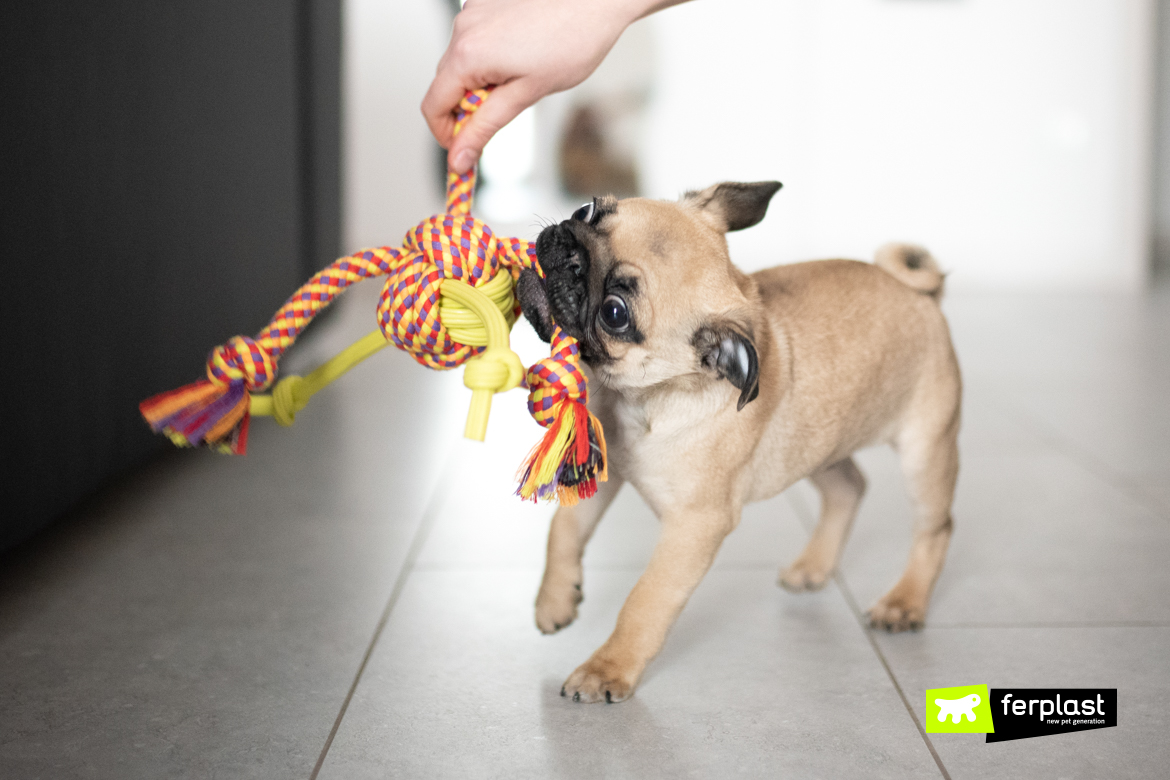 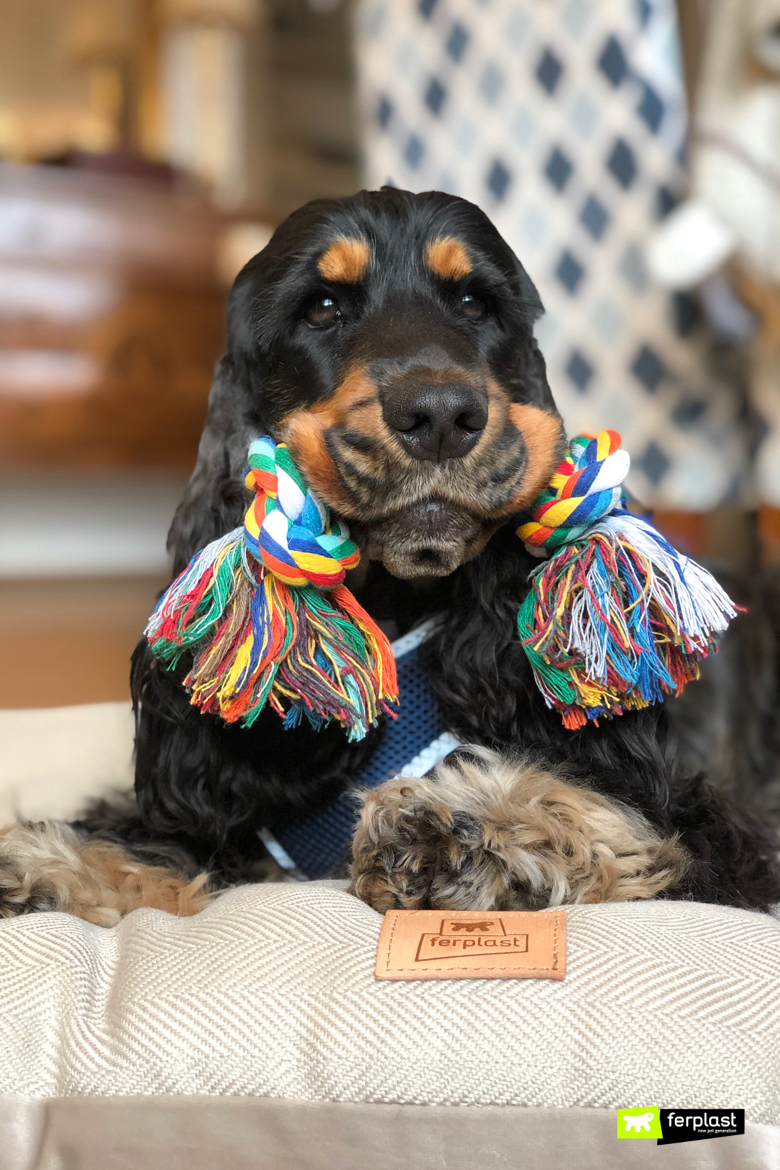 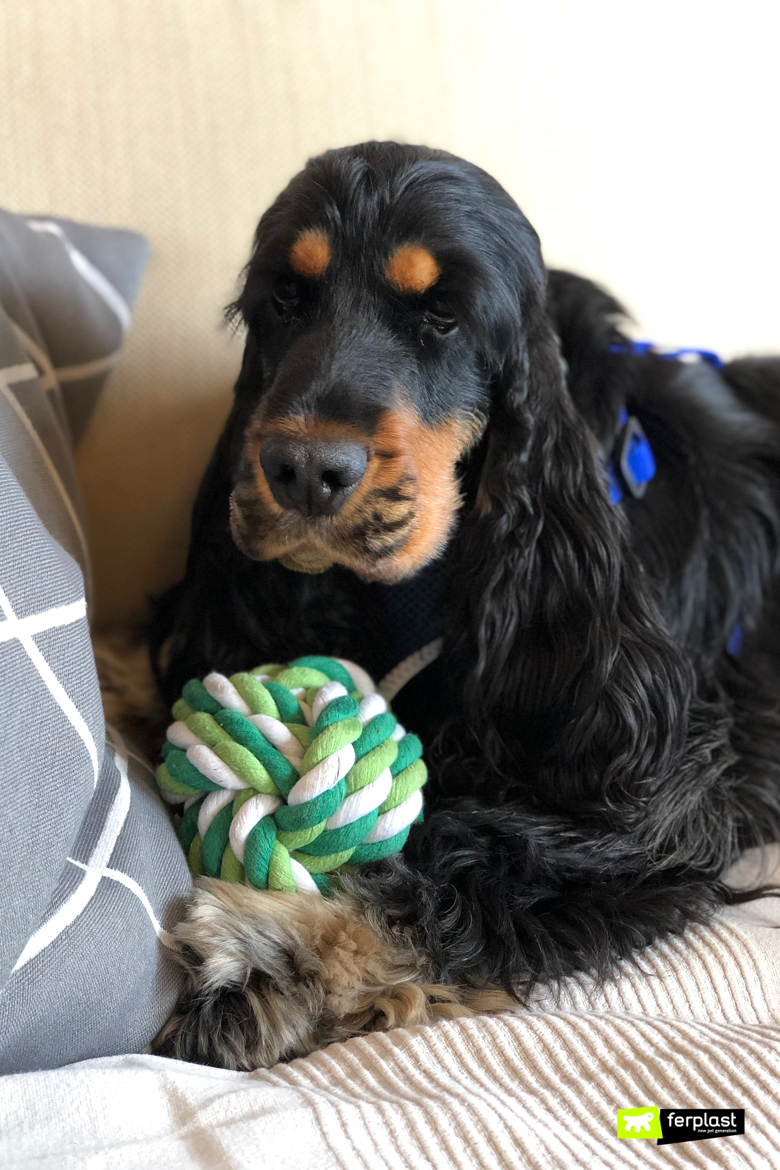 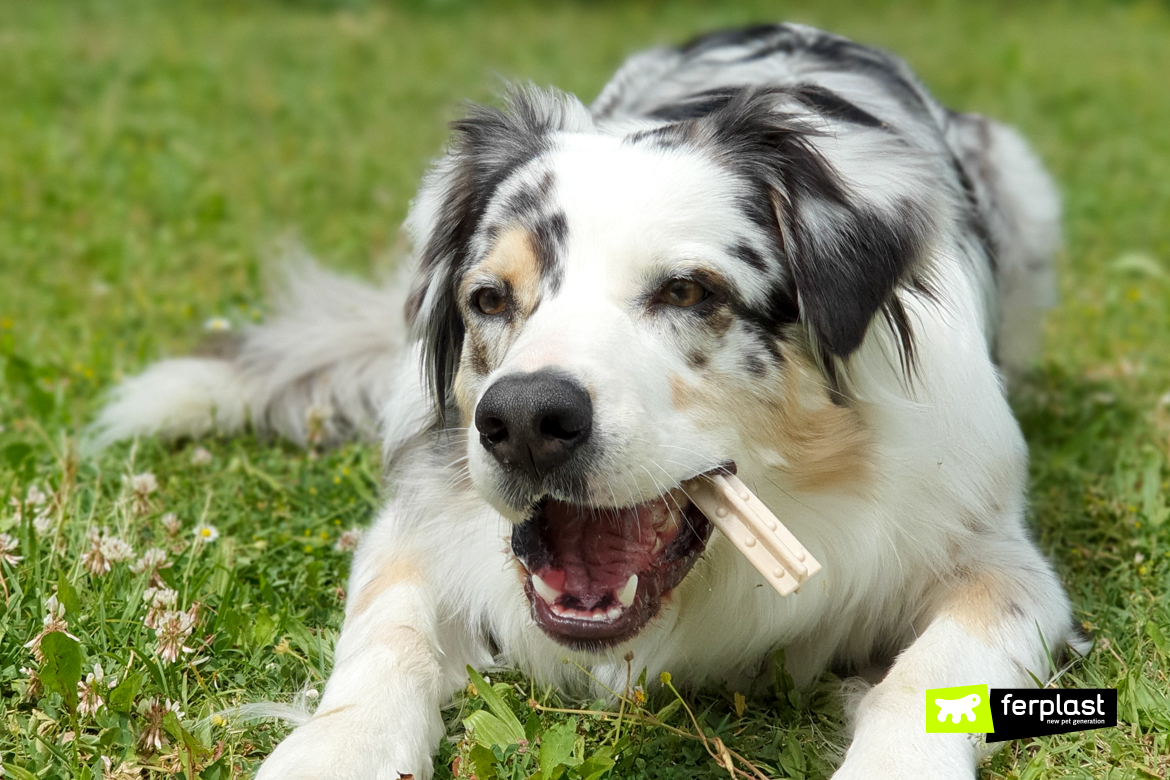 Stimulate the dog with clever games. Encouraging you dog to do something and solve a problem will have benefits on his mood. Trea, Poker and Duo are games of skill from the Clever & Happy line by Ferplast contain hiding places for croquettes that will set the animal’s intelligence in motion. Not only will they allow the dog to develop cognitive skills, but they will also be useful objects for him to have fun with. 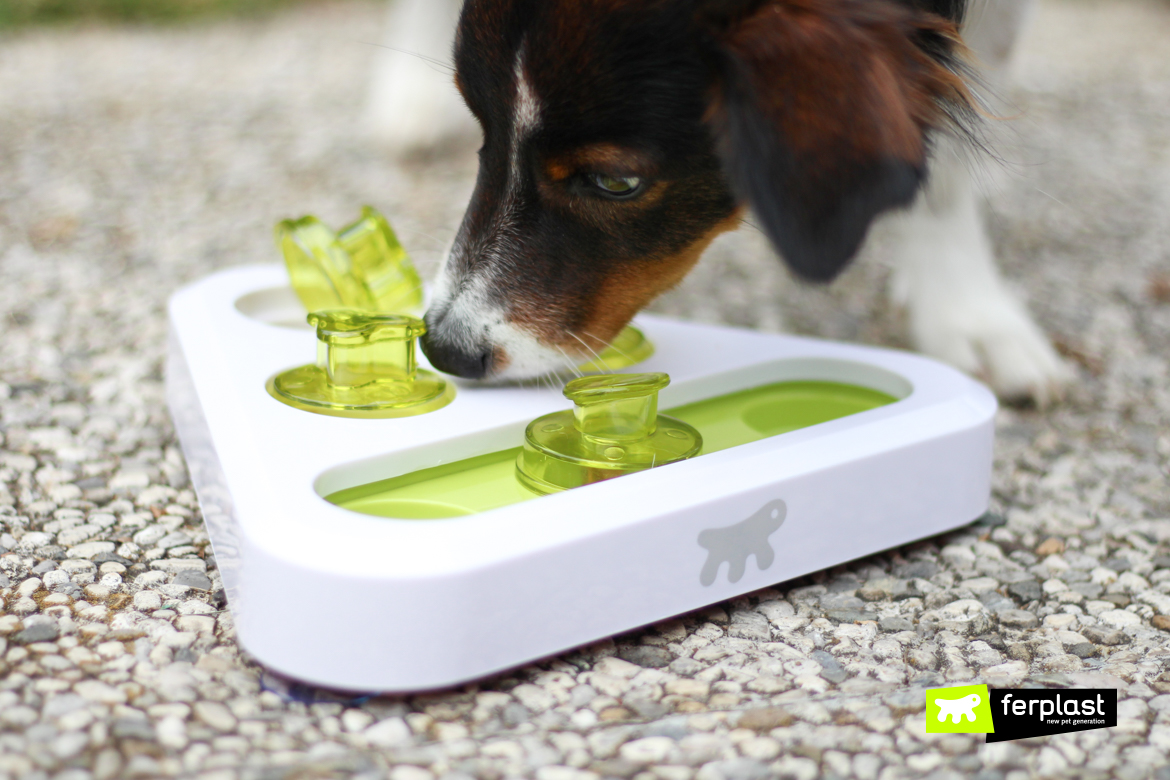 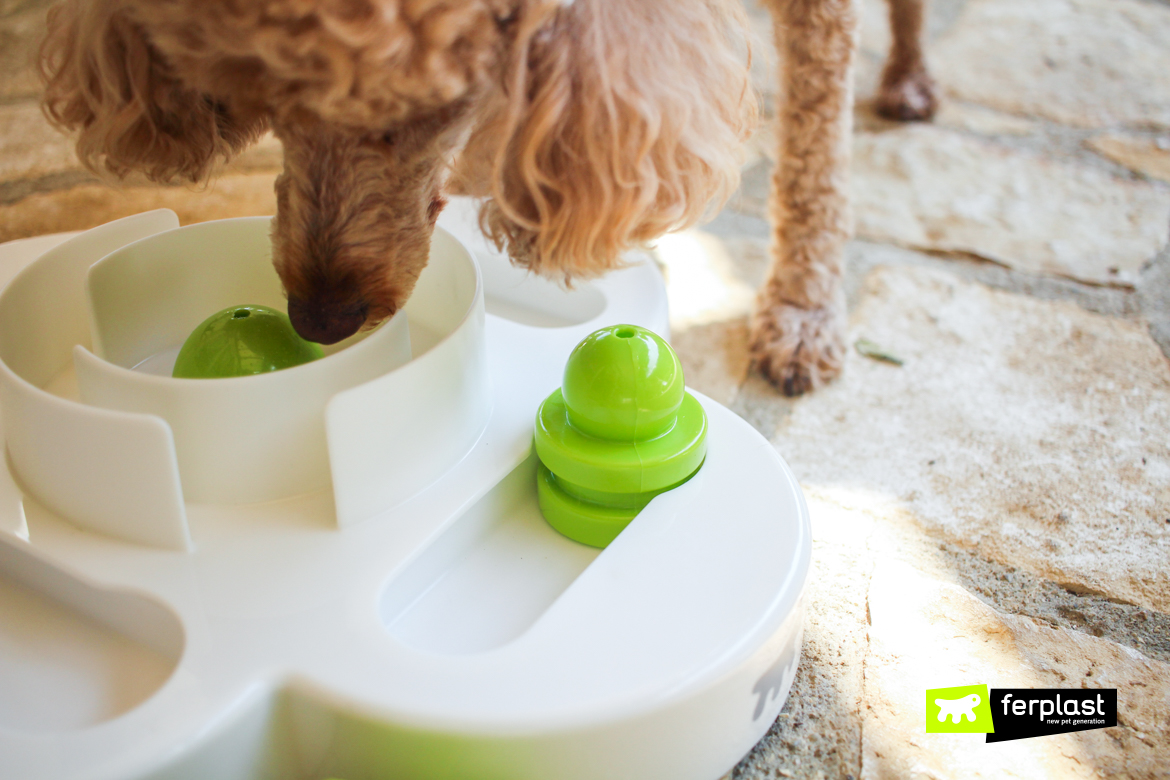 When your dog is sad, spend some quality time together and his mood will change quickly!