Regardless of the season, the dog always has an irrepressible desire to play. The owners, on the other hand, in winter are often frightened by the harsh outside temperatures, thus limiting themselves to short daily walks.

To reconcile Fido’s wishes and the laziness of pet parents, there are games to play at home with the dog away from the cold.

The importance of playing with the dog

Play is an important part of a dog’s routine, both as a puppy and as an adult. Playing, in fact, is a way to strengthen the relationship with other dogs and also with the owner. Through the game, a relationship of mutual trust is created between animal and owner. At the same time, by playing the dog learns to relate to the outside world, exploring his limits and his skills. 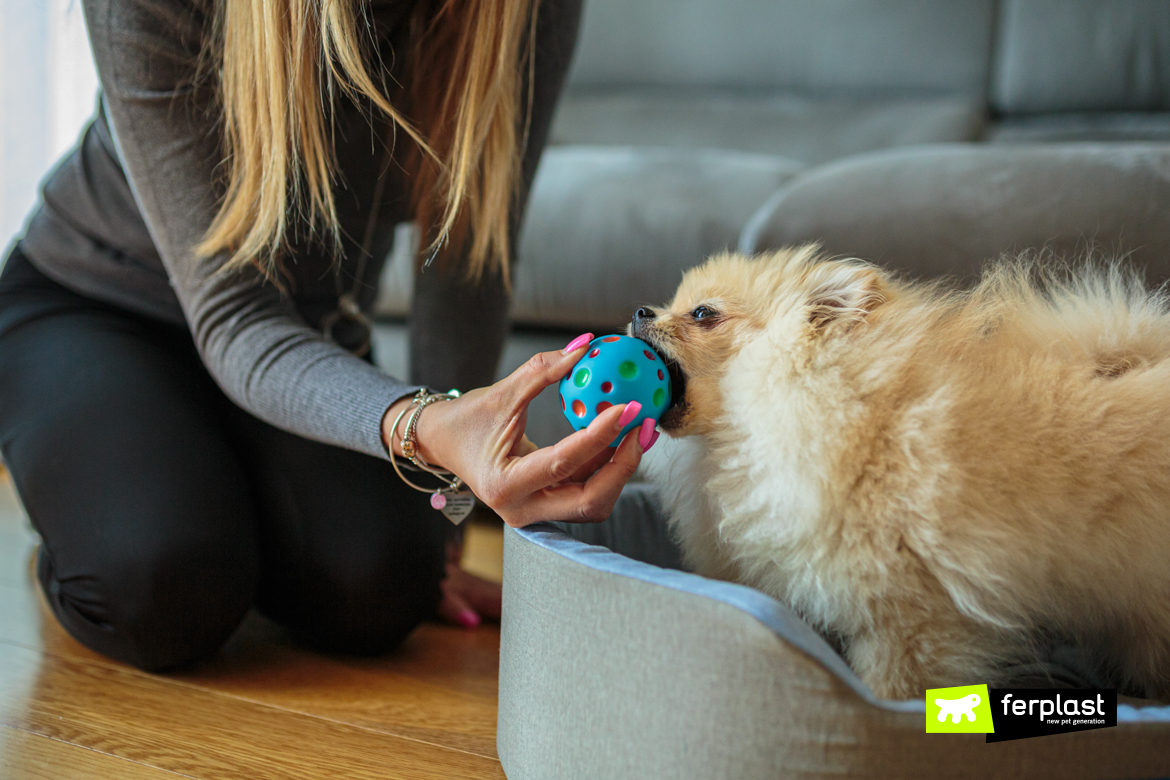 Playing with the dog at home

During the winter season, bad weather and low temperatures discourage the urge to go out and play. Even indoors, however, it is possible to organize some games with Fido.

The most popular among the games to play at home with the dog are those of olfactory research. The nose of dogs, in fact, weakens as the time goes by, so it is good to always keep it trained. To play, just let him smell something he doesn’t know, hide the object and make him look for it. The same principle can be implemented by hiding his favorite kibble. When the dog finds them, they will be his reward.

Dental play and push and pull

Dental games are very handy to use even indoors. The new “Smile” toy by Ferplast, for example, thanks to the appetizing aroma of meat and the possibility of being filled with treats, is irresistible for the dog. These features make Fido spend more time playing with it. This and other games, such as the woven cotton rope, are great for practicing push and pull, which allows him to always remain alert and train his reflexes. 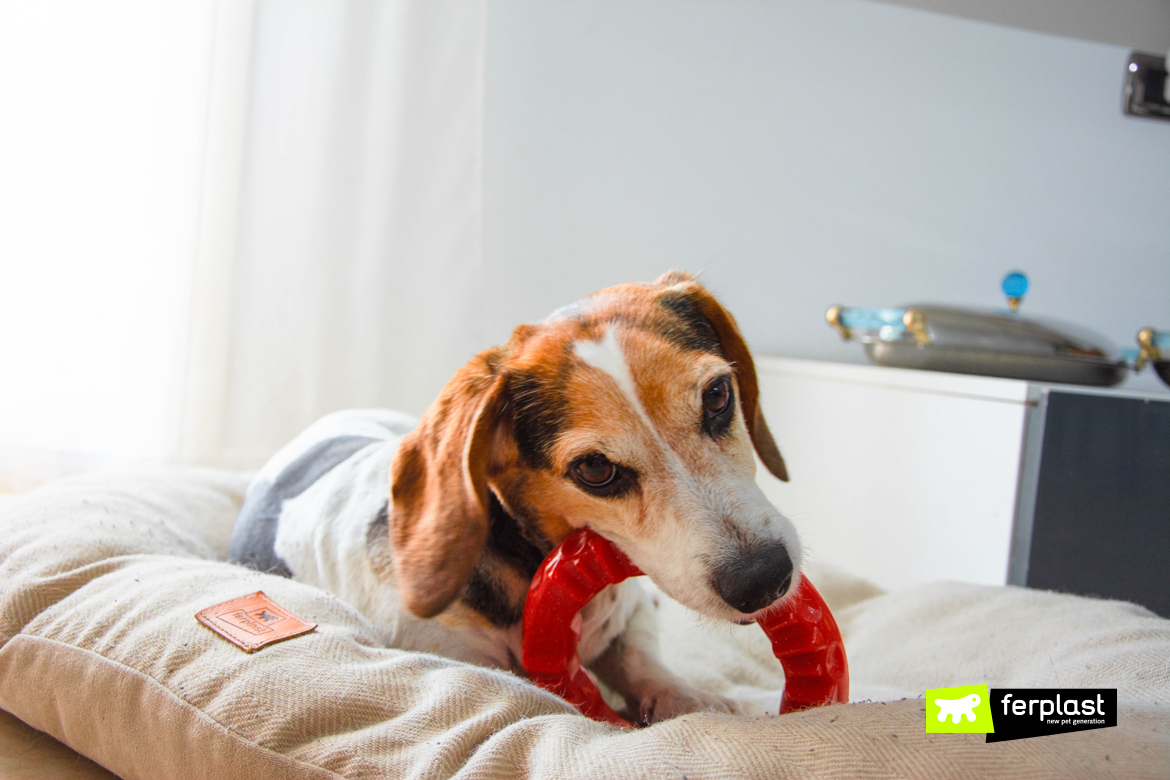 Playing hide and seek with the dog

Hide and seek is among the funniest games to play at home with your dog. To play with it, just throw an object and send Fido to retrieve it. Hide and wait for the dog to find you after looking around the house. Once he has found you, let’s reward him with a snack. 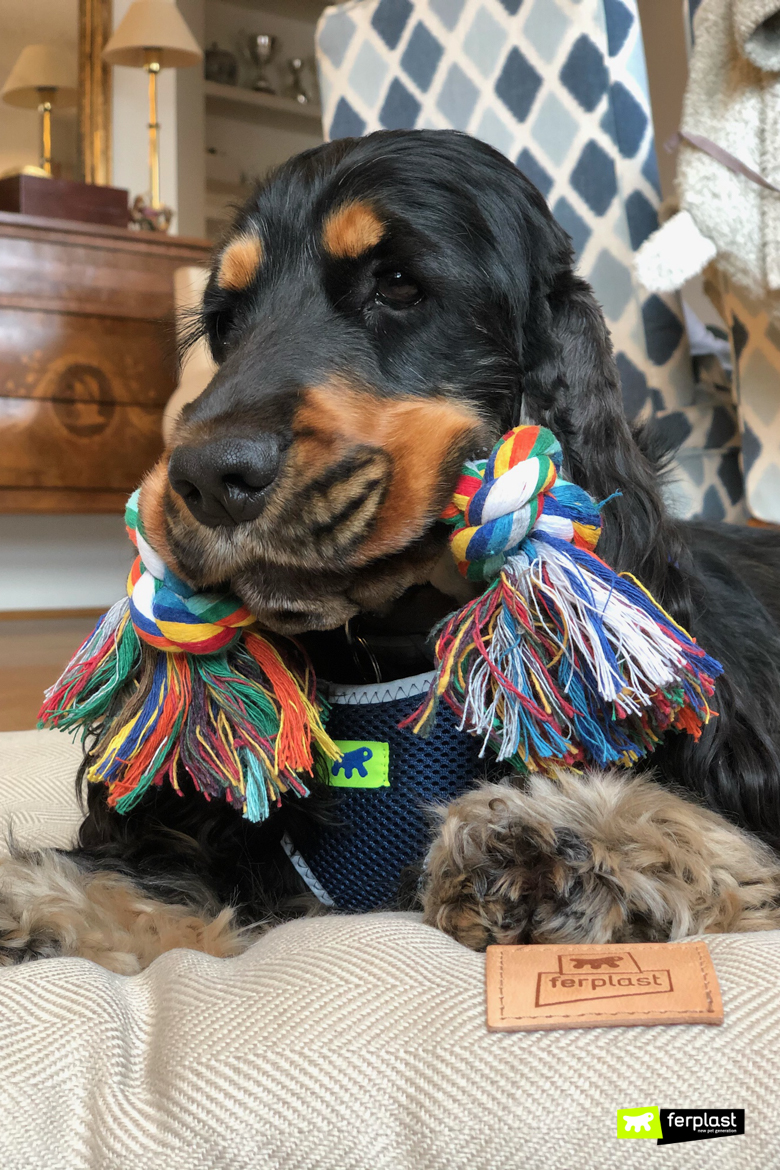 Even in winter, therefore, it is possible to have fun with our four-legged friend while remaining indoors. The games to play at home with the dog in winter are always very useful to stimulate the senses, curiosity and essentially to make them happy.