EVERYTHING YOU NEVER KNEW ABOUT CATS’ EYES

How many times have you happened to go outside at night only to see two glowing dots in the dark? Despite knowing that it was just our kitty out hunting some prey, admittedly it is always somewhat disturbing. What is it that makes cats’ eyes so special and mysterious?

Formidable instruments of vision by day and -above all- by night, cats’ eyes are a true masterpiece of nature. Their main function of allowing cats to capture small prey day and night is what renders them so special. This is, first and foremost, thanks to the pupil, which is able to open fully or close to a mere slit based on the amount of light present. Practically, the eye of the cat is able to perfectly adapt to the environmental light conditions. 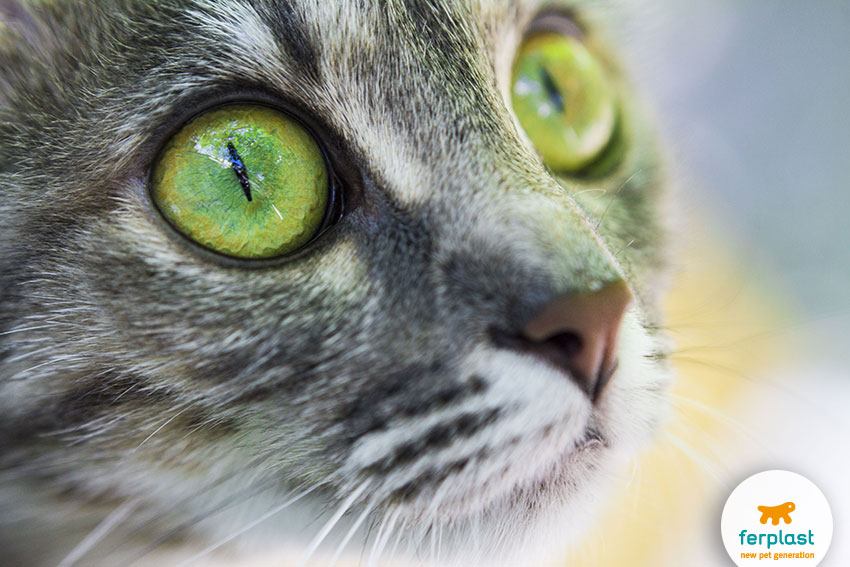 Yet that’s not all. That unsettling gleam we see by night is due to a special iridescent organ, the tapetum lucidum, which functions to amplify the amount of light that reaches the retina. It is precisely due to this that our felines can see so well at night. This specific membrane lowers the threshold of vision to a quantity of light being around six times less than that required for the human eye to see. Thus, when we cannot see a hand in front of our face, our kitty-cat can move quickly and stealthily in the darkness.

Another feature of cats’ eyes related to hunting is their wide field of vision, being 200 degrees compared to our 180. In addition, the eye of the cat has adapted to the type of prey it must hunt, being mostly birds and mice, and thus perceives fast movements (as opposed to slow ones) with a great deal of precision. That is why many animals remain still when they are in fear of being attacked. It is a trick they have learned to save their lives! 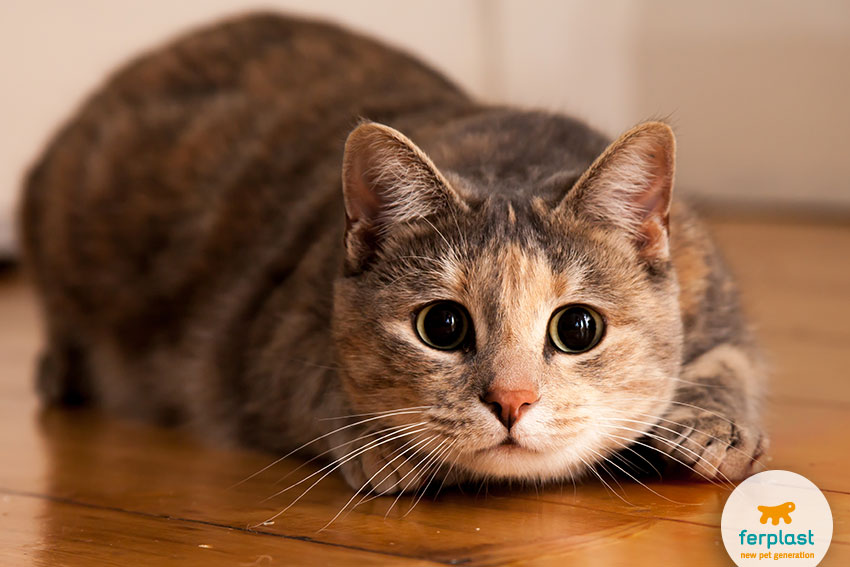 Another curious fact is that, unlike with human eyes, cats see fewer colours. For example, they cannot perceive red, orange or brown. Their level of focus is also diminished. If a human can clearly see an object up to 20 metres away, a cat only distinctly sees up to five metres. That is why before pouncing on its prey, it gets right up close. To compensate, the cat has not one but three eyelids. Cats also have an inner membrane that moves horizontally and keeps the eye ever hydrated.

All this impacts on that which stimulates the cat to play, being games that allow them to practice hunting. To play with a cat, you need to simulate the movements of its small natural prey. Perfect for triggering furious pursuits are toys like sticks with feathers. Just look what this kitten gets up to with Raptor, the electronic toy with moving rod…