THE PARROT ISN’T EATING: HOW DO YOU CHANGE HIS DIET?

In a previous article, we saw how a diet based on seeds is inadequate for a parrot and leads to deficiencies that can cause serious disorders and even early death. Instead, feeding your bird a healthy, balanced diet means using a variety of foods or good quality pellets. So what should you do if your parrot doesn’t want to eat?

Accustomed to a certain diet, your parrot, an animal of habit, will probably not really agree to any change in his food. However much the change might benefit his health, don’t be surprised that your feathered friend is undoubtedly more eager to carry on eating his tasty seeds. Also, if he isn’t used to the new food, he might not even realize that it’s edible at first. So, overcoming his initial wariness might prove to be a little tricky… 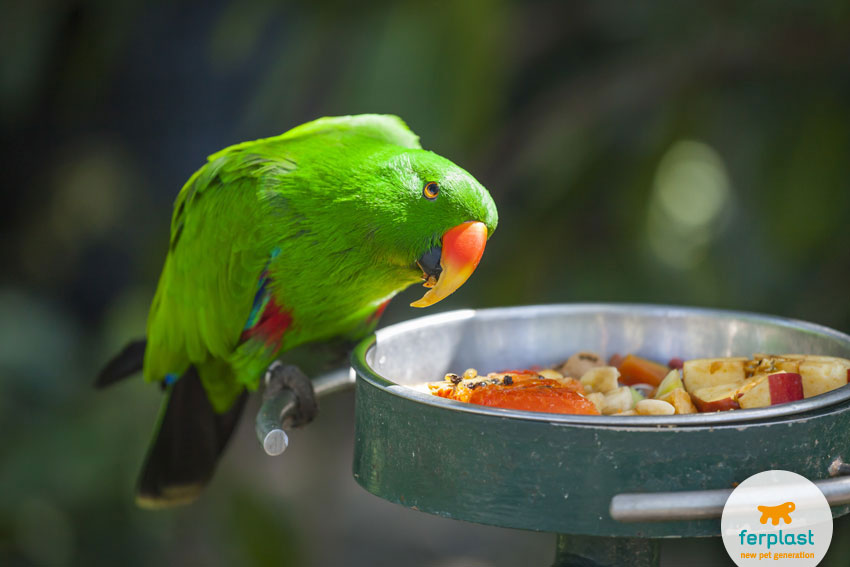 Before you begin to change his diet, it is important to know that the sudden disappearance of his usual food would cause our parrot a great deal of stress and not only will he be reluctant to eat, but he will probably completely refuse to touch the food you are offering him. Therefore, switching to a new diet must be done gradually, to avoid any danger of malnutrition for your animal. Here are a few suggestions. 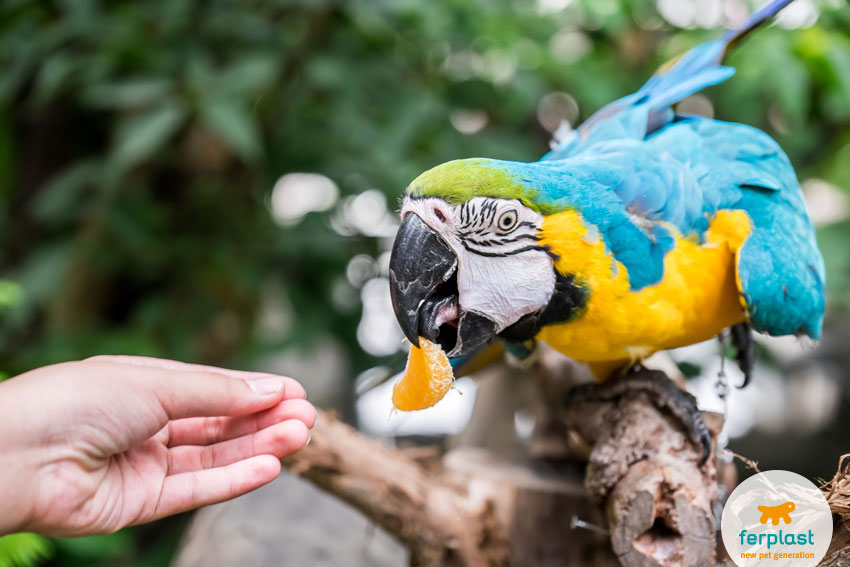 As well as these suggestions, remember that parrots like food to be lukewarm (if cooked) or at room temperature, so he won’t eat food that comes directly from the fridge. A healthy and varied diet is very important for our splendid feathered friend’s health. Therefore, with patience and willingness, you will see that he will gradually be persuaded to eat his fruit, veggies and other healthy foods!