DOGS, VACCINES AND PREVENTION: WHEN TO ACT AND AGAINST WHAT

Dogs, vaccines and prevention: everyone knows it’s better to prevent illness than to deal with it, especially when some of them can actually be fatal. When is the best time to take puppy to the vet for his shots? And when should we inoculate our grown dog?

The best time to give your puppy his first shots is at about two months old, that is, when the weaning process begins. He’s then big enough to go crawling around further away from Mum and be exposed to infective agents. Don’t forget that he won’t be fully covered and protected until he has had the booster shots some three or four weeks later.

Not everyone is aware that the vaccine covers a wide spectrum of illness and protects your pet from a series of infective diseases with just one shot. If you prefer, and depending on the age and special needs of your pet, you can also divide the shots. They can be given over time and based on the puppy’s health (it’s best not to inoculate him against something while he is affected by something else). If, on the other hand, you adopt an adult dog, you can begin the vaccine cycle whenever it is convenient to you.

Let’s see what the most common vaccines are composed of and which illness they protect your dog from. 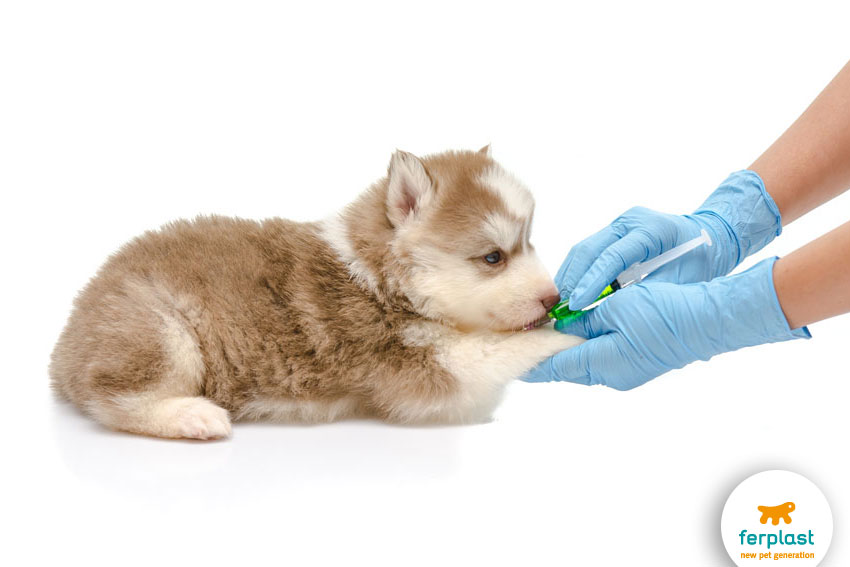 Leptospirosis is an infection that comes about from bacteria belonging to the Leptospira. These live in wet environments (stagnant water) with temperatures of between 7° and 36°C and are most commonly in the urine of infected animals (often mice). About a week after infecting the dog, leptospirosis will cause high fever, lack of appetite and, sometimes, vomiting as the liver and kidneys of the animal are being damaged. Leptospirosis can be passed along from the animal to persons.

Infective hepatitis comes from type-1 canine Adenoviridae (CAdV-1) that is transmitted through direct and indirect contact and is mostly harmful to the liver. More common in young dogs, the symptoms include fever, depression, vomiting and diarrhoea.

Canine distemper comes from a virus (Morbillivirus) that affects both dogs and ferrets. The classic form begins with respiratory symptoms (coughing and sneezing) and can then evolve into gastroenteritis (vomiting and sometimes haemorrhagic diarrhoea) and/or into encephalitis, even long after the first signs of infection appear.

Parvovirosis or canine haemorrhagic gastroenteritis is caused by a virus (parvovirus) that can survive outside for months, which is what makes it so dangerous. The symptoms appear a few days after contagion and include vomiting and haemorrhagic diarrhoea. Depending on how strong their immune systems is, the affected animal can die or heal very slowly.

Kennel cough is one of the main infective diseases dogs can get and is caused by a large number of bacterial and viral agents, the most common being the bacterium Bordetella bronchiseptica, the adenovirus type-2 and the parainfluenza type-2 virus. The symptoms of kennel cough are coughing, tonsillitis, runny nose and conjunctivitis and, in the most serious cases, this includes fever, lethargy and bronchopneumonia. It is transmitted via airborne respiratory secretions (from sneezing and coughing) and is why it spreads quickly in areas where a number of dogs live in a restricted amount of space, like kennels and breeding farms.

Rabies is a viral illness that can affect any mammal (including man) and can be transmitted via the bite (saliva) of an infected animal. The symptoms, which can appear even long after the bite itself, are extremely serious and evolve rapidly. They can include behavioural change, aggressiveness, increased salivation, damage to nerves in the brain and difficulty in walking. The illness, once the symptoms appear, is almost always fatal. Vaccination is, therefore, a very important way to prevent the spreading of this virus.

Lyme disease or borreliosis is caused by a bacteria (Borrelia burgdorferi) that can be transmitted to a dog only by a tick bite. The most common symptoms are limping with swelling and pain in one or more legs, fever and lethargy. The vaccine against Lyme disease remains a topic of disagreement, mainly because the infection often occurs in an asymptomatic manner.

Leishmaniasis: a vaccine designed to protect dogs from the infection caused by the Leishmania parasite has only recently been created. The disease occurs when a dog is stung by blood-sucking flies, a bite that can bring about a systemic malady that is often hard to diagnose because of the range of symptoms it provokes. Most infected dogs first show signs of the disease on their skin, in the form of crusts, scales and irregular hair loss. The disease is coming to the forefront because it can be transmitted to humans, but also because it is now appearing in areas where it had hitherto been entirely absent, perhaps the result of climate change, which favours the proliferation of the fly. 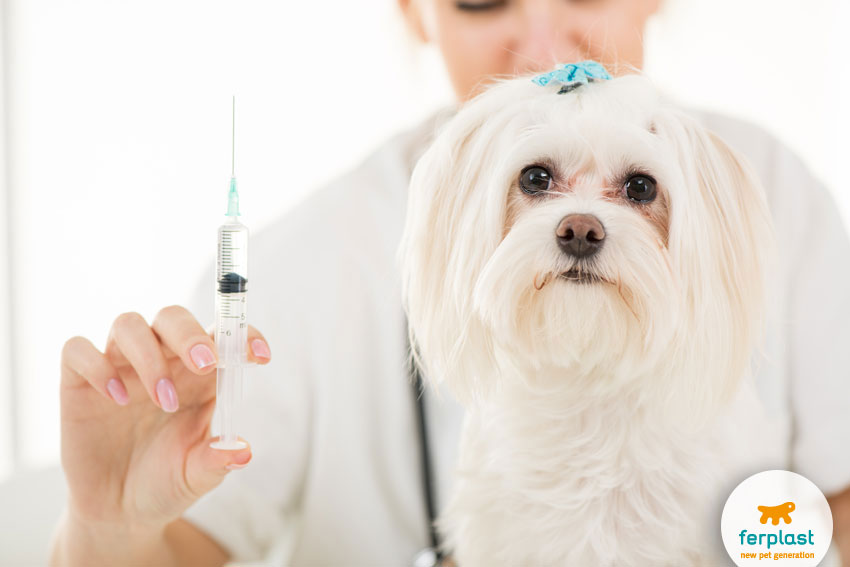 Generally speaking, vaccination guidelines are constantly being re-evaluated by research companies as the infective agents around us evolve and/or become more widespread. Your vet will be able to advise you about which vaccinations to give to your dog based on his risk of exposure, age, health and, last but not least, on what the law requires.

We thank Veterinary Doctor Chiara Pellizzari for her help.