THE CAT’S CALL: MEANING AND INTERPRETATION

When it comes to the language of cats, a world opens up. The cat has its own way of speaking, which involves different parts of the body, from the tail to the mustache, and understanding the innumerable nuances is extremely fascinating. Have you ever noticed the sounds he produces? Cats can modulate the meow according to what they want to say!

Each owner knows his own cat and by living together he also learns to decipher his messages more and more precisely. However, there are some calls universally used by cats to communicate daily.  Let’s discover them!

The most common of the calls can mean a lot of things depending on the intensity, tone and frequency. In general, the more intense the meow, the more important or urgent what the cat wants to communicate. To put it simply, the meow can be associated with a request: the short and delicate one usually draws attention but in a discreet way, for example if the cat is near the door it means that it wants to go out; if the ” meow ” is shuffling, persistent and sharp and the cat is next to his empty bowl, he wants food; the ” meow ” who lose the last vowel are those that indicate that the cat is in a good mood and wants lots of caresses! 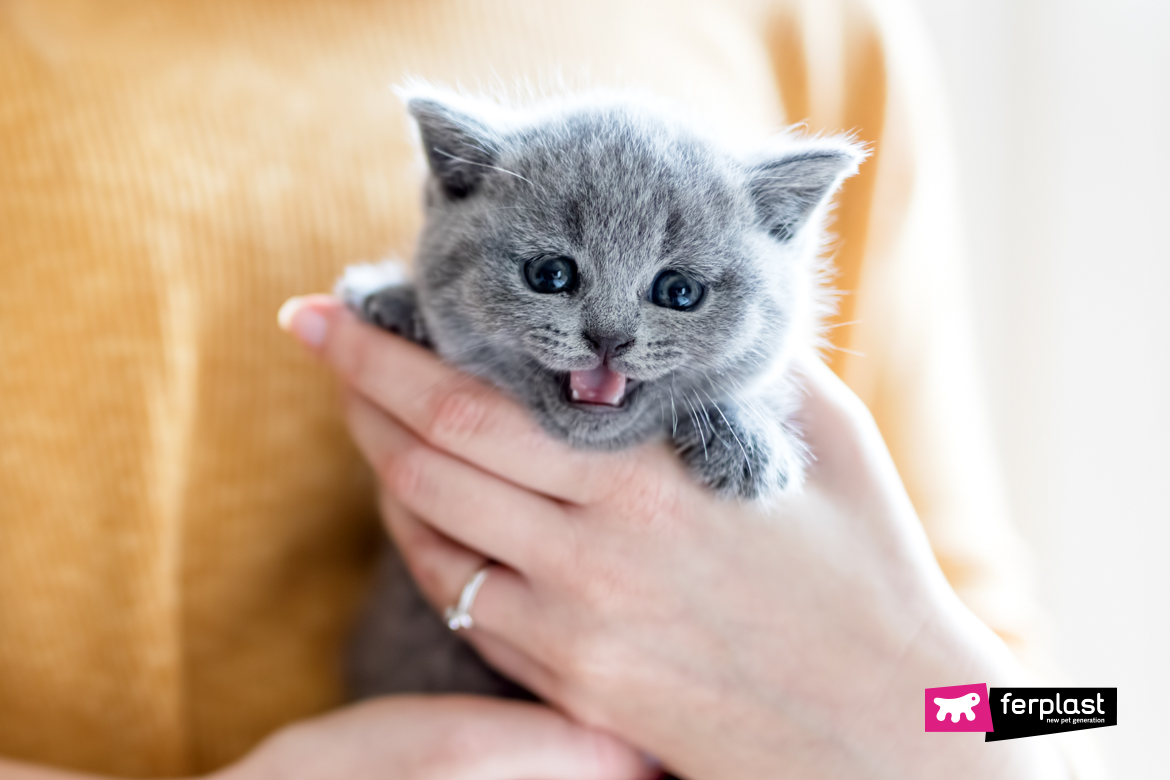 The purrs are low sounds emitted by the cat and represent a real call to cuddle! Depending on the age of the feline, they can take on different meanings: kitties purr to communicate with their mom, moms purr to reassure them. In adult cats purring is synonymous with positive situations, well-being and they use it when pampered to show its affection for us.

The trill is a murmur emitted with a closed mouth, which lasts one second, always has a positive meaning. It is used by the cat to greet, to attract attention, as a form of recognition and approval. This call is typical of cats with a more extroverted, sparkling and lively personality. 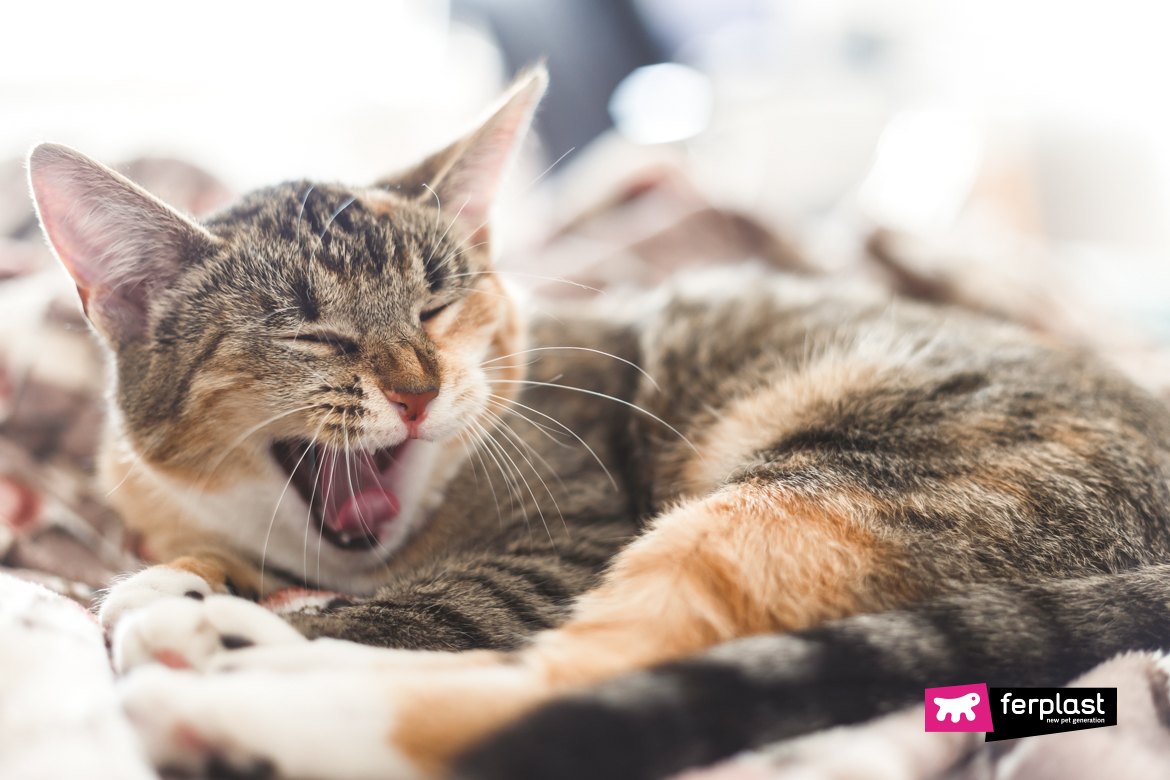 It’s not a typo, it’s really true that even cats growl when they are stressed, angry or annoyed. Usually a cat is unnerved by loud noises, by the presence of other animals or by situations that it perceives as dangerous for his safety. There are cats that suffer when they are brushed, so they could react by snarling at you as soon as they see the comb. The best thing to do in these cases is to leave them alone and respect their spaces.

5. The cat that blows

Just like feline cousins (lions, panthers, cheetahs) cats blow by bringing their ears backwards and showing their sharp teeth. This verse is emitted by the cat when he faces an opponent and, in any case, it is a more defensive than offensive reaction. 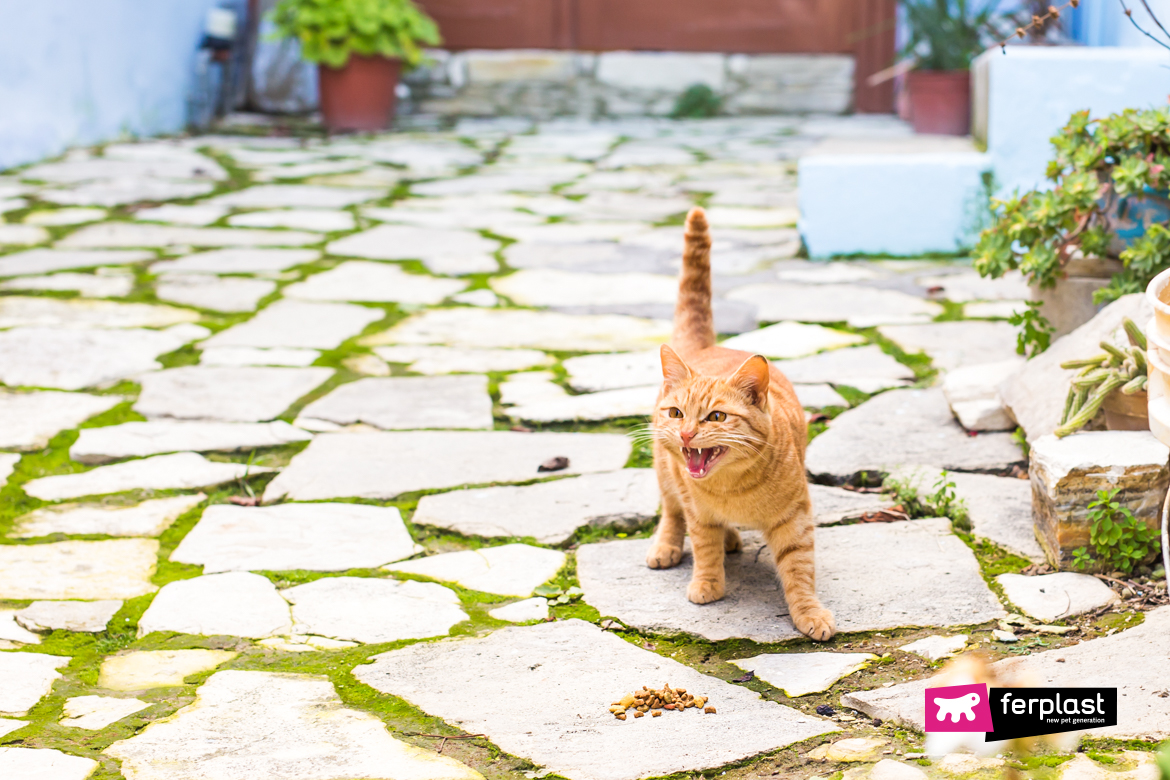 Then there are some particular calls, born from a mix of vocalizations due to particular movements of the mouth that are really funny: for example, when the cat sees a prey, a bird or a lizard, he emits a very acute vibration making the jaw vibrate. It is a moment of great excitement for the feline!