THE BUDGIE, ORIGINS AND FEATURES

The budgerigar is a very graceful, lively and singing parakeet, commonly called budgie. You don’t need to be an ornithologist to recognize and appreciate this beautiful bird with a colorful plumage and a curved beak, so popular that it is considered a real companion parrot.

The origins of the Budgerigar

The budgie comes originally from Australia, where it lives in large flocks migrating from one part of the continent to another in search of food. Only in the regions of eastern Australia, where it finds water and food all year round, the budgie is present as a sedentary bird. 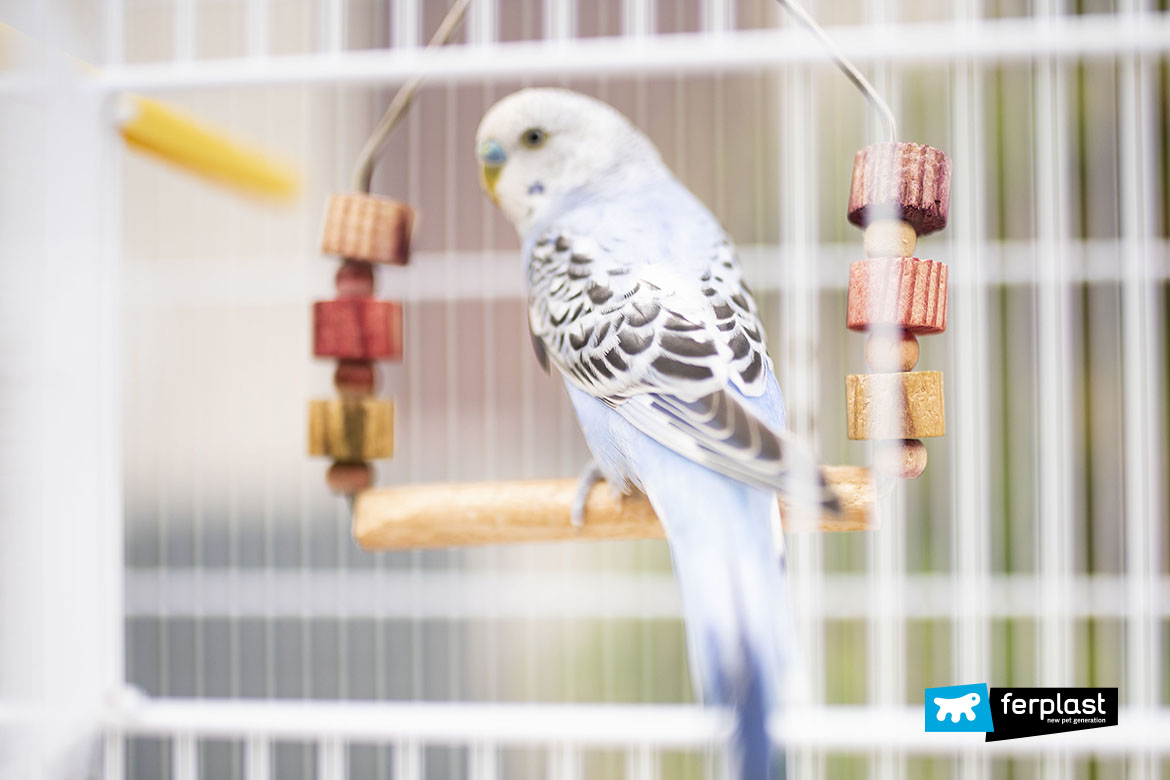 The first specimens arrived in Europe in 1840, making a long crossing on board of British ships (these birds, in fact, cannot fly for more than three consecutive hours!). Arriving in the Old Continent, they gained a large popularity, thanks to their colorful and exotic appearance so different from the local birds, and in order to satisfy the growing demand, real parakeet farms were born first in England and then in France.

For over a century, the ban on the mass export of parakeets has been in force in Australia to protect the species.

Appearance and color of the Parakeets

The budgerigar has a wavy streak pattern on the head and back, which also extends on the wings with wider black streaks.

Wild specimens usually have a grass-green plumage, which allows them to blend in with the trees and not get noticed by predators. When the parakeet breeding started, many new colors and mutations have been created such as blue, yellow, white, gray, purple, ivory… which occur in the single-color variant or in most cases with two or three nuances combined, original streaks and spots in order to give each parakeet a unique, almost magical plumage! 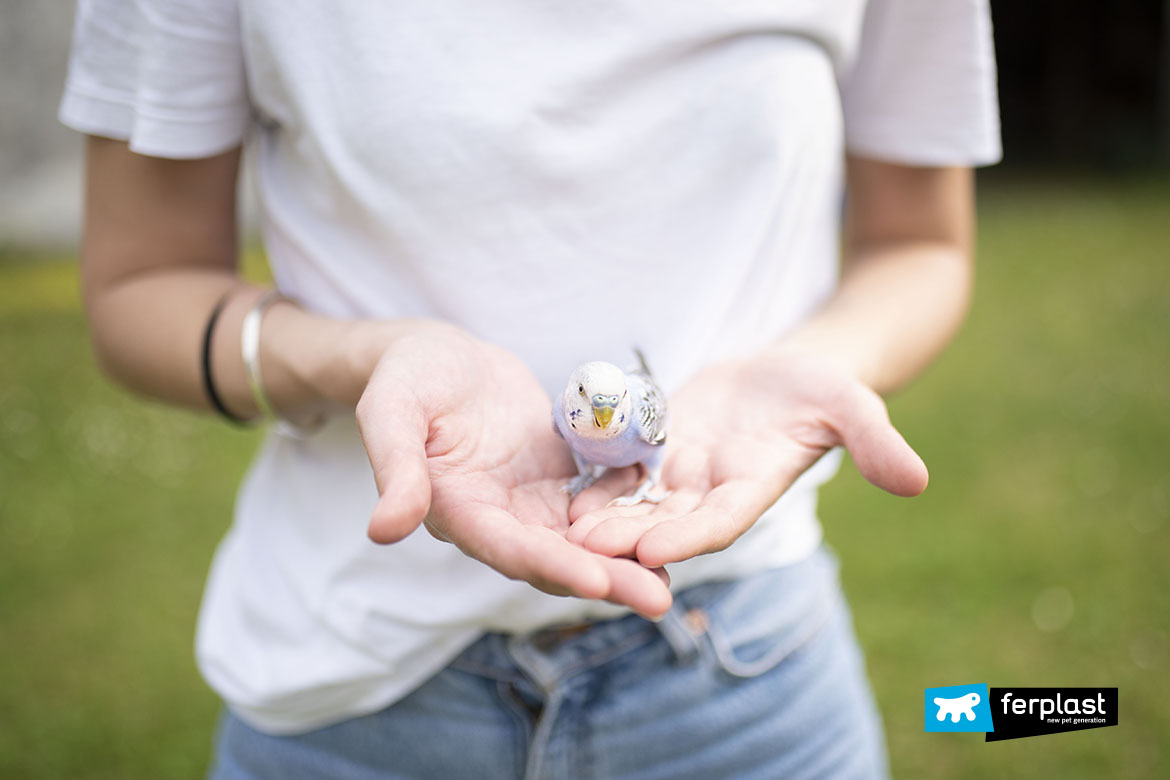 Both males and females can reach a size of 18 cm, from head to tail, and weigh between 25 and 40 grams. For this similarity it is not easy to distinguish the sex of these birds. In captivity they can easily live up to 15 years.

Character of the Budgie

The budgie is a much-loved pet not only for its magnificent appearance, but also for its character. Budgerigars are social birds, they love the company of both humans and the like, and a lonely life is definitely not healthy for them. Put in the right life conditions, that is, in a spacious aviary with a peaceful environment where it can regularly fly freely, they can be easily tamed, becoming very loyal and obedient. It is good to cover the glass windows to avoid they take them for escape routes, risking slamming into the glass, sometimes even seriously injuring themselves. 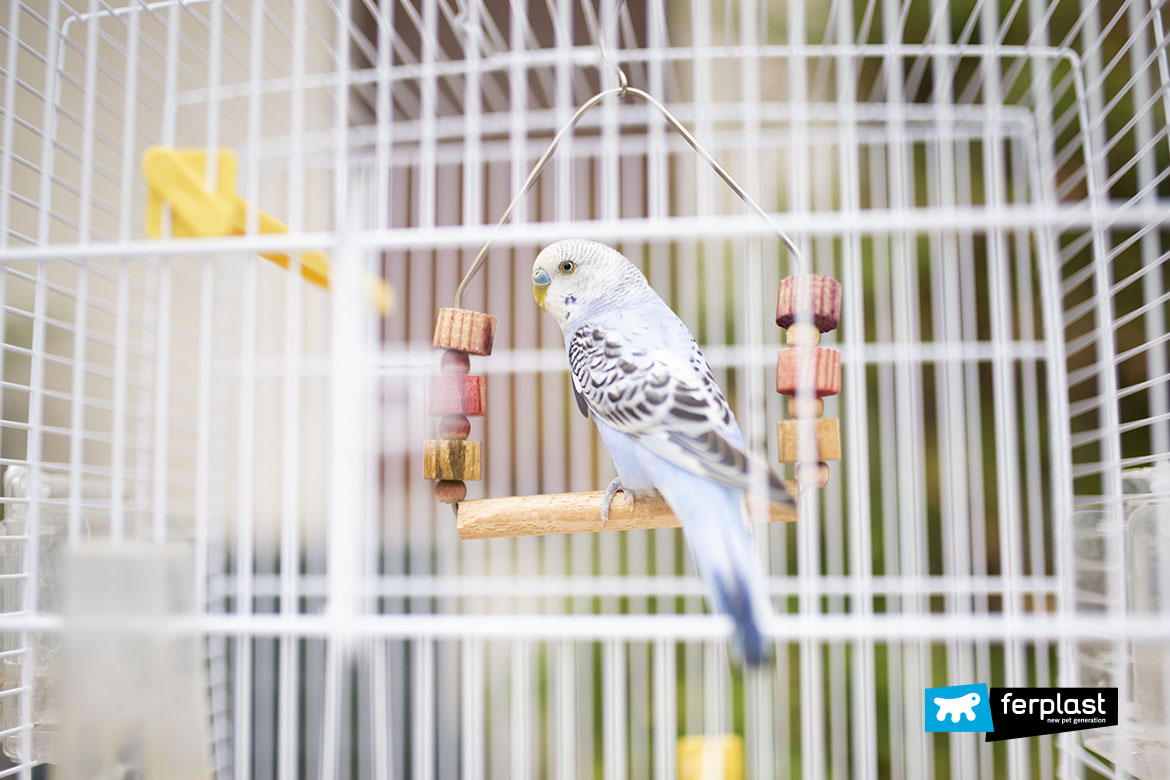 Vocalizations are one of the characteristics that most define parakeets, these budgies express themselves with sweet sound harmonies and are excellent talking parrots and imitators of the human voice.

Like any pet, it requires a bit of effort but in return it can keep great company, bringing joy and happiness to the house!