Dogs are not only companions in life and play, but also an indispensable resource for ground search, protection and rescue missions. Our friends at the Federazione Italiana Cani da Soccorso (Italian Rescue Dog Federation) have given us some insight into this amazing world. As a result, we vowed to try to raise awareness even amongst those who are not associated with such activities. Previously, we presented the role of humans in training rescue dogs. Today, rather, we will focus on the dogs involved in the ground search and rescue missions.

In order best carry out this job, the rescue dogs must be well-balanced, safe, without any extreme characteristics, be very intelligent, curious and responsive to the proper extent. In addition to this, they must also be sociable and able to be amongst people. 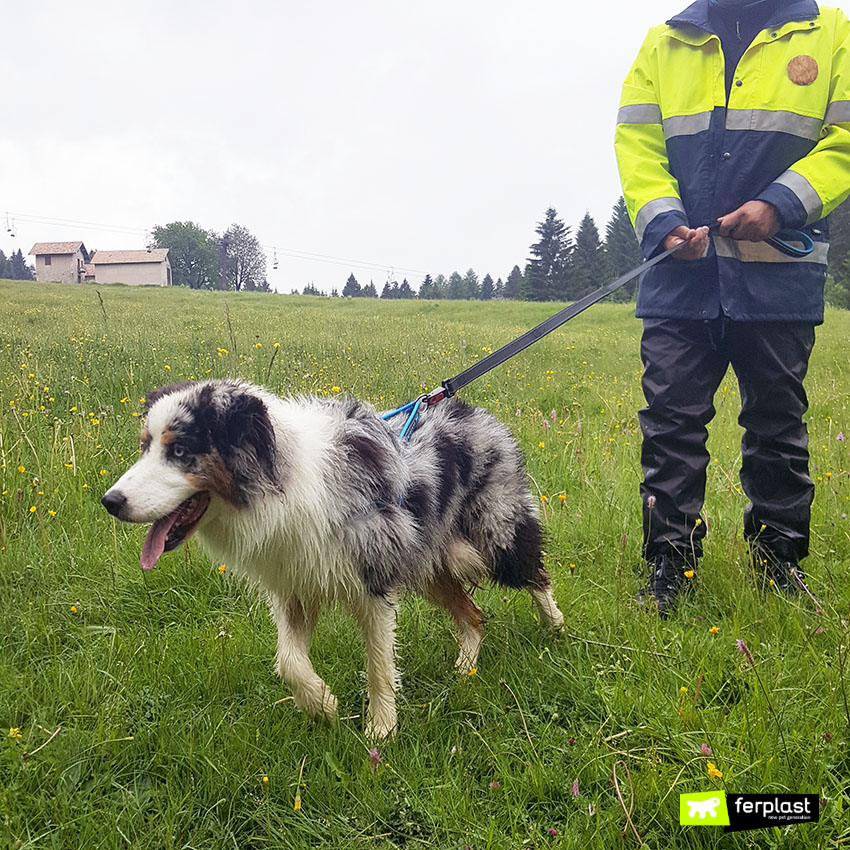 There is no ideal breed, however medium-stature dogs are usually used, being able to move about easily. Most-used for ground searches are shepherds – the German Shepherd, Belgian Shepherd, Collie, Border Collie, Bouvier des Flandres – and some others such as retrievers. However, even mix-breeds of a good size (if too small, they would not be able to withstand the fatigue) prove to be skilful searchers. The most important aspect is having a very good relationship with their own handlers! 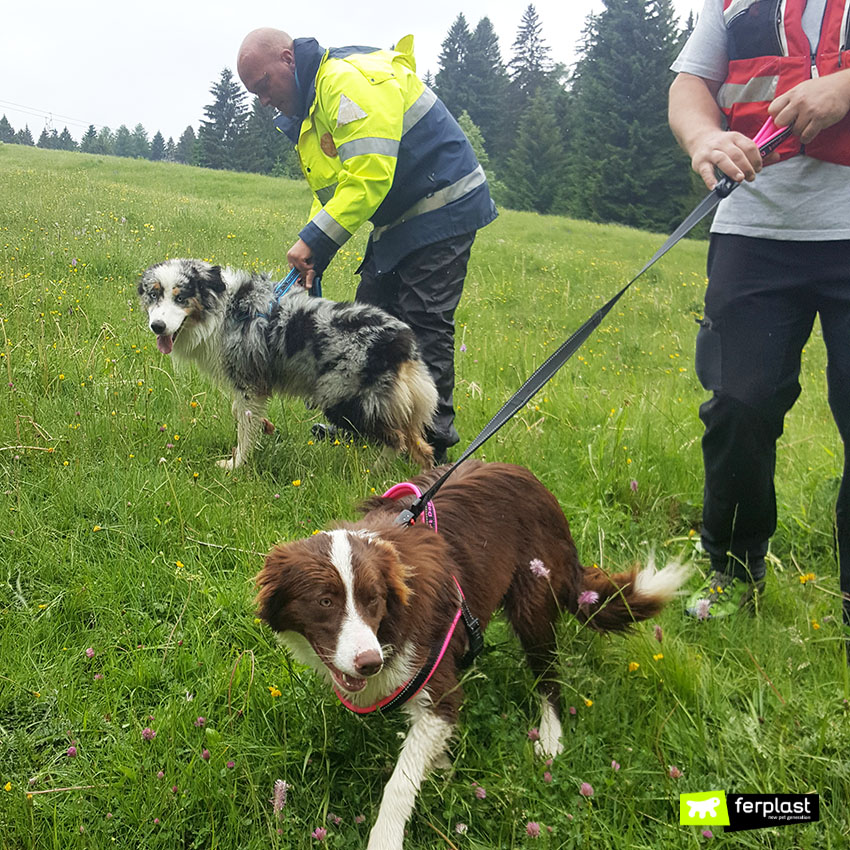 How do you work with the search dog in ground searches for missing people?

Ground searches usually take place in harsh environments, often mountainous, and even over rather long time-periods, in all kinds of climatic and meteorological conditions. They differ from searches following avalanches, amongst rubble or at sea. For the latter, for example, dogs make use of their sight, in addition to their sense of smell.

The dog is trained to detect traces of scents left on the ground or in the air by the person (often, the dog can be seen with its nose tilted upwards so as to perceive the “scent cone” emanating from the missing person) and moves autonomously in the area so as to scour and intercept the particles of smell. The dog tends to move in a zig-zag in order to cover as much surface area as possible. At the same time, the handler must always have everything under control, knowing where the dog has worked and where to lead it in case not all areas have been inspected. For this reason, the handler must be skilled in orientation and cartography or be equipped with a GPS, obviously used increasingly more often during such operations. 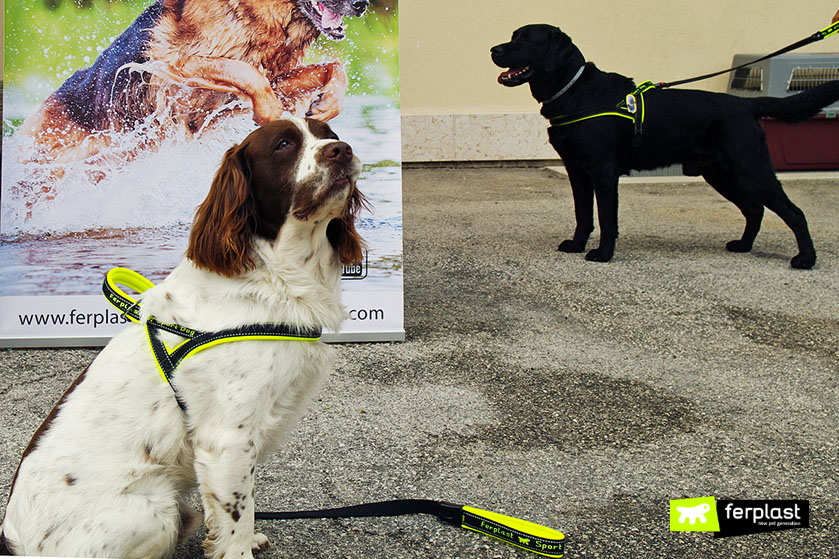 The method used to train the dog for such searches is based on play and on positive reinforcement (conditioning), being that every time the quadruped performs the desired behaviour correctly, it is rewarded.

During the initial exercises, the handler hides a very short distance away, whilst another person guides the canine in the search. Once the dog has found the handler, it begins to bark so as to signal having discovered the missing person, before then being lavishly rewarded with food, caresses and play. The fact that the dog associates the find with being rewarded is the starting point for the entire training process having a positive outcome. 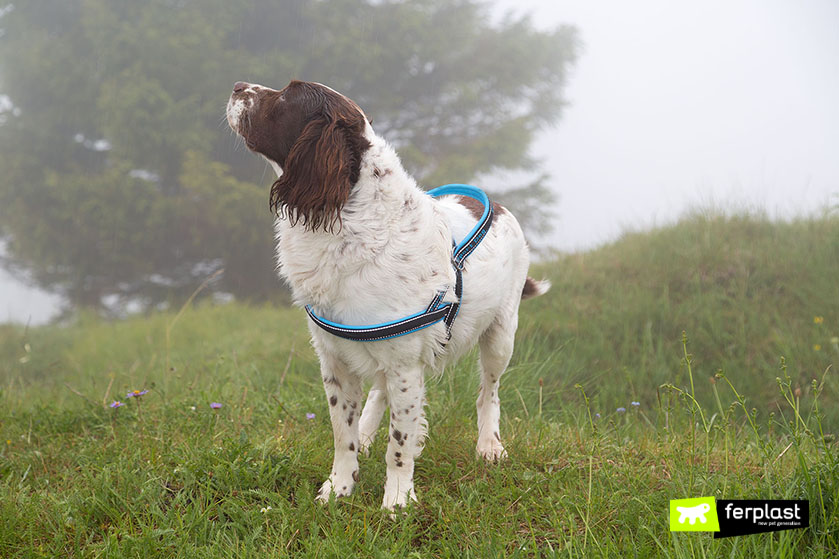 After this initial phase, the distance and complexity of the search increases, with distractions being added, other people, such as the helpers, through to working and carrying out exercises with other groups.

The presence of the dog in the searches is truly fundamental as it helps save even more people at the same time, reducing the time of the operations and guaranteeing greater safety! 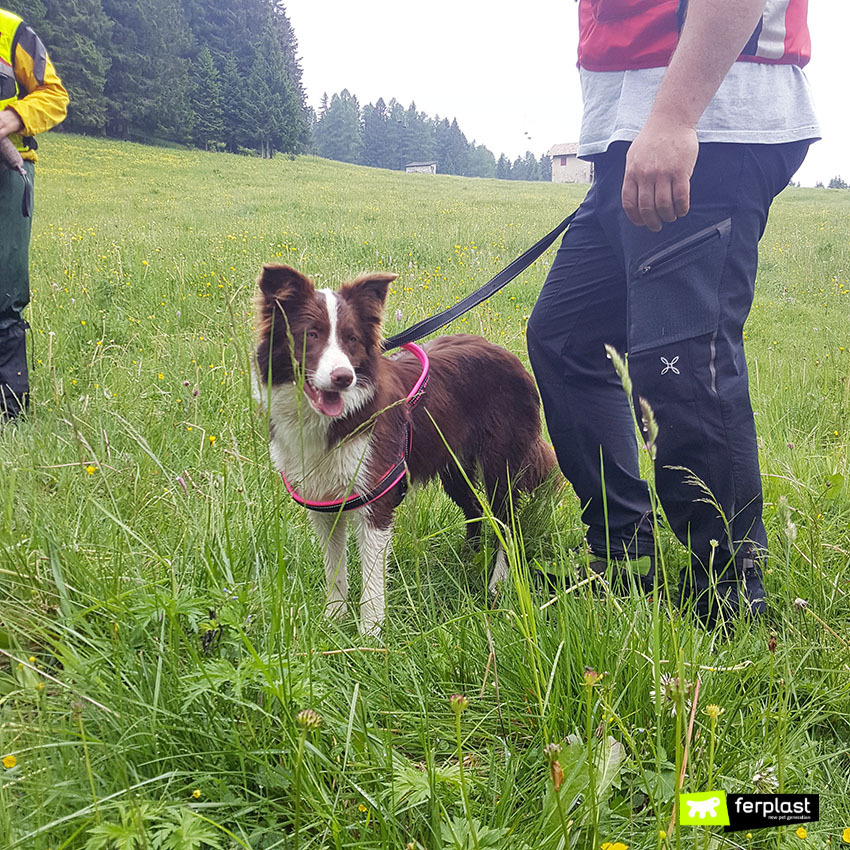 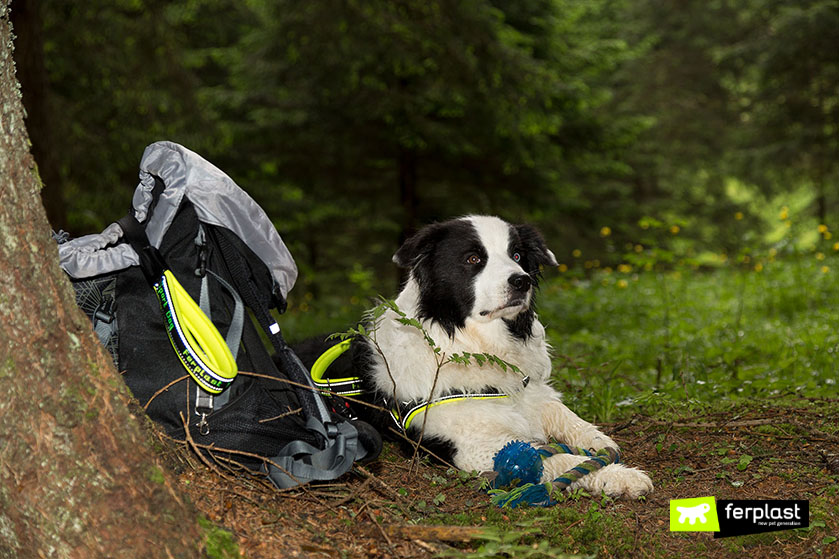 Next time we will talk about the other canine heroes, namely those who work in rubble searches, so make sure to keep following us.