SAINT BERNARD DOGS: ALL THE CHARACTERISTICS OF THE BREED

Saint Bernard dogs are among the best known “giant dogs” in the world.

Known for their importance in mountain rescue, Switzerland will now employ them in the social sector.

St. Bernard dogs have long been used in rescue, to find and save those missing in the snow and fog in the mountains. Currently, however, due to their large size, St. Bernard dogs are no longer used for their research skills. With the use of helicopters, the Swiss rescuers preferred lighter and smaller breeds. It is therefore a matter of space in the cabin and not of inadequate skills.

At present in Switzerland the Saint Bernards are used in the social sector, an area in which their great mental stability is appreciated.

The Swiss Barry Foundation, for example, has decided to introduce this breed for social visits in homes for the elderly or in schools, given the ease of relating of the Saint Bernards and their em-patia with the most fragile people.

To date, seven dogs are part of the first litter born two years ago at the Barry Foundation in Martigny and which will be adopted by families or used for social visits in homes for the elderly or in schools.

All the characteristics of Saint Bernard dogs

In nature there are different shades of hair, but in general we can recognize 4 different colors:

Character of the St. Bernard

As concerned the character, however, the Saint Bernard dog is a sensitive breed, but not excessively.

Despite being very close to the pet parent, in fact, the Saint Bernards still seek their own autonomy. In general on a psycho-physical level it can be said that they are balanced dogs. Towards the pet-parent, they are very affectionate and adore their family, which they regard as a pack to protect and take care of.

Even in dealing with children, Saint Bernards are very sweet and kind. They almost become “babysitters” for new lives. 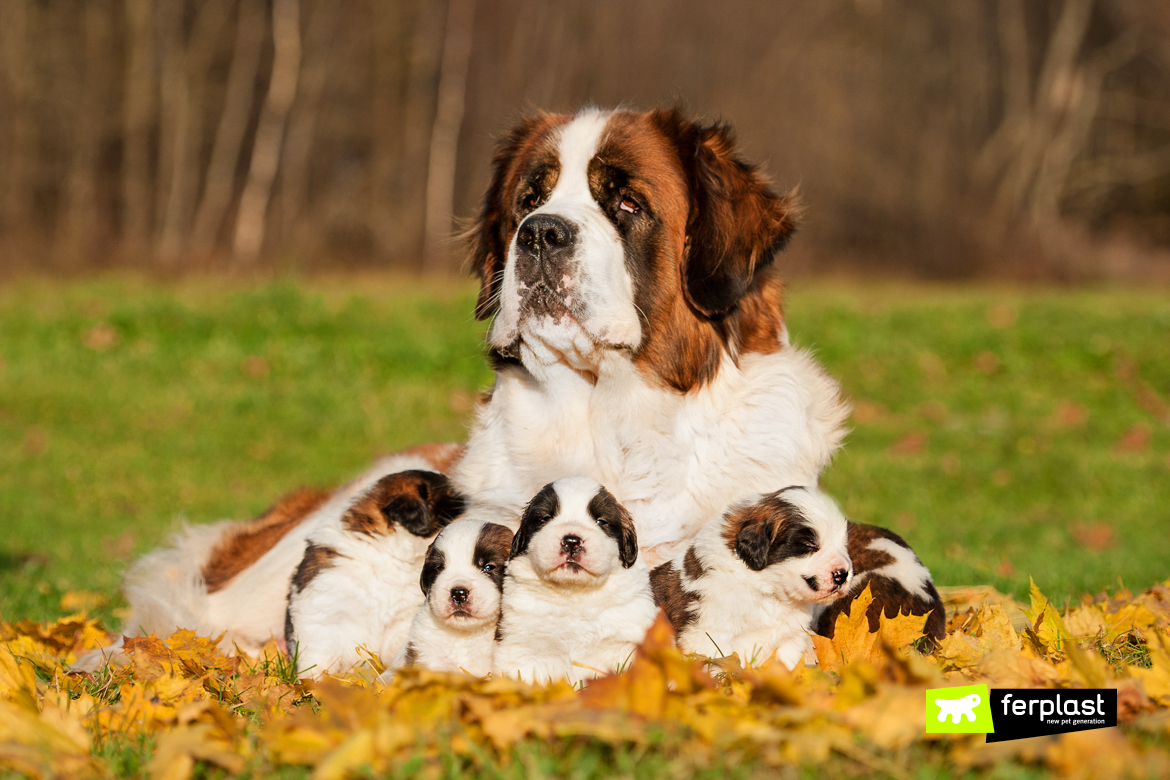 Curiosities about the Saint Bernard dog

Here are some curiosities concerning the Saint Bernard:

– It is a short-lived breed, the average lifespan of these dogs is about 8-10 years

– Many specimens of this breed suffer from diseases that may require examinations, surgery and a lot of attention.

– Saint Bernard dogs also owe their fame to television and cinema. They also became famous thanks to the Beethoven film series and Heidi, who had a Saint Bernard as a dog.

– An entirely white Saint Bernard does not exist. Even if the base color is white, there are always large patches of color.

In conclusion, Saint Bernards are really good, sweet and sensitive dogs. Adopting one is a magnificent choice but it must be carefully considered because the care and attention they need are important.