When you bring home a new puppy, you should already be equipped with everything you’ll need to make him feel at home and relaxed. You will need to provide him with a place that is all his own, where he feels safe and, just as important, where we know he will not harm himself or the room he’s in. Here’s why training pens are very useful.

Dog breeders and trainers make use of training pens because they let the animal socialise and get accustomed to being with the family. They can be used in the home so that the dog can get accustomed to his new environment, or outdoors so that he doesn’t leave the premises. They are also ideal for making sure he doesn’t get into any mischief while you are out. 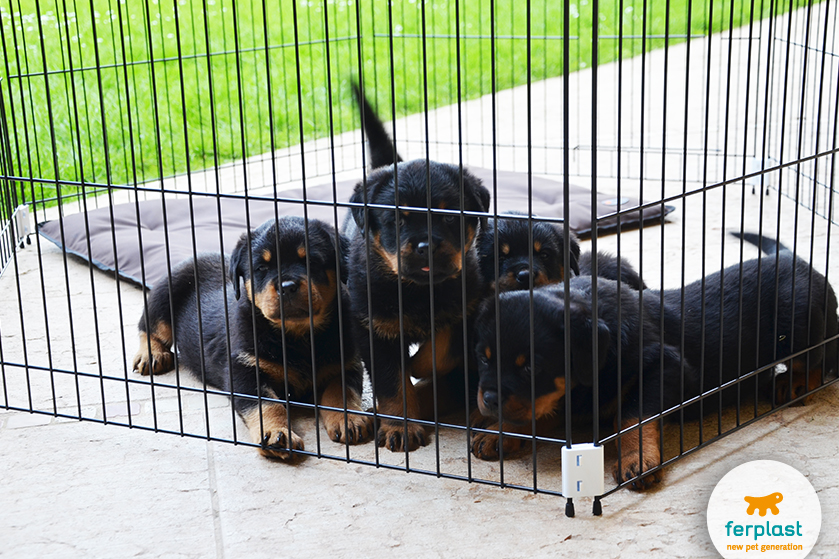 Just like a child, when a puppy is brought into a new home, he needs to feel safe. Letting him sleep in your bedroom with you – but NOT on your bed – for a few nights is a good idea. You can put the pen in the room, near the bed, so that you can reach out and pet him if he cries but doesn’t get a chance to be naughty or pee all over the place. Once he has gotten used to his surroundings, he can be moved to another room.  Pens are really handy in getting the dog accustomed to doing his “business” only in those places he is allowed to, or, if available, in the garden. Pens are very versatile and can be easily adapted to meet our needs. If the dog spends most of his time in the garden, it’s best to put the pen in a safe place, especially if serious gardening work needs to be done with dangerous tools like lawn mowers. Or if cars drive down the lane, then its best to keep him safely penned in until he’s mature enough to understand that cars are dangerous. 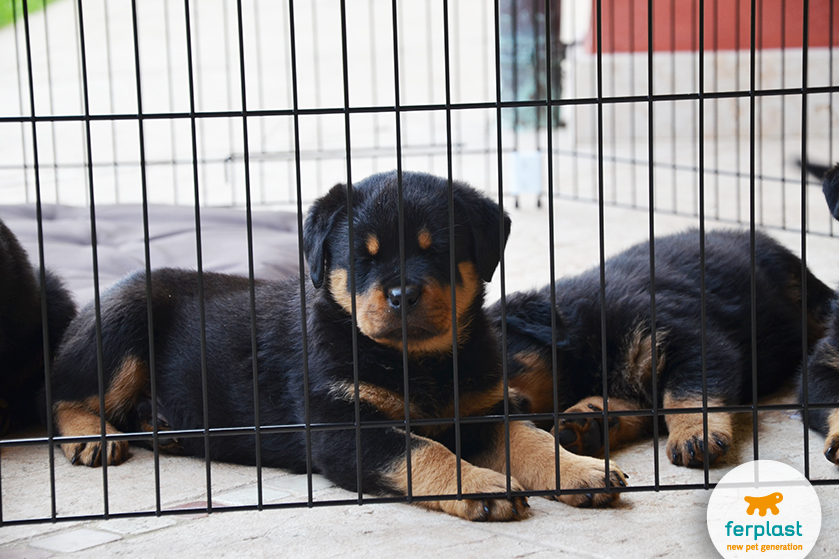 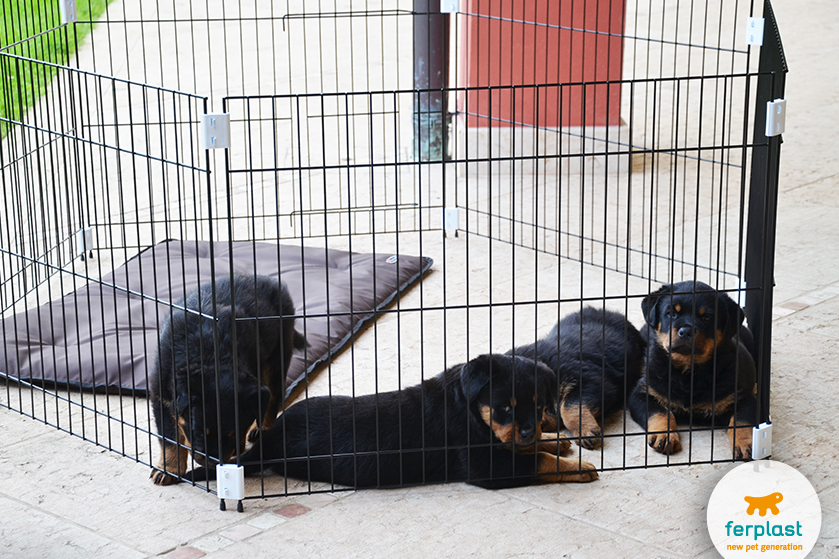 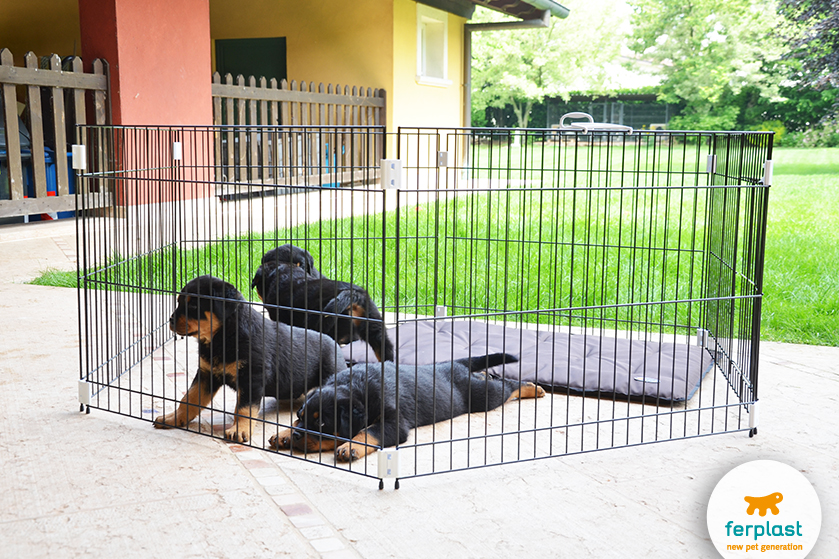 Ferplast’s Dog Training pen is very functional and practical. Made of aluminium, it is lightweight and does not take up much space. When it is not in use you can fold it up, and if you need to put more than one puppy in it, it can be enlarged. 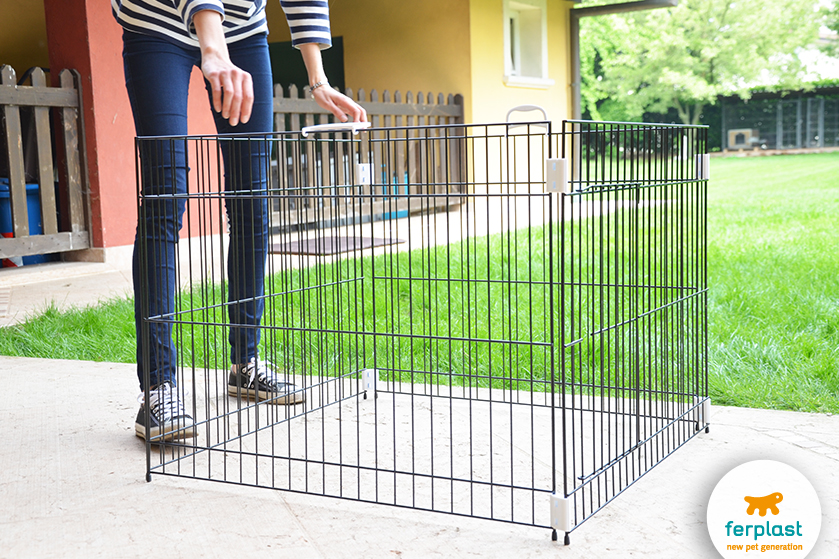 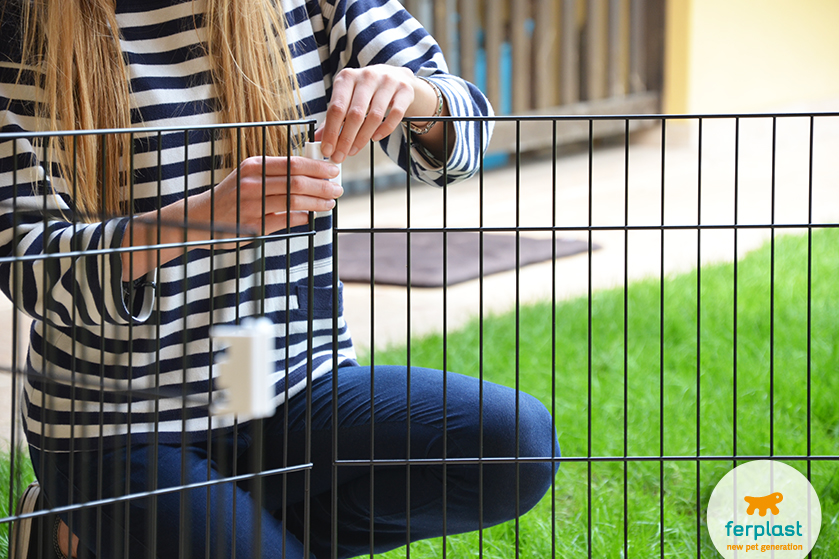 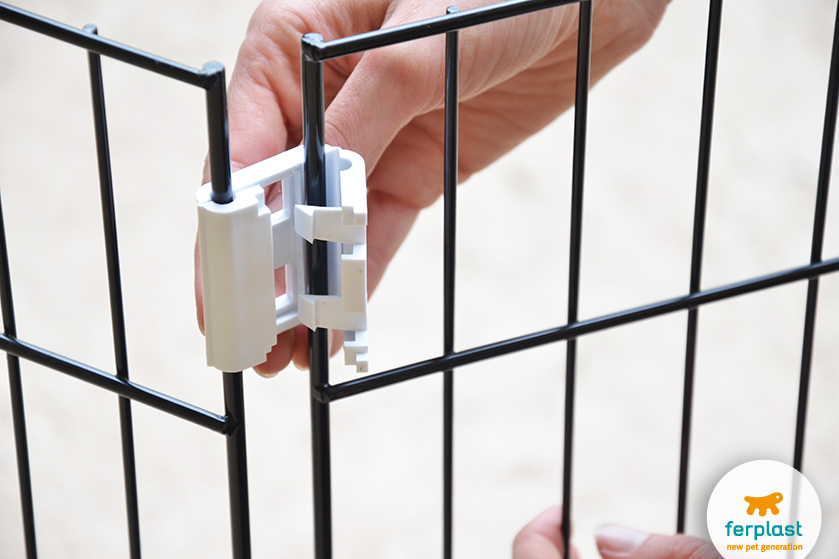 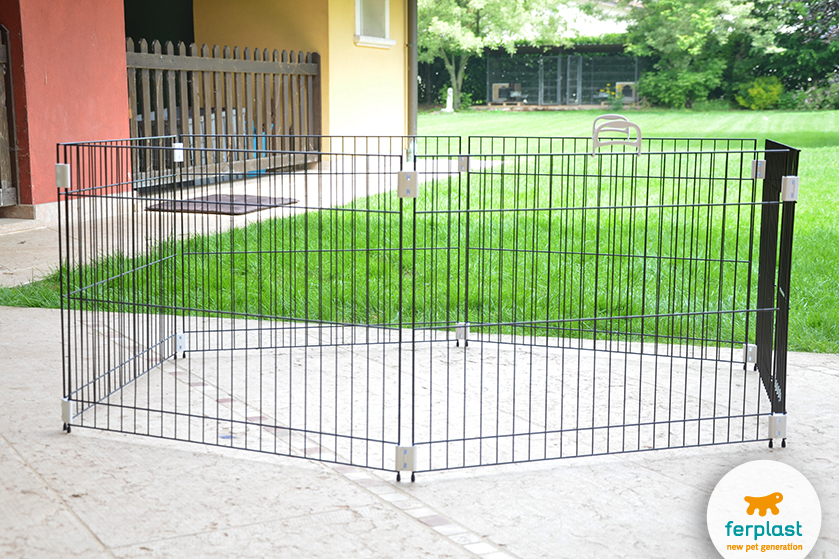 You have to make it a place the dog wants to be if you expect him to get into it happily. Put his toys in it, a rug, a bowl with dry food, anything so that being there has a positive connotation. And if you don’t want the opposite effect, it should never be used as a place to restrict or punish him. 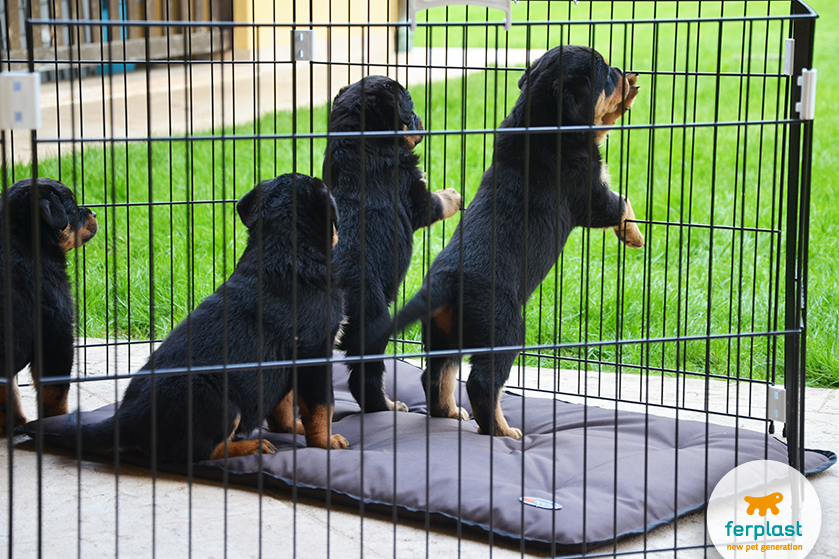 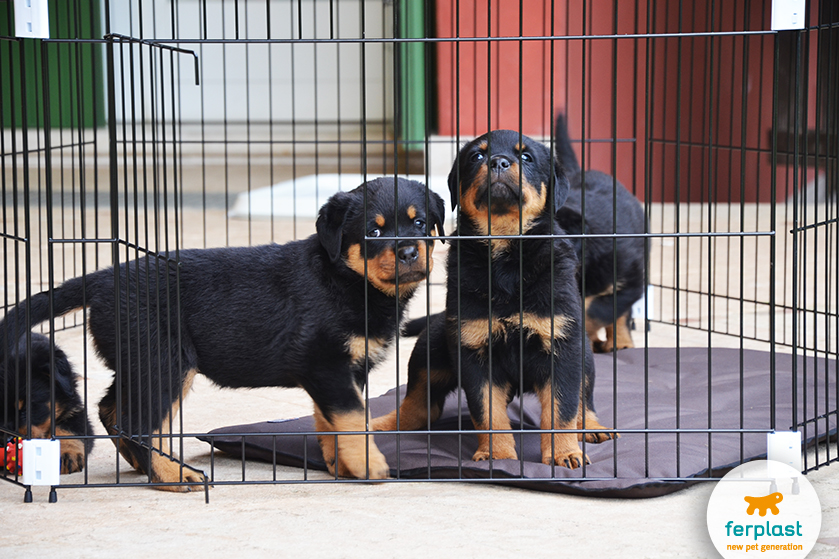 A pen can be a really handy training tool during the puppy’s (or puppies’) first few months, like the little terrors you see in these pictures! 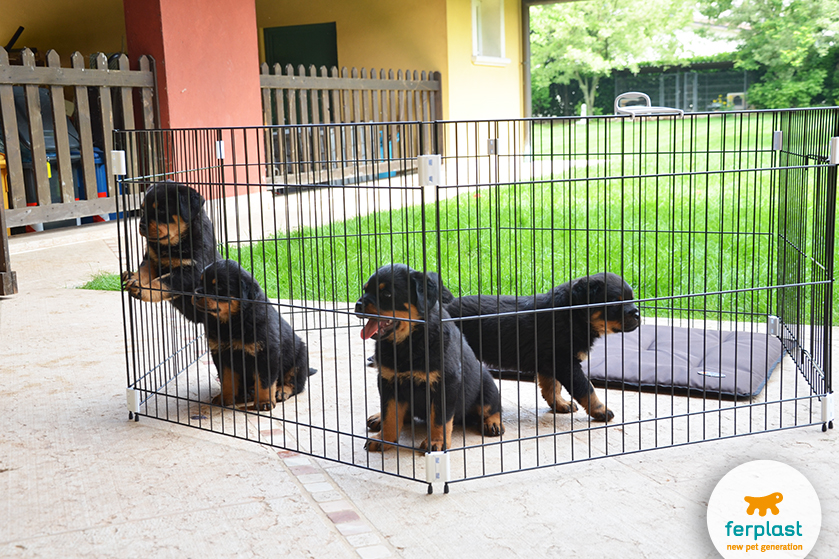 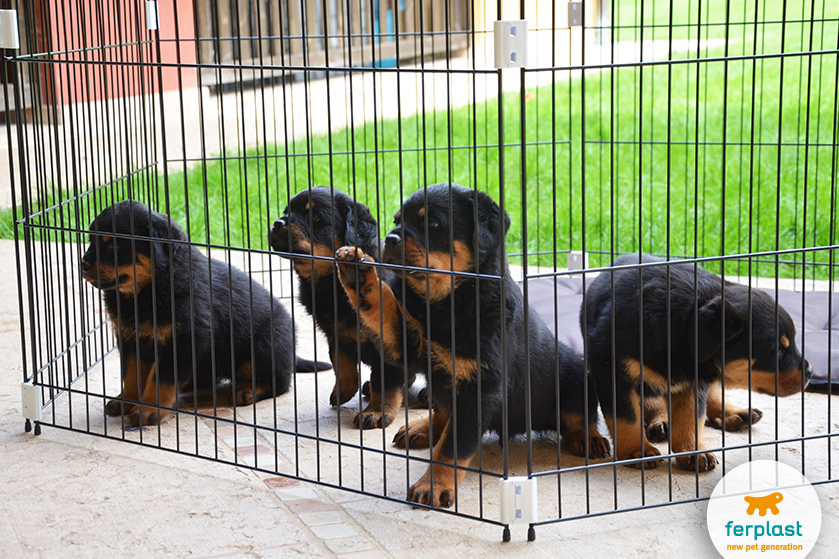 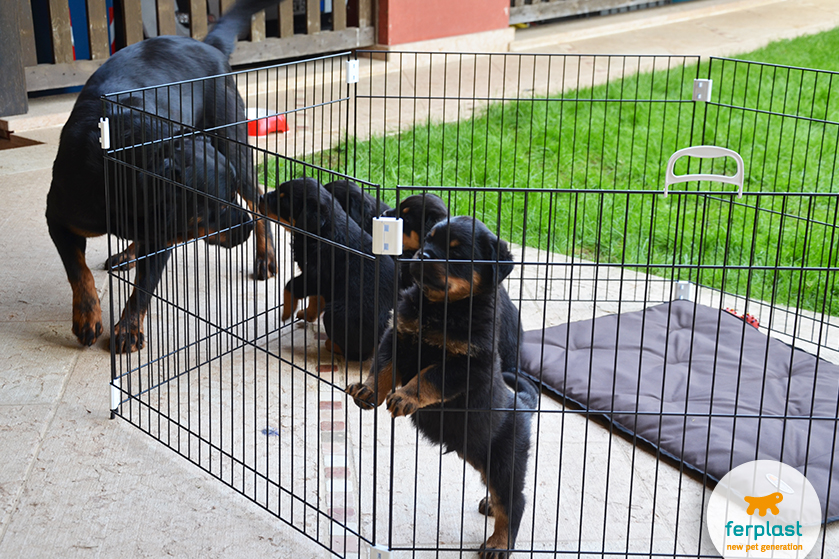