Labs are wonderful dogs with great characters. They are affectionate, sociable and very smart. They love to play and their soft pleading eyes make sure they are immediately forgiven for whatever they might have done wrong. Although they are big, strong dogs, athletic even, they too sometimes need to be taken care of, as our friend and pet-loving blogger Carlotta Rubaltelli of Style and Trouble tells us.

Carlotta, a well-known lifestyle blogger, lives in Parma with her boyfriend, Federico, and with two wonderful Labrador Retrievers, Balù and Dora. Balù hasn’t been all that well recently, seeing as he just underwent an operation on his left rear paw. So we asked her about her relationship with her warm and furry best friend and how she is helping him during his recovery period.

Hi Carlotta! Balù recently had a foot operation. What happened?

Balù began biting his left rear paw last January. Federico and I couldn’t figure out why he was doing this, and so we took him to the vet. After a careful check-up, she told us he was chewing his paw because the muscle had not grown properly there and because of pinched nerves. This resulted in pain in one of his nails. 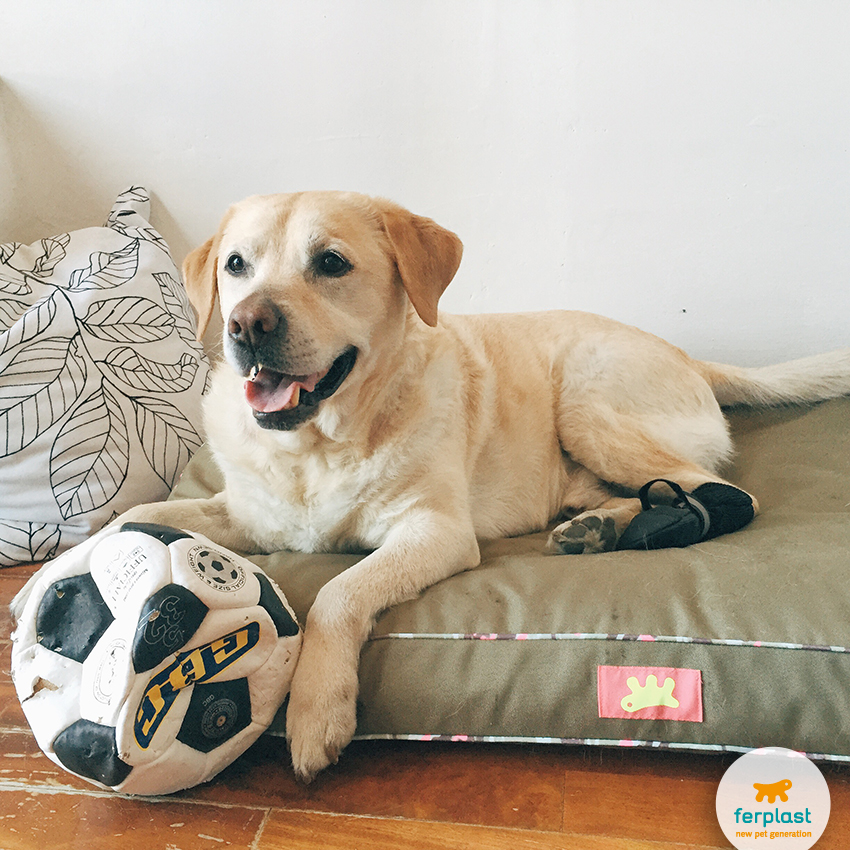 How did the two of you react? Did you start using doggie shoes immediately to protect the wound?

After having undergone a series of treatments, Balù seemed to have healed just fine, but just when Federico and I were sure we could stop the treatments, he would start gnawing at his paw again. In the end, we decided to have him operated on to remove the offending nail completely. I have to say that Ferplast’s doggie shoes literally saved his life during this post-operational phase! The shoe was super protective both because it stopped him from taking off the medicated bandages and because it stopped any water or dirt from getting to the wound. I couldn’t have asked for better protection for him! Not only, but I can wash them in the washing machine and they come out like new! 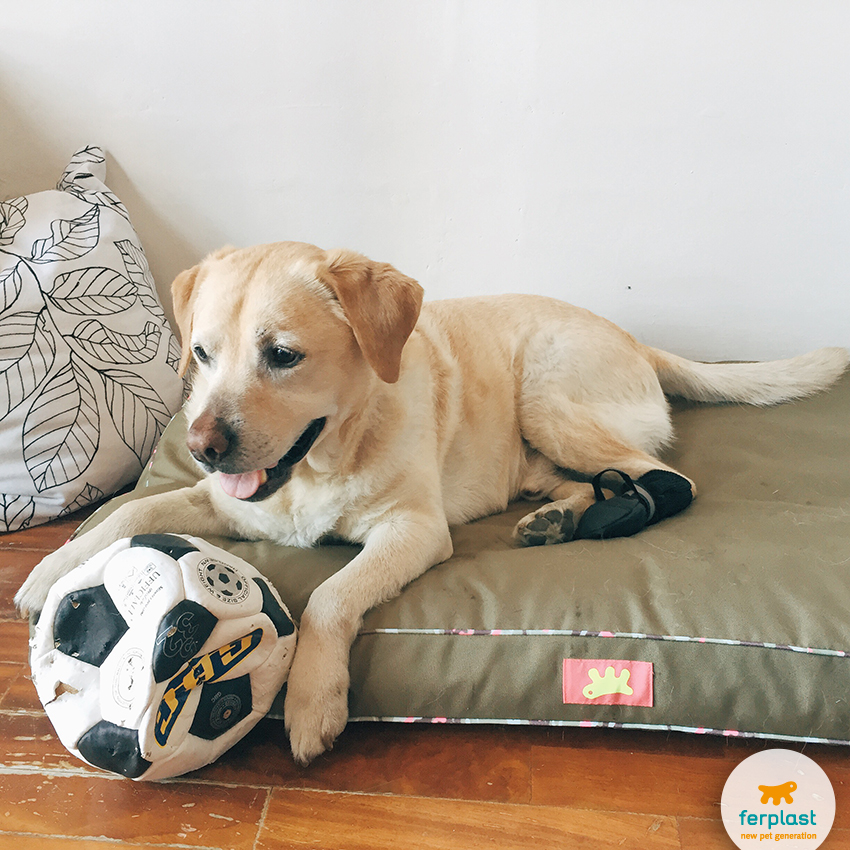 You have another Labrador. Does Balù get along with her?

Dora is a chocolate Lab. She’s three years old and she’s the baby in the family while Balù is an eight year old golden Lab Retriever. They are not related but they act like they are! Dora adores him and they play together all the time, and sometimes they even lie right next to each other on their pillow at night. We love Ferplast’s Polo because it’s made of technical material and doesn’t scratch. I have to admit that Balù has a great time when Dora’s not around, especially playing with Federico, my boyfriend. He absolutely adores him! 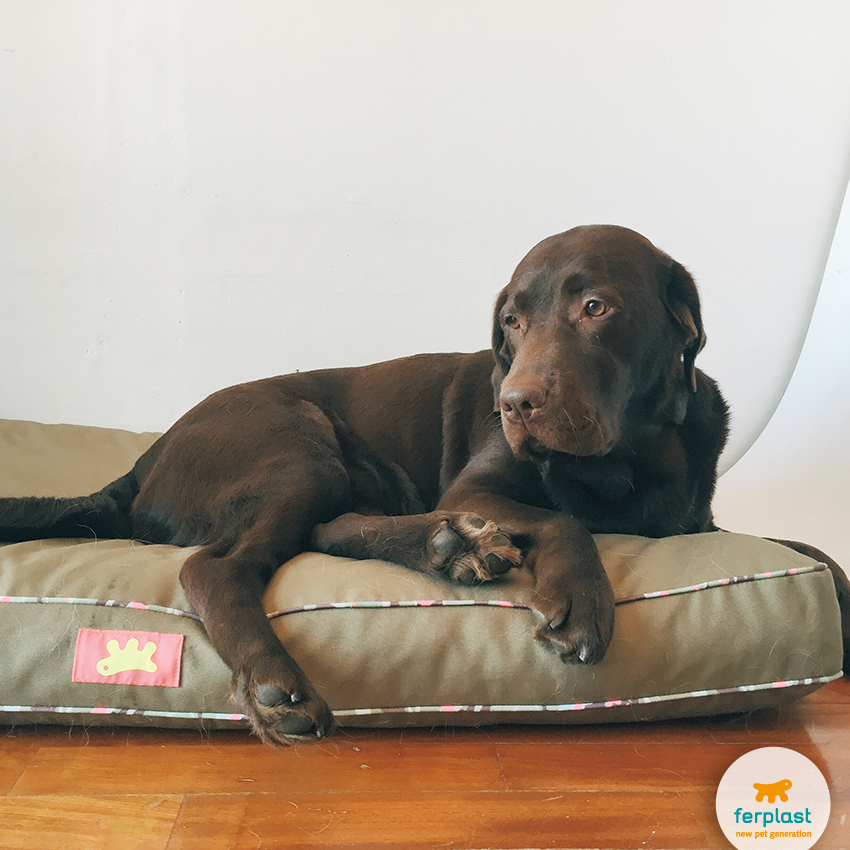 You have a very busy job. How do you manage to take care of two dogs too?

I am often away from home on business for my blog, but I know Dora and Balù are just fine because Federico is there to take care of them. I have recently become a 2016 Ambassador for Purina Por Plan thanks to my love of animals. When Federico is not home, my parents are always willing to lend a helping hand, so I feel very lucky. Labradors love company and being around people, they need a lot of attention so I spend as much free time with them as I can. I love taking them for long walks, they love the sea and I took them there just the other day! 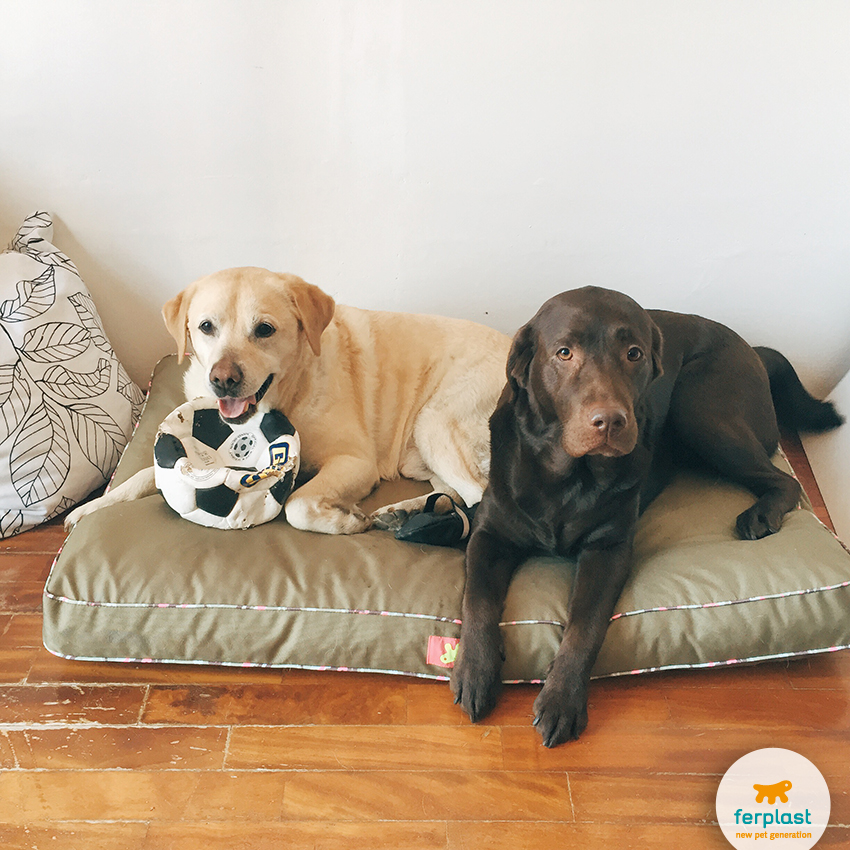