TV, glossy magazines and postings on every sort of social network are filled with pictures of the dogs and cats of famous personages and, it would seem, very few are immune to the charming company and love furry pets can provide, and that includes fashion designers. So let’s get to know the warm and loving animals the most famous stylists have fallen in love with.

Pampered, spoiled and even envied, the pets that live with fashion designers are sometimes very real celebrities in their own right and aside from being a source of inspiration for a variety of fashion  collections they are often the stars of their adoring owners’ advertising campaigns.

So who are these pets? The reigning queen of them all is Choupette, the white Burmese with the long hair and eyes of ice Karl Lagerfeld fell head over heels in love with. He himself has admitted his cat is his muse and has therefore – surprise surprise – made celebrity appearances when his recent collections hit the runway. But there’s more… the feline has a capsule collection of bags and accessories and a line of make-up named after her, she is the star of a book and has even appeared in a variety of advertising shots and campaigns. Needless to say, a cat like this also has a vast and adoring following on an array of social networks! 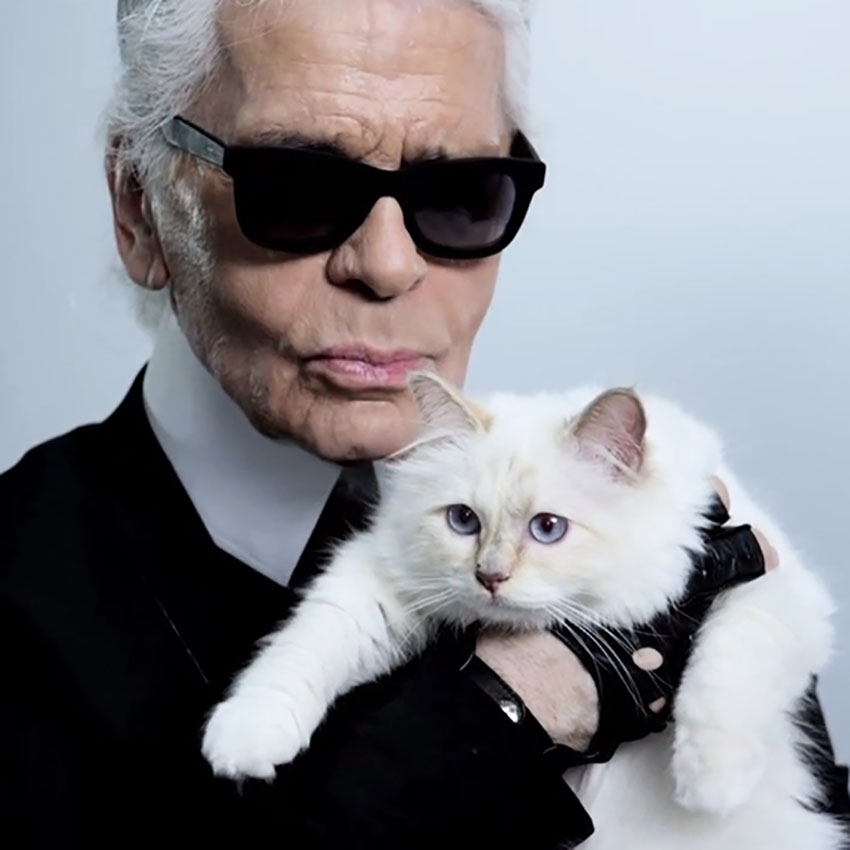 Giorgio Armani is another cat lover and has willing participated in campaigns against the abandonment of animals. He lives with two Scottish Folds, a black 13 year old cat called Angel and a younger one named Mairi, who has flat ears and incredibly soft hair. These two share the home of King Giorgio with a third feline, Charlie, a lovely Persian. 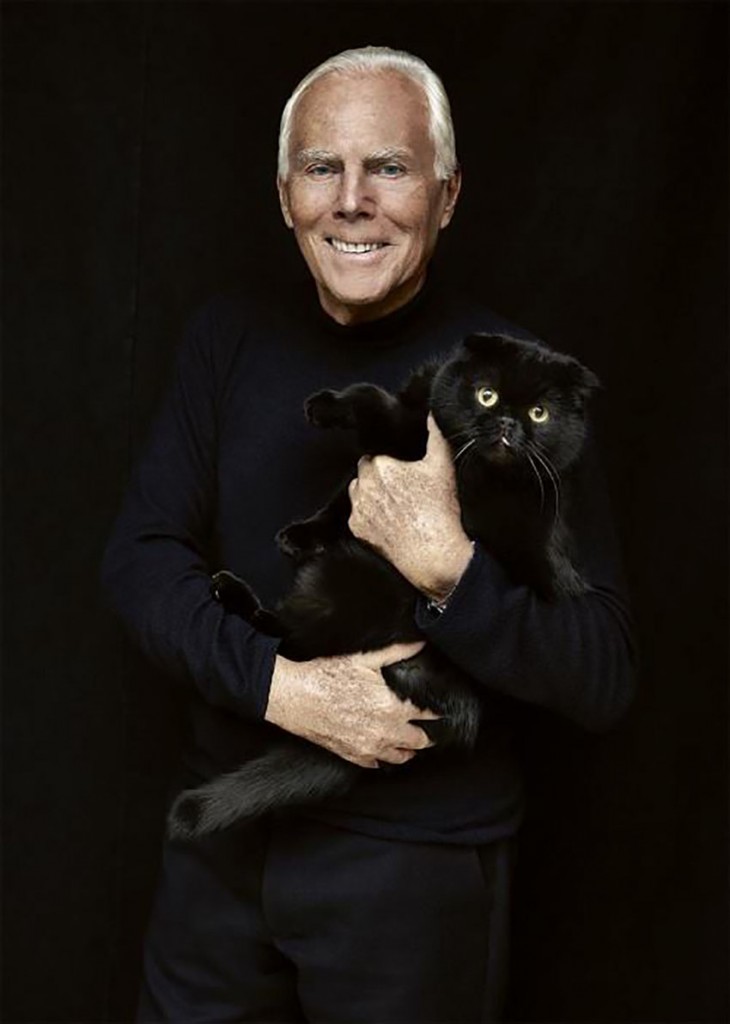 Do you know Audrey? She’s Donatella Versace’s very fashionable Jack Russell, a real trend setter you can follow on Instagram travelling the world with Mom, hopping from one fashion show to another, from gala dinner to exclusive events. She’s tireless! 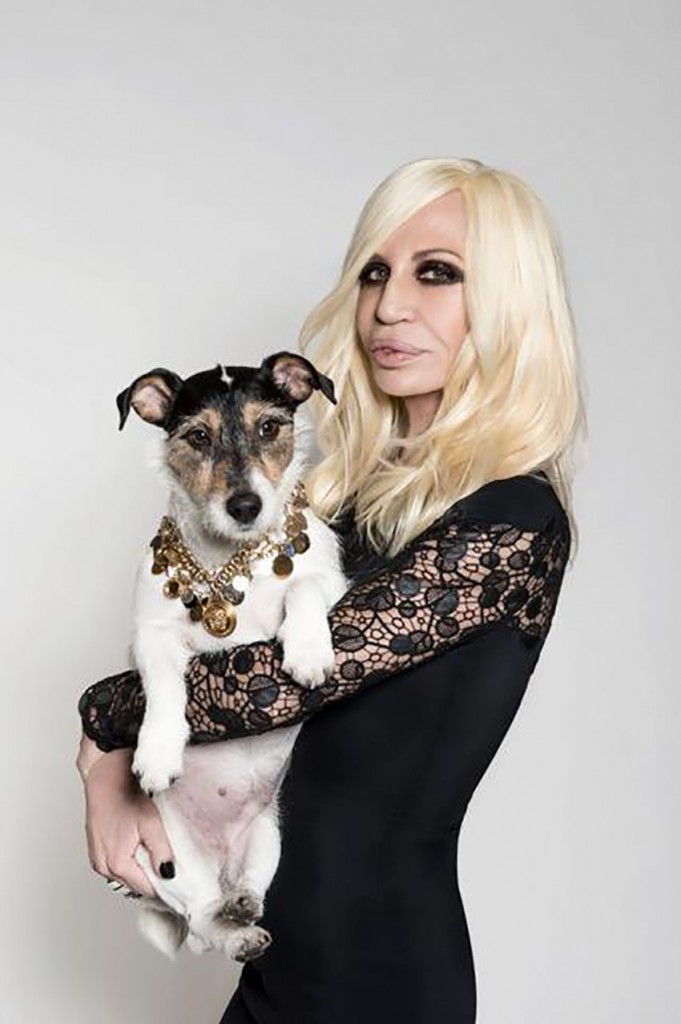 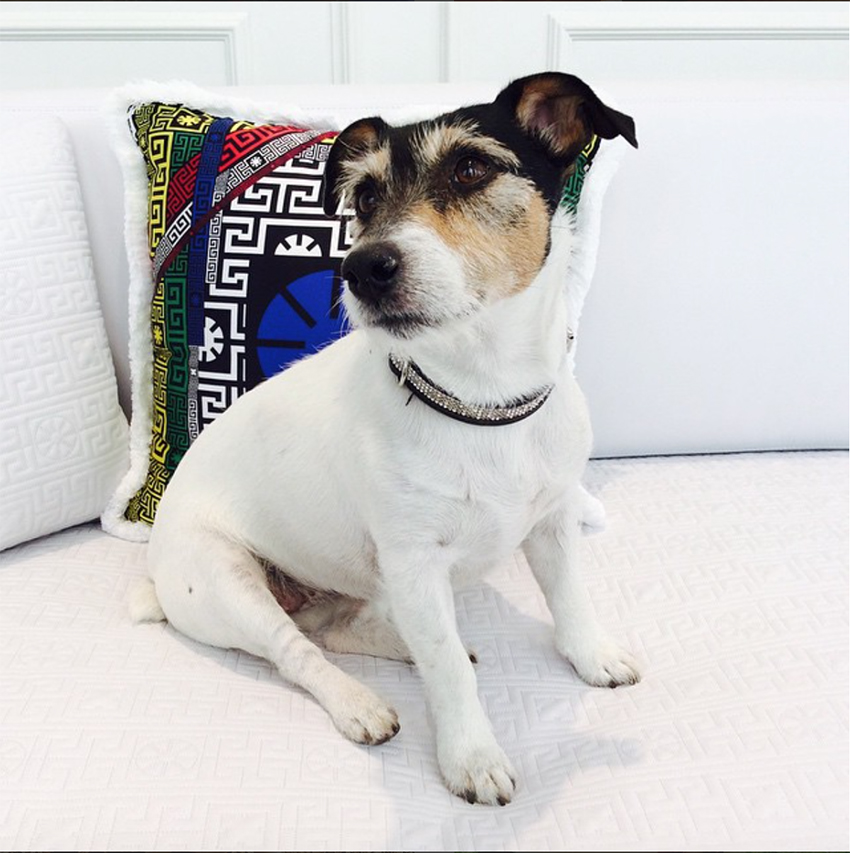 Valentino is one of the most famous names in the world of haute couture, but his great passion, after fashion, is his adoring and adorable little pug Molly and her offspring Milton, Monty, Margot, Maude and Maggie. They are Valentino’s shadow and he makes sure they always have everything they need. They are so important, in fact, that they made an appearance in the poster for the film The Last Emperor, which was dedicated to him. 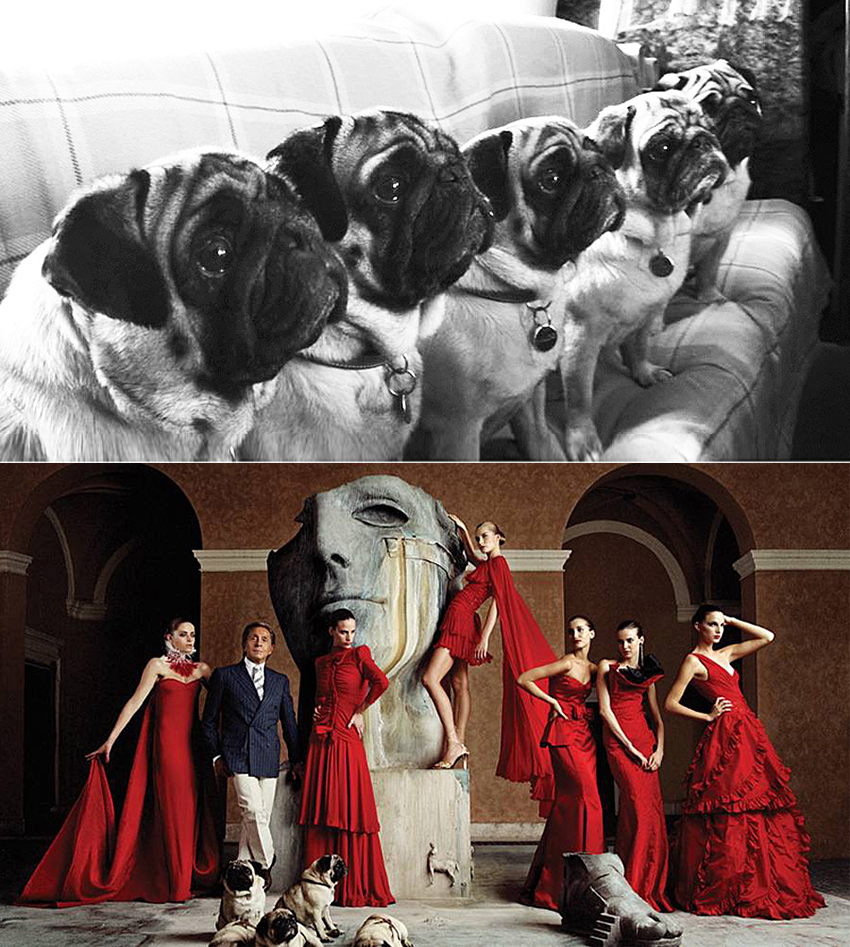 The Sicilian duo Dolce and Gabbana also have an extended family. They live with two Bengals named Zambia and Congo, and three Labradors: Mimmo, Rosa and Totò. Last spring, the city walls of certain world fashion capitals were graced with cartoon graffiti featuring the two designers with their pets, a green campaign aimed to underscore the value of family. 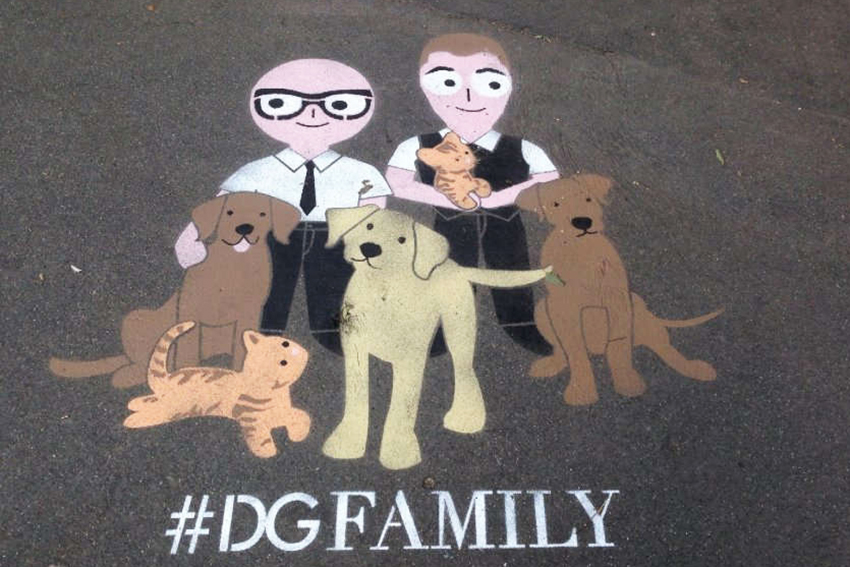 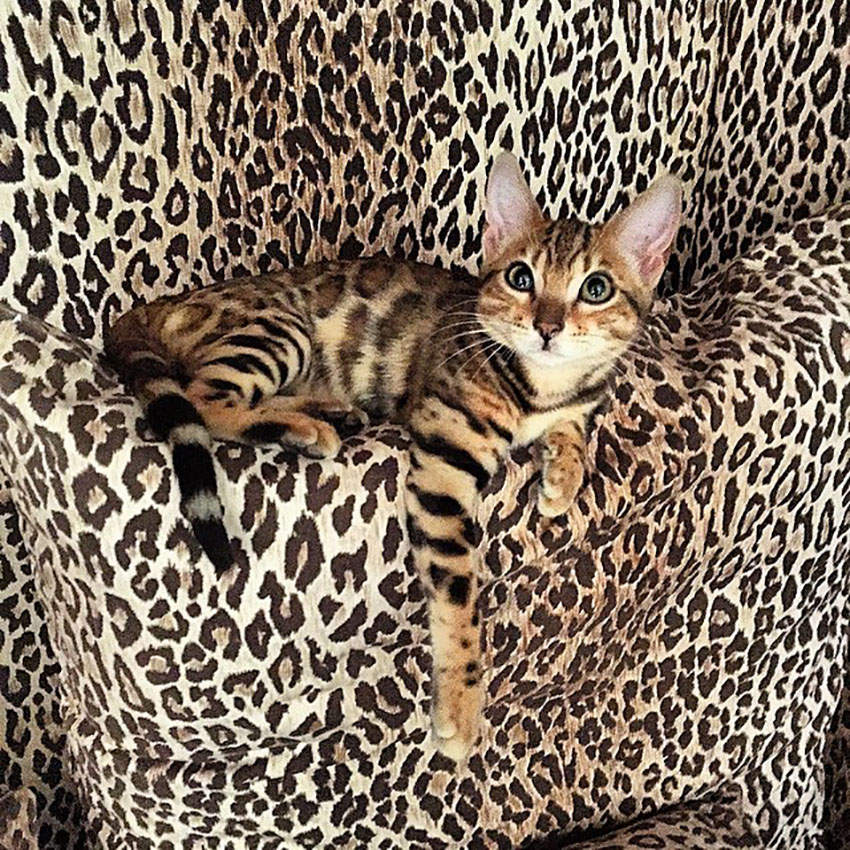 Even Neville, the Bull Terrier owned by Marc Jacobs, is keeping up with his colleagues, starring in I’m Marc’s Dog, a recent photographic book containing more than 200 pictures portraying his daily life, a book the stylist obviously dedicated to the dog. 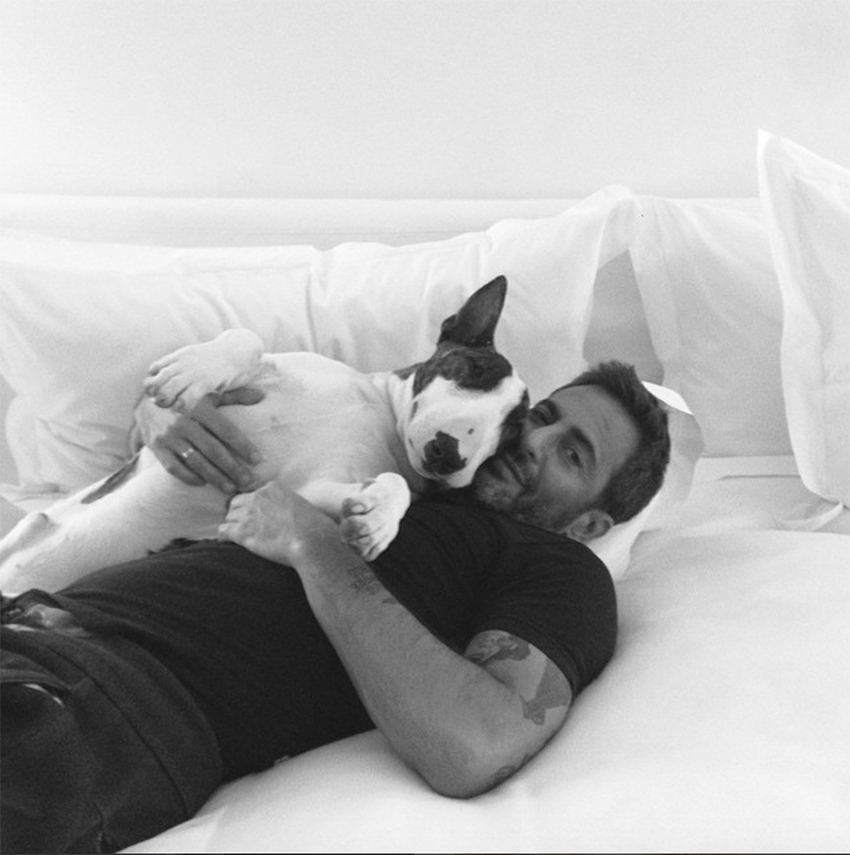 We’re willing to bet that, their fame and popularity notwithstanding, these pets all have something in common with our own beloved four-legged creatures… they too crave affection and need a whole lot of love and cuddles every day!