KITTY, KEEP YOUR CLAWS OUT OF THE SOFA!

We’ve often talked about how cats love to interact with the sofa, pillows and curtains hanging in the house. Scratching our expensive armchairs is a game to them, a pastime, not some sort of rebellion against us. But what can we do to stop them from ruining the furniture?

One of the main reasons cats scratch sofas is to ‘do their nails’. Their claws grow concentrically, that is, from the inside outwards, and they get rid of the oldest layer by scratching surfaces. And to keep them nice and sharp and ready to use on whatever prey, they need to ‘file’ them often.

Scratching is also one of the ways they mark their territory, both visually and by leaving behind their particular odour. Their paw pads have glands that release pheromones and cats use this method to tell other cats that the territory is theirs. 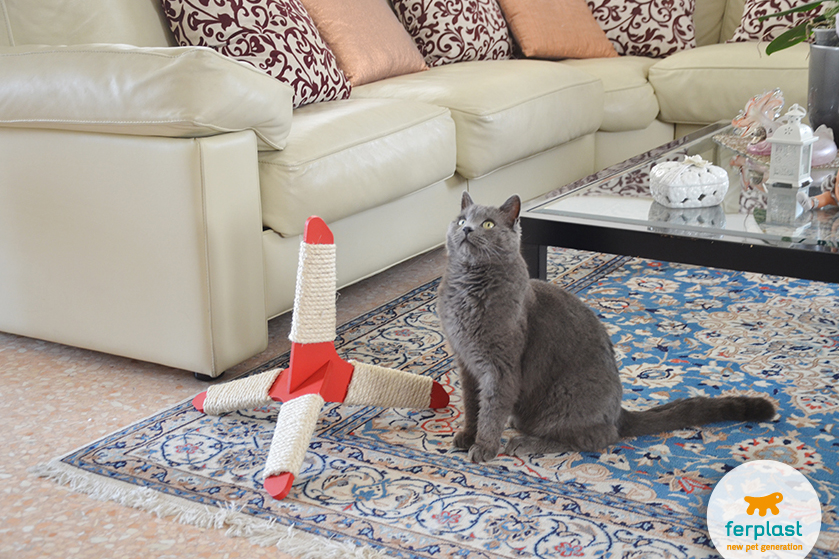 The only way to convince the cat not to ruin our furniture is to provide him with a scratching pole. The brand new TRIPOD is perfectly suited for this and comes in two sizes, standard with a light wood colour and small, which comes in red. They have an original shape that looks a bit like a star, a four-surface sisal-covered wooden structure ready to be scratched. It doesn’t take up much room and is ideal even for small spaces. 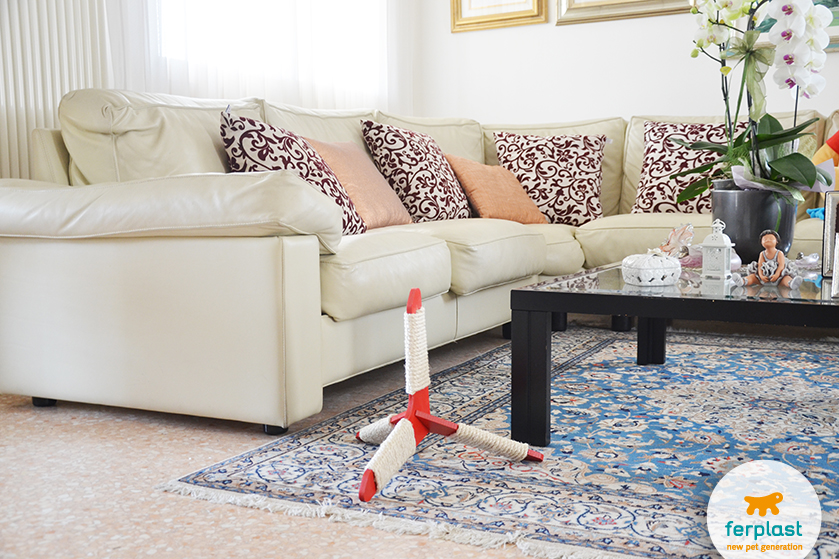 HOW TO GET THE CAT TO USE THE SCRATCHING POLE:

Sure-fire methods, effective even with the most stubborn of cats!