AND IF A NEW PET COMES TO LIVE IN KING KITTY’S HOUSE?

Aristocratic, independent and a bit stuck up… anyone with cat knows who rules the kingdom. But what if we want to have another pet, a dog, say, or a canary? How to manage cats living together, or with other animals?

Cats are territorial, solitary and predatory. Getting them to accept the arrival of another pet – be it another cat, a dog, a bird or a rodent – is not easy. This is why it’s very important to have a plan to ensure the correct socialization, and be aware that this make take quite a bit of time!

New animals should be introduced into the household gradually so that the reigning cat’s space and needs are not upset. Every hint of a new pet is a reason for upset: what will hopefully soon be a new buddy, is still seen as a dangerous intruder. And he’ll manifest his discomfort with the new situation by becoming aggressive, being depressed, leaving home or stopping eating.

Here are some basic rules to ensure cats live happily together among themselves and with other types of animals:

Here are some specific bits of advice.

First of all, if we intend to bring a new cat into the house, and especially if this new cat is adult and of the same gender, then we need to steel our resolve because it will take time before they settle in together, sometimes even months. Secondly, make sure the introduction is gradual. Don’t force them to be in the same room and don’t keep the new cat in your arms, he needs to deal with the reigning cat on equal terms. When you leave the house, and if they really don’t get along, keep them in separate areas so that they don’t go into full-out battle mode in your absence. 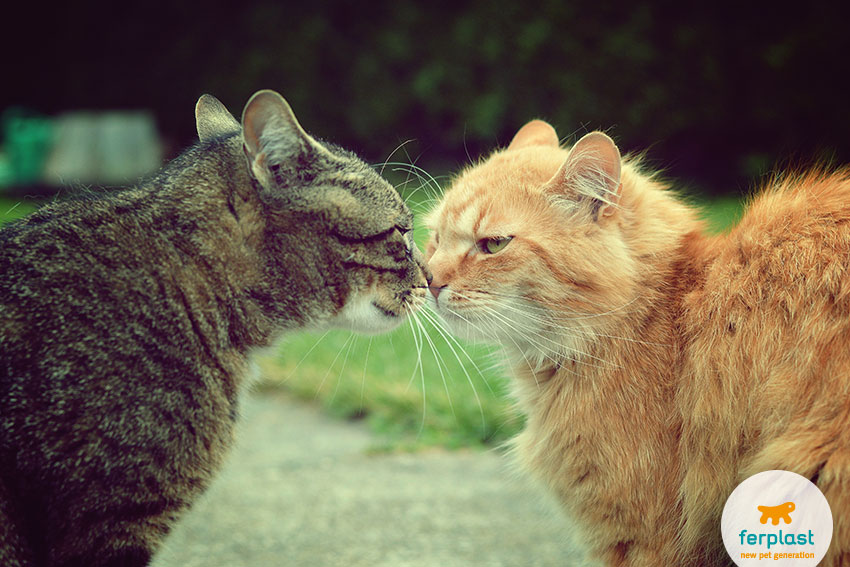 DOGS AND CATS LIVING TOGETHER

If it’s a puppy you’re bringing home to the King, make sure the latter is not frightened of the puppy’s vivaciousness. They should meet when the dog is on the lead. Let the cat get to recognise the new smells while the pup is in another room and can’t interfere. Their friendship will work if the canine is not too invasive. Teach him to respect the cat from the very start, and to stay calm around it, because it’s nigh on impossible to teach a cat to get along with an over-active ball of canine fur!

Cats are predators by nature. It’s very hard to teach them not to see rodents and birds as prey, especially if they run away from him in fear! Cats don’t just hunt to feed themselves, they do so because it’s fun. So make sure that all contact between these species is carefully supervised. And when you introduce them for the first time, it’s a good idea to leave the cage closed so that the cat can sniff around it and watch the new ‘cousin’ without being able to harm it.

Obviously, if the animals are all very young, especially kittens and puppies, getting them to live peacefully together is effortless. It’s when they’re grown adults that it becomes a real challenge! 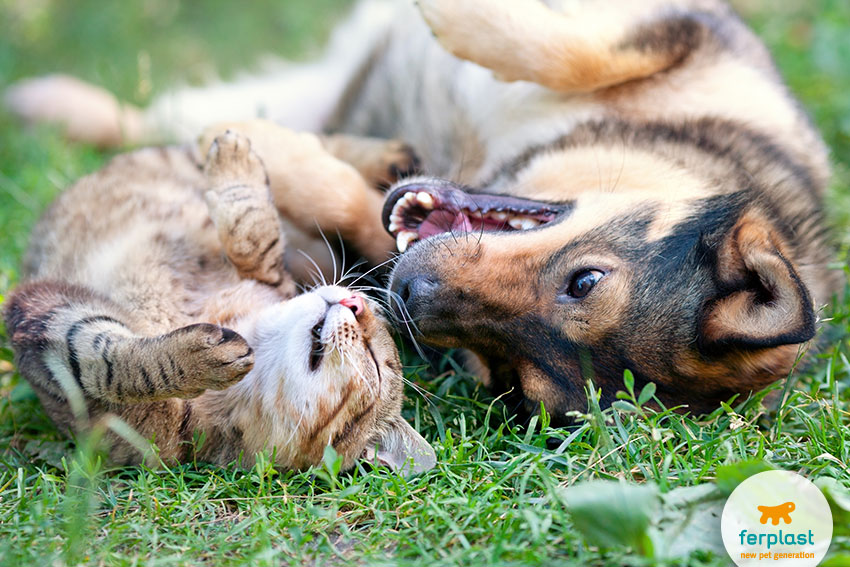