A WHIRLWIND IN THE HOUSE: JACK RUSSELL

Not exactly the ideal dog for the sedentary-life enthusiast, the Jack Russell is a small but very active volcano of a dog that is always ready and willing to play. That said, he does love to cuddle in on the sofa too, but only after having given vent to what seems to be inexhaustible amounts of energy. Take note: there are no recorded cases of Jack Russells that got tired before it was time to go to bed!

THE PERFECT DOG FOR ACTIVE-LIFE ENTHUSIASTS

The Jack Russell belongs to the Terrier group and is a perfect exponent of its breed: full of energy, lively and always in motion, this little dog is nothing less than a whirlwind. His character is such that he is always on the lookout for things to play with and is a willing partner in any activity we might propose, from Frisbee to fetch, looking for lost items, coursing and, of course, agility. Anything you want to do, he’ll do it with you. He’s a great hunter too, and any animal moving about within his striking range should watch out! Snow, rain, wind, thunderstorms… nothing stops him!

Strong, hardy and inexhaustible, the Jack Russell is also a social creature: he needs the love of a family and to feel he belongs to it. He’s not just an inexhaustible work dog, but he’s smart and sensitive too, so much so that he picks up on his owner’s moods and will act accordingly. Being very much a family-dog, if he feels excluded or left alone, he can easily become disrespectful of things, destroy objects. So it’s best to give this little pasha all the love and cuddles he deserves. 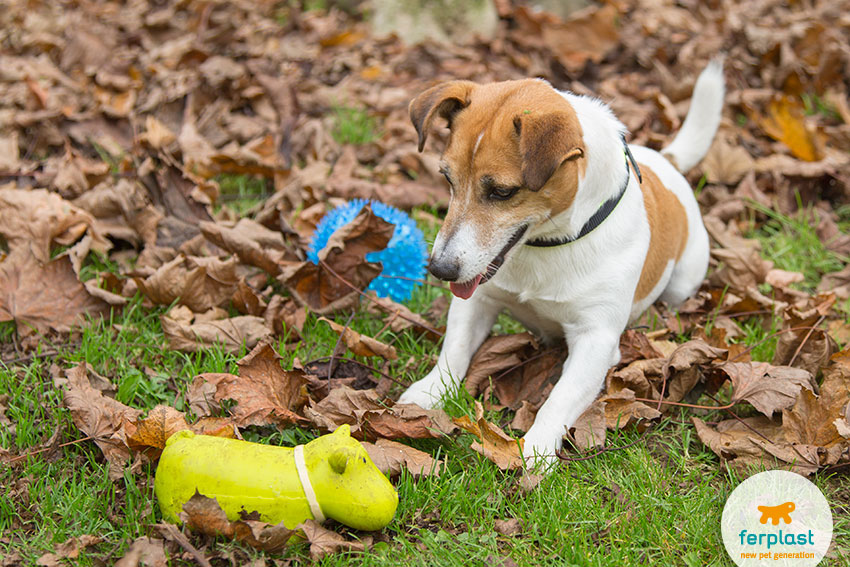 JACK RUSSELL, CHILDREN AND OTHER ANIMALS

Although he is small and friendly, don’t underestimate his temper. He’s bright and intelligent and, little devil that he is, he is also a dominant member of the human family that takes him in, ignoring any larger dogs that may also live there (his nice side only shows up with other dogs once he’s taught them that he is the boss here, not them, and don’t dare take his toys or he’ll never be your friend!). For this reason, it is a good idea – right from the start – not to let him take over completely, and to establish a hierarchy he can grasp.

If Jack shows he can accept you as his point of reference, then he will accept and live peacefully also with young children, and not get grumpy when he’s treated with less respect and tenderness by them. Having a highly tuned hunting instinct, it’s a good idea to let him socialize with the other animals and with the toddlers as soon as possible so that he gets used to recognizing them as part of the family too, and not as prey or pesky intruders. 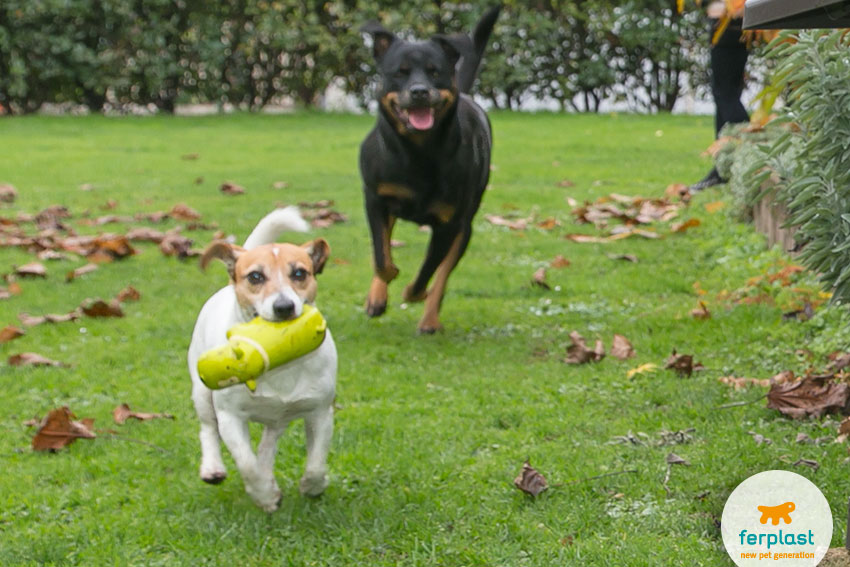 HISTORY AND NOTES ON THE BREED

How many types of Jack Russell are there? If we ignore the Parson Russell Terrier, which is the “long-legged version” of the Jack Russell, they have been carefully selected by hair type: smooth, broken (bristly body hair but no long hairs on the eyebrows, chin, above the lip or on the paws) and rough, that is with a bristly hide and all the previously mentioned long hair.

It was this selection process that also led to Jack’s exuberant and feisty nature. In the early XIX century, a British parson named John Russell – Jack, to friends – with a passion for the hunt began to select dogs that could follow prey and dive into their burrows. And, in fact, his “cylindrical shape” is ideal for this purpose. Two varieties came from this selection process: the Jack Russell and the Parson Russell, so-called in honour of the parson.

Although he does tend to be courageous and dominating, there are times that Jack can prove to be a real scaredy-cat, and he can also be quiet and submissive. This double nature is completely normal seeing as, smart as he is, he does what behooves him. 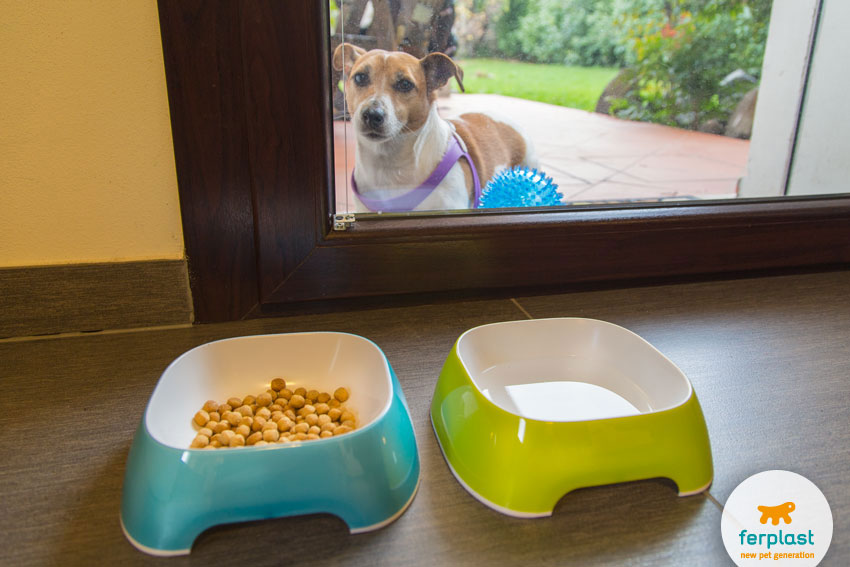 So if you’re looking for a really warm and affectionate, yet lively and energetic buddy with whom to share your days out of doors, Jack Russell is the ideal choice. The important thing is to keep him active and stimulated, and give him the right amount of attention. And remember, treat them gently. They are very smart dogs and you don’t have to use harsh modes or tones to let them know when they’ve gone too far. When dealing with Jack, firm yet gentle is the way to go. If you learn to respect their exuberant (and adorable) ways, Jack will repay you with endless amounts of love and, yes, respect. 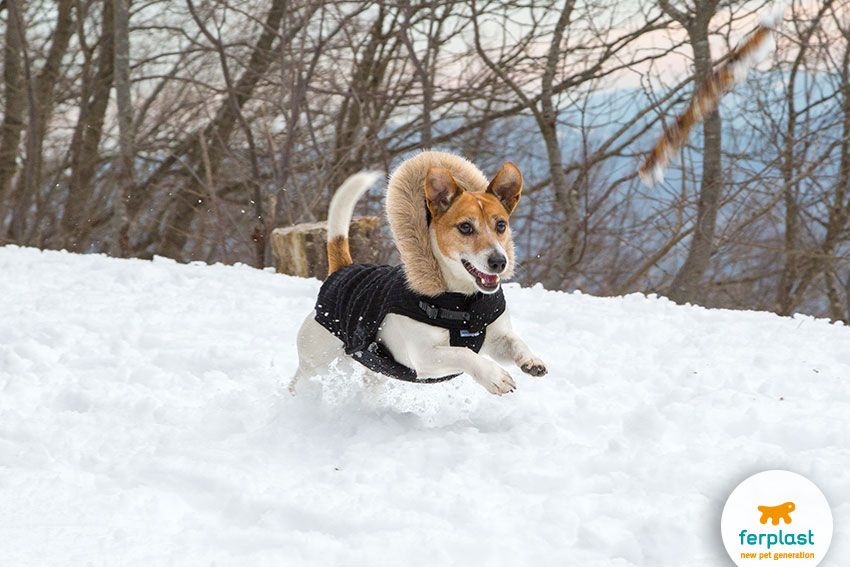