HOT TO TEACH YOUR RABBIT TO USE THE LITTERBOX

Calmer than a dog, more independent than a cat, bunny rabbits can be left free to jump around the house. Believe it or not, even rabbits can be trained to go potty in their litterbox. Build it and they will come!

First of all, you must install the litterbox, possibly more than one. At first, place a few around the house, then cut them down until only one is left, perhaps inside the rabbit’s cage. The rabbit litterbox must be filled up to a few centimetres with recycled paper pellets or synthetic grass – you won’t need a lot of it, as rabbits don’t dig around like cats do.

To help your rabbit get used to the litterbox, follow these four steps:

It’s important to remember that the space available for your rabbit should be increased gradually, not in a hurry, giving him all the time he needs to study the entire house. Leaving him free to play in a very large space won’t help him remember where his litterbox is located, it will make him feel lost, and he will end up soiling your house. If he insists on going potty in a specific place, leave a litterbox in the exact point.

In any case, rabbits are very clean animals, and dislike soiling their living quarters. Be patient and you’ll watch them become potty trained in no time at all. 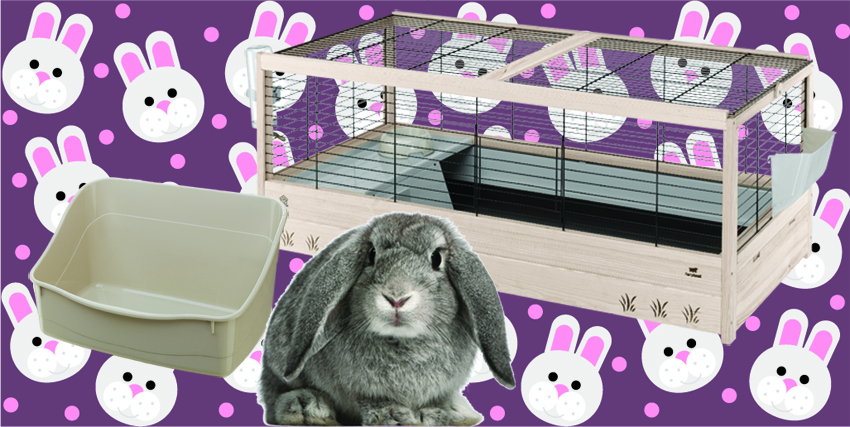