ADOPTING A HAMSTER? INFO ON SPECIES AND CHARACTERISTICS

There are plenty of hamster species in the wild, but only a few species are bred to live with us in our homes. Let’s find out about their characteristics and what sort of needs they have so that we can discover which one will best suit our needs.

THE MOST COMMON HAMSTER SPECIES 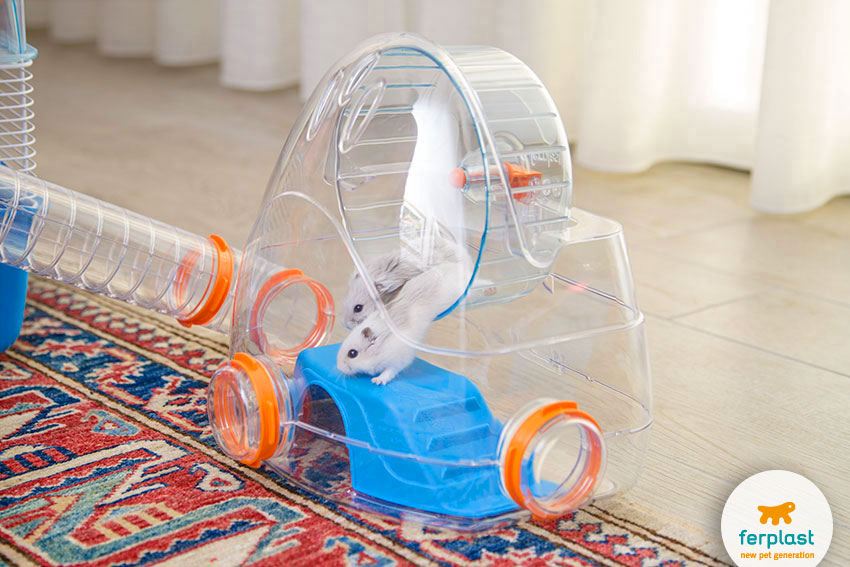 RAISING A HAMSTER: TIPS AND WARNINGS

Hamsters are quite easy to keep, all you really need are the right accoutrements and some knowledge of the basic rules. A healthy diet, for example, is fundamental to all animals, including hamsters. Being granivours, they mostly eat seeds, but in captivity their diet should not include overly oily or fatty foods (like sunflower seeds), which should be included in their diet with parsimony.

Hamster community life is not always sunshine and roses. On the contrary. Golden Hamsters tend to be rather argumentative, they like to fight. They are solitary creatures and, if they are kept in too close quarters, they get aggressive, sometimes with unhappy results. And they aren’t really made to live in pairs as a couple either, the female often ends up killing the male! So if you want baby hamsters, them bring the couple together just long enough to let nature take its course, in the evening perhaps, and somewhere that is not her cage as she may feel her territory is being invaded and become aggressive.

Other hamster species are more sociable, they enjoy company, but it’s always a good idea to stay alert. If you do have a number of hamsters, it’s best to have a nice big cage with plenty of little houses in it so that each can have its own space to live in and escape when attacked.

If you have decided to bring one home with you, Ferplast can provide you with a full range of cage sizes. If you want to give your child a hamster, the Décor line offers plenty of cheerfully coloured cages designed for males and females. Just remember, hamsters are not toys, they are living animals with specific needs and characteristics, and it’s up to you to teach your child to respect it and take care of it in the proper way. 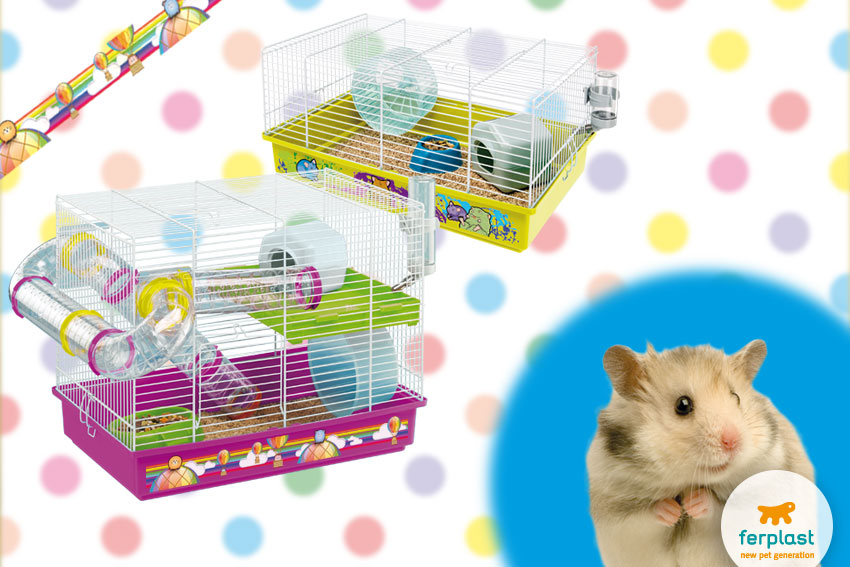