CHARACTERISTICS OF THE WHIPPET – THE FAST, LONG-LEGGED DOG!

Long legs, a proud and elegant gait, a plush stride… we are not talking about a supermodel but about a Whippet! This dog breed falls under the category of Greyhounds, being very common but not much talked about. If you are thinking of adopting a Whippet, here is a heap of information about this svelte pooch.

The Whippet, native to Great Britain, is often called a Greyhound, but this is actually just the category of the breed which, in addition to the Whippet, also includes the Afghan Hound and Italian Greyhound, just to name the best-known. 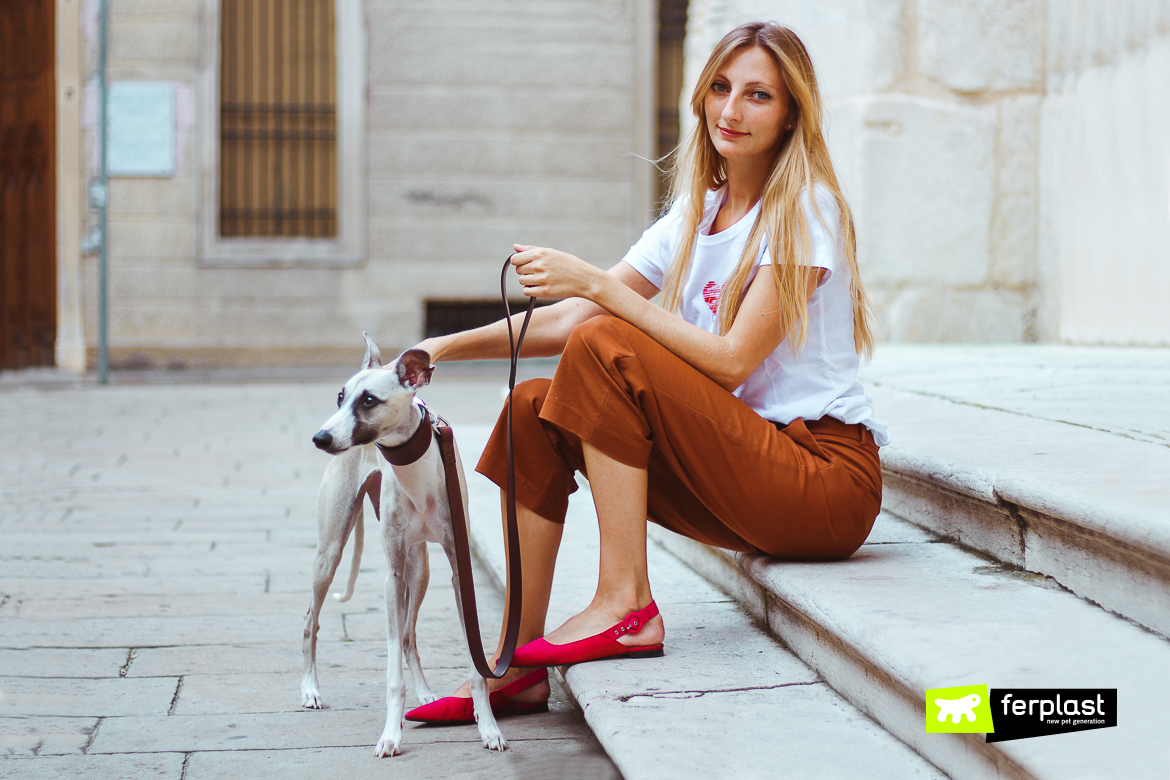 Physical characteristics of the Whippet

The Whippet is a medium-sized, slender dog with a well-developed musculature, immediately recognisable by its thinness and elegance. Females have a height of around 36-42 cm, whilst the males grow to 40-44 cm, weighing less than 20 kg.

Whippets have a long, thin head from which two small, rose-shaped ears emerge, occasionally pointing up and making our fury friend so adorable! The eyes are large and lively, resulting in a great tenderness able to melt even the hardest of hearts. Its tail is thin and is almost always kept down. The neck is very thin while the chest broadens significantly, so you either need to choose an adjustable harness or a collar with a very wide central section that gradually narrows towards the ends, just like the leather model worn by Vicky in these shots. It features a broad support surface on the neck and soft padding, so as to adapt to the particular anatomical shape of this breed. 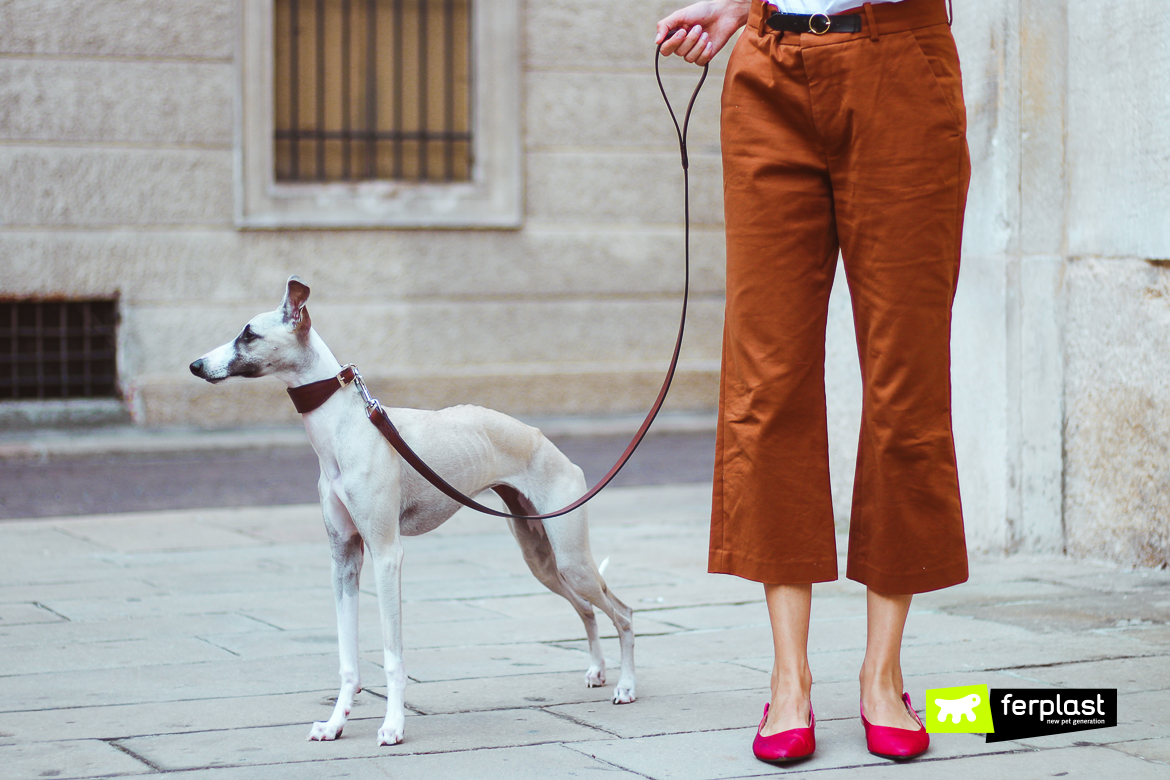 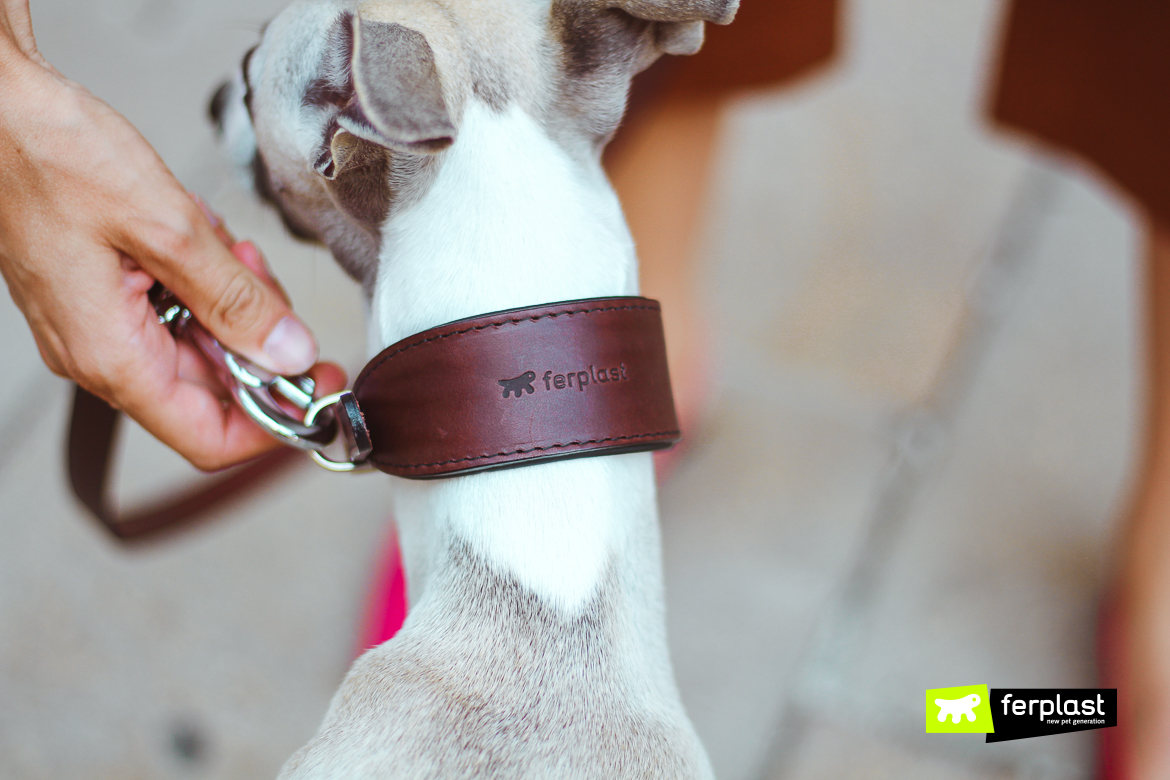 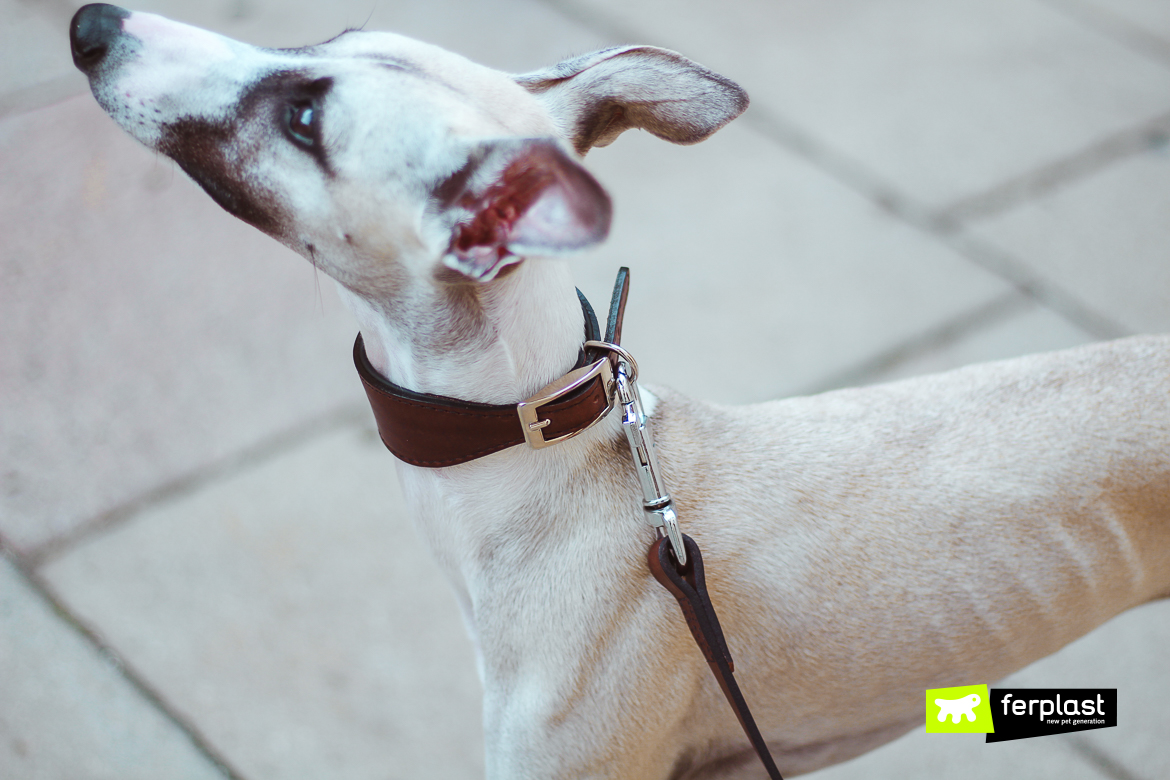 Despite being so thin, they are very strong dogs thanks to their long and muscular limbs that make them one of the fastest breeds in the world, able to reach 60 km/h! In addition to running, whippets are also great diggers, but one thing they hate is getting wet so avoid walking in the rain. This is because they have very thin skin and are thus very sensitive to the cold.

Speaking of coats, the Whippet has short, fine and very compact hair that can be a range of different colours: striped, two-tone with white, black and grey (even if it is called blue) or sand. 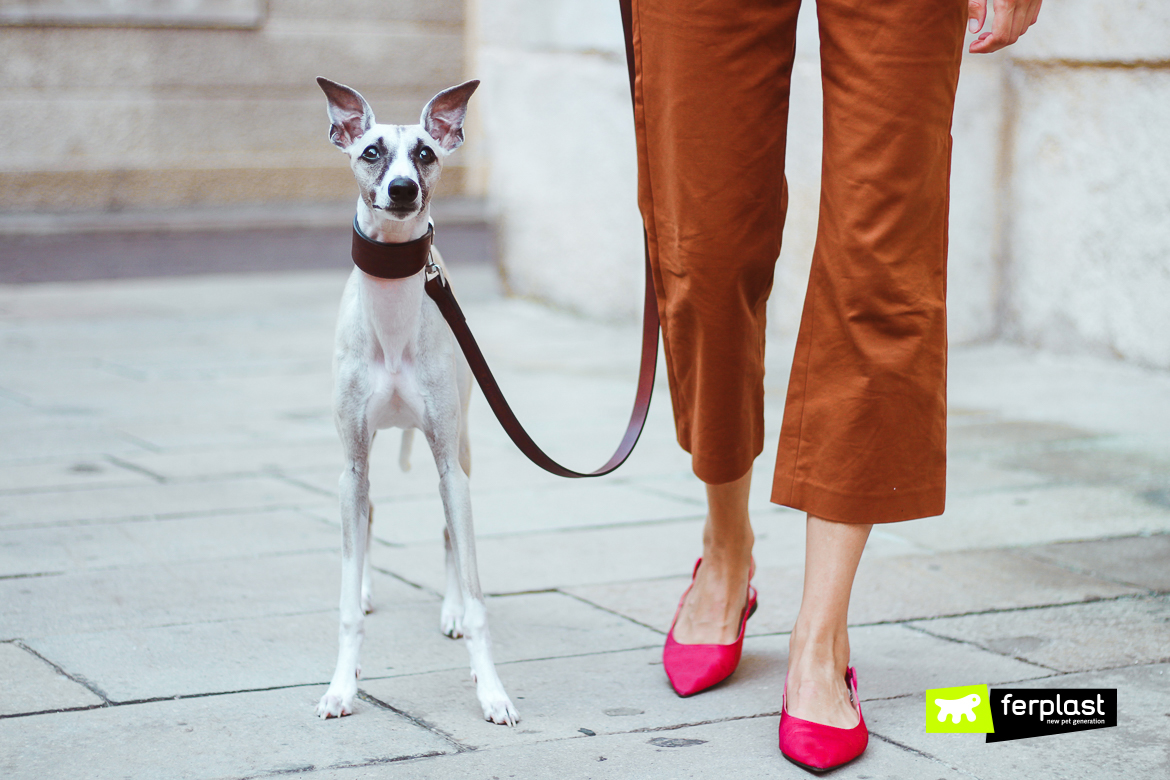 Character and behaviours of Whippets

Greyhound Whippets are very competitive by nature – whether it’s in a simple game with their master or another dog, they must be the first in everything! However, they are also very docile animals. Whippets can be left with children and the elderly without any problem. Indeed, they generally make friends with everyone quite quickly (although this still depends on the individual pooch).

These dogs are fascinated by everything that moves: insects, shoelaces, balls rolling and especially other dogs. Be careful with small animals, as they have a habit of chasing and trying to catch them! 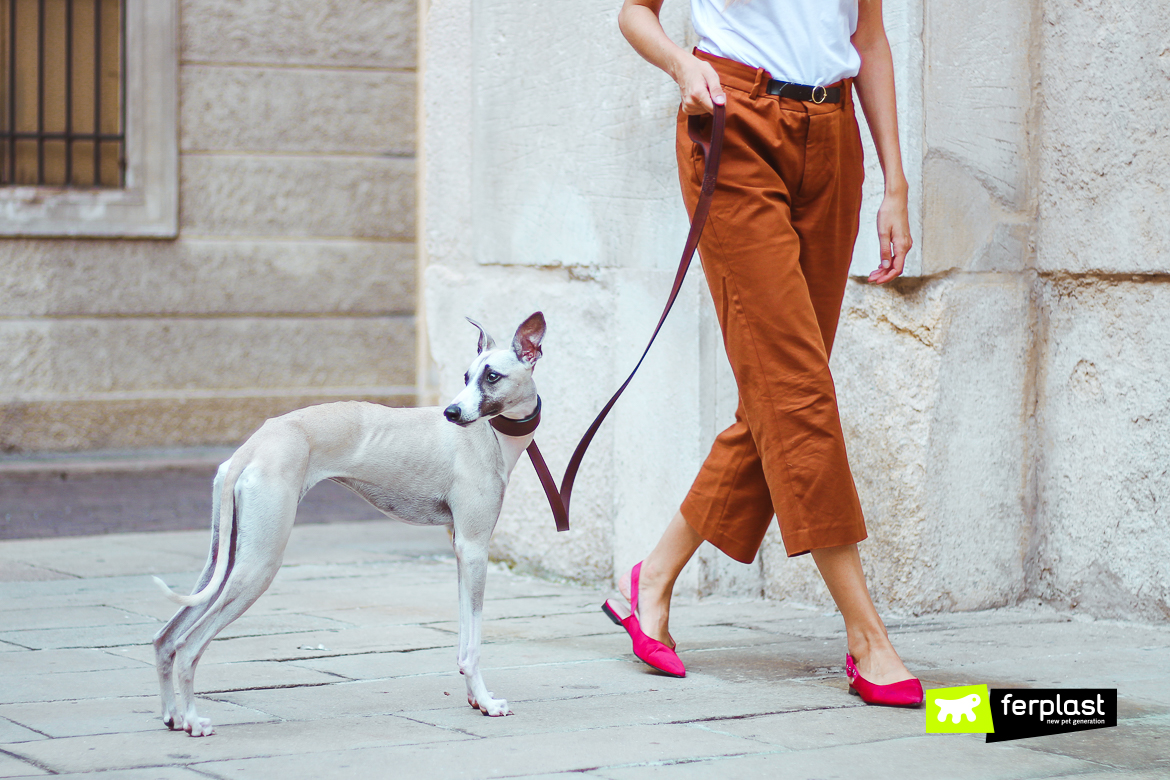 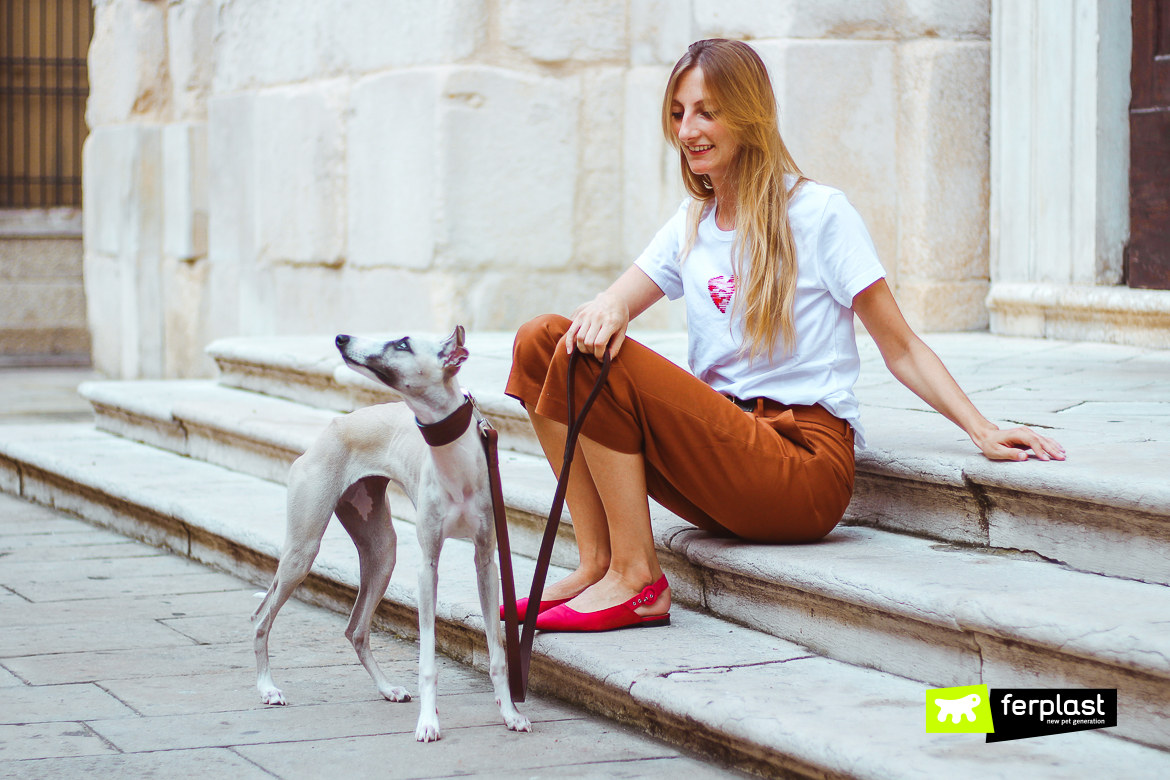 The experts say that the Whippet has a double personality: when it is inside the house, it sleeps a lot, spending most of its time as still as a statue, barking very little and being super clean, but when in a playful mood, there is no stopping them. All he needs is a little expanse of green to unleash his energy! Whippets are intelligent dogs, who would do anything for you so long as you know how to ask. 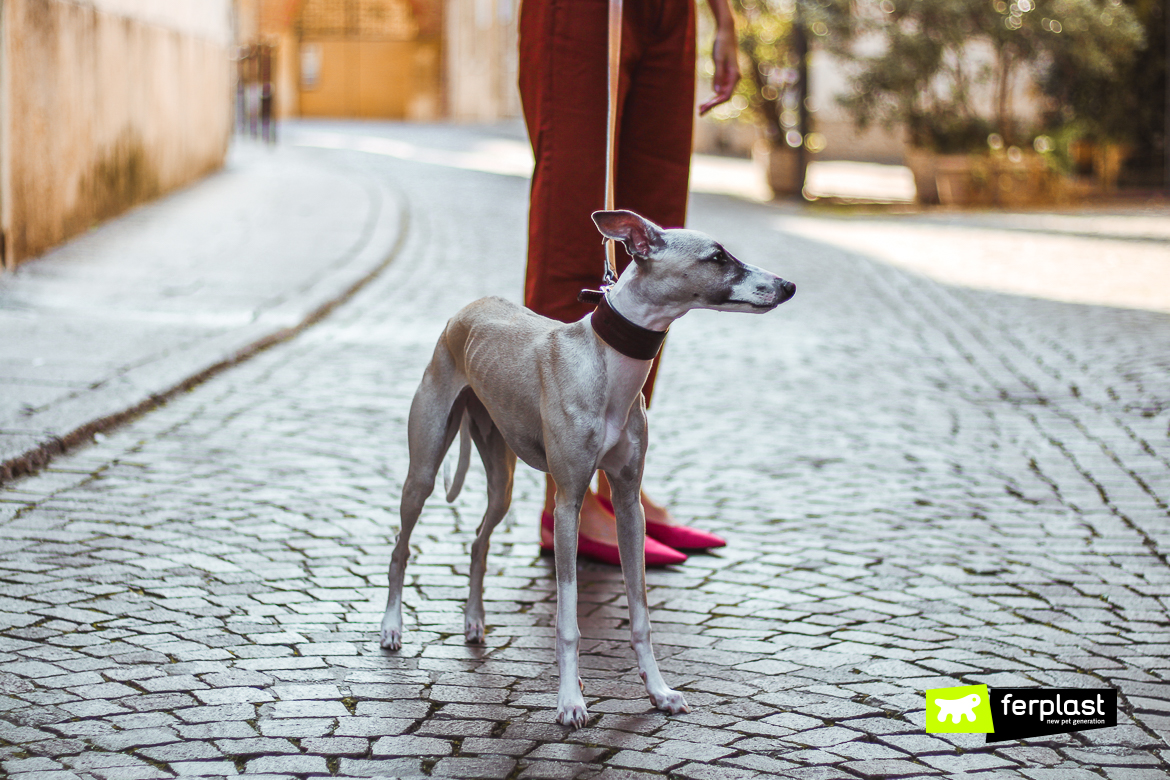 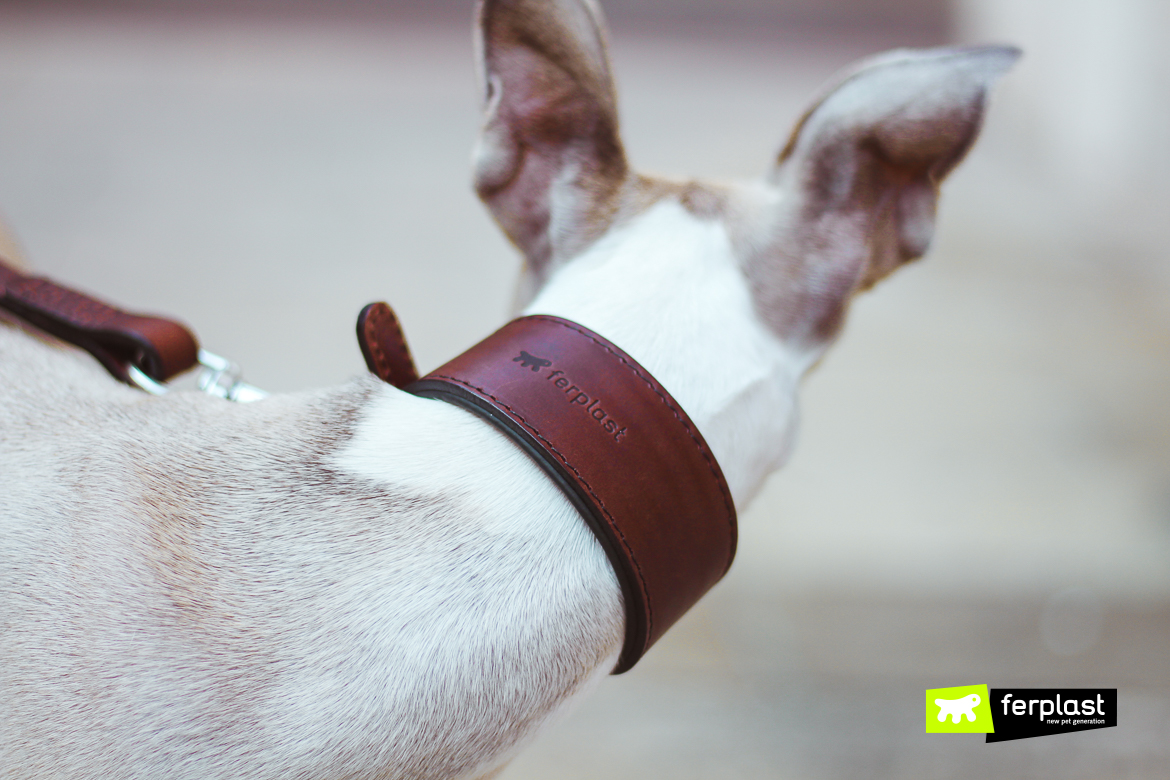 The Whippet is the result of a cross between the Greyhound and some breeds of like Terriers. The name “Whippet” comes from “whip”, used to make horses run faster. In many areas of England, the Whippet goes by the name snap dog (given its very short reflex reaction time), in a form onomatopoeia that recalls the snapping of a whip.

We are big fans of this dog breed that is sweet, elegant and cuddly! 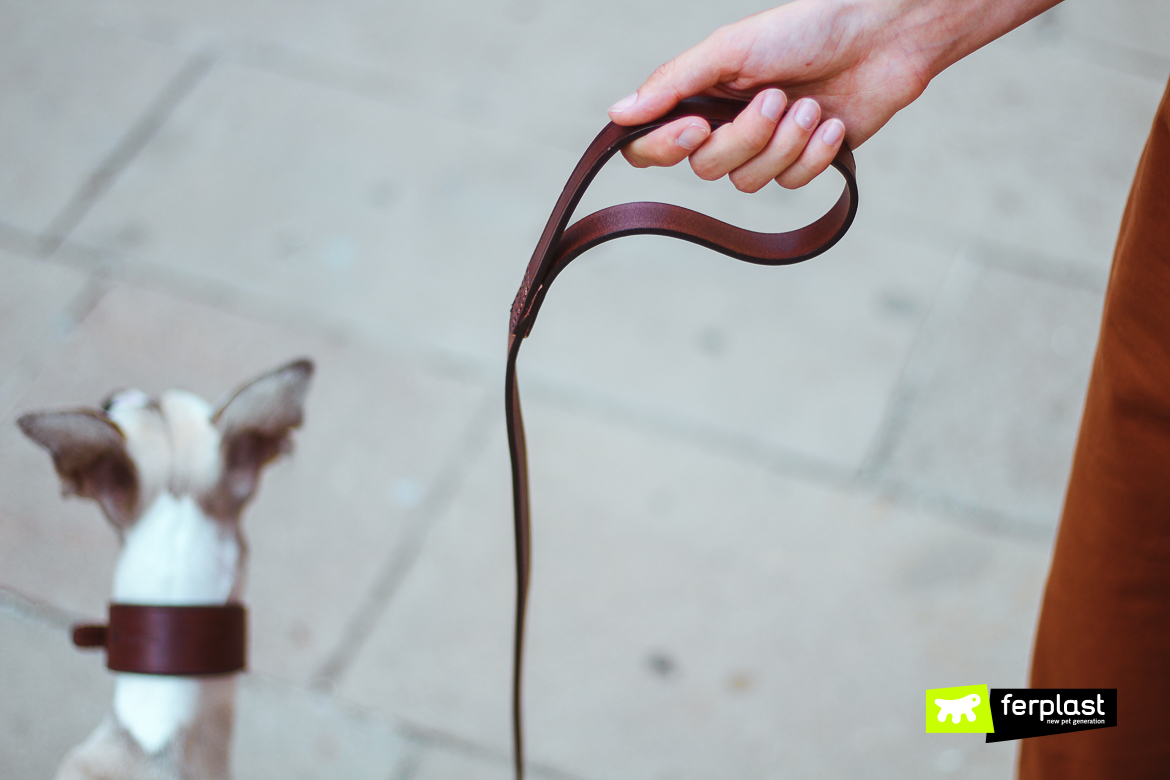 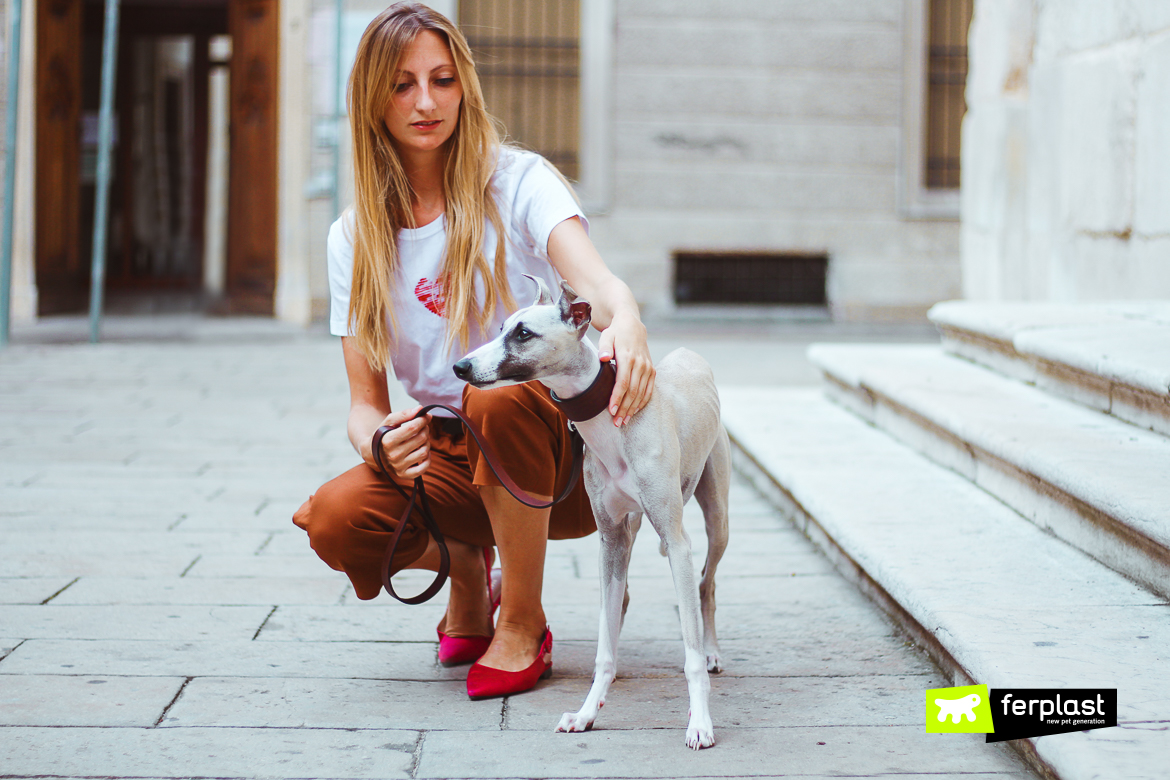