THE VARIOUS TYPES OF FERRET

Ferrets are domestic animals that have been accustomed to the company of humans for centuries. There are various types of ferret, which differ in size, colour and type of fur. Do you know all the different types of ferret that exist? Discover them now!

The ferret is a funny animal and although its dimensions may lead you to think the opposite, it is not a rodent, but a mustelid. On the subject of size, three groups of ferrets can be identified:

1. WHIPPET: the smallest of all the existing types of ferret and originally from the United States. Its distinctive trait is its small and elongated head.

2. STANDARD: the classic and most common European ferret, with a sinuous appearance and very fast in its movements, so much so that it was once used for rabbit hunting.

3. BULL: the largest of all the existing varieties of ferret. It has a wide head, a full chest and short legs. It is thought to have lived mainly in Northern Europe.

Size must always be taken into consideration when the animal is adult; furthermore, a female ferret tends to be about 15 cm smaller, including her tail, than the male of the same species. 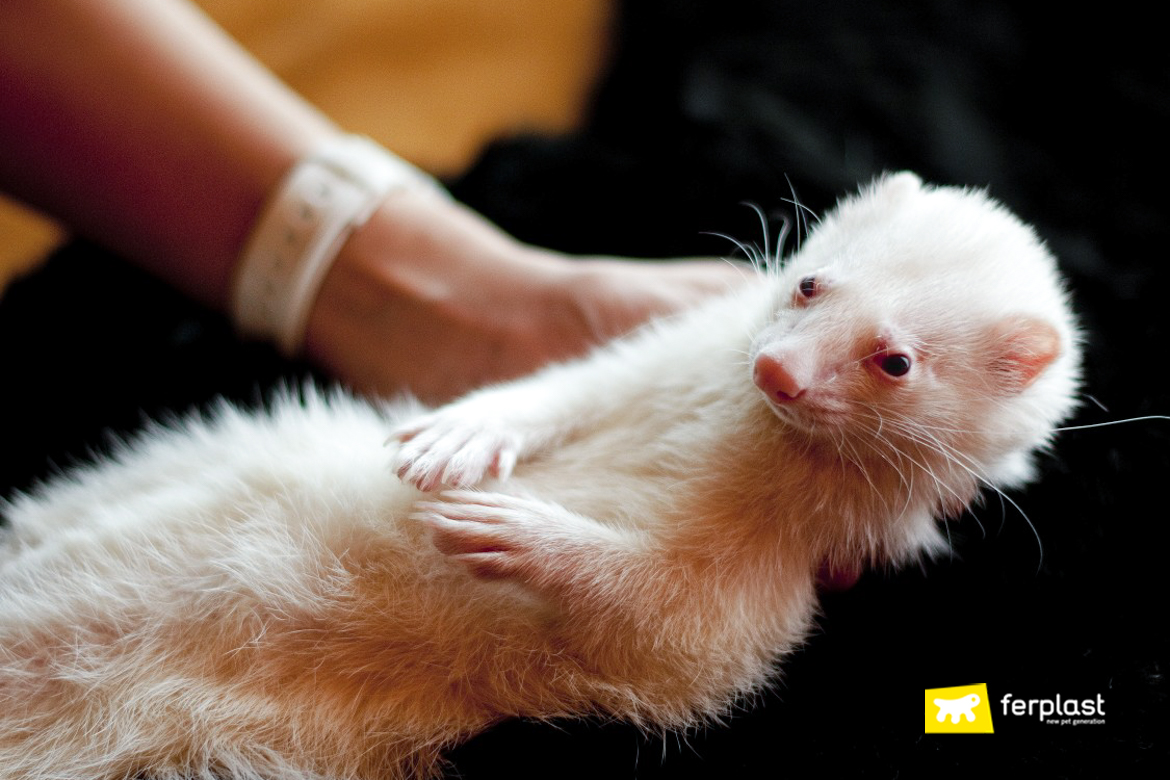 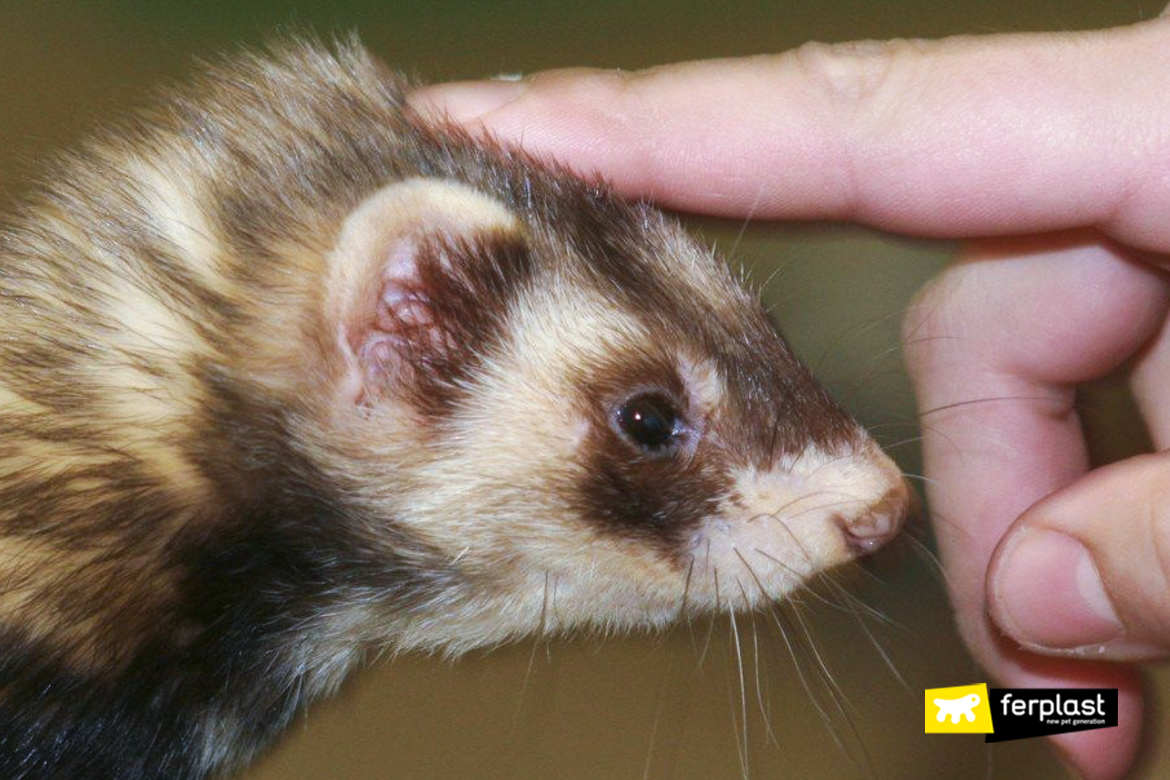 Ferrets can be classified according to the colour of their fur, by evaluating three parameters: the basic colour, the pattern of colour distribution and the mask. The AFA (American Ferret Association) identifies seven different colours and seven different patterns that are considered breed standards for ferrets. The subject would be much more complex – we have simplified it to help you understand better.

2. THE PATTERN indicates the percentage of concentration of the colour and therefore how the colour is distributed over our furry friend’s body. The patterns are distinguished as follows: standard, Siamese, solid, roan and self. Some have a body entirely of the same identical colour, while others have two colours, with nuances between tail, torso and legs.

3. THE PATCH or mask of colour, can be present in different ways: V-shaped, T-shaped, incomplete or can be completely absent. There are ferrets with white socks, others with a bib under the throat or with a flame on the head, while some have a completely white face and others have a coloured stripe running along their back, sometimes including their tail. 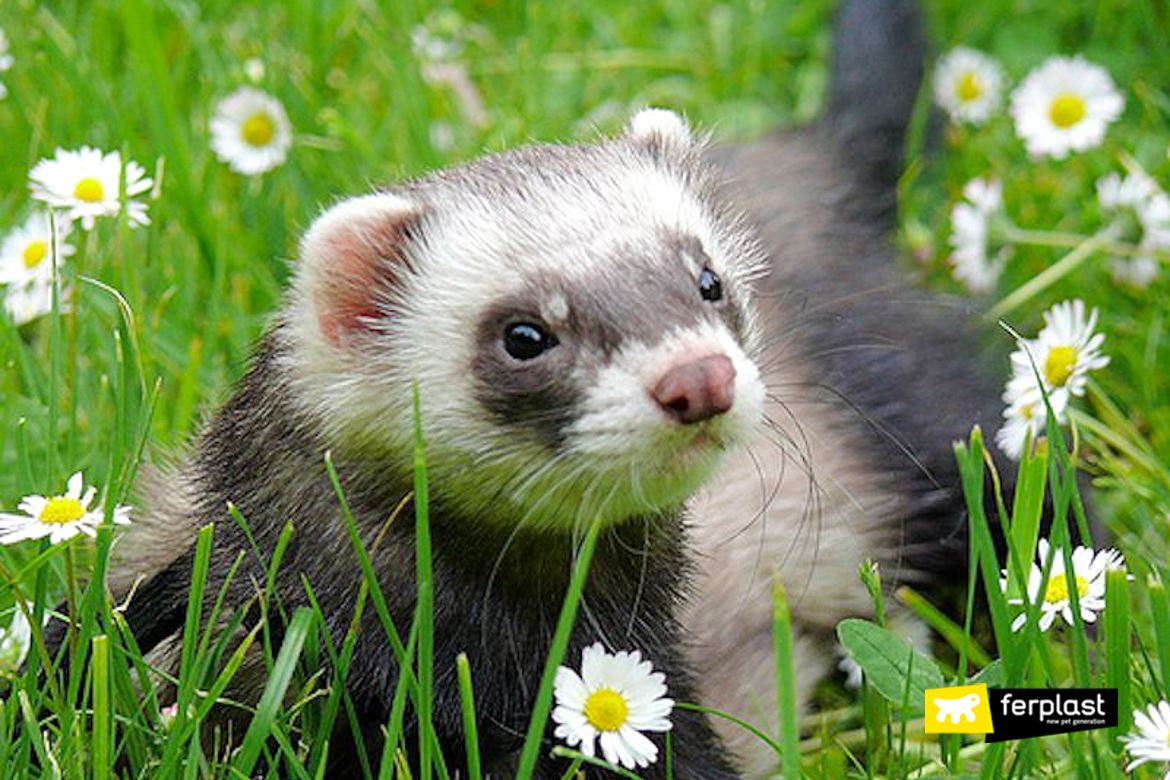 The ferret’s fur – comparing the lengths

Among the external characteristics that distinguish one ferret from another, there is also the length of the fur. There are ferrets with short or standard fur, which are the most common. There are also ferrets with long fur and Angora fur, whose coat can reach 10 cm in length, but in this last case, they have no undercoat.

Just like dogs and cats, it is important to brush the ferret, especially during periods when shedding takes place, to help him get rid of the old fur and prevent him from ingesting too much of it. You can use a small brush for cats and brush him slowly and gently. 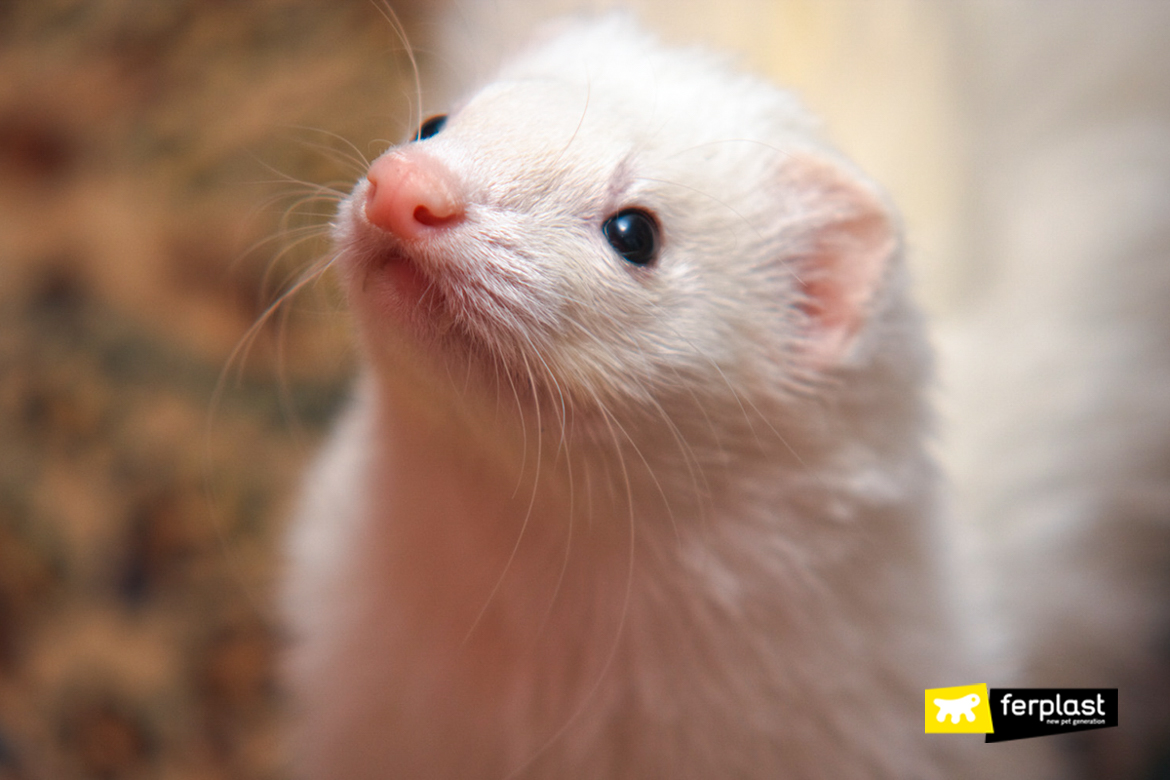 If you had to adopt one, which of these would you choose?