THE LANGUAGE OF RABBITS: DID YOU KNOW THAT RABBITS PURR?

Who said that only cats purr? All animals have their own way of communicating. The language of the rabbit, for example, goes through body sounds and gestures.

Learning to understand rabbits’ language is the best way to empathise with them and understand their behaviour. The rabbit uses his body to communicate, in particular with his mouth and teeth. Contrary to popular belief, rabbits are not mute, but make sounds and each one has a particular meaning.

The rabbit’s language is based on his body actions and the way he grinds his teeth. These animals use their bodies to communicate feelings and to talk to us.

When rabbits are happy, they wag their tails, just like dogs. When they jump and run around, they want to demonstrate their state of euphoria. If they stand up straight on their hind legs, look around and sniff, they are curious. When they clap their hind legs, on the other hand, they want to attract attention or signal danger. On the contrary, when they roll on the ground and lie down, they are in a phase of absolute calm and if they even turn their backs on us, then it means that they trust us completely.
To show us their affection and desire to be cuddled, rabbits approach us with their little noses, licking and biting us. 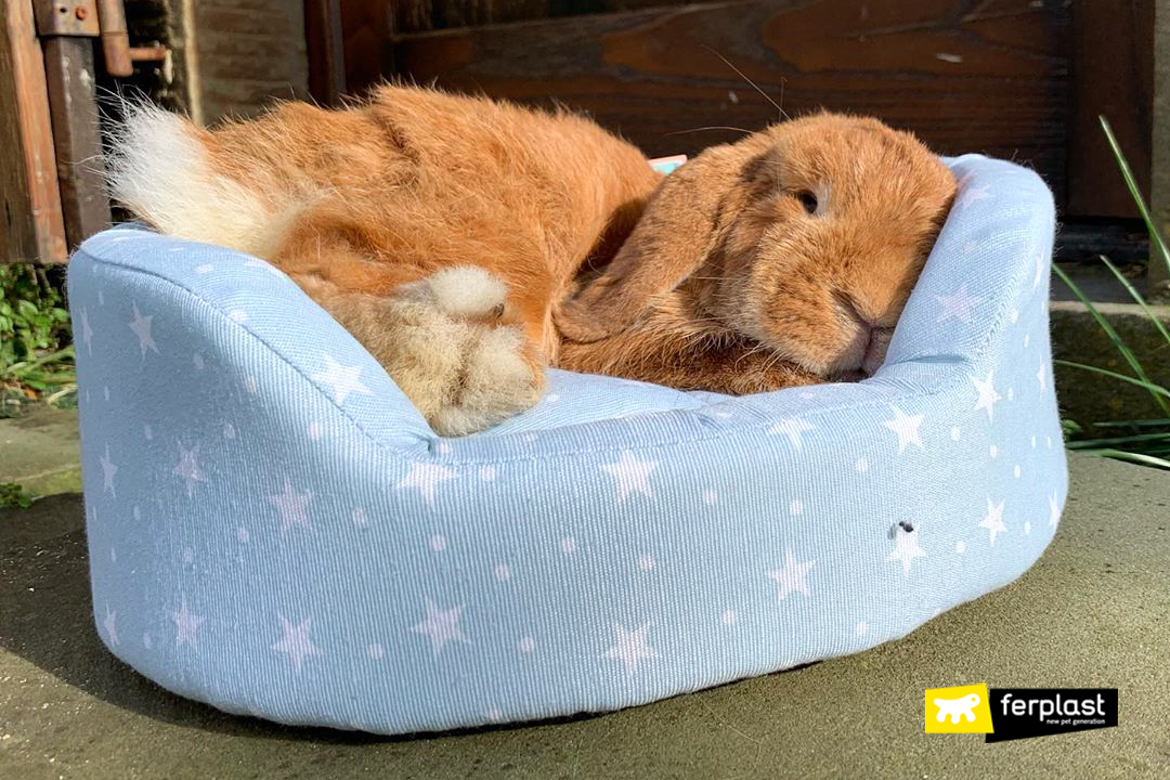 The language of rabbits is also expressed through the sounds they make, in particular the grinding of their teeth. The rabbit grinds his teeth, for example, when he’s content, happy and feels at ease. At the same time, however, rabbits may grind their teeth to show discomfort. In the first case, the rabbit almost seems to purr. To distinguish between the two behaviours, all we have to do is cuddle our furry friends. If they start to grind their teeth, then they’re certainly happy with the attention we are giving them. 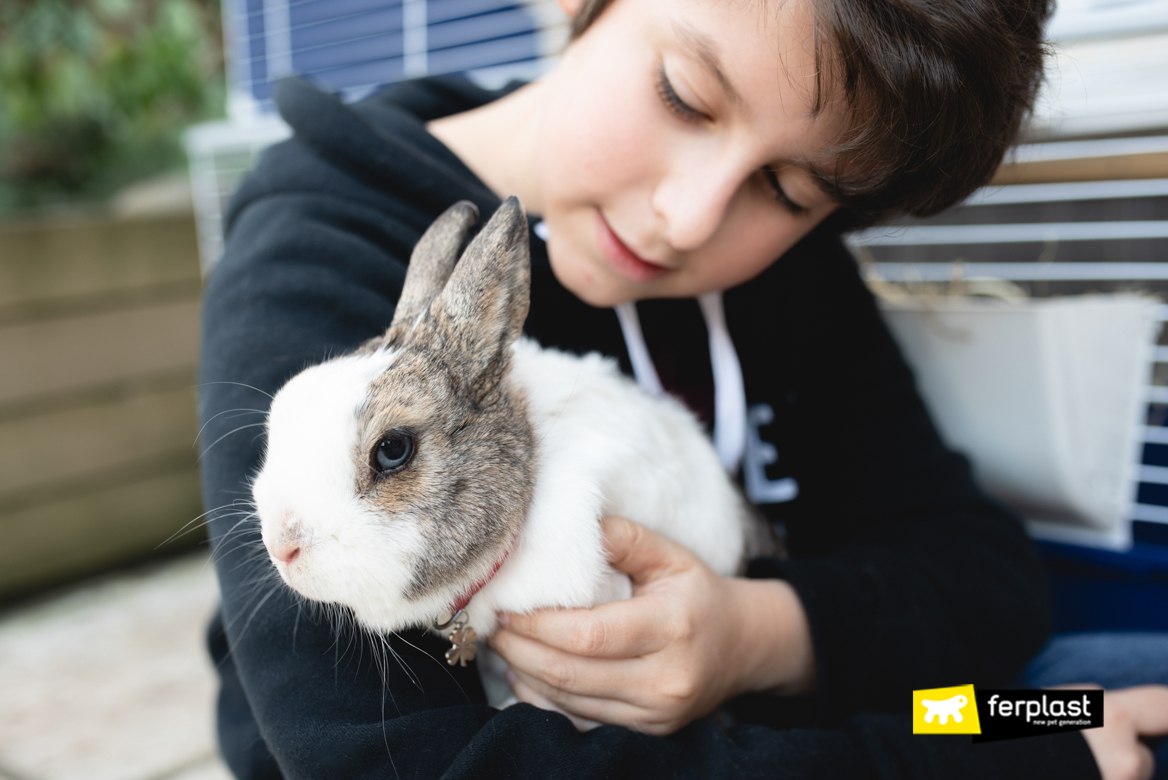 A rabbit’s purr consists of light, rapid crunches of the teeth that create a considerable vibration in the jaw and the simultaneous raising of whiskers. When, on the other hand, the rabbit is sick, then the movement of the teeth is slow and not very noisy. Purring is the rabbit’s way of showing his involvement. It’s a sporadic behaviour, mainly related to cuddling. Not all rabbits “shudder” when being stroked, as some have trouble relaxing and are unlikely to purr.

Other sounds made by the animal that are part of the rabbit’s language are grunting and screaming. Rabbits grunt in protest and scream when they are particularly frightened.

The language of the rabbit is unique and recognisable. Although they are calm and tame animals, they can clearly communicate their moods. It is the job of every pet parent to understand their pet’s behaviour and create a strong relationship with them.