Spring is here, and even cats can suffer from the allergies that typically appear in this season. Oh yeas, during this beautiful part of the year we’re definitely not the only ones sneezing compulsively, suffering with itchy eyes and a runny nose, or finding it hard to breathe. Let’s see how you can identify allergic symptoms, prevent them, and cure them.

Just like in us humans, allergies in cats are just body reaction to an external agent, called an allergen, and can affect your cat’s body in different ways – through contact, ingestion, or inhaling.

The most common allergies in cats are caused by insect bites, parasite bites (fleas and ticks), pollen, poisonous plants, dust, detergents, or ingesting inappropriate food. Those most common in the spring are surely caused by pollen, but throughout the year they’re most commonly caused by parasites.

In cats, allergies usually affect the upper lip, the chin, the walls of the upper airways or those of the gastrointestinal tract. The most common symptoms are:

The most common feline allergy is caused by fleas. Flea bites can cause allergic dermatitis: cats will bite, lick and scratch the area so fiercely that may even draw blood. Such wounds can fortunately be treated with antibiotics, and allergy by fleas can be prevented with anti-parasite products.

Cats that play in the garden are more at risk: in addition to inhaling pollen, they also risk eating the leaves of plants that can cause intoxication in felines (such as hyacinth, thrush, ivy, aloe, mimosa, fig…). The most common reactions are vomiting, diarrhoea, trembling, anomalous salivation. 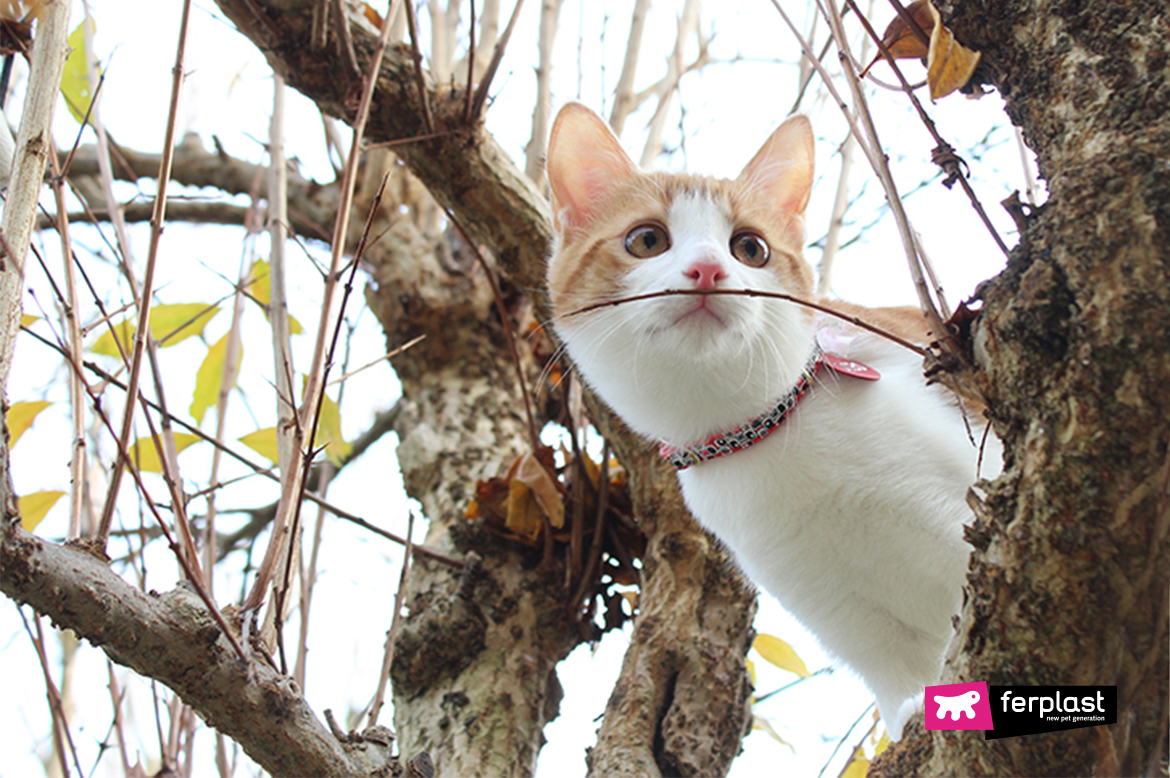 If the allergic symptoms in your cat are not related to spring, you may be face to face with an allergy to ingested food. Your cat will be put in a strict diet, and the food culprit will be identified by elimination.

Keep in mind that whenever your suspect of an allergy, it’s a good idea to seek a veterinarian, who will be able to identify the cause of this reaction and prescribe the most suitable treatment.