SHOULD ANIMALS EAT MORE IN WINTER?

Does animal nutrition change in winter? What are the differences with the summer period? And above all, why does the diet have to change?

The harsh winter temperatures encourage animals to eat more out of an instinct for survival. However, the diet changes according to the animals’ lifestyle.

How does winter affect animals?

Winter is a difficult season for animals, especially those that live outdoors. Before determining the correct diet for animals in winter, a distinction should be made between domestic animals and wild animals.

Wild animals in winter experience the effects of the cold and the lack of food in the wild.
In response to the cold, they shed their fur and minimize their activities to conserve energy. To compensate for the lack of food, however, many animals such as marmots, brown bears and other mammals build up internal reserves in the form of fat deposits in certain parts of the body. These reserves act as an insulating layer and protect them from the cold. 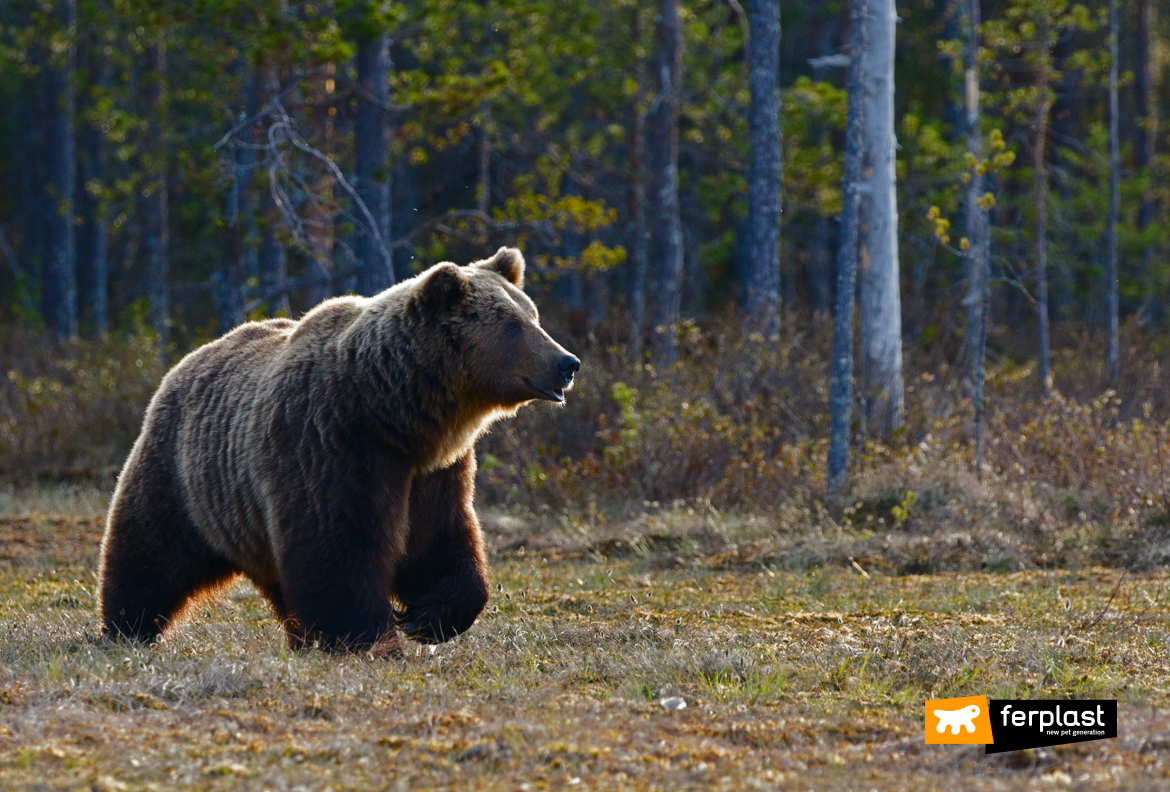 Among domestic animals that live mainly outdoors, large dogs retain their warmth for longer due to their greater body mass, which insulates them. Elderly, sick and small pets, on the other hand, need more protection from the weather.
Pets that live mostly indoors, on the other hand, are not particularly affected by climate changes between seasons.

Do pets’ diets change in winter?

Low temperatures increase the demand for energy to maintain the internal temperature. This implies that the animal needs more calories. However, this does not apply to pets living in heated rooms. Heating systems provide the home with spring-like temperatures, so animals do not need any change in diet.
On the contrary, in the case of animals living in unheated spaces, their diet must be reviewed. 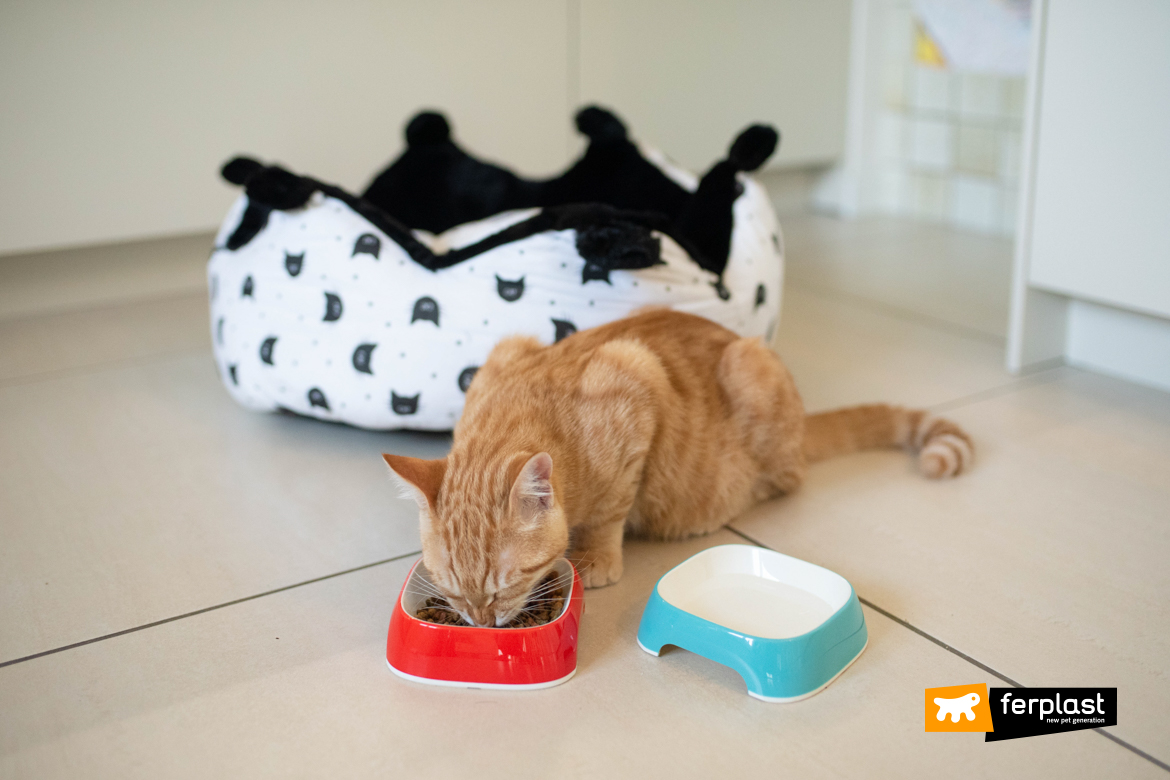 Feeding animals in winter if they live outdoors

Cats living outdoors should be fed a diet rich in nutrients, fats and proteins. In this way they do not lose weight and can use their body reserves as energy to keep warm. Fresh poultry meat and fish are the preferred foods for cats in winter. Nutrients include vitamin A, essential fatty acid and the amino acid taurine. 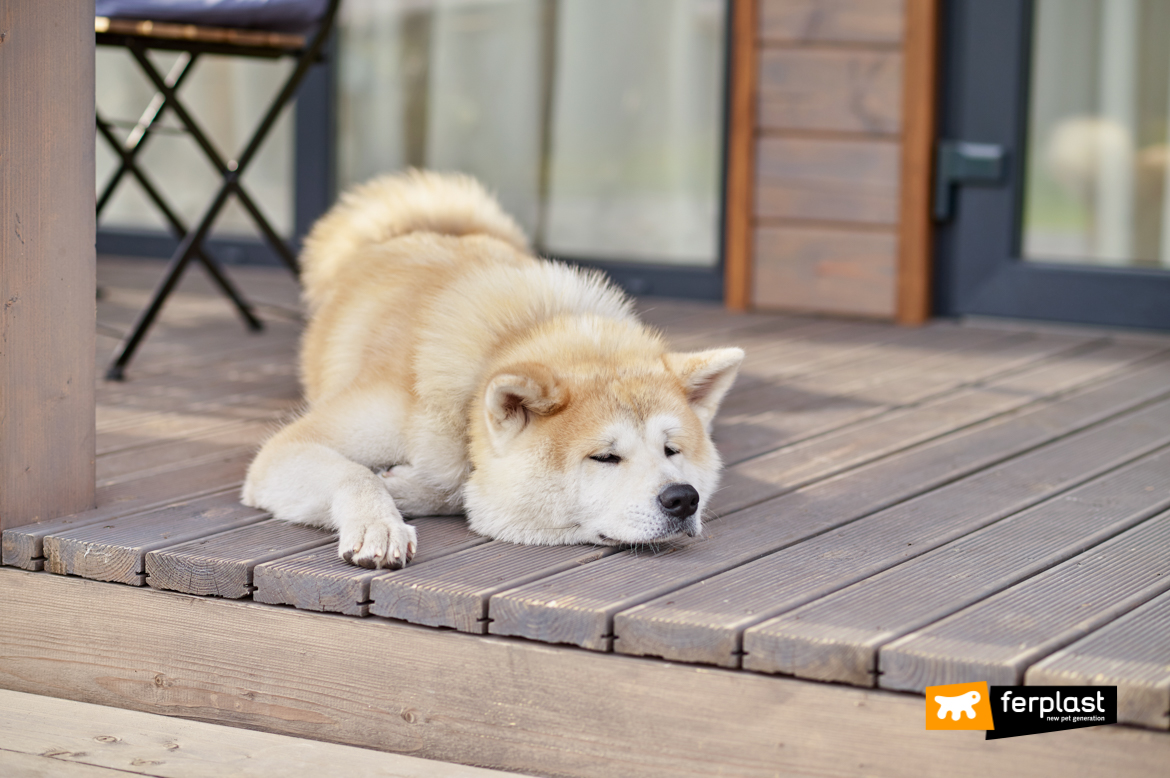 Pets that are used to living outdoors should always have a bowl of water available for drinking. It is preferable to choose plastic containers, such as Ferplast’s Glam and Party, with non-slip rubber edges at the bottom. Metal, in fact, conducts the cold more quickly and the water could freeze.

Varying the animals’ diet in winter depends on their lifestyle. If the animals live mostly indoors, we do not need to worry about varying their diet. If, on the other hand, they spend most of their time outdoors, the caloric intake should be increased.