Schnauzers are compact dogs, known for their coarse salt-and-pepper coat and for their characteristic “moustache”. They come in three sizes: giant, medium and miniature. Let’s found out the character, the needs and the peculiarities of this curious dog breed!

Origins of the Schnauzer

Schnauzer means “whiskered snout” and refers to the “goatee” that is typical of this breed, originally from Germany, more specifically from the Württemberg region. Its first appearance dates back from the 16th century. Before they took up this name, they were called “wire-haired pinschers”, given their similarities.

The first Schnauzers were used mostly as stable boys, where they played a triple role: guards, mouse hunters and accompaniment for dogs. They often ran along horse-drawn carriages to prevent assaults or lootings, which allowed them to develop a great relationship with horses. They still get along just fine. 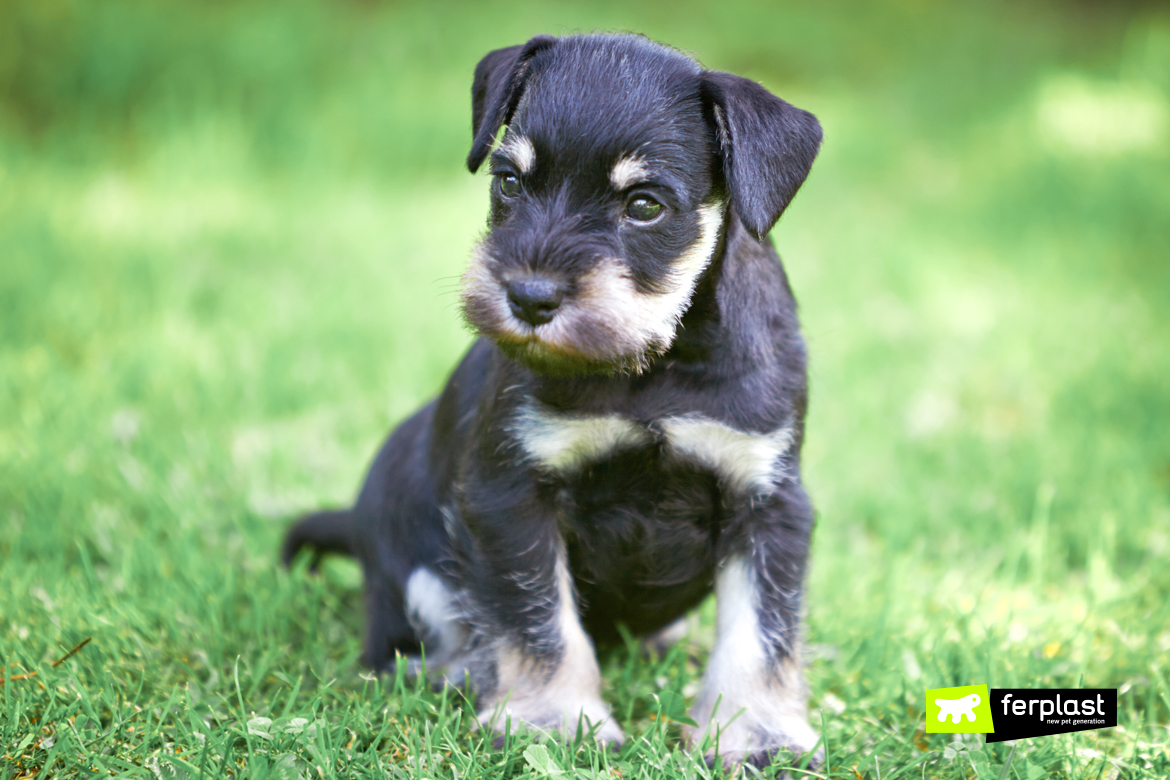 This dog comes in three versions: Schnauzer (medium), Giant Schnauzer, and Miniature Schnauzer. There are no remarkable differences between them except for weight and size. Their particular characteristics make these dogs unique, especially for their furry paws and impressive beard!

Schnauzers have a hard, wiry coat and their undercoat is woolly, black and salt-and-pepper, while the Miniature version can also be black-silver and white. It’s important to keep their fur trimmed and well-groomed through stripping and shaving. Their most iconic feature is surely the goatee, accompanied by their walrus moustache and their bushy eyebrows.

As for their physical structure, these dogs are sturdy, compact, squarely built. In the past their ears and tail were amputated, but this practice has been abandoned pretty much everywhere, and now schnauzers are seen trotting around with their V-shaped drooping ears and with their long upturned tail intact. 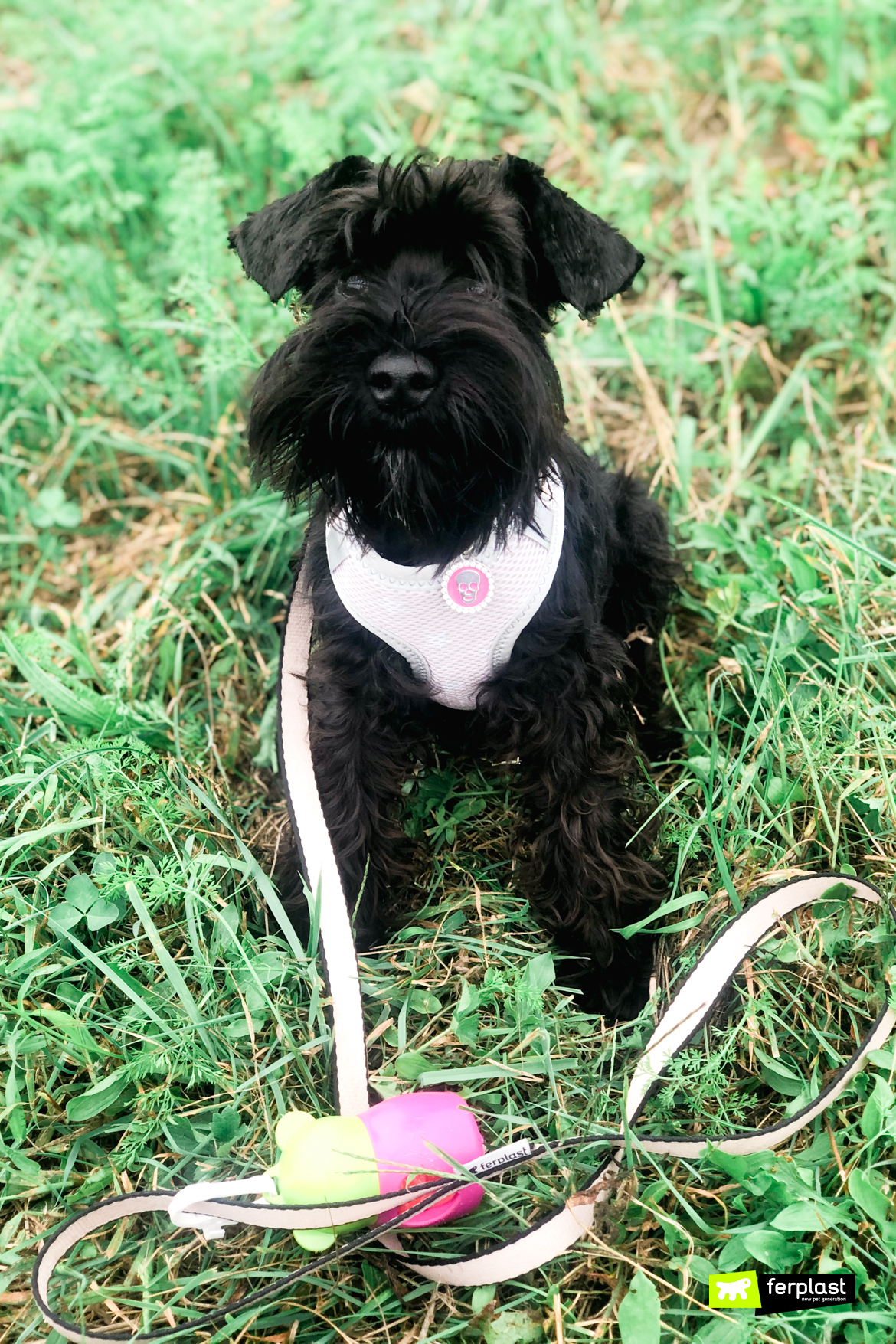 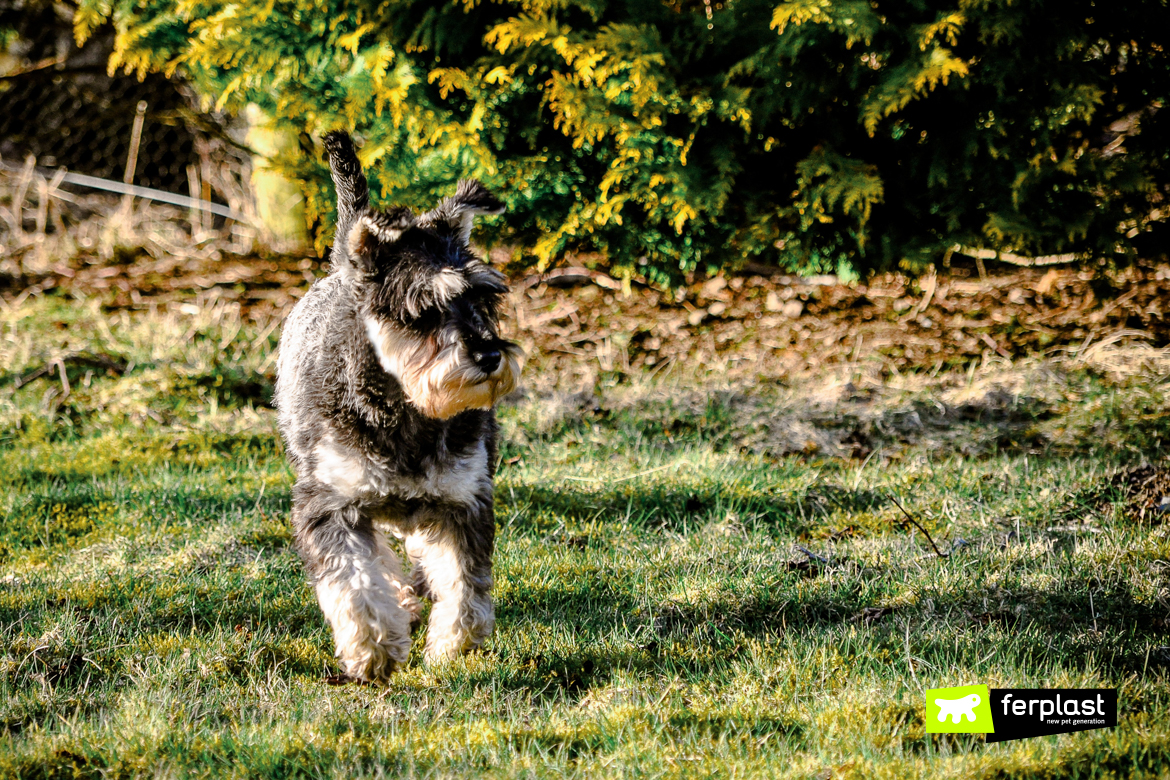 Schnauzers are strong, tenacious dogs, and perhaps it’s partially because of this side of their character that they live so long. Attitude, of course, changes according to size: miniature schnauzers are exclusively for company, medium schnauzers are good guard dogs, and giant schnauzers are defence dogs. However, they’re always reasonable dogs, easy to train and very quick to learn pretty much everything. They need a lot of physical activity and must be constantly stimulated.  They love spending their time interacting with their owner. 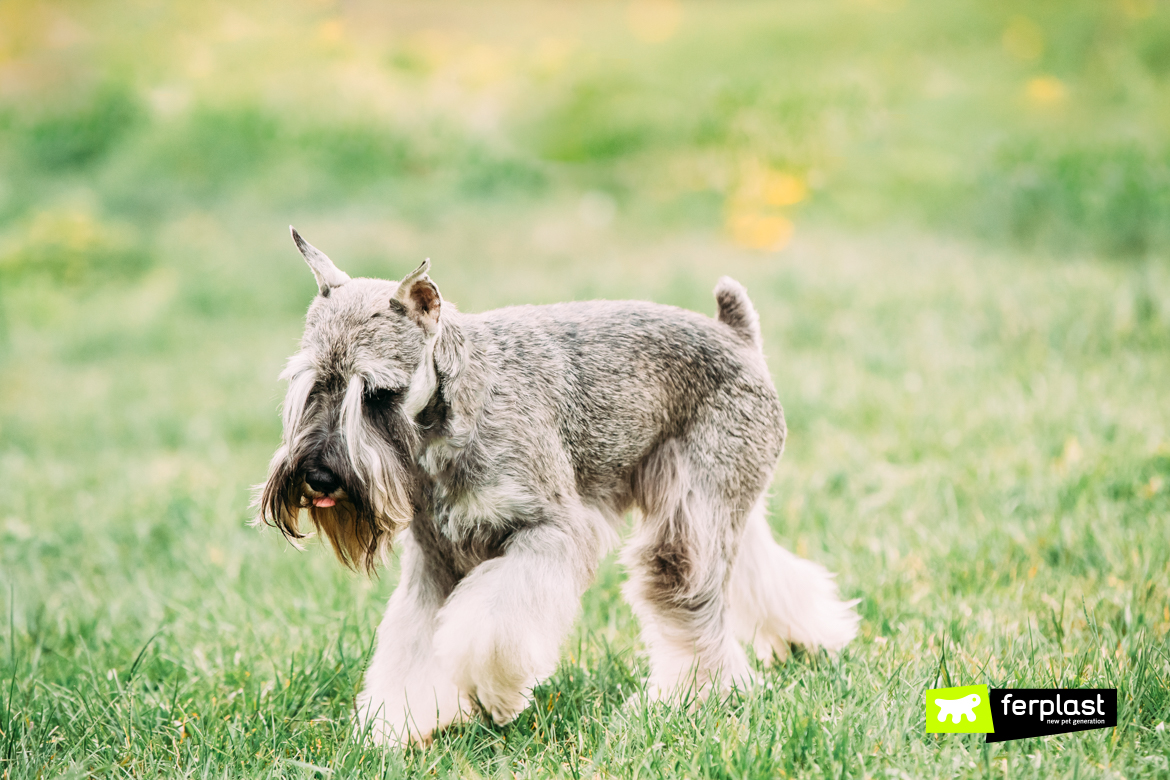 Many artists and painters, such as Dürer and Rembrandt, have celebrated schnauzers in their works. Not only that: given their skills, they were used by the German army during World War I, as guard dogs and later as carrier dogs for the Red Cross! 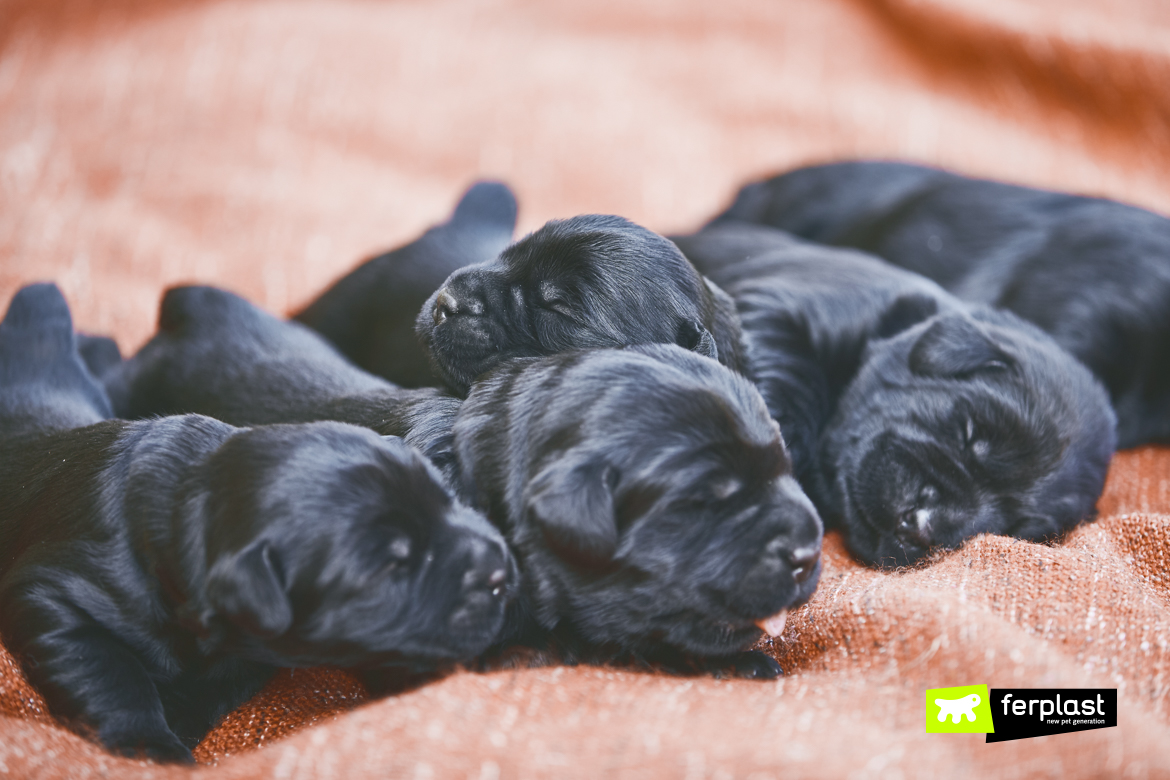 Special thanks to our model and ambassador Morrigan, a puppy only 4 months old but with character and personality to spare!