Rabbits are one of the most prolific species in the world and, compared to many other quadrupeds, they reproduce extremely easily and often. Do you have rabbits and would you like to learn how to let them have bunnies? Here is everything you need to know!

Rabbits of both sexes become sexually mature at five months of age, but in order to allow the rabbit’s body to reach full maturity, it’s a good idea to give them at least another month’s time before you mate them. 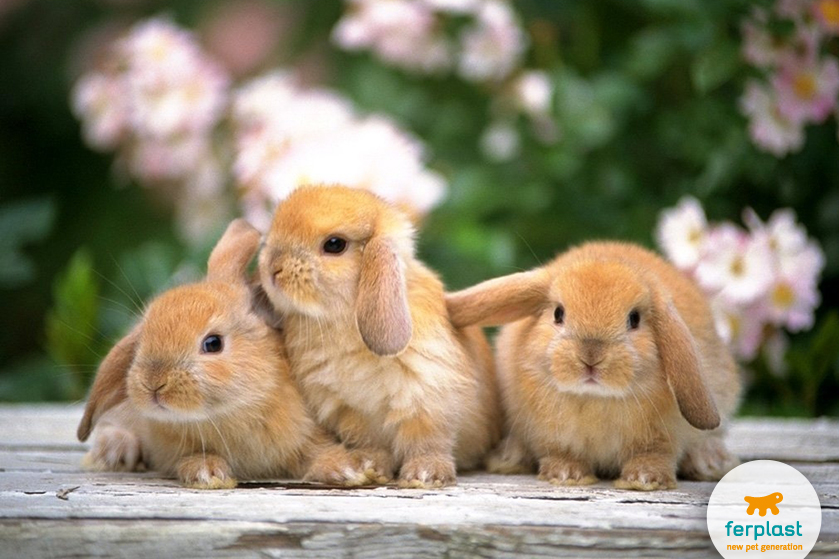 If you have a male and a female rabbit at home, make sure they live in two separate cages. This is not to prevent them from normal socializing, but to safeguard the health of the female, because the male, if left to its own devices, would couple with his partner very often.

The first step to having bunnies is mating. This takes place when the female is allowed into the male’s cage, but not the other way around! The male prefers to stay within his own territory because it is rich with his own smells, and these permit him to mate successfully. After a bit of courtship, he will mount her. This act may take anywhere from a few seconds to several minutes, depending on how receptive the female is. Once the mating has occurred, we can put her back in her own cage, which should be big enough to accommodate a nest. The ideal solution to this is Ferplast’s Krolik rabbit house, a spacious (160 or 140x60cm) cage that can be expanded when the bunnies are born by adding a wooden Krolik Wood Extension or a simple grid extension (Krolik extension), both of which can be bought separately. All of Ferplast’s rabbit cages can be adapted to house new arrivals. 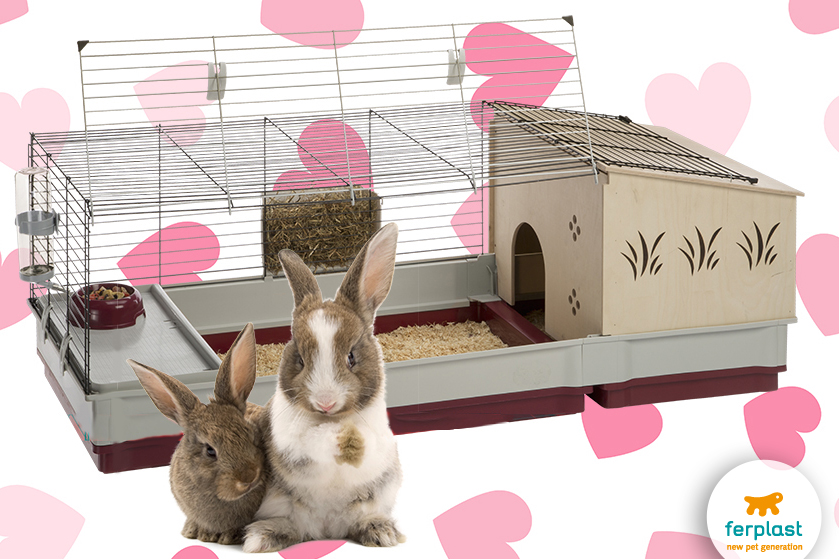 The gestation period lasts from 29 to 31 days, during which time the pregnant rabbit must rest and be left undisturbed. A few days before the birth, a nest needs to be made using fresh clean straw. She herself will then go about smoothing it down with her own fur, to make it soft and warm.

The delivery takes about 30 to 40 minutes and it usually happens at night or early morning, when it is nice and quiet. Up to 14 rabbits can be born in one litter, and don’t worry if the new mother seems not to pay much attention to them, she will feed them once or twice a day and keep them safe and warm with her own fur. All we need to do is to change the straw bedding so that it is always clean and dry, leaving the fur and checking to make sure the bunnies all have round little tummies (which means they have been fed).  For 20 to 25 days, the bunnies will be fed only mother’s milk.

Weaning, that is, when the bunnies stop feeding on the milk of their mother and separate from her, should not take place before 5 or 6 weeks have gone by since their birth.  It’s best not to move the cage until the bunnies are weaned, but make sure it is in a quiet and restful spot where it is neither too hot (near a heat source) nor too cold or draughty.

Isn’t that easy? Now you too are ready to let your rabbit have lots of lovely bunnies! 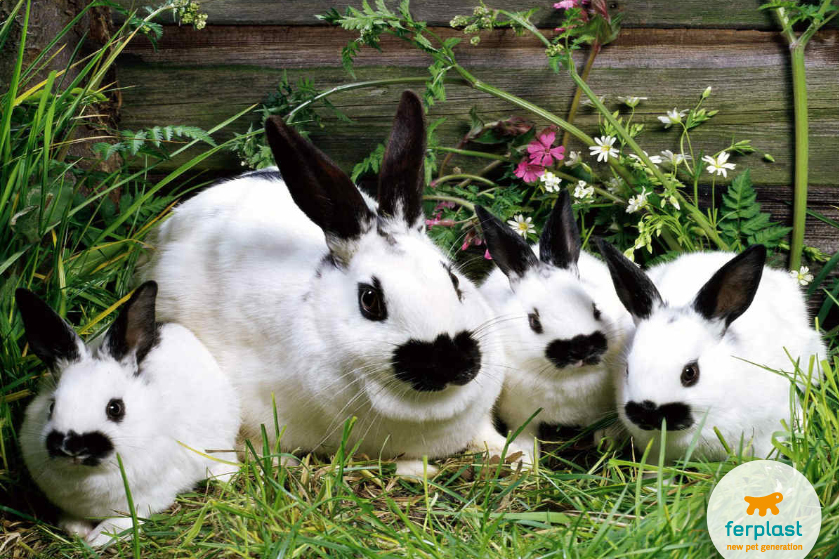