How many times haven’t you turned to your cat as though he were a furry child? It’s true, the love we have for our cat can sometimes make us forget he’s actually an animal – not a son. And, as a consequence, he does not understand the words we speak to him. To communicate with him we have to put ourselves into his proverbial shoes – or paws, if you will – especially when we’re playing and he sets the rules of the game. So let’s learn which signs and behaviours are ‘safe’, and which hide some sort of ‘threat’.

First of all, before you can even think about playing with your cat, you need to get his attention. If he’s not in the mood, he won’t even look up at us, nor anything we flap in his face, so that’s a strong message right there. But if he is even just a little bit interested, his eyes will show it and his ears will perk up and point in our direction. Cat’s ears, in fact, turn to that which interests them. Try sneaking up on your cat from behind while he’s sleeping. His suspicion will be aroused and his little ears will twitch and swivel towards the source of the sound – you, in this case – to better understand the nature of the threat and prevent any ambush you might have planned. 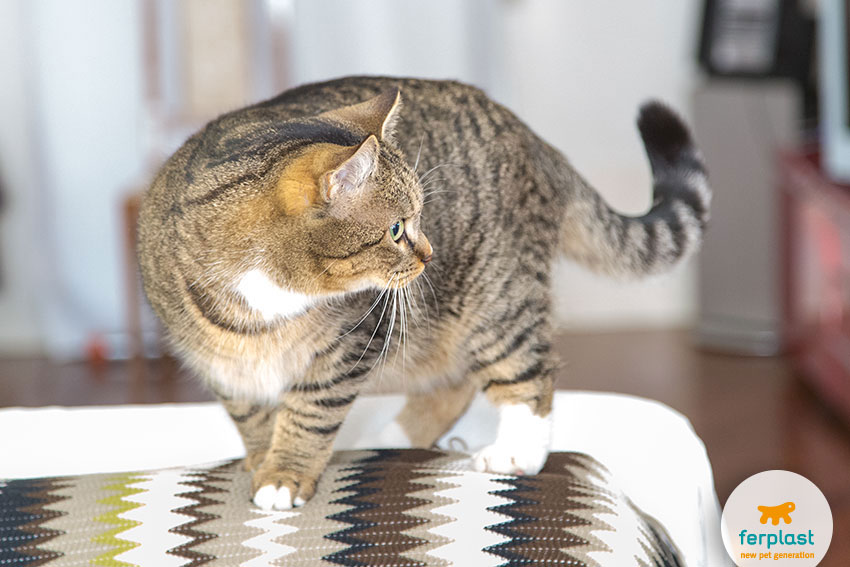 Once his sleep has been disturbed, the cat will likely stretch and yawn. In this instance, the yawn is not necessarily a sign that he’s sleepy, it’s a sign that our little hunter is awake and ready to pounce. Remember that yawning is also a great way to show others just how sharp and menacing your teeth are without actually threatening anyone. It’s a gentle reminder, just a “hey, remember I’m armed!” 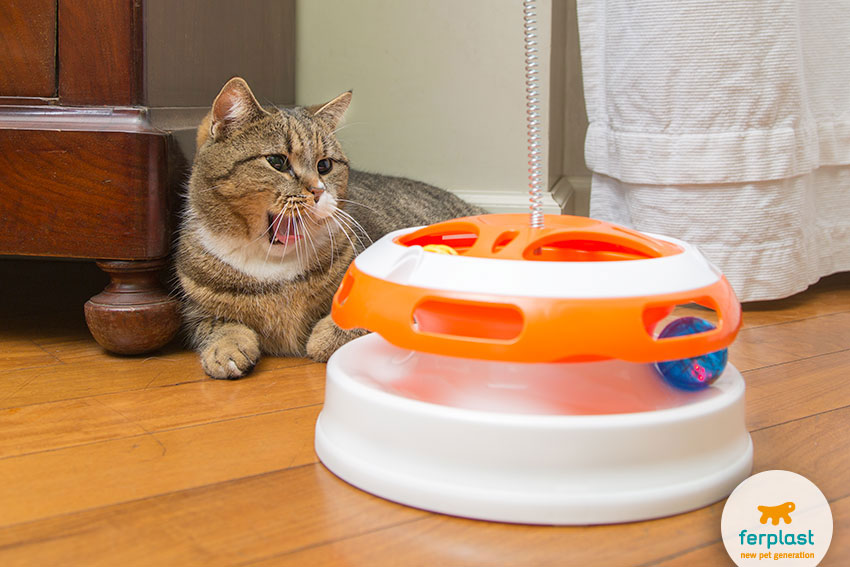 Another move that accompanies playtime is a ‘nail check’, an ‘innocent’ exhibition of claws, a stretching of paws that also serves to mark the territory and remind anyone, lest they forget, who’s boss. As he prepares to chase and pounce, the cat will be on the alert, crouched with his tail straight out, flicking the air. His pupils will be dilated so that more light goes in and every muscle will be taut, ready for the assault. The attack will be focused directly on the prey and only in the rarest of cases will it be directed towards us, with the exception of an accidental swat here or there. To make the game go on for more than the few seconds it took to aim and pounce, try not to let him capture whatever carrot you have at the end of your proverbial stick. Once he has it in his paws, his interest will quickly wane.

Do, however, be aware of other types of behaviour! A cat with his ears flattened backwards is sending out threatening signals that could result in violent reactions, especially if he feels trapped. When this happens, get your face out of the way and stop whatever game you’re playing to relieve the tension. Rolling over on his back is another thing to watch out for. It’s often not a gesture of submission or request for cuddling, as it would be for a dog, but a way to make better use of his hind legs, which are then free to kick and scratch whatever comes its way. Pity the prey!

So try to understand what intentions your cat has before giving his soft tummy a rub and if he does start kicking and scratching, leave your hand there – cats will instinctively follow their prey (and your hand is now prey) and that could make things worse. The best thing to do in this case is to cease all motion and say “NO”. If he doesn’t stop, then take him by the scruff of the neck and gently detach him to prevent further damage.

When a cat goes ‘overboard’ like that, don’t yell at him or hit him, he’s still in his play (read hunt) mode and may take it as aggression on your part and fight back. So, what is the best tactic? It’s simple, if the playing gets rough, retreat. Don’t fall into his trap. Return later, when he has calmed down and his mood has returned to normal.

If your cat’s exuberance is hard to contain, as often happens with kittens, or we want to play but not get all scratched up, we can always take pastimes that don’t present this risk into consideration. Toys like Magic Tower, Tornado or Typhon are wonderful ways to let your cat burn off pent-up hunting instincts as he tries to swat the pom-poms and balls at the base. Raptor, on the other hand, will do the job of waving feathery things in his face for us. 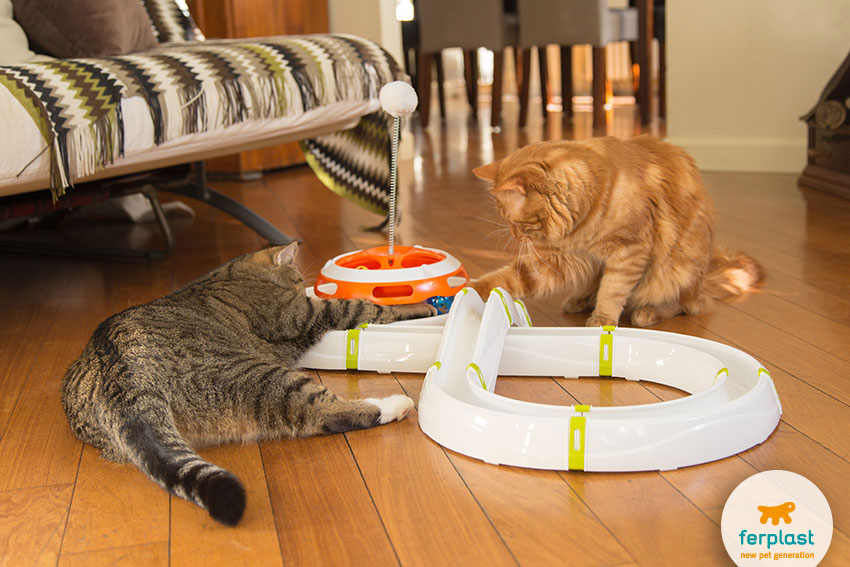 These are just a few of the games and toys you can choose from to keep your cat entertained and happy, and if you want to see more of them, go to our website and you’re sure to find the perfect toy for him to enjoy. The wellness of our four-legged friend is, after all, our own. Research has proven over and over that people with pets are more relaxed and peaceful… after all, there’s nothing better than making our cat happy and watching him play to his heart’s content.