MY DOG EATS TOO FAST

A dog running over to his bowl at mealtime is a commonplace event, almost all dogs have the same reaction when they see food. The gobbling of food is, however, not always a good thing and could cause some serious health issues. Let’s see what causes this reaction, learn about the consequences of fast eating and how to resolve the problem.

Dogs often eat very quickly, greedily, without even chewing the food they have in their bowl before swallowing it. This happens if the animal has had to face competition from siblings when he was a puppy, or if he lives in a house with other dogs.

Dogs that come from rescue centres or kennels can are also prone to this type of behaviour. It’s a survival instinct: eat the food quickly before someone else gets to it.

Unfortunately, eating very quickly is not good for him, as it is not good for us either. Think back to the times you’ve eaten your meal too quickly, remember the tummy ache afterwards? But bad digestion is only one of the problems, others are flatulence, an accumulation of gas in the stomach, colic and, in the worst of cases, gastric torsion.

Many people think that the latter is a problem only large breed dogs face. But it’s a problem that animals of all sizes can be affected by and it can lead quickly to death if it is not recognised in time. Practically speaking, when a dog eats too quickly there is a risk that the stomach will literally turn around 180°, a very serious event that can be fixed only if immediately diagnosed and treated by a professional veterinarian. 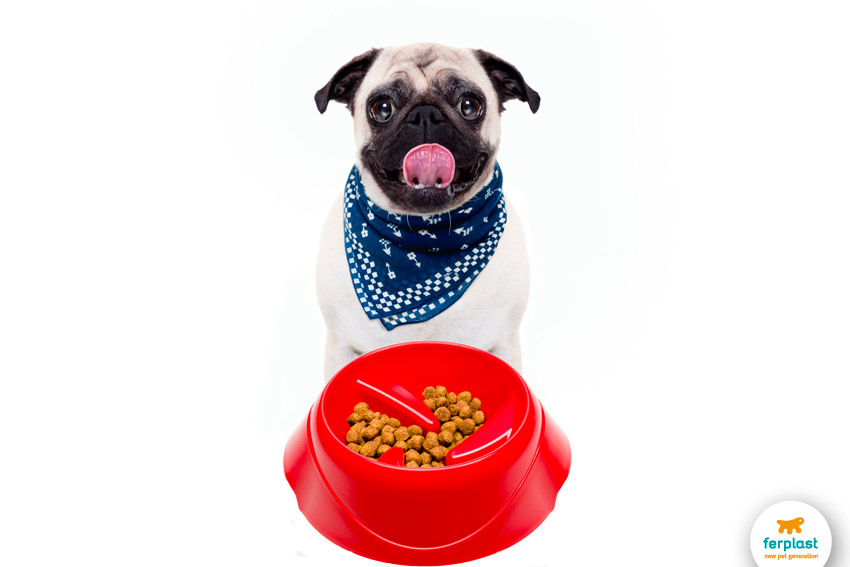 HOW TO PREVENT GASTRIC TORSION: 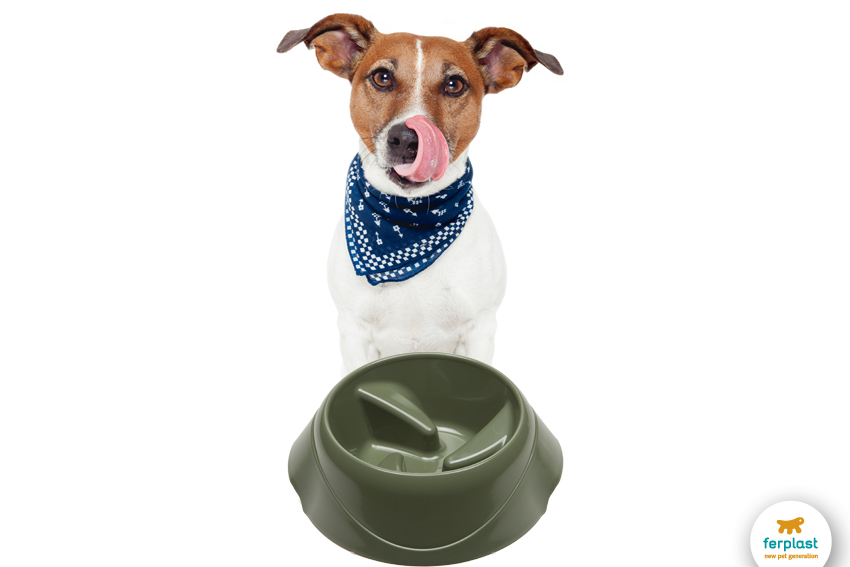