MAINE COON, THE KING OF THE BIG CATS

“So, is this a lynx?” No… but it is a truly large cat! Let’s get acquainted with the Maine Coon, the giant cat that can arouse fear or curiosity, but that is undoubtedly able to bewitch everyone with its majestic beauty.

“Why is it called the Maine Coon?”

It is not Main, like many who are unfamiliar with this breed might think, but Maine, from the name of the little state in the north-east of the USA on the border with Canada. In fact, the Maine Coon comes from this area, though information on its origins is uncertain. Legend has it that it was born out of the mating between a wild cat and a raccoon, which gives rise to the second part of its name, Coon. Obviously, it is just a nice legend, although, when you take a closer look at this pussycat, it does indeed look like a cross between a lynx and a raccoon! 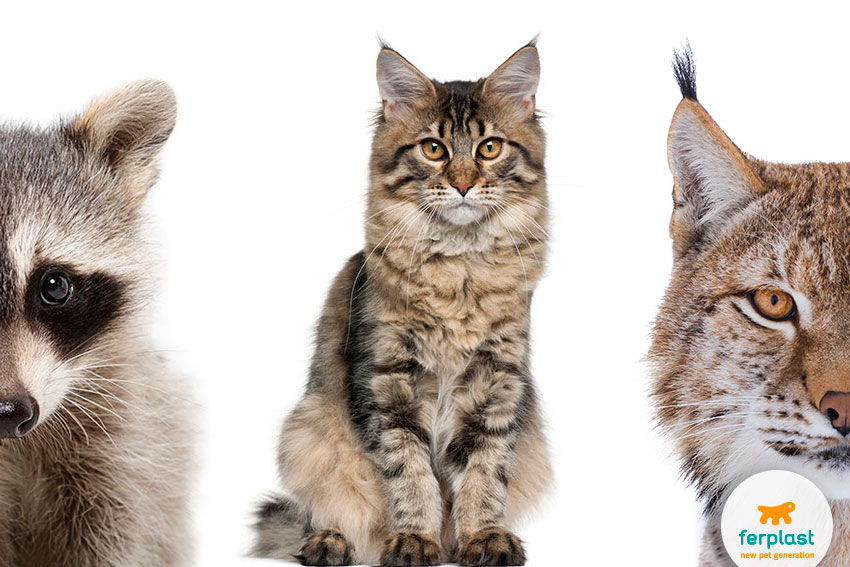 The Maine Coon’s main trait is, in fact, its XL size: with its 8-10 kg average weight, this cat has a robust, muscular body as well as fur that helps make it look even more formidable. Originally from Maine, a very cold region, these cats have a semi-long coat with a thick undercoat, a generous ruff and lots of tufts of hair sticking out from between their toes and on the tips of their ears, a feature that makes the Maine Coon look a lot like a small lynx. Of course, given his XL size, even his accessories, such as the litter box and the carrier, have to be XL… 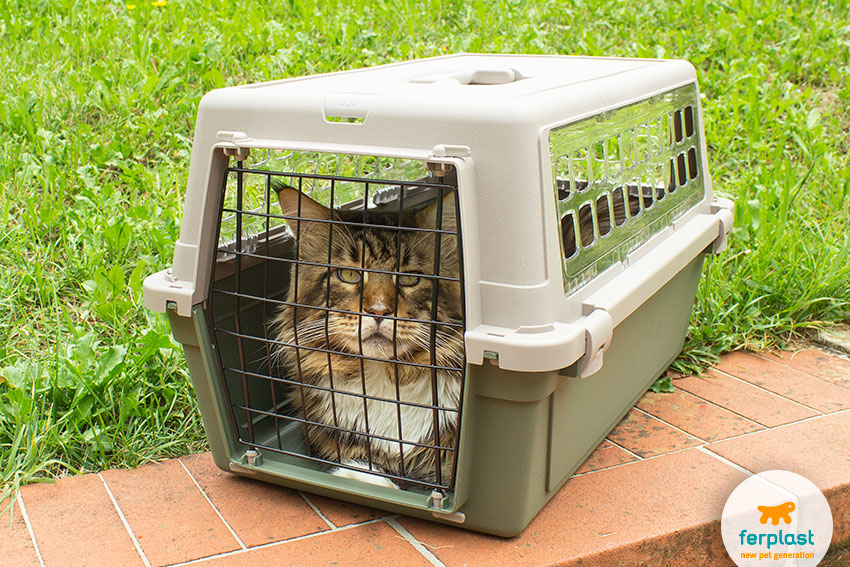 Considering their build and face, on which there is often a severe frown, it isn’t unusual for owners of Maine Coons to be asked this question. In contrast with their appearance, however, these cats are gentle, love being stroked and pampered and want to be close to their family. They even become attached to the dogs of the house. They certainly have their demands! Although they are lazy and prefer to sleep around the house when alone, once their owners return home, they want all the pampering that they have missed out on: so you will probably see this 8-10 kg little tiger lying belly up, waiting for you to stroke him, or following you around the house calling you to get all the attention he deserves. 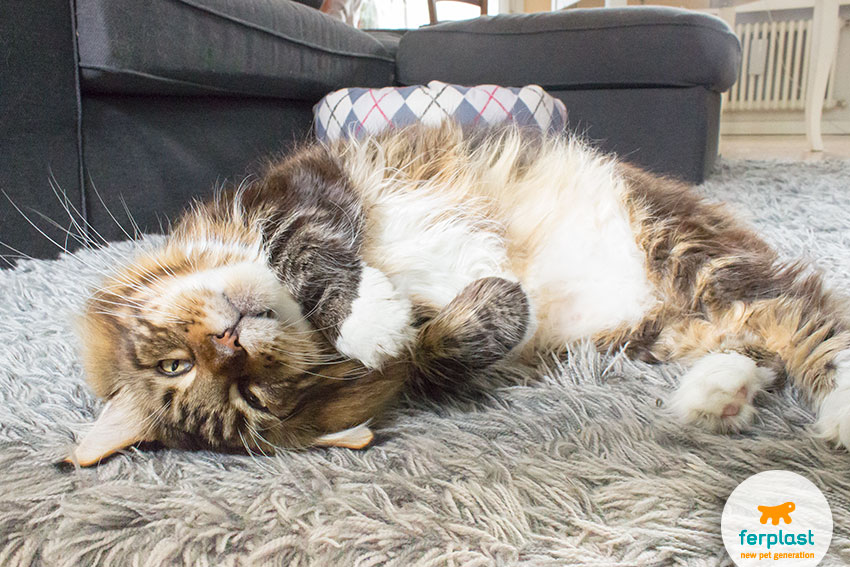 “Do they need a lot of space?”

It must be said that the Maine Coon likes to be able to go out and burn off his energy in a nice garden, even in inclement weather, as rain and snow really don’t bother him. If he has no access to the outdoors, however, it isn’t a tragedy: the most important thing for him is not to feel neglected and, perhaps, living inside the house, he will ask you to play with him a little more often… and fear not, because being a real chatterbox, with all the different meowing sounds that he makes, he will let you know what he wants very clearly. 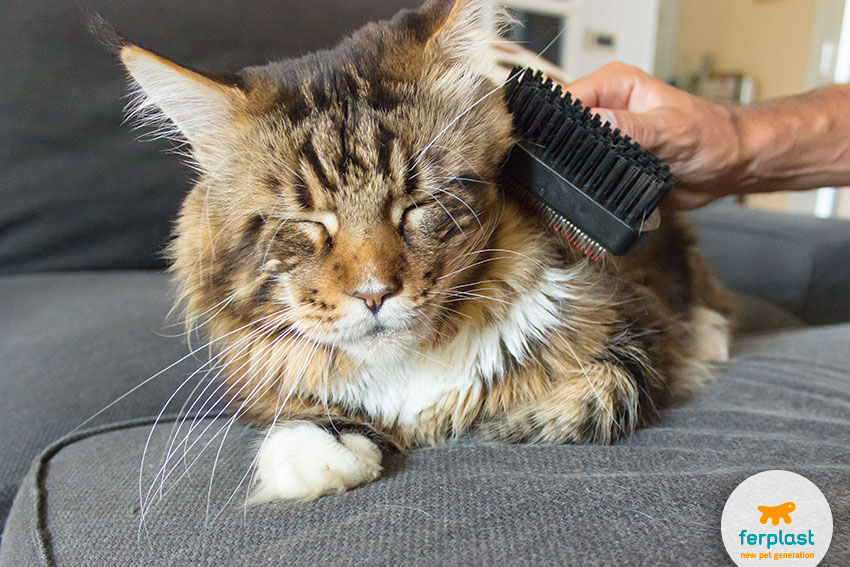 “Do they lose much hair?”

Beauty comes at a price and, in the case of the Maine Coon, this means having to accept a few hairs blowing around the house. To get around this problem, however, it is useful to brush him weekly, a practice that should be intensified during the periods in which he sheds, also to avoid the risk of of hairball formation. Of course, the more hair you collect, the less he will leave around the house. In any case, you don’t need to worry too much: because the Maine Coon is a natural breed, meaning that he was born without any selection intervention by humans, he isn’t very delicate and not much maintenance is needed to keep his fur looking beautiful. 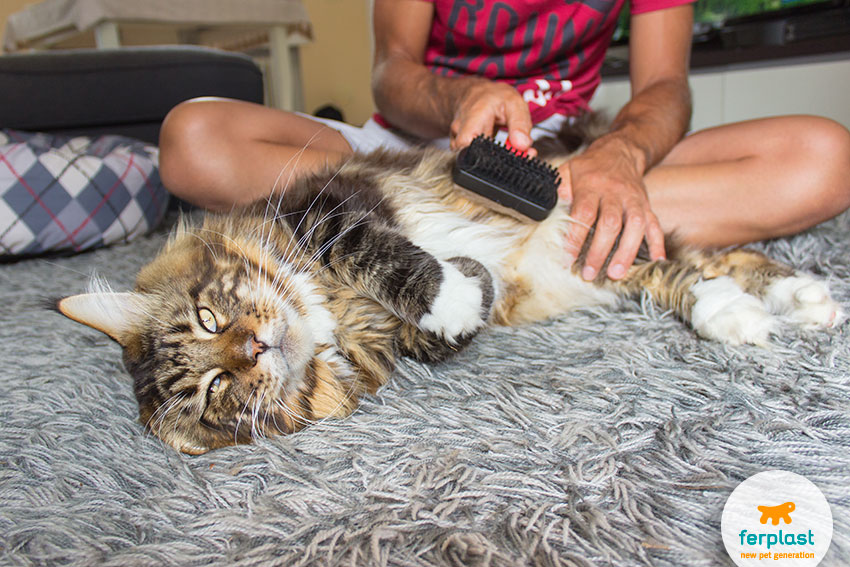 In short, a large cat with an elegant, proud and majestic appearance, but with the heart of a big tender kitten: the ideal companion for those who appreciate large sizes and who wish to have a loyal, well-behaved friend and, above all, one who is almost too affectionate! 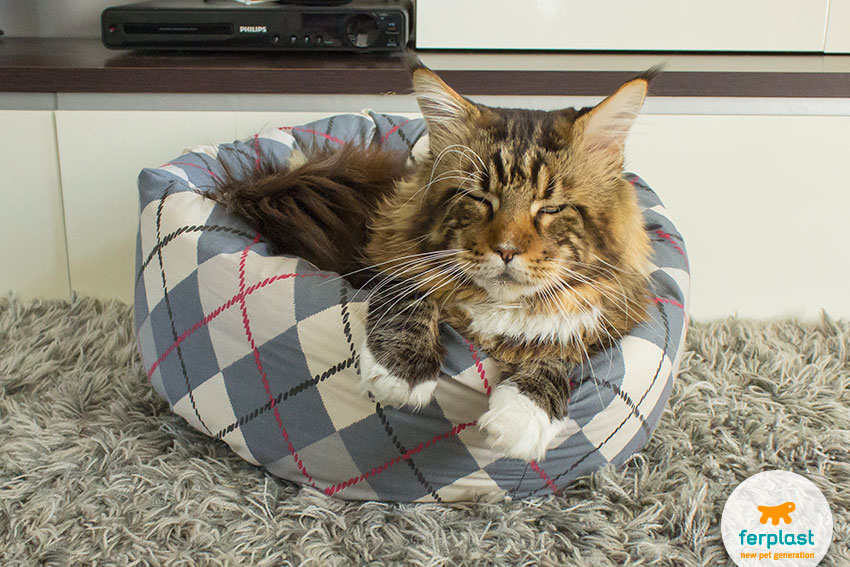