HOW TO INTRODUCE A NEW GUINEA PIG IN A CAGE

Guinea pigs are rodents with a very meek and fearful nature who naturally enjoy the company of their peers. Whoever decides to adopt these pets should start with a pair of piglets, as it’s easier for them to get used to company when they’re only a few months old. However, acquiring another Guinea pig later and introducing it to an already occupied cage isn’t an issue.

Guinea pigs instinctively tend to establish a hierarchy among themselves, and as they’re very territorial, they tend to shoo away any “foreign” trespassing individuals. How is it possible, then, to get old locals and newcomers to get along?

The procedure is simple if you pair them up correctly. Two females will turn into BFFs right from the start, while when two males are put together, the outcome is unpredictable once they reach sexual maturity. It’s always a good idea to have them fixed, to reduce their hormone levels and sweeten out their character. The perfect couple consists of a sterile male and a female.

To make it easier to introduce a new Guinea pig, it’s advisable to prepare a cage with an additional module separated from the main “block” by a partition, such as Ferplast’s Krolik 140. This will keep the pets separate, but close enough that they can see and sniff each other, without fighting. 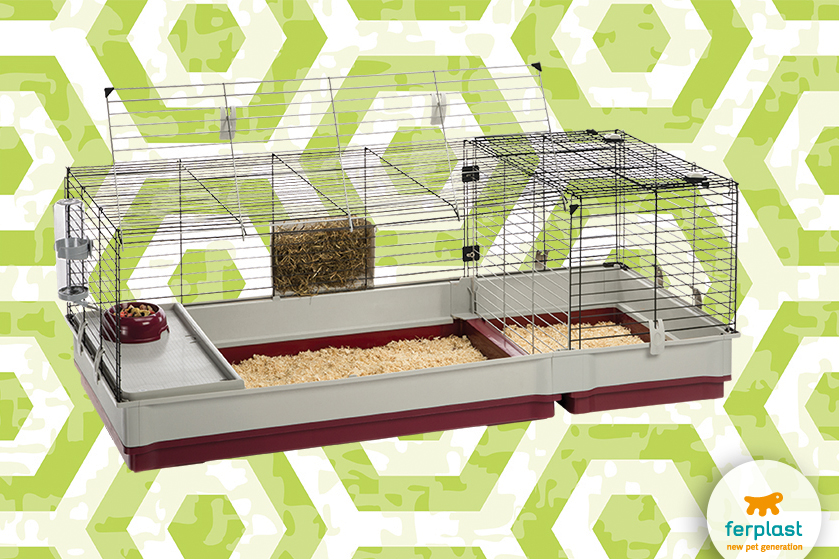 The next step is switching objects belonging to the two animals, either their food bowls or their cages, to see how they react when they notice the smell of a stranger. If it all goes smoothly, have them finally meet in person by simply removing the separation grid of the Krolik cage.

It’s important to keep the situation under control so you can intervene if either of the two becomes aggressive. If this happens, set them apart and start again from the beginning. If they seem to be getting along fine, leave them together for a while, then put them back in their separate cages. 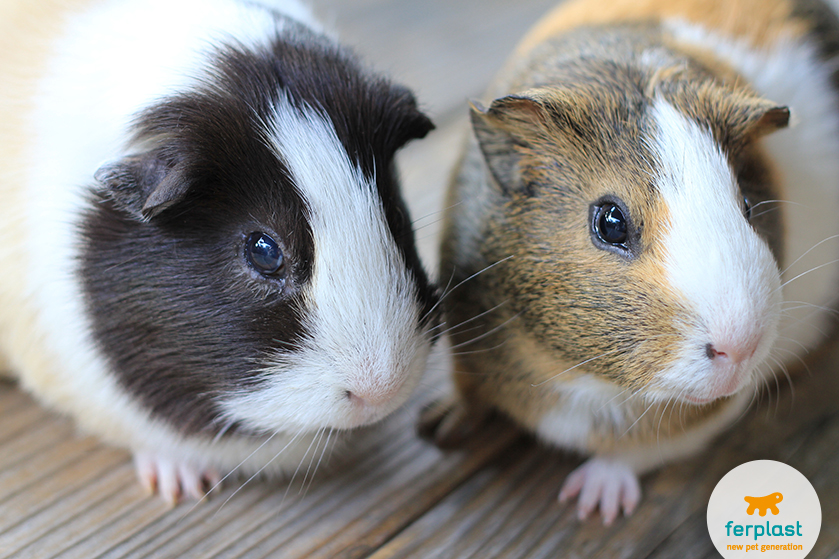 If after a week the two little ones have become friends, it’s OK to leave them alone in the same cage, and you can now permanently remove the separation grid, giving them more room so they can move about. If you want, the “annex” can easily be unhooked, in absolute safety.

The Krolik cage is the perfect habitat for several Guinea pigs, as it’s roomy and comes with all the comforts they love: a plastic little house with bowl and a ladder-like bulkhead, a trough for their hay and a water spout. This cage is very easy to maintain: its convenient front gate can be raised for easy access, so that cleaning is a breeze. Your Guinea pigs will love this tidy, clean-smelling habitat.

What are you waiting for? Your Guinea pig needs a friend! Follow these tips and you can’t go wrong!