One of the ocean’s most fascinating and singular creatures is, without a doubt, the seahorse. What is it? Where does it live? What does it live on?

Seahorses have a very unusual appearance, to the point that as early as in ancient Greece they were considered mythological creatures that did much to colour people’s imagination. Their scientific name, known by many, is Hippocampus, a word consisting of the Greek terms “hippos”, meaning “horse”, and “kampos”, sea monster. It is, however, not limited to the Greek shores and the Mediterranean Seas: this elegant sea creature can be found in shallow, temperate waters throughout the world.

Existing in more than 35 different species, seahorses can have the most varied colour combinations. In addition, their camouflage skills, although not particularly developed, allows them to adapt their colour to those of the surroundings. 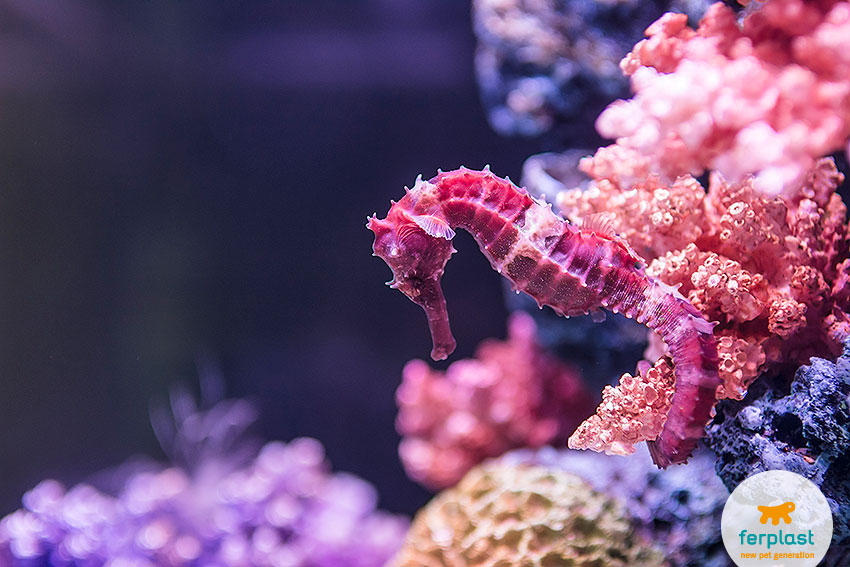 ONE OF A KIND

What makes seahorses so unique is not only their bizarre shape, similar to the head of a horse. Their most singular aspect is probably their mating habits. Among seahorses, the female lays the eggs… But it is the male that gives birth. Great arrangement, isn’t it? This is what happens: when the eggs are almost ready to be fertilised, a fascinating courting dance takes place, at the end of which the female lays the eggs in the male’s pouch. It’s then the male’s duty to fertilize the eggs and keep them until it’s time to give birth. Another element that makes these animals even more interesting and romantic is their tendency towards monogamy, which means that once joined, a couple of seahorses remains together for life.

But there are more wonders to come: when studying a seahorse from up close, you may notice that their eyes move independently from one another. Each eye can look at different things, from opposite sides of the head, which widens their field of vision. These amazing creatures are also great eaters: as their digestive system is very limited, they must eat very often in order to survive, sucking plankton, small crustaceans and other tiny prey into their toothless mouths. 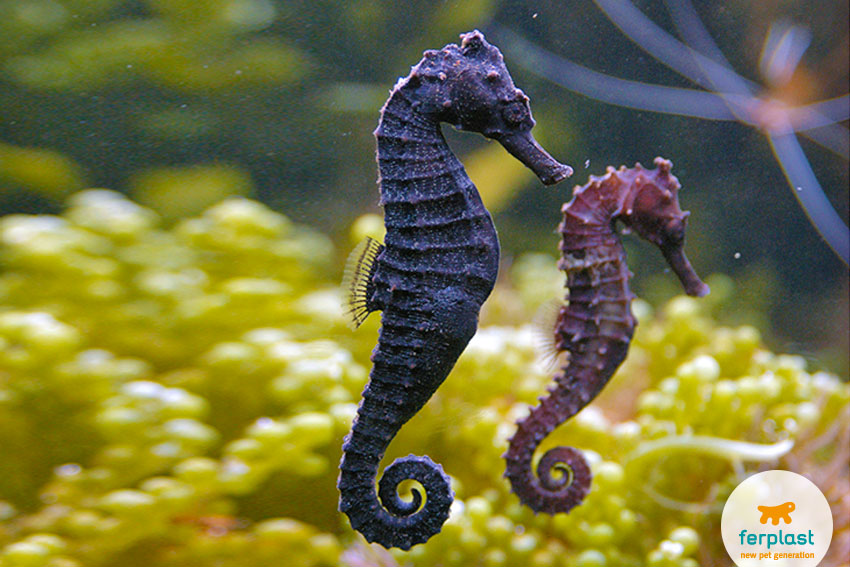 SEAHORSES IN A FISH TANK

Due to their unusual aspect, seahorses are not very skilled swimmers. They move mostly along the vertical axis, in calm waters (they risk dying of fatigue in rough waters), and use their prehensile tails to anchor themselves to algae, corals and sea plants to rest or wait for a prey to swim by. Their habitat contains elements that allow them to get a grasp and hide.

These things, of course, also apply to anyone who wishes to raise sea horses in a sea tank. The tank must be provided with several elements to which the sea horses may hook themselves to, and water movement must be gentle. Remember that they are unskilled swimmers, which means that putting them in the company of other fish is not advised: they will probably find it hard to compete for food, or may even end up being eaten. If you want to have a seahorse at home, keep it alone in its own exclusive tank, and keep in mind that a medium-sized specimen (approximately 15 cm) requires at least 60 litres of water. Keep lighting soft so it does not disturb them. Water quality must be kept high, with a low level of nitrates. 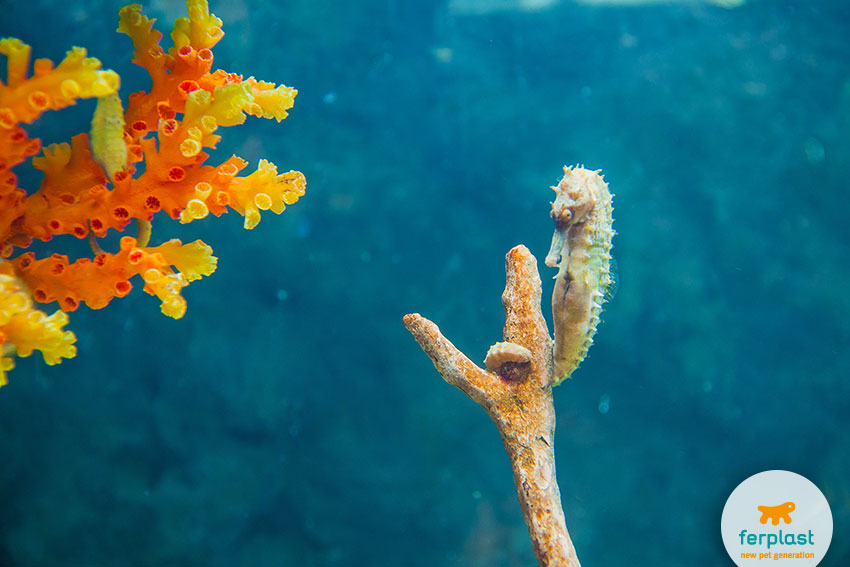 Finally, as they are delicate creatures, seahorses should only be raised by people with previous experience with fish tanks and with plenty of passion. If you’re still a beginner in this world, we advise you to start with less demanding species and gradually build up the necessary experience to admire seahorses in their tank.