MY DOG EATS TOO MUCH, WHAT TO DO?

A typical dog trait is behaving like a vacuum cleaner, gobbling up dog food and anything edible they come across. Many dogs can be described as glutton and avid, but a healthy, strong dog has correct eating habits. How do you correct an improper behaviour?

Many dogs eat too much and too fast and yet remain hungry when they’re done, to the point that as soon as they come across their bowls full of food, they gobble it all up in minutes. Others patrol our table as we sit to eat, anxiously hoping that someone offers them a bite of something or that we drop a crumb, which they immediately swallow. Have you ever found yourself watching TV from your sofa, popcorn bowl on your lap, and your dog whining for some as if he hadn’t eaten in days? How can anyone resist? 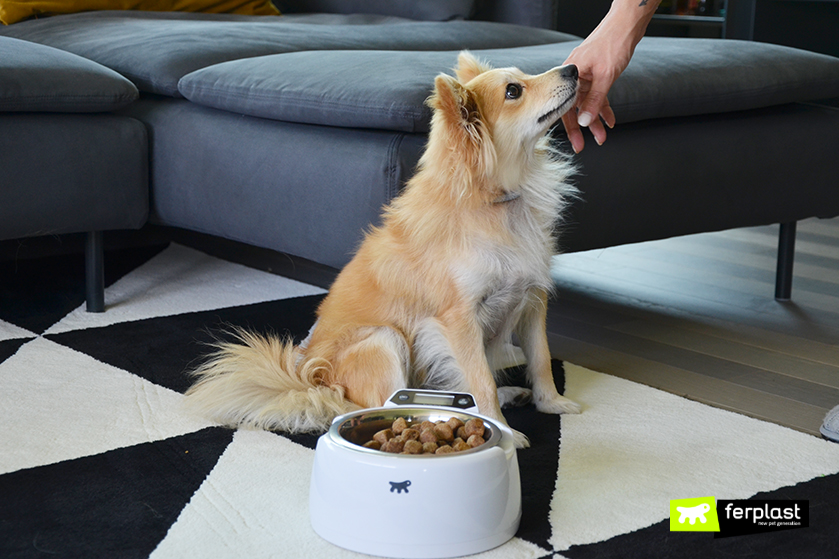 Some of us are guilty of these bad habits. Your dog has probably been taught improper food habits since he was a puppy: you and your family have spoiled him by offering him food throughout the day. Just like for us humans, food is also a refuge. We often eat when we’re bored, too. And voilà, we have just identified two wrong behaviours that are easy to correct.

Dogs obviously can’t be expected to understand the importance of sticking to the rules. They base their own behaviour on experience and repeated gestures, which means that if we make an effort to correct our wrong behaviours, he, too, will change his reaction to food. 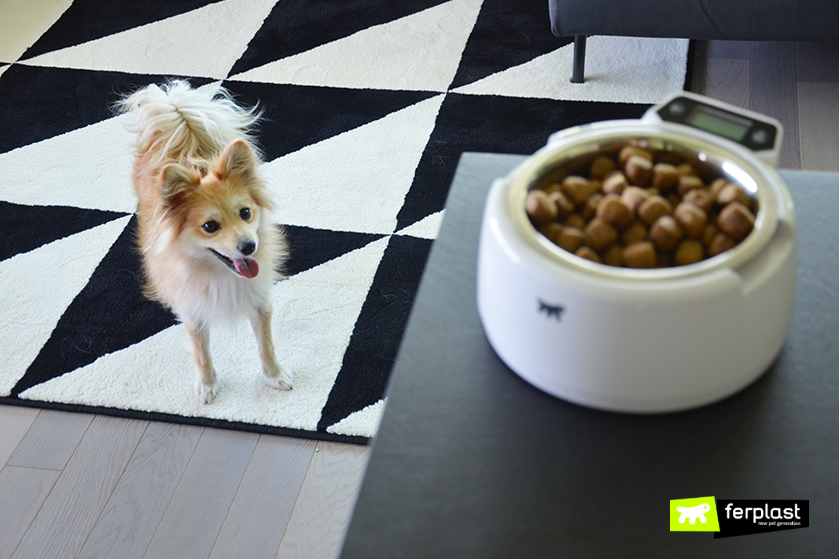 This is what we should do:

1. OFFER SMALL PORTIONS, SEVERAL TIMES A DAY. Once your veterinarian has defined the most suitable amount of food according to your dog’s physique and lifestyle, divide it in at least two smaller meals, to make digestion easier and avoid keeping him for hours on an empty stomach. The result is a dog that is less hungry. A good idea to accomplish this is to use our brand-new Optima bowl with built-in digital scale. Weigh the food as you pour, avoiding waste and wrong amounts. 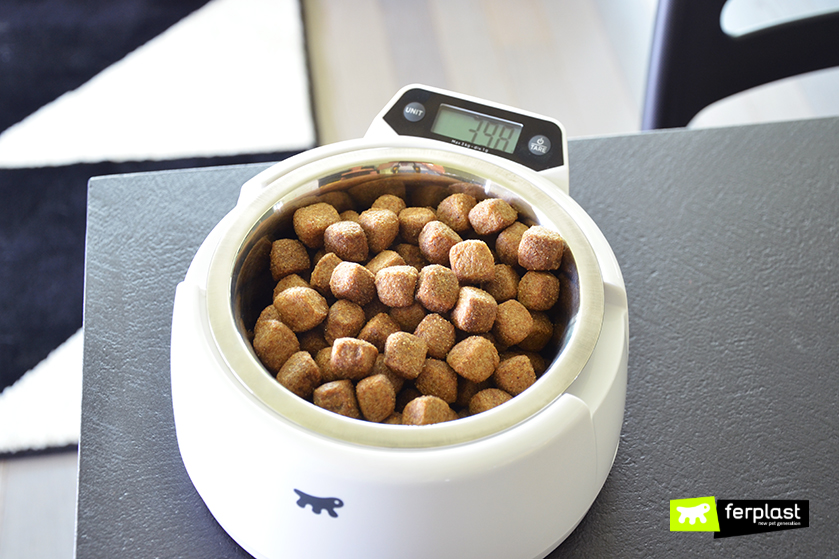 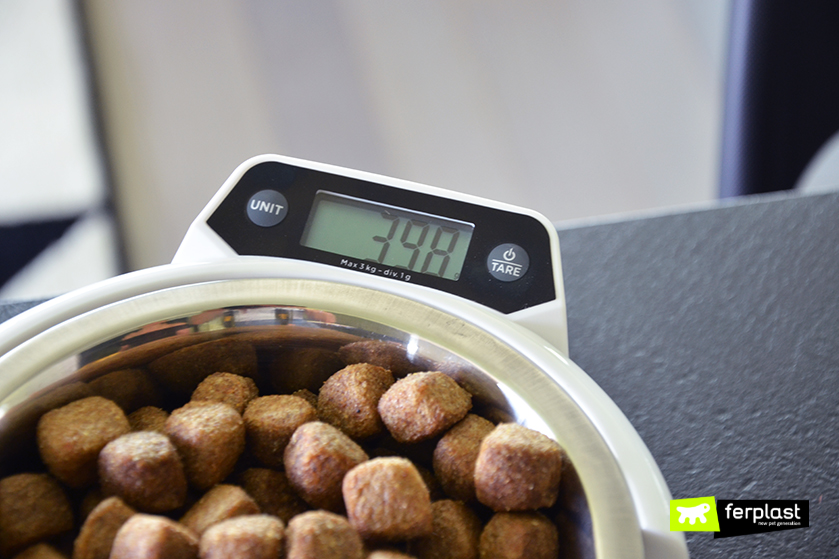 2. JUNIOR, START PLAYING WITH YOUR FOOD! It can be a god idea to give your dog a toy you can fill with treats, so that he’ll have to spend some time to get his food. It also stimulates his hunting instincts. 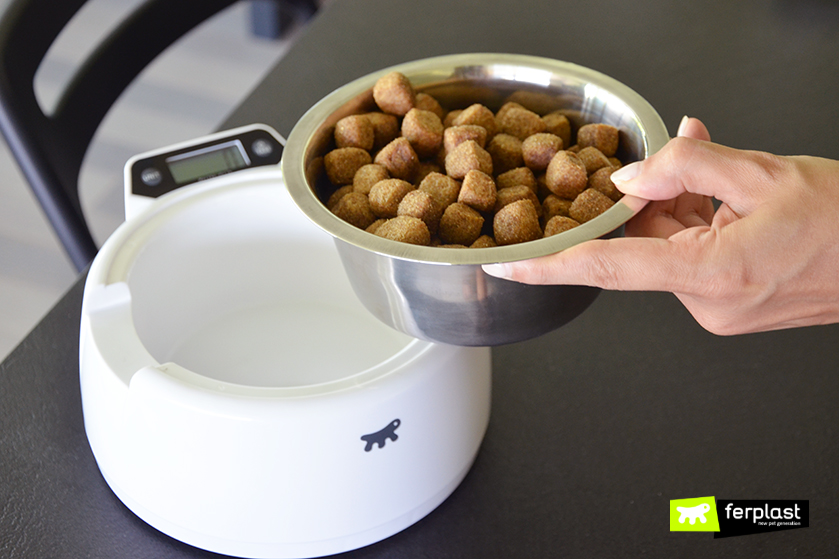 3. LET HIM EAT BY HIMSELF. Dogs will sometimes overeat when in the company of other dogs. If you own more than one quadruped, keep them apart during meals, leaving each one’s bowl in a different room. Let them eat in peace and quiet. 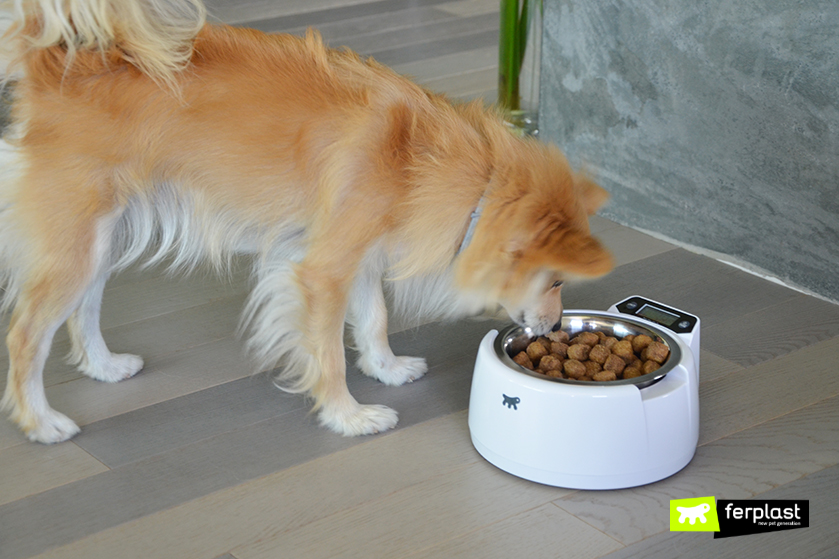 4. INCREASE PHYSICAL ACTIVITY. A bored dog needs to find his vitality back, instead of dedicating his life to meals and naps. Going out for a nice walk with your friend will improve his mood as well as yours, will make you both burn some calories, and will make him happier and healthier! 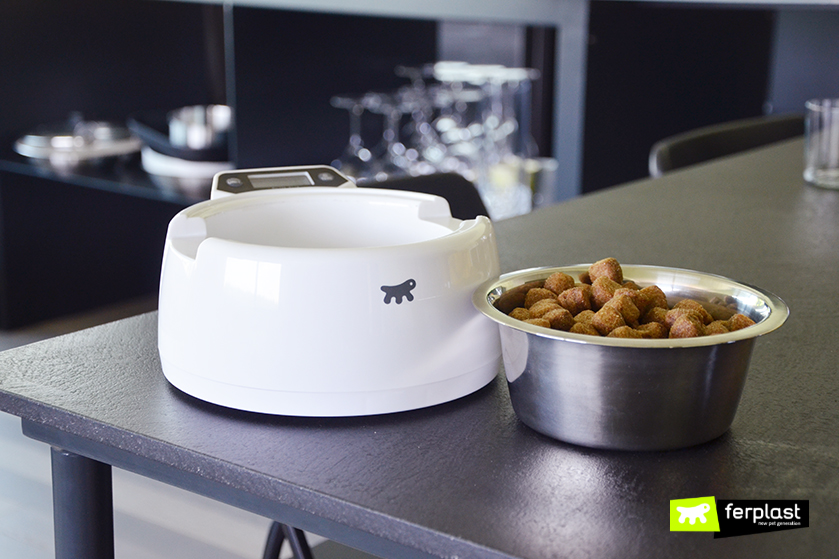